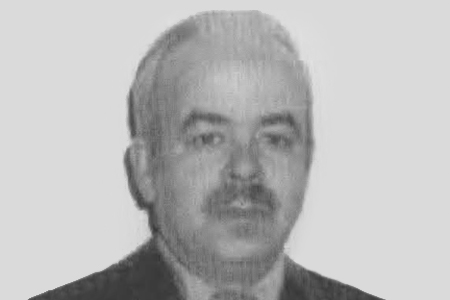 Civil Guard corporal Eugenio Recio was walking along Calle Las Viñas in Santurce towards the train station when a member of ETA approached him from behind and shot him through the back of the neck, killing him. The killer had been reading a newspaper to while he waited for Eugenio Recio. Before shooting him, he pointed his gun at another man and at a young woman. After the crime, he got away in a car that had been stolen by four terrorists.

The victim had requested to be posted to Salamanca, but his permission to be transferred out of the Basque Country did not arrive in time. 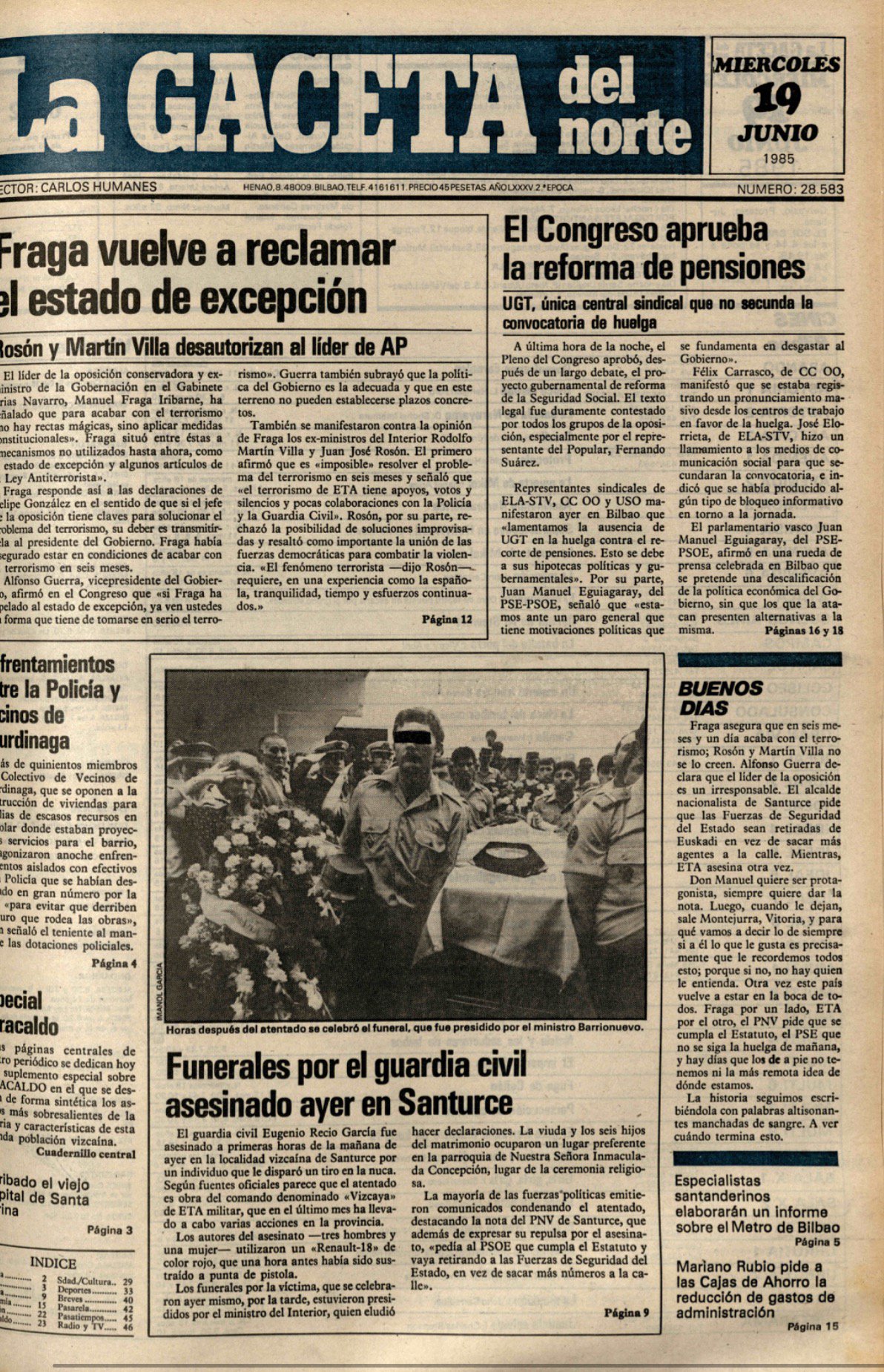 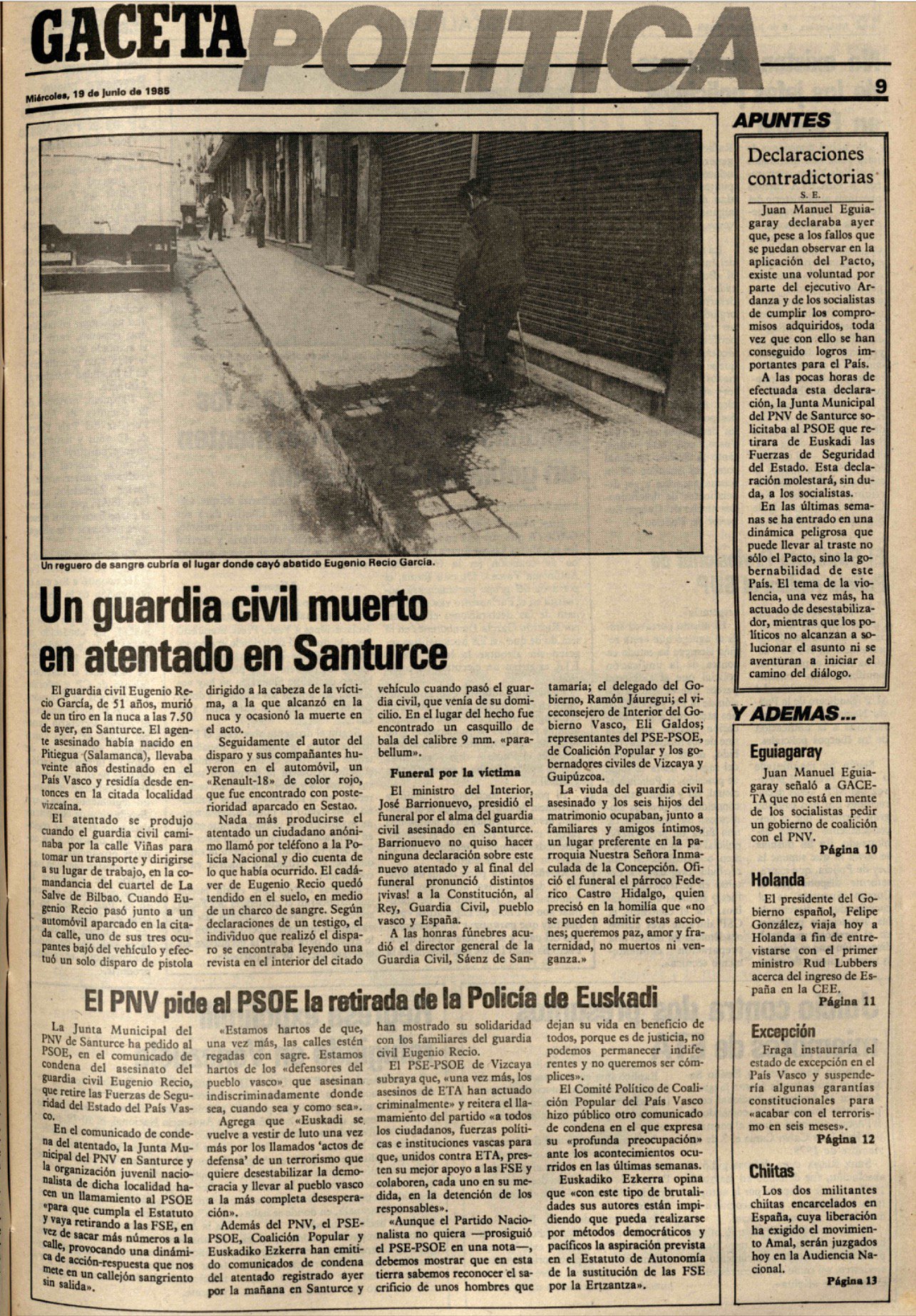 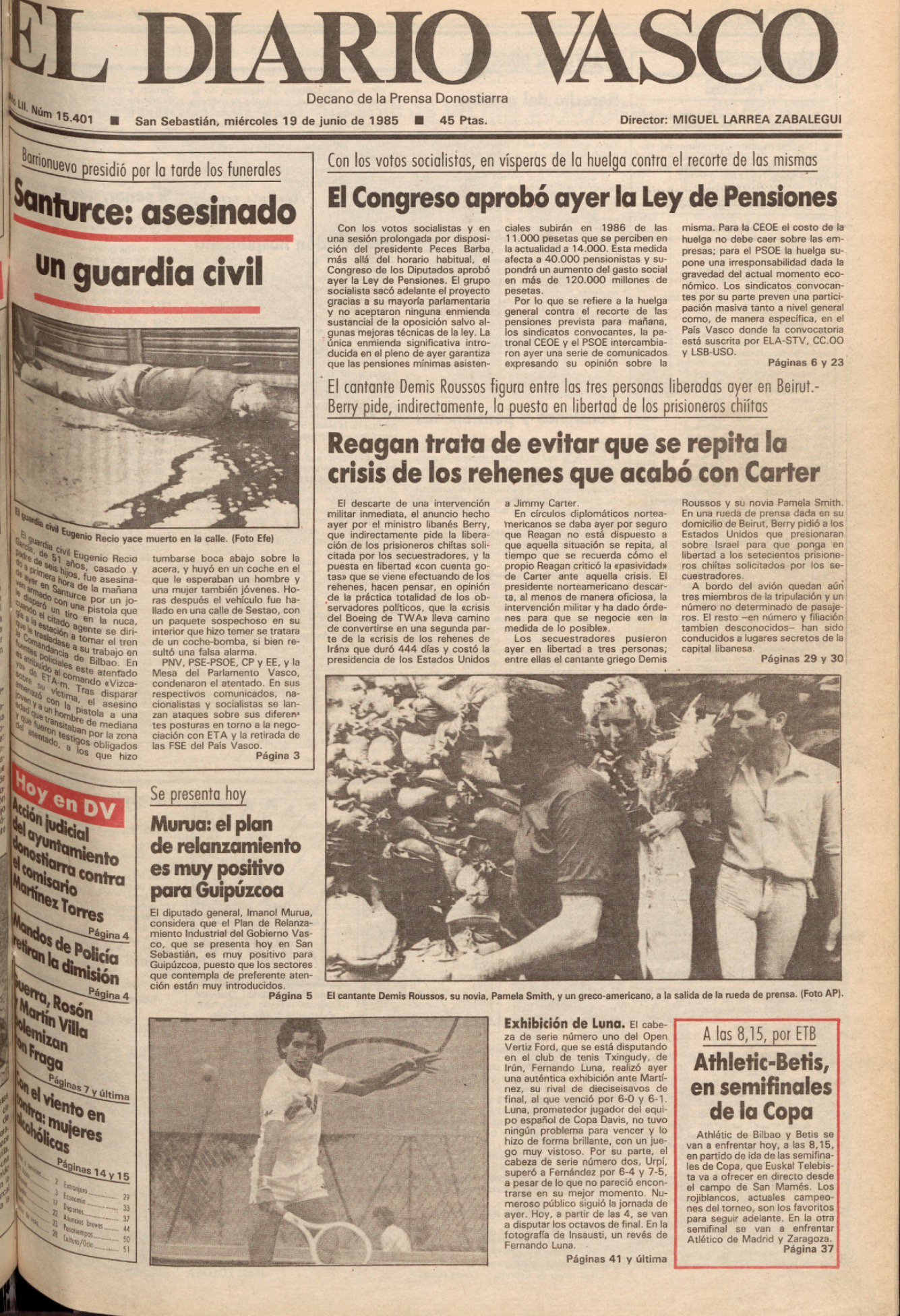 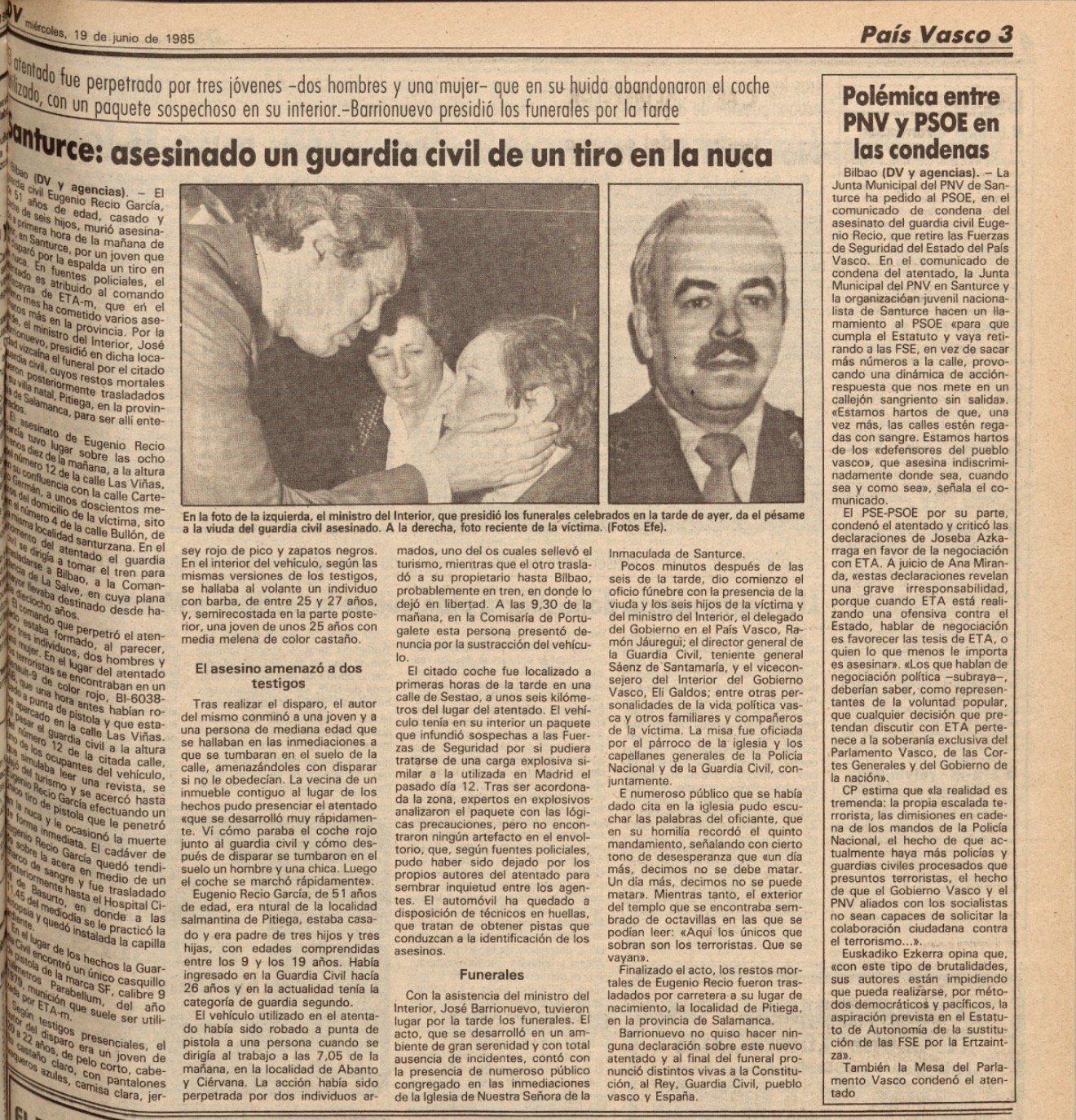 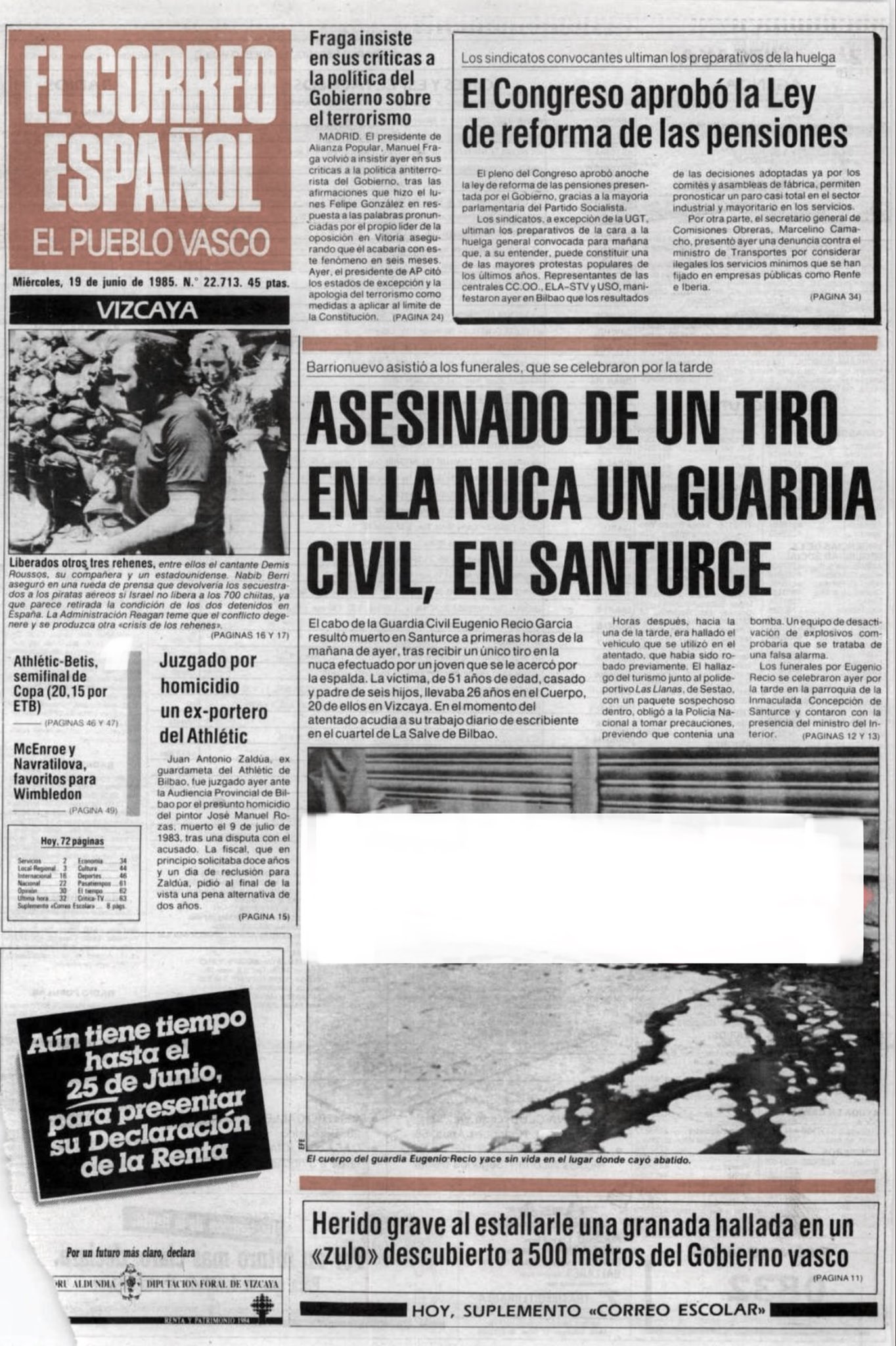 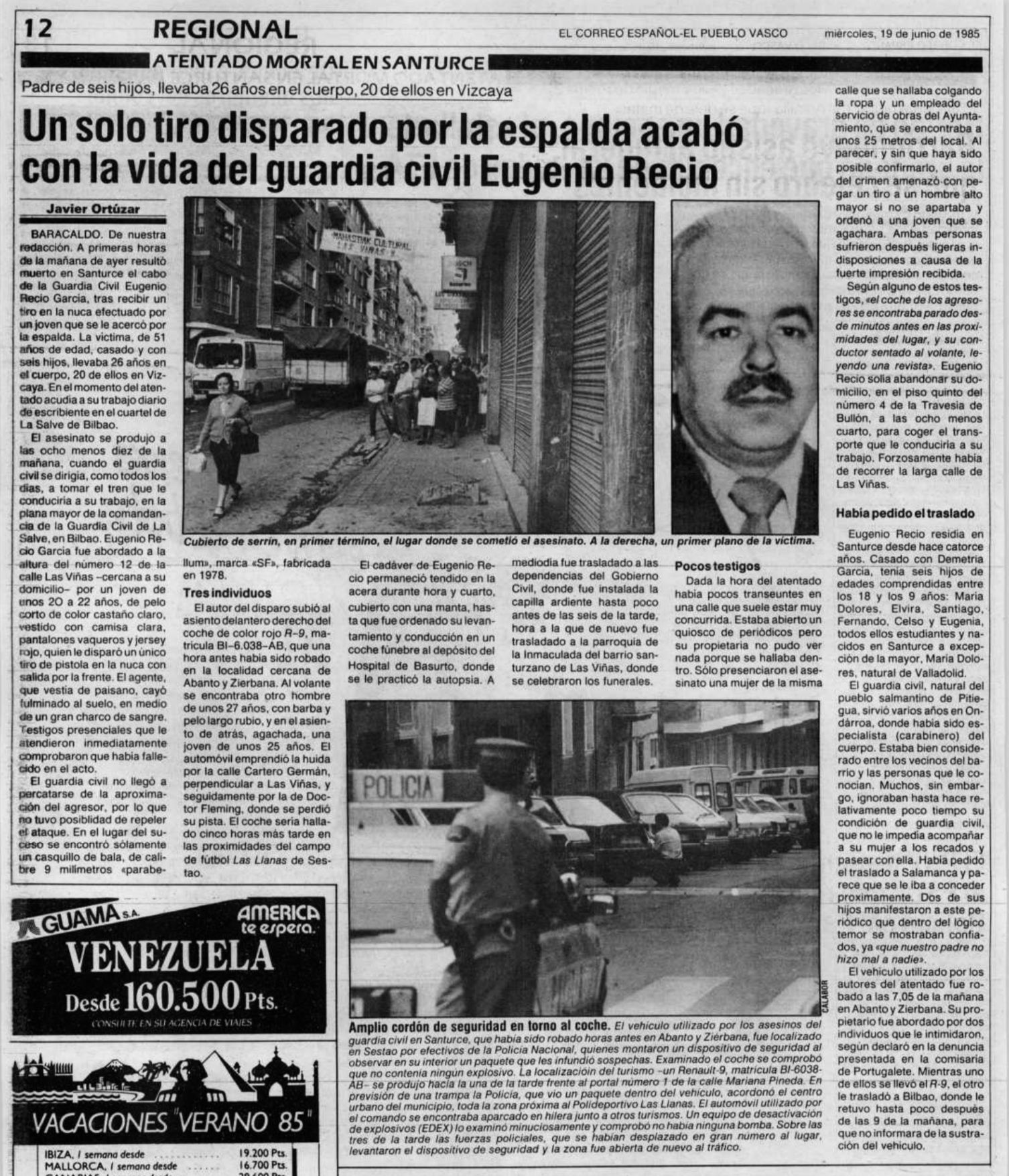