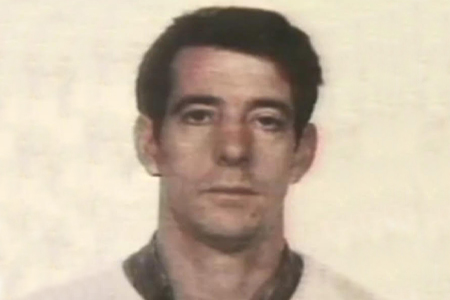 Eugenio Olaciregui Borda had just left home to go to work in the neighbouring town of Oyarzun, when a gunman approached him from behind and shot him in the back of the head. He was pronounced dead on arrival at the Nuestra Señora de Aránzazu Hospital in San Sebastian

ETA sought to link Eugenio’s to the arrest of Valentín Lasarte Oliden in March 1996. The terrorist had been detained a few hours after purchasing a bicycle at Hyper Bike Sport, where Olaciregui worked.

On 9 January 2011 Consuelo Ordóñez (sister of Gregorio Ordóñez) said that two years after Lasarte’s arrest someone who preferred to remain anonymous told her that it was they who had tipped off the police, and that Eugenio had had no connection with Lasarte’s arrest.

To add insult to injury, the street on which Eugenio was killed was named after an ETA terrorist, at least until 2011. His killing also coincided with World Peace Day, when Spain demanded the release of the hostages Cosme Delclaux and José Antonio Ortega Lara. 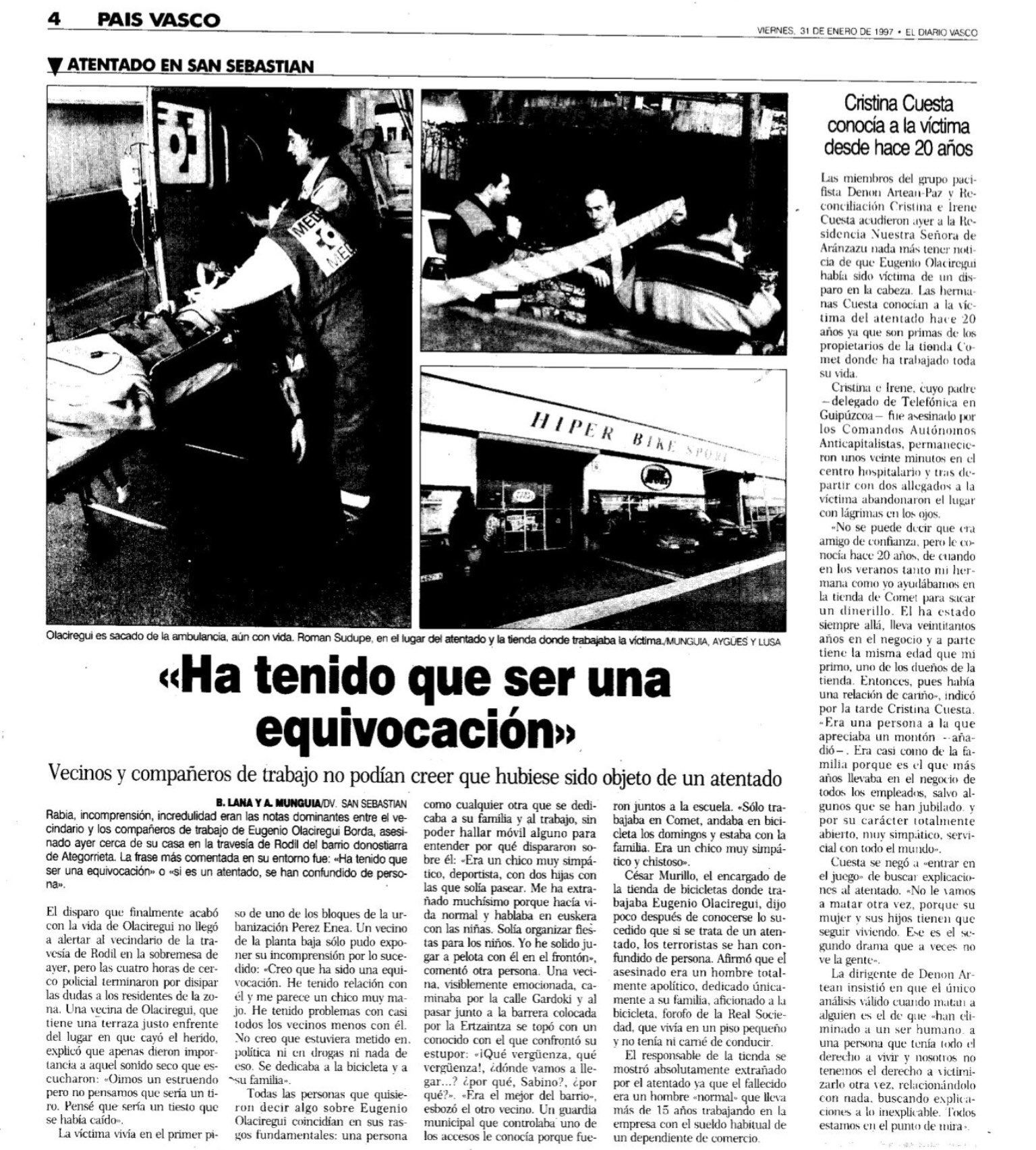 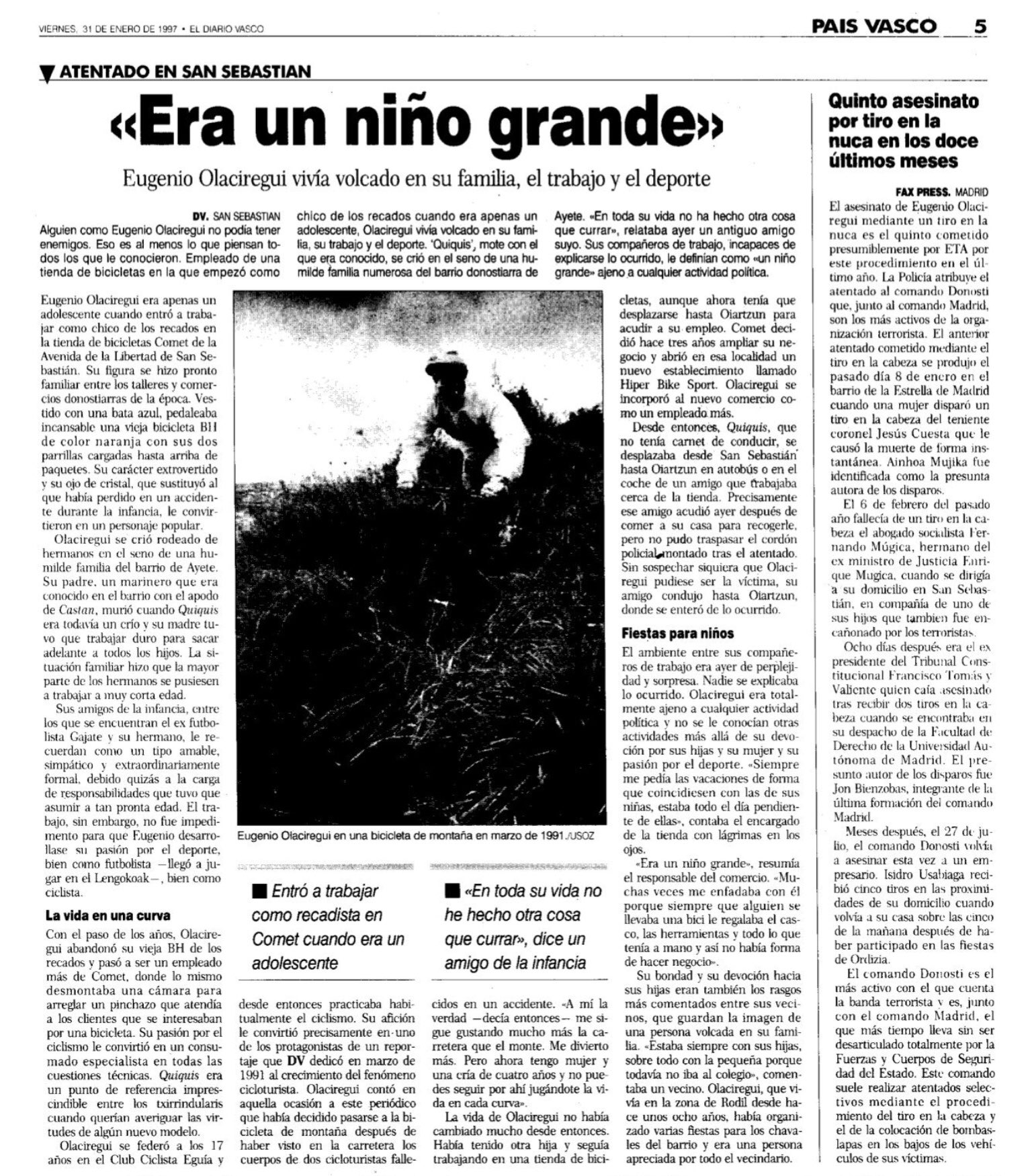 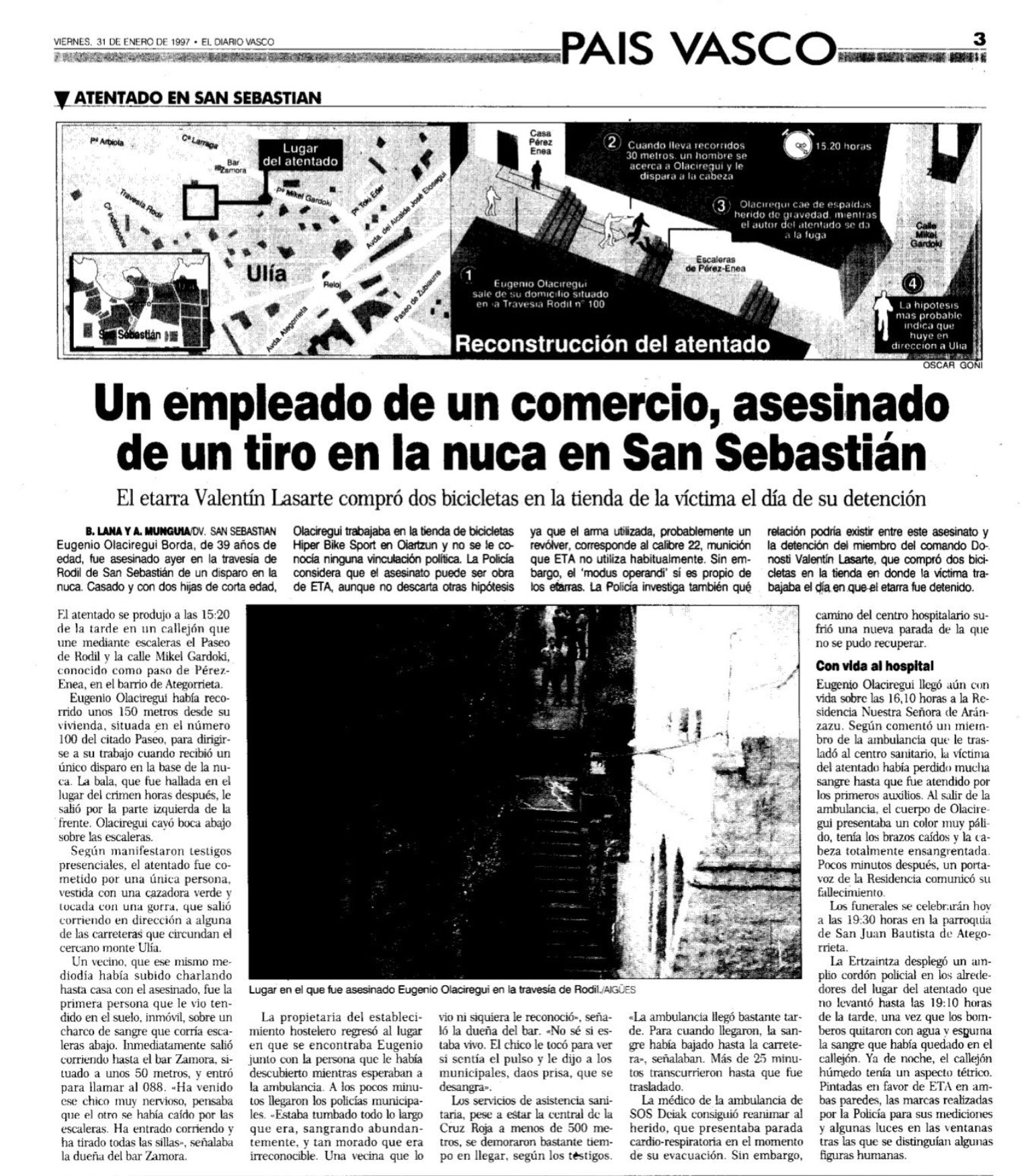 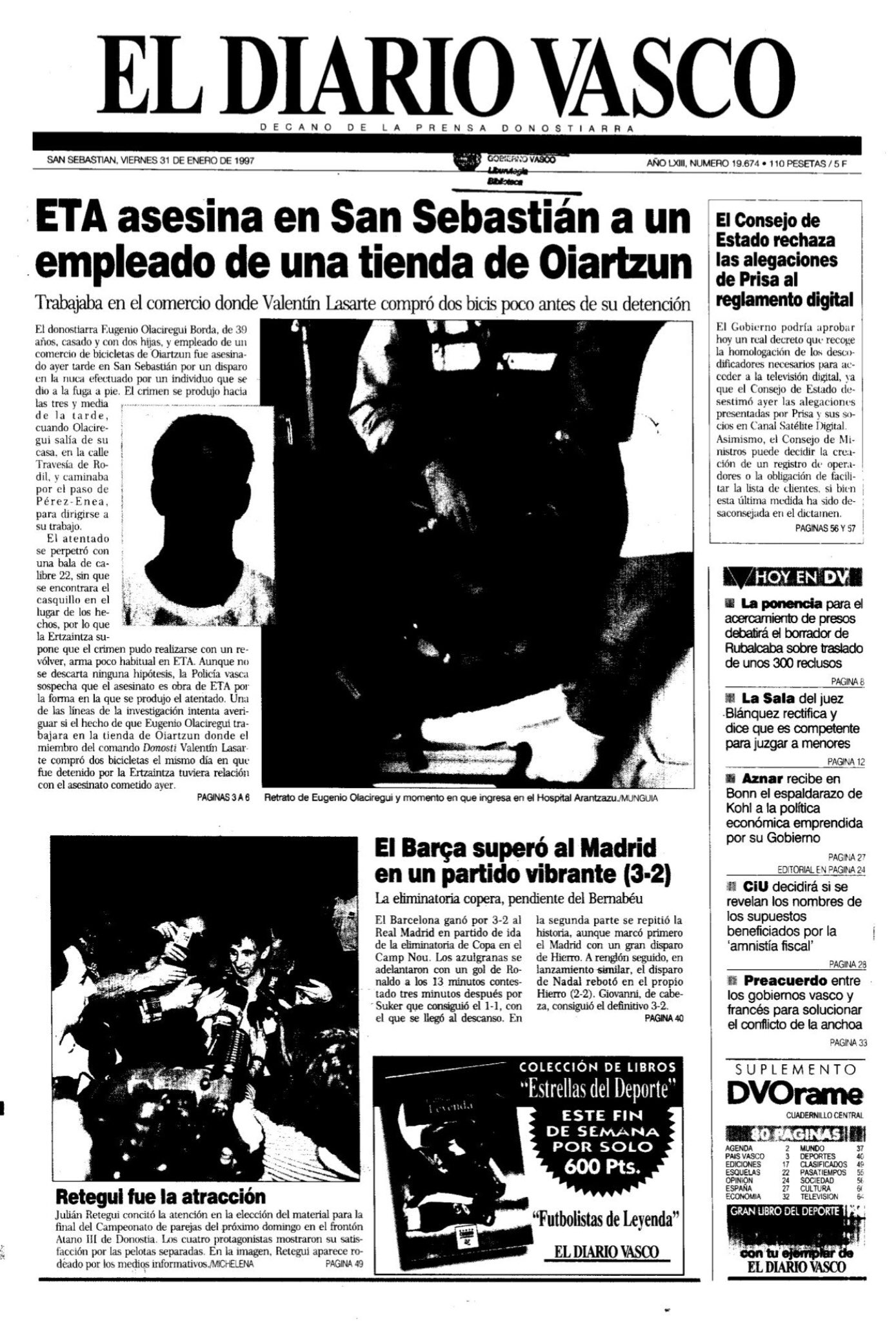