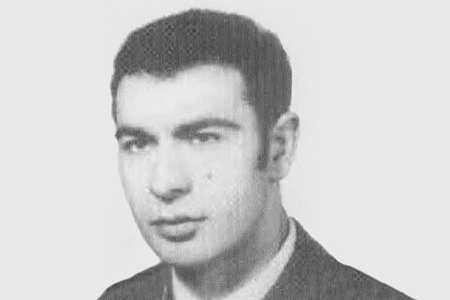 Esteban Sáez Gómez was one of a number of Civil Guard officers in two Land Rovers escorting a truck containing 200 kilograms of dynamite. At 8.20 am on 29 January 1979, as the convoy was passing Tolosa, several ETA terrorists set off a bomb. The powerful blast caught the right-hand side of the Land Rover, blowing the roof off the vehicle. The explosion was heard throughout the town.

The terrorists followed the initial attack by raking the vehicle with machine-gun fire. However, the officers in the first car managed to return fire and the gunmen took to the hills. They had also planted a second device containing ten kilograms of Goma-2 and shrapnel, which was fortunately defused by a Civil Guard bomb disposal team. The attack could have been even more lethal if the explosion had set off the hundreds of kilograms of dynamite being transported in the truck.

Officer Esteban Sáez was seriously injured, receiving a fractured skull and traumatic shock. He succumbed to his injuries several days later, on 4 February. Three of his colleagues who were injured in the attack took several months to recover.