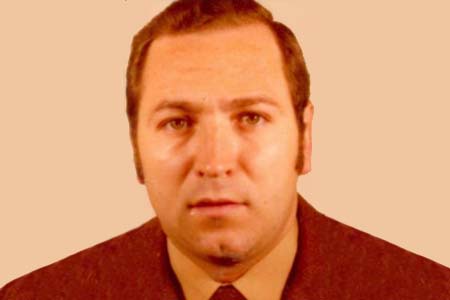 Having shot and killed Army Colonel Vicente Romero González-Calatayud and his driver, Juan García Jiménez, on Calle General Oraá, ETA member José Ignacio de Juana Chaos made his escape in a car with Belén González Peñalva and another man, all members of the group’s Madrid unit. They subsequently abandoned the vehicle in the car park of the El Corte Inglés department store on Calle Goya with an explosive device inside containing 24 kilograms of Goma 2. ETA sent a warning to the National Police with the location of the vehicle, the first car bomb the organisation had planted in Madrid. Police officers cleared the building and located the car, which had been left with the doors open. The bomb squad were called to the scene and officers Esteban del Amo García and Gerardo Puente were attempting to defuse the device when it went off. Esteban del Amo was killed. His colleague, who suffered severe injuries to the left arm, managed to get away.

“I did not see the explosion, let alone feel it. You don’t hear anything… I heard absolutely nothing, but I was blinded, I was left with a flash, as if I had been staring at the sun for a couple of minutes”, said Gerardo Puente. When the bomb went off, Esteban del Amo received the full force of the blast, shielding his companion and thus saving his life.

When press photographers arrived at the scene of the attack, one policeman shouted at them, “Take a photo of this. This is the blood of a hero who gave his life for his country”.