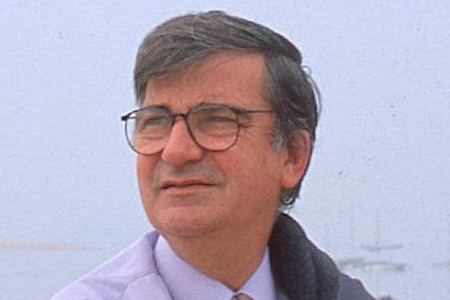 Ernest Lluch was a leading intellectual and a Professor of Economics at the Central University in Barcelona; an essayist and article writer, in addition to his academic work he also wrote for several newspapers, including La Vanguardia, El Diario Vasco and El Correo, and was a regular contributor on Cadena Ser radio. He wrote several books on economic history, particularly in reference to Catalonia. He had also had a political career: in the 1960s, he was involved in a number of movements opposing the Franco regime. As a student, he joined the democratic opposition to the dictatorship and became the student representative from the School of Economics. In the general elections of June 1977, he was elected MP for the constituency of Gerona with the Socialists of Catalonia coalition. He went on to serve as Minister for Health and Consumer Affairs in Felipe González’s first government (1982-1986).

On the night of 21 November 2000, Ernest Lluch was returning to his home on Avenida de Chile in Barcelona after giving a lecture in economics at the Central University of Barcelona. As he approached his garage, ETA member José Ignacio Krutxaga shot him two twice in the head, killing him instantly.

In 2001, the publishing house Dèria published a book entitled ‘Qué piensa Ernest Lluch’ (What Ernest Lluch Thinks), based on a long interview he had given to journalist Marçal Sintes in 1996. One of the questions he was asked was: “Have you received threats from ETA?”. Lluch answered:

They have been following me; they’ve done all sorts of things to me. I don’t want to go into detail; for the moment it has ended well and I don’t want to use it to make myself out to be a martyr. But now, of course, I sometimes get scared. 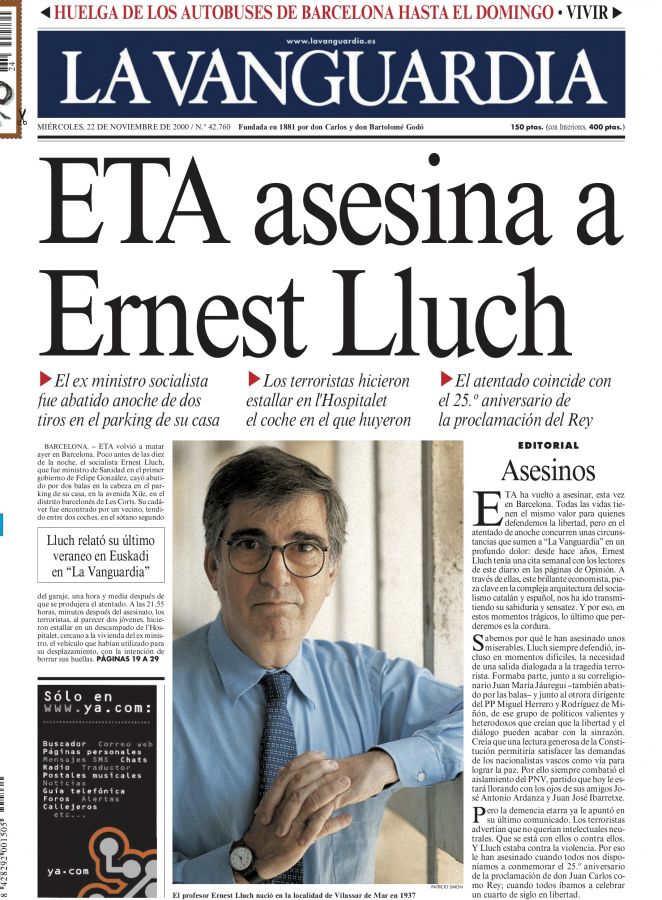 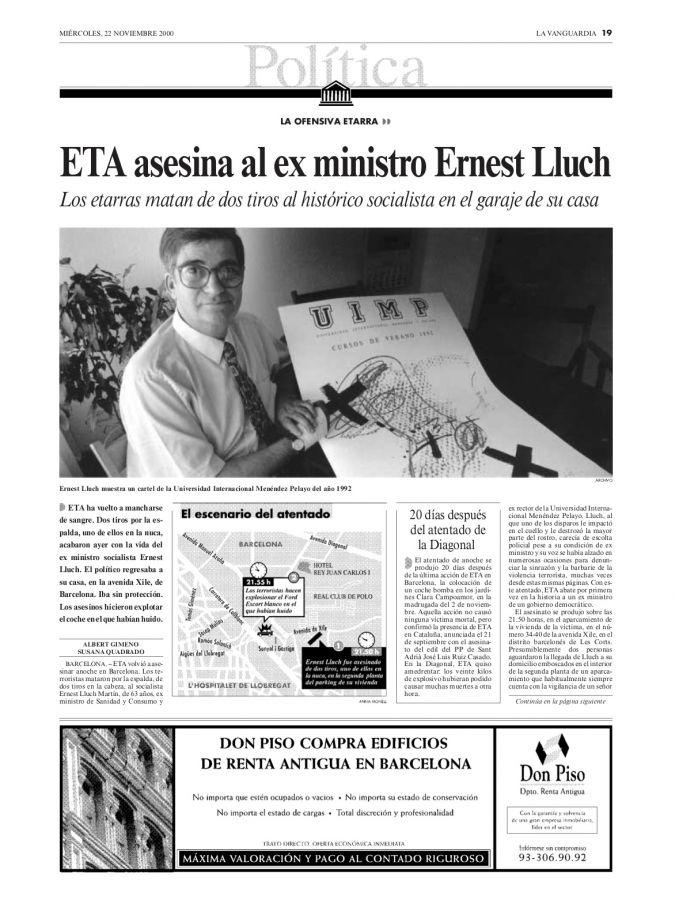 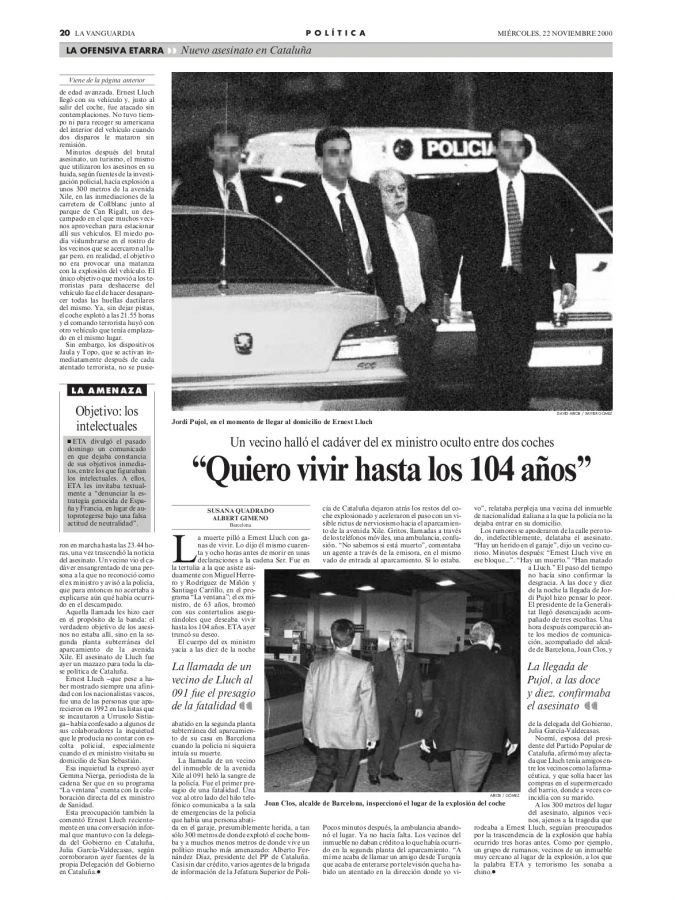 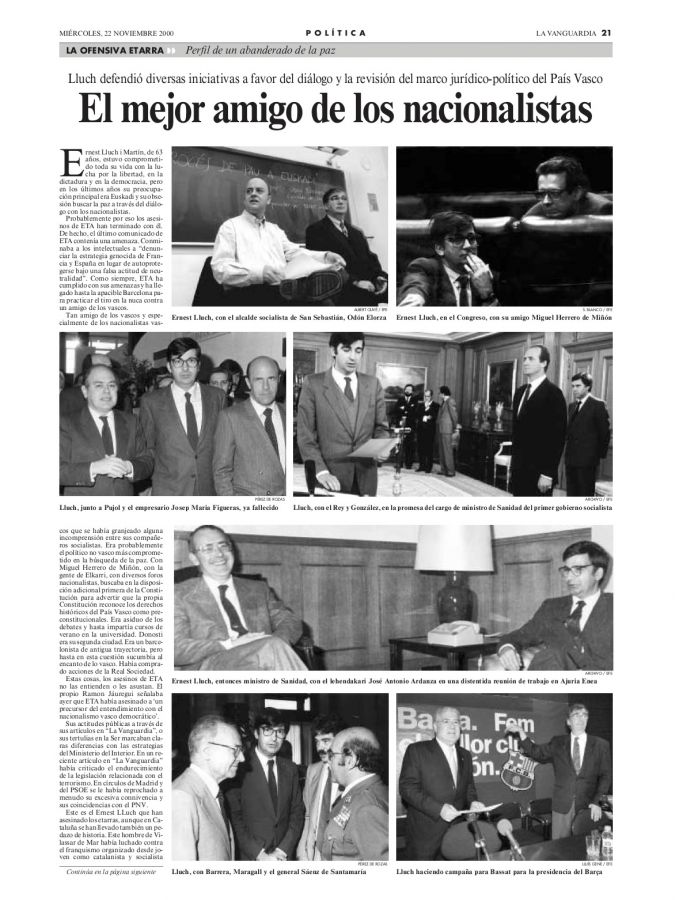 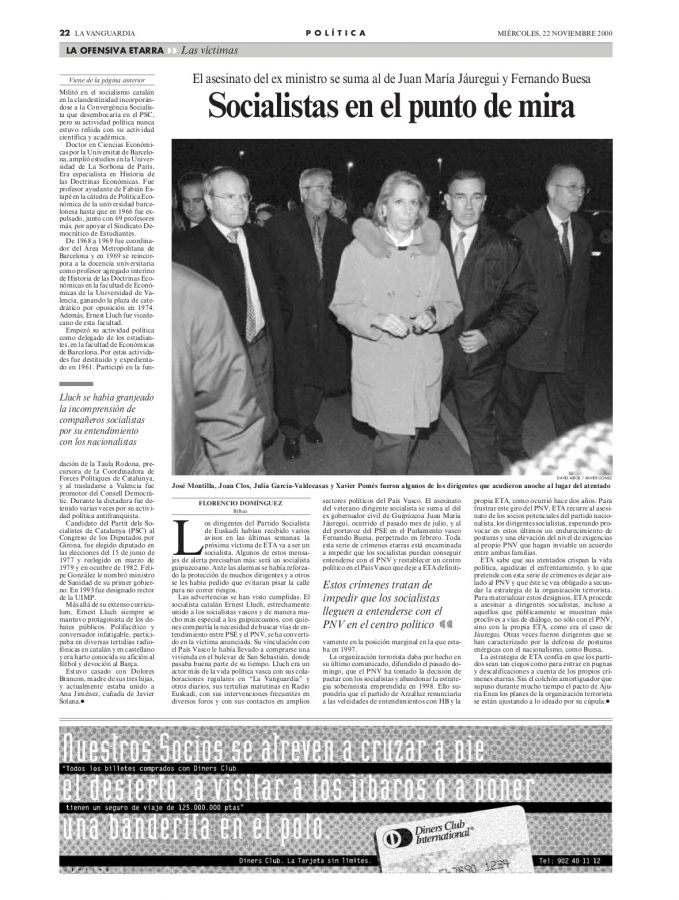 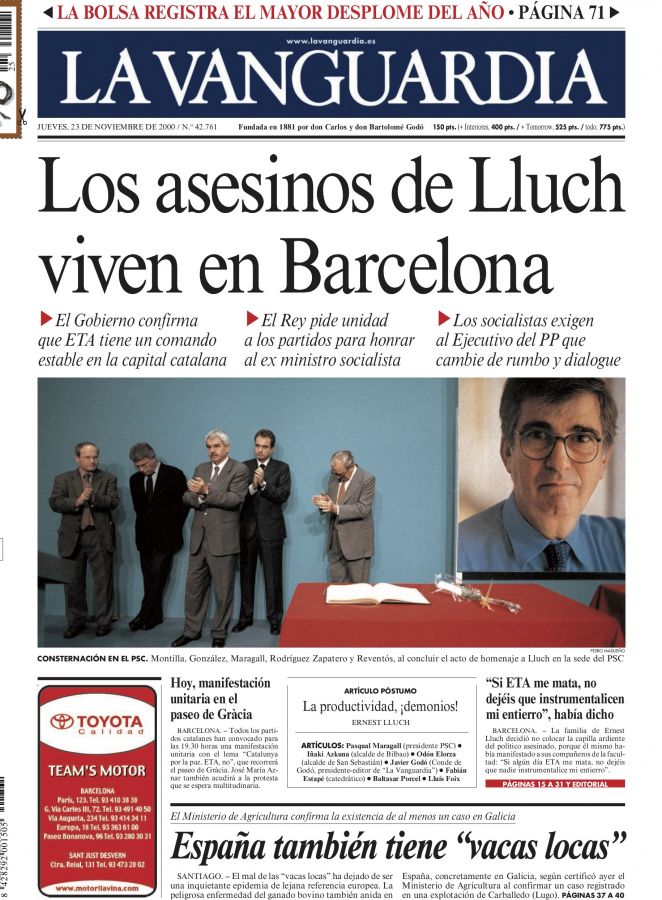 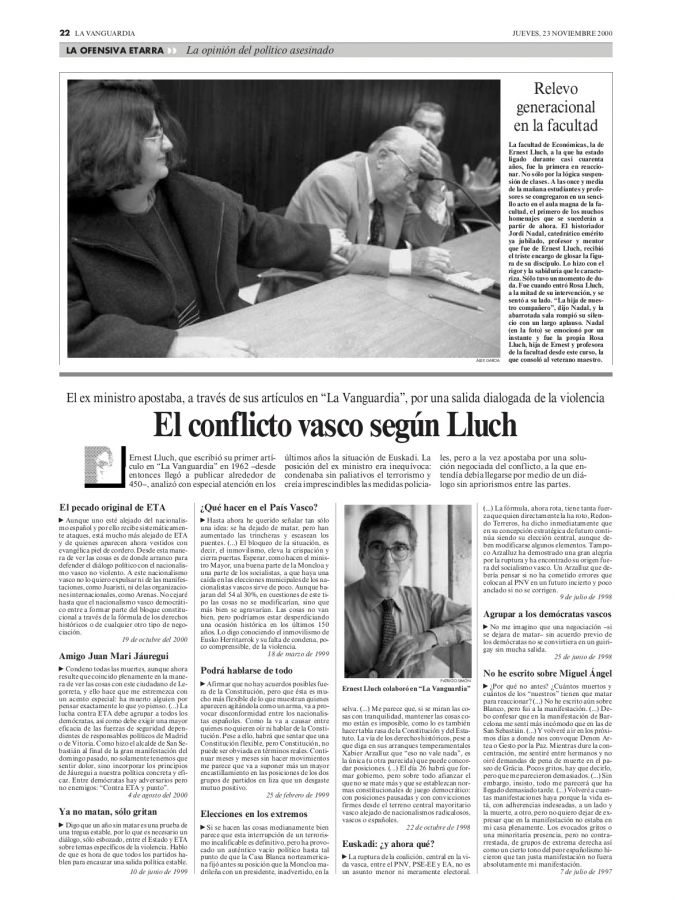 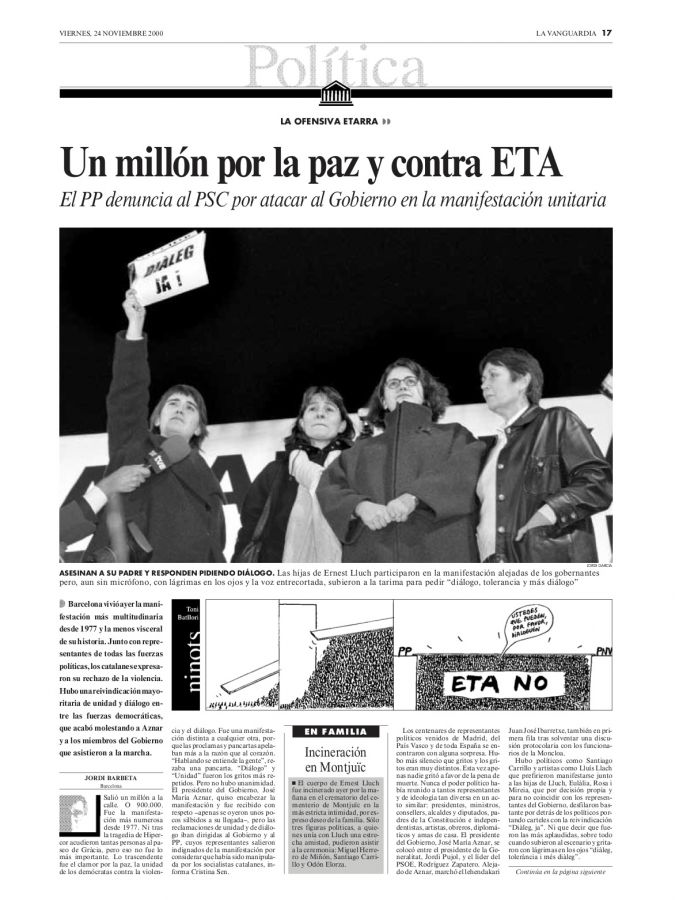