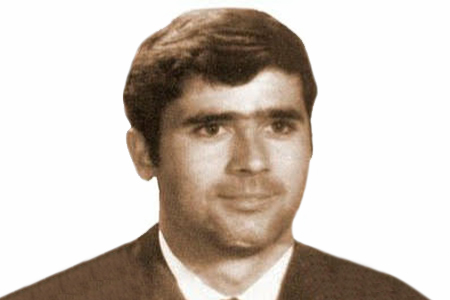 At around 10 pm on 18 March 1992, an anonymous caller speaking on behalf of the terrorist organisation ETA phoned the Civil Guard Barracks in Mongat (Barcelona) and the headquarters of the Real Automóvil Club, warning that a car bomb had been planted on the road between the towns of Llissá de Munt and Granollers. The caller said that the owner of the car had been locked in the boot of another vehicle, a Fiat Uno, parked on Calle Jacint Verdaguer in Llissá de Munt.

Several bomb disposal experts from the Civil Guard went to the place where the Fiat Uno was parked. The bomb went off as they were approaching the vehicle. Officer Enrique Martínez Hernández was caught in the blast and died two hours later at the hospital in Granollers. 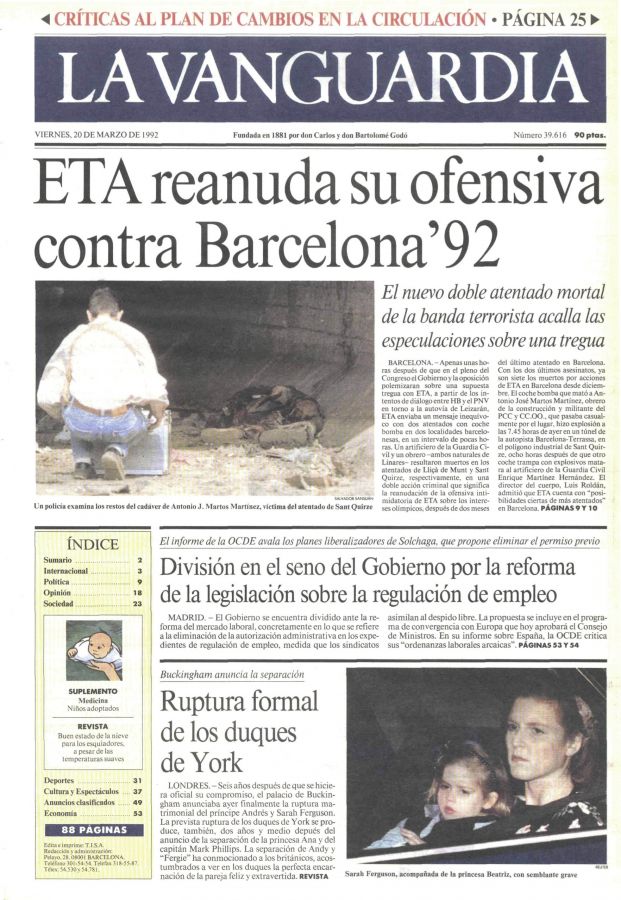 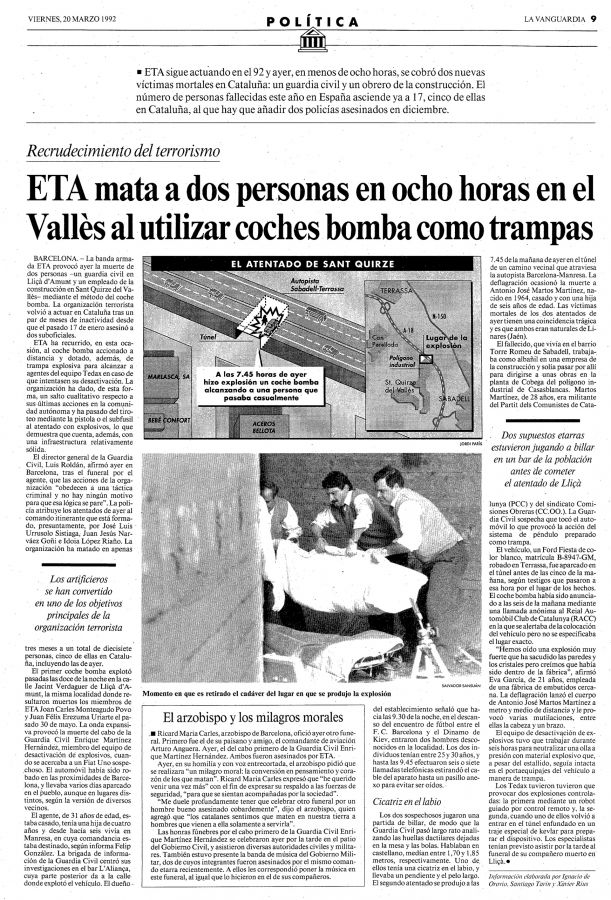