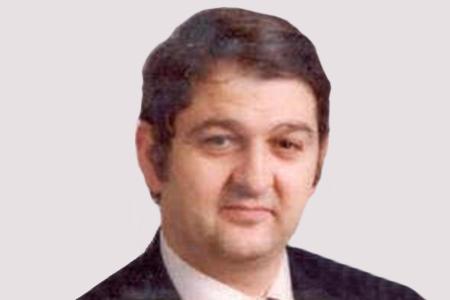 PSOE senator Enrique Casas Vila was assassinated by ETA three days before the 1984 Basque regional elections. He had gone home to have lunch with his family. At about 2:45 pm, the doorbell rang. Although Casas was initially reluctant to open the door, the assailants told him they were from a crew of workers digging a channel for a pipe next to his building. They were dressed in rain gear and reefer jackets similar to those worn by building labourers.

When Enrique Casas opened the door, he was met by two strangers who started shooting at him. The senator tried to get to safety, but one of the ETA members followed him into his home and fired at him again as he lay on the floor. He was shot seven times in the neck, face and thorax and died instantly. The victim’s eldest son, aged 17 and his youngest son, aged 8 months old, and the woman who was taking care of the child were all in the apartment at the time.

Enrique Casas was the Secretary for Organisation of the Socialist Party of the Basque Country between 1977 and 1979 and Secretary General of the party in Guipúzcoa. He was also a Basque parliamentarian and had been a senator since 1983. 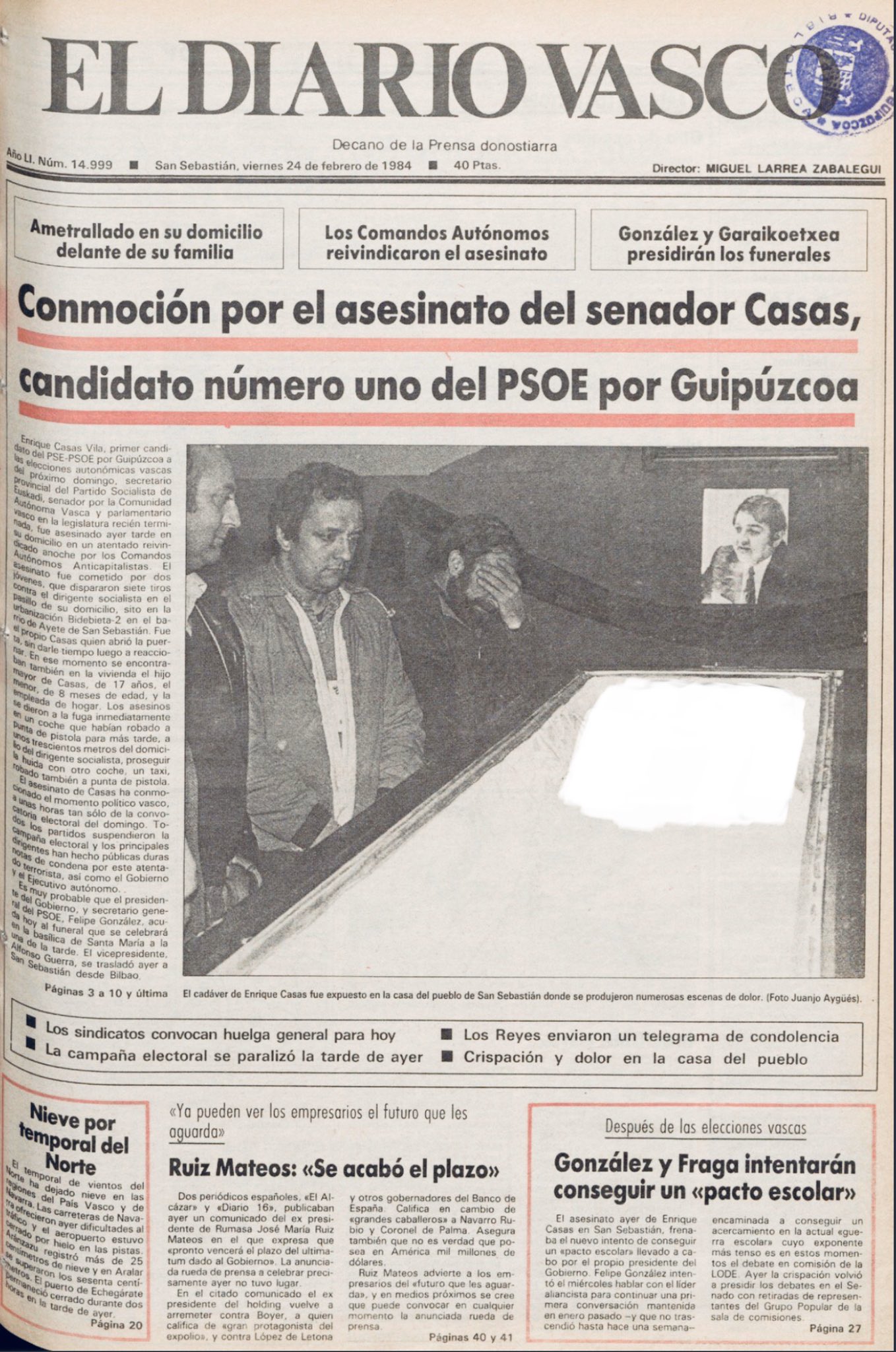 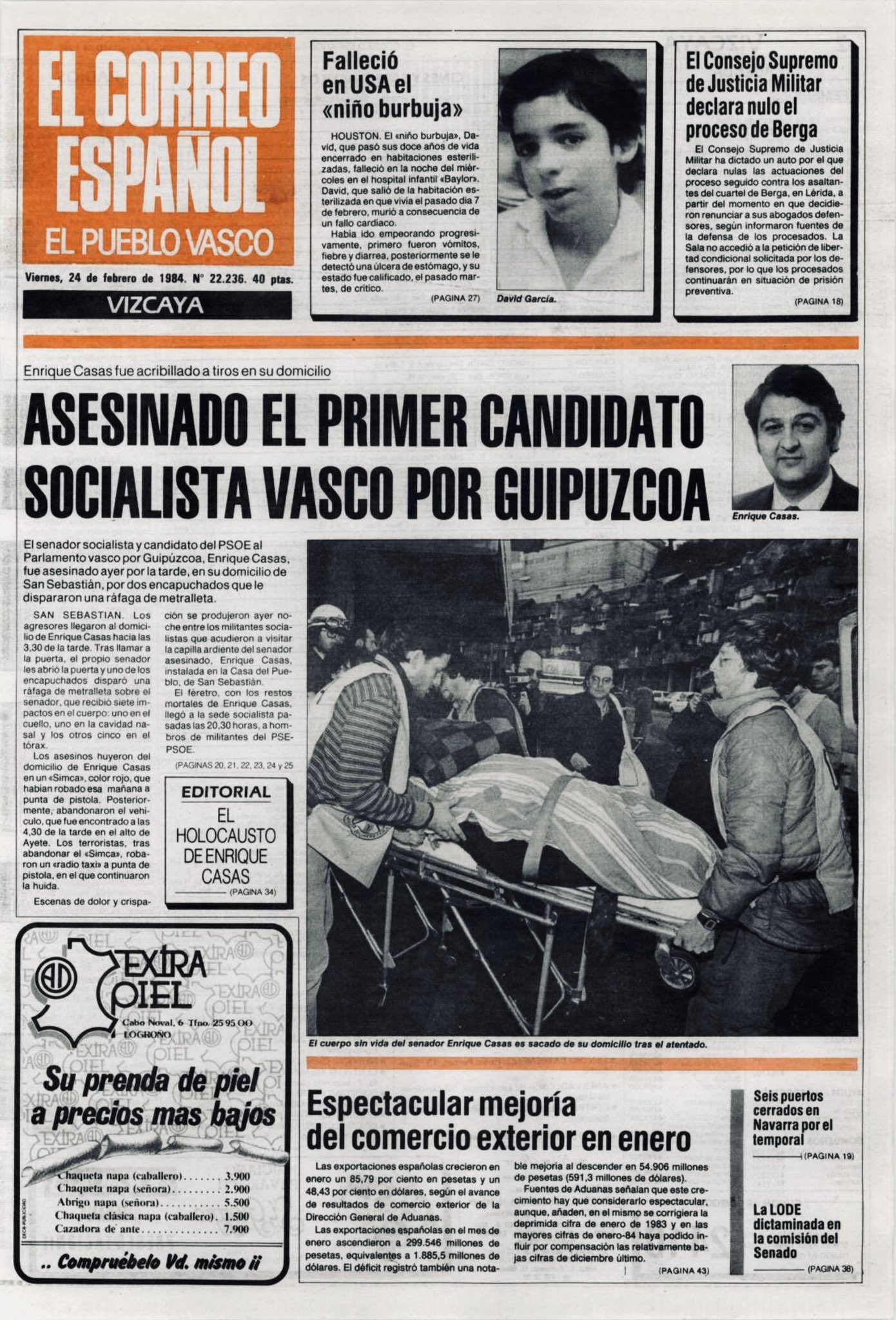 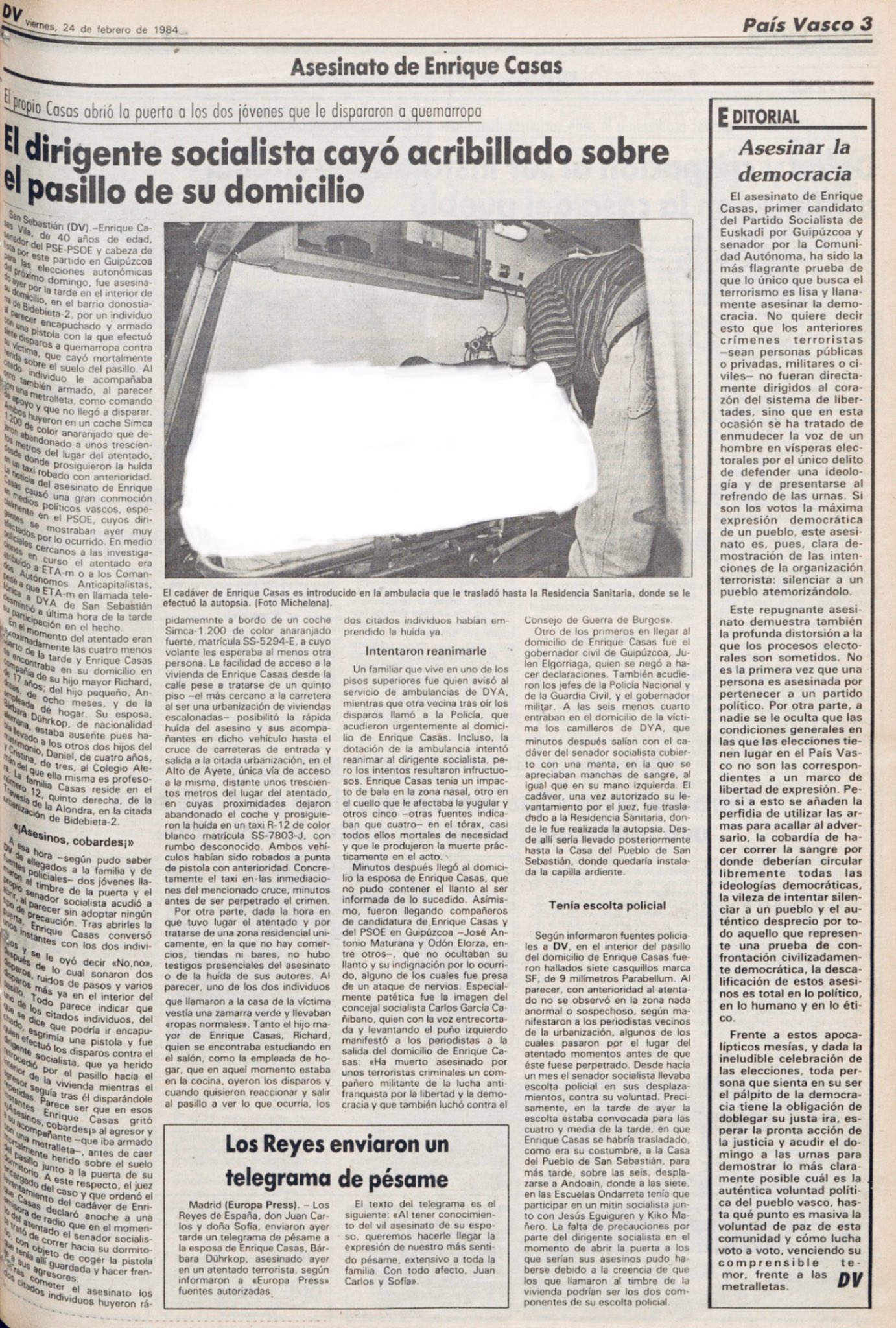 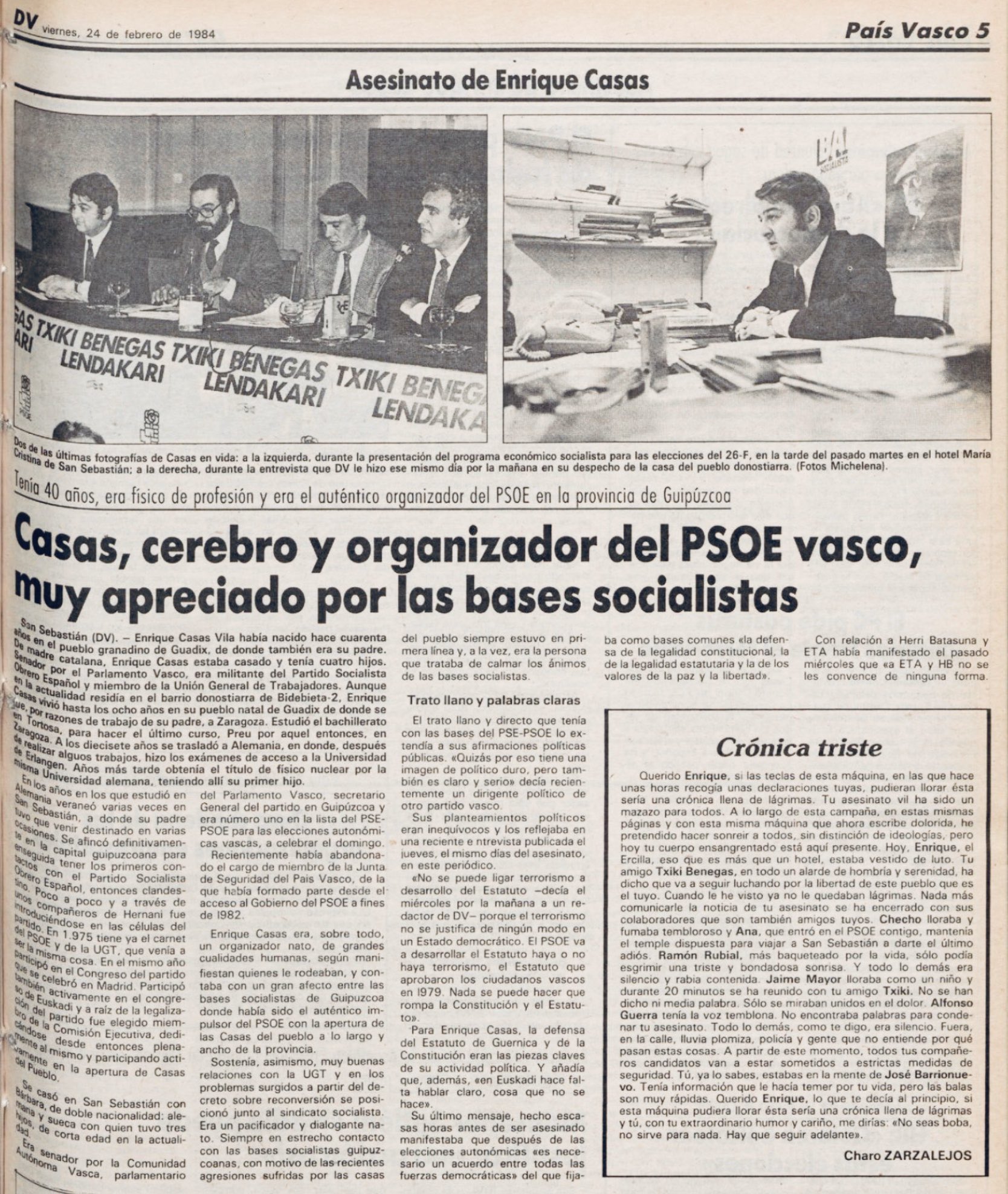 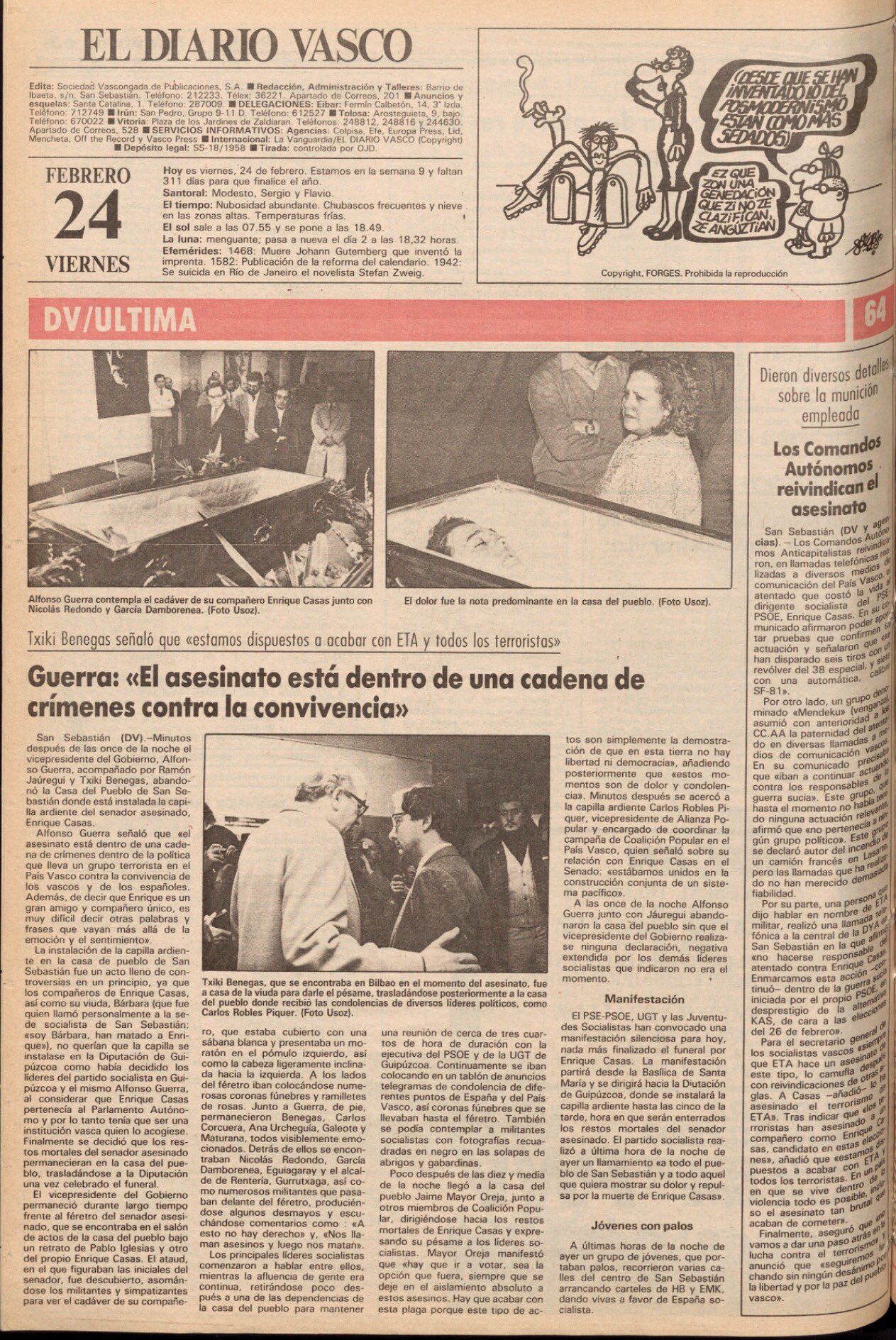