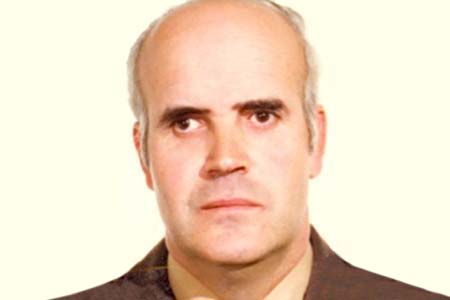 National Police lieutenant Emilio García Martínez had only begun parking his car in a private garage on Calle Eduardo Soler y Pérez in Valencia nine days before the attack. Each morning he set off for Paterna, where he had been posted in 1981 after serving in Valencia, Madrid and Vitoria.

At around 8.35 am on 19 April, 1983, Emilio got into his car and switched on the ignition, detonating a bomb containing one kilo of chloratite, which had been planted by members of GRAPO (the First of October Anti-Fascist Revolutionary Groups) under the back seat. Hearing the noise of the explosion, the officer’s son ran down to the garage where he found his father injured and semi-conscious. Emilio García was taken to the La Fe hospital campus. According to El País newspaper, he had a bullet wound to his right back with several internal trajectories, broken ribs, third-degree burns on his right-hand side, the right-hand side his back and head, and a fractured leg. He died shortly after ten o’clock in the morning.

Emilio García, originally from Navas de Jorquera (Albacete) was married and had two children aged 19 and 17. 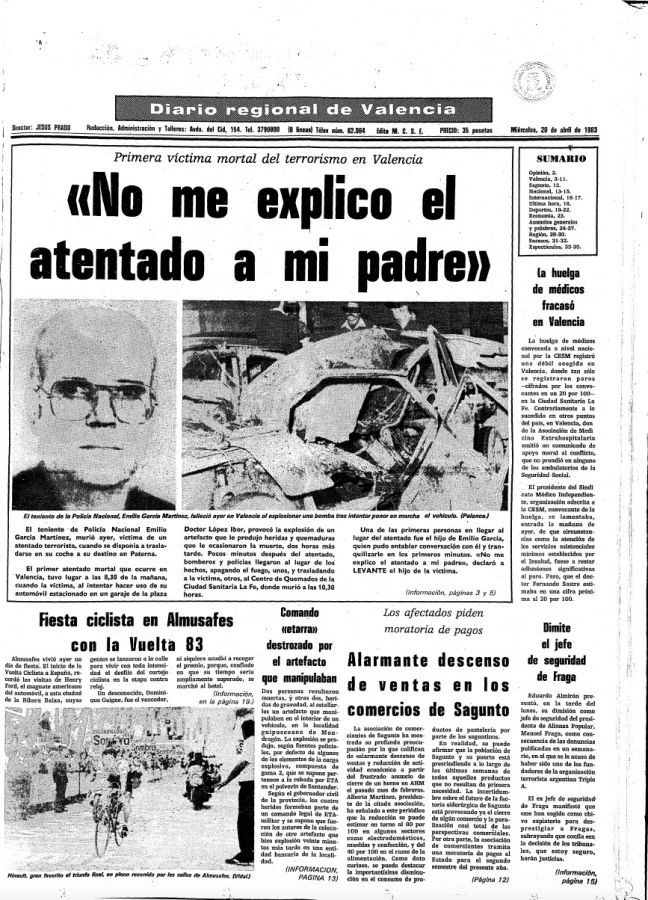 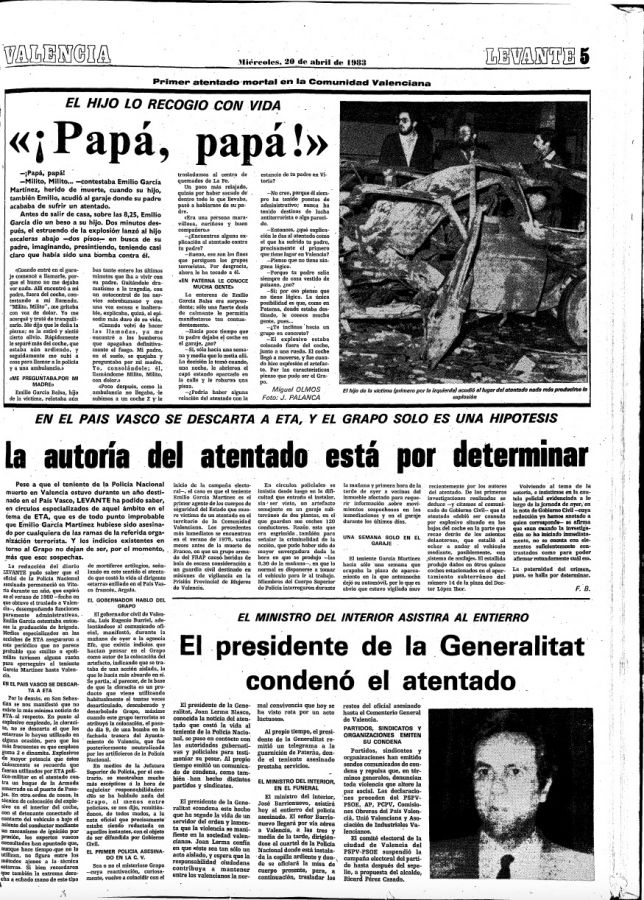 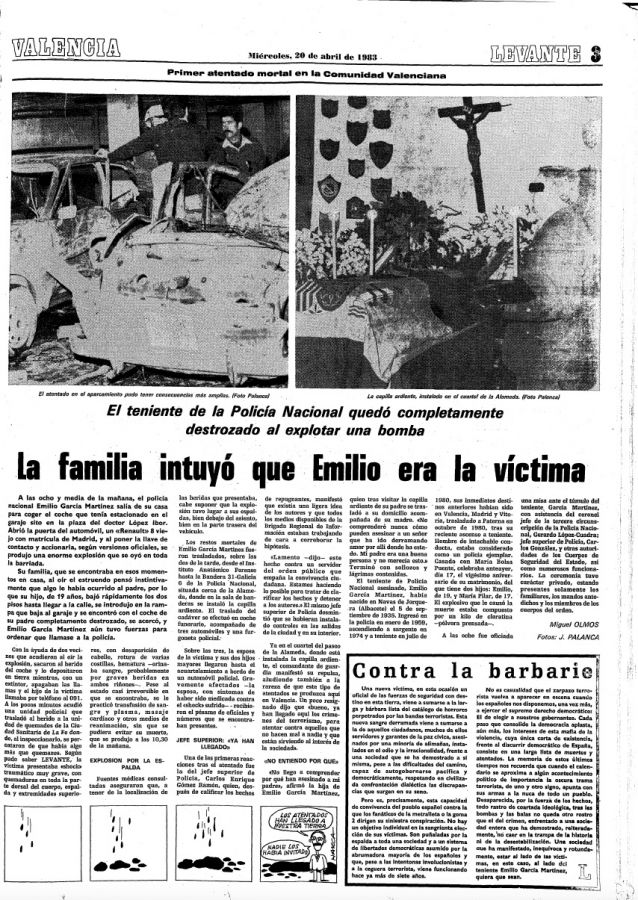 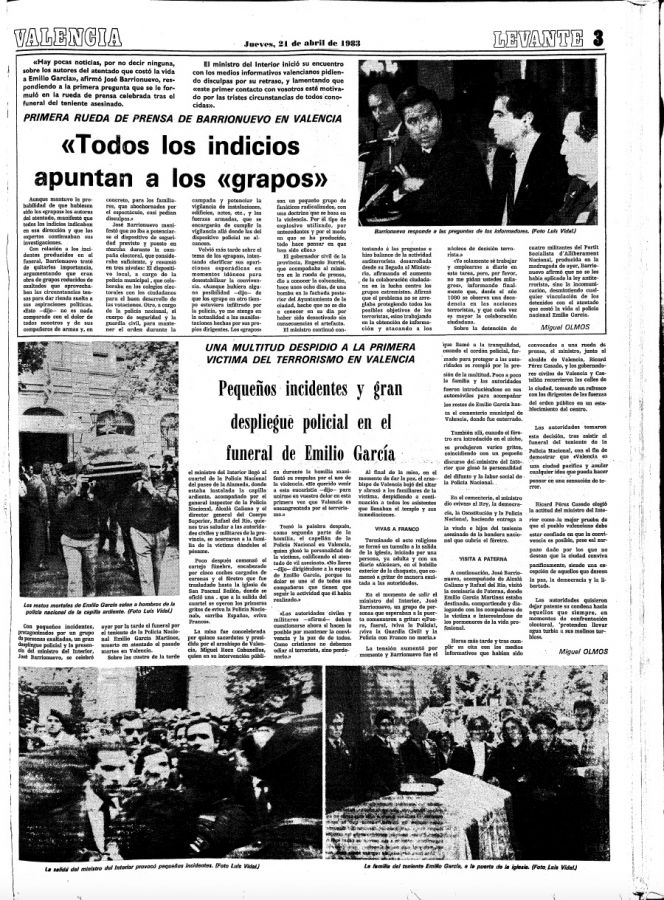 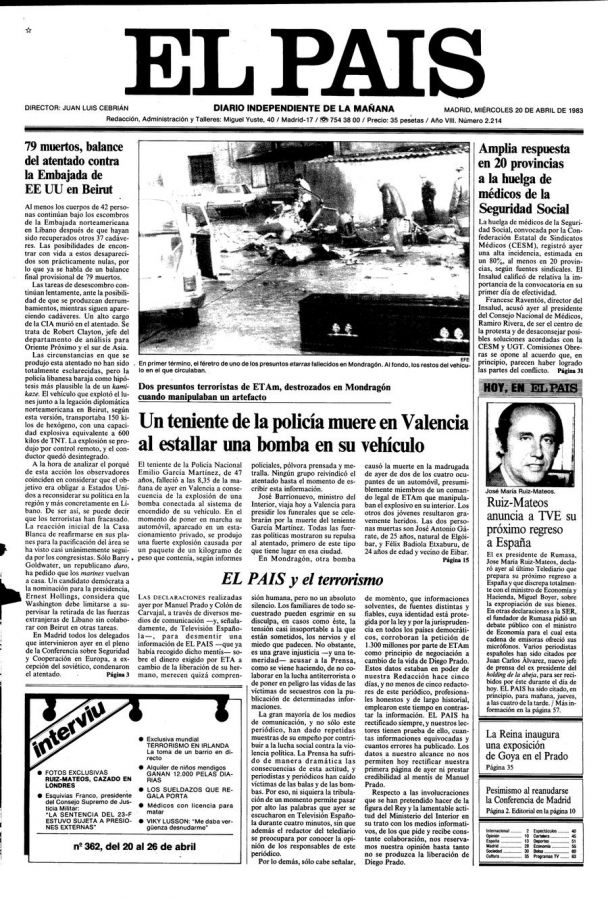 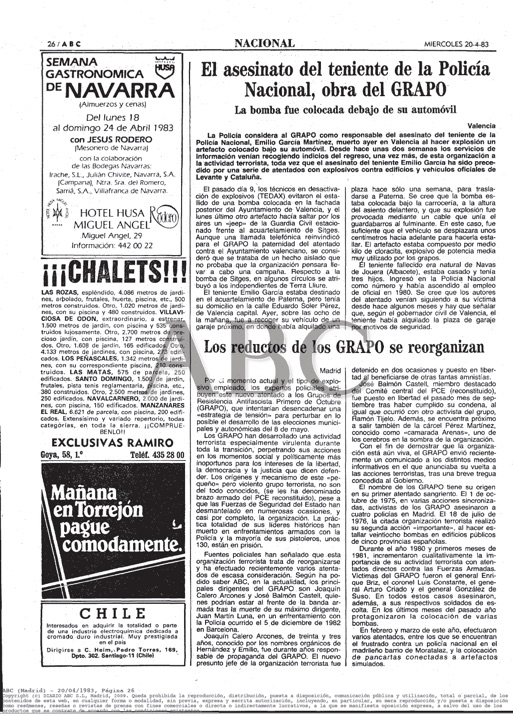