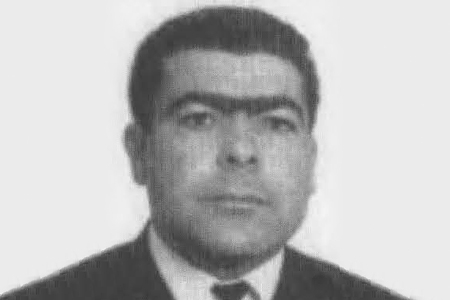 Army officer Emilio Fernández Arias was walking to the bus stop in plan clothes when two terrorists approached him and shot him twice in the back of the head at point-blank range. The first shot knocked him down and he was shot a second time while lying on the ground. He was killed instantly.
The victim was an easy target, due to his regular daily routine and the fact that he had no protection. Nonetheless, an ETA collaborator used his acquaintance with the victim to give the killers information on his movements. Emilio was a regular customer at a bar in Erandio but he was unaware that the son of the owner, Juan Carlos Echeandia Zorroza, had been part of a network of ETA-militar informers since the beginning of 1980.