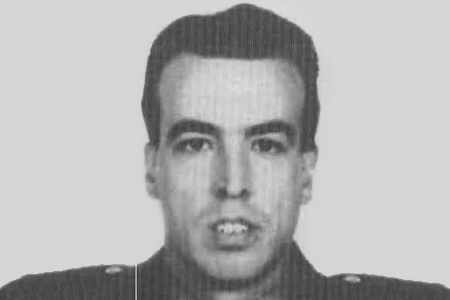 Emilio Castillo López de la Franca, a corporal in the Civil Guard, and his colleague Victoriano Álvarez were returning from duty at the port of Pasajes in Emilio’s car to their homes in the lnchaurrondo barracks. The terrorists were waiting for them at a red light on Avenida de Ategorrieta. The gunmen approached the car and fired at least six shots. The officers did not have time to defend themselves. Emilio died shortly after arriving at the Nuestra Señora de Aránzazu Hospital and Victoriano was seriously wounded in the abdomen and both legs. 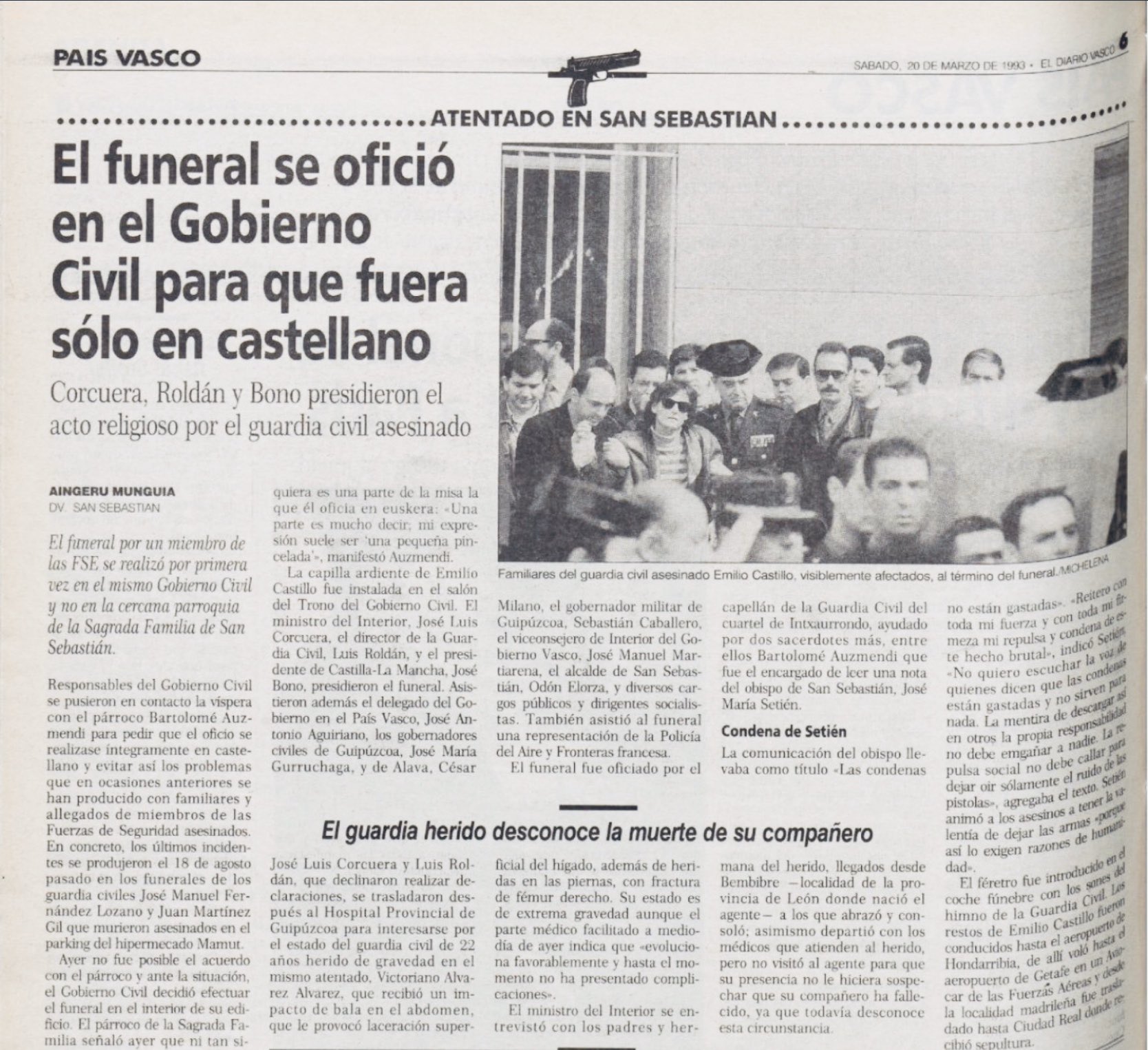 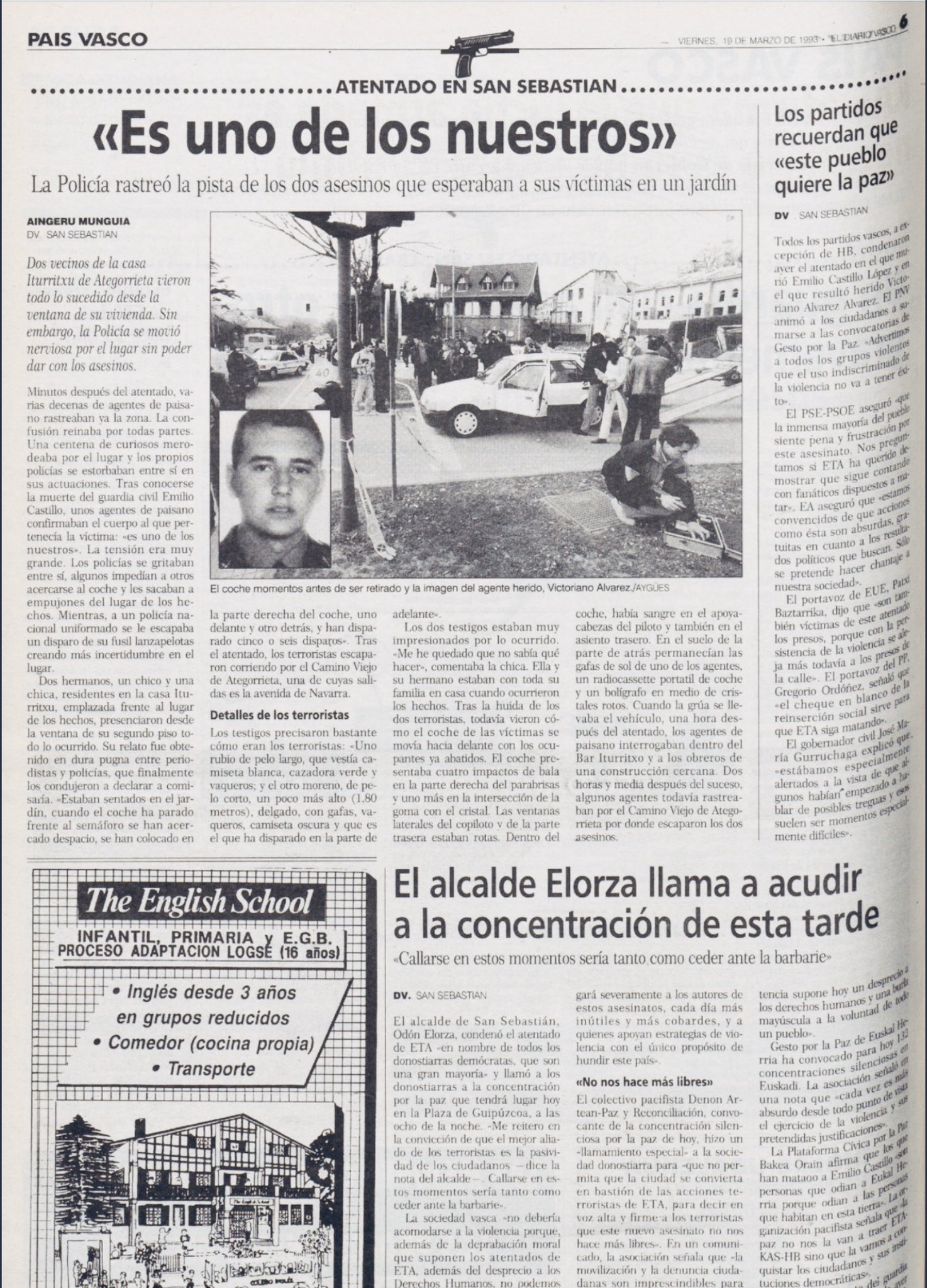 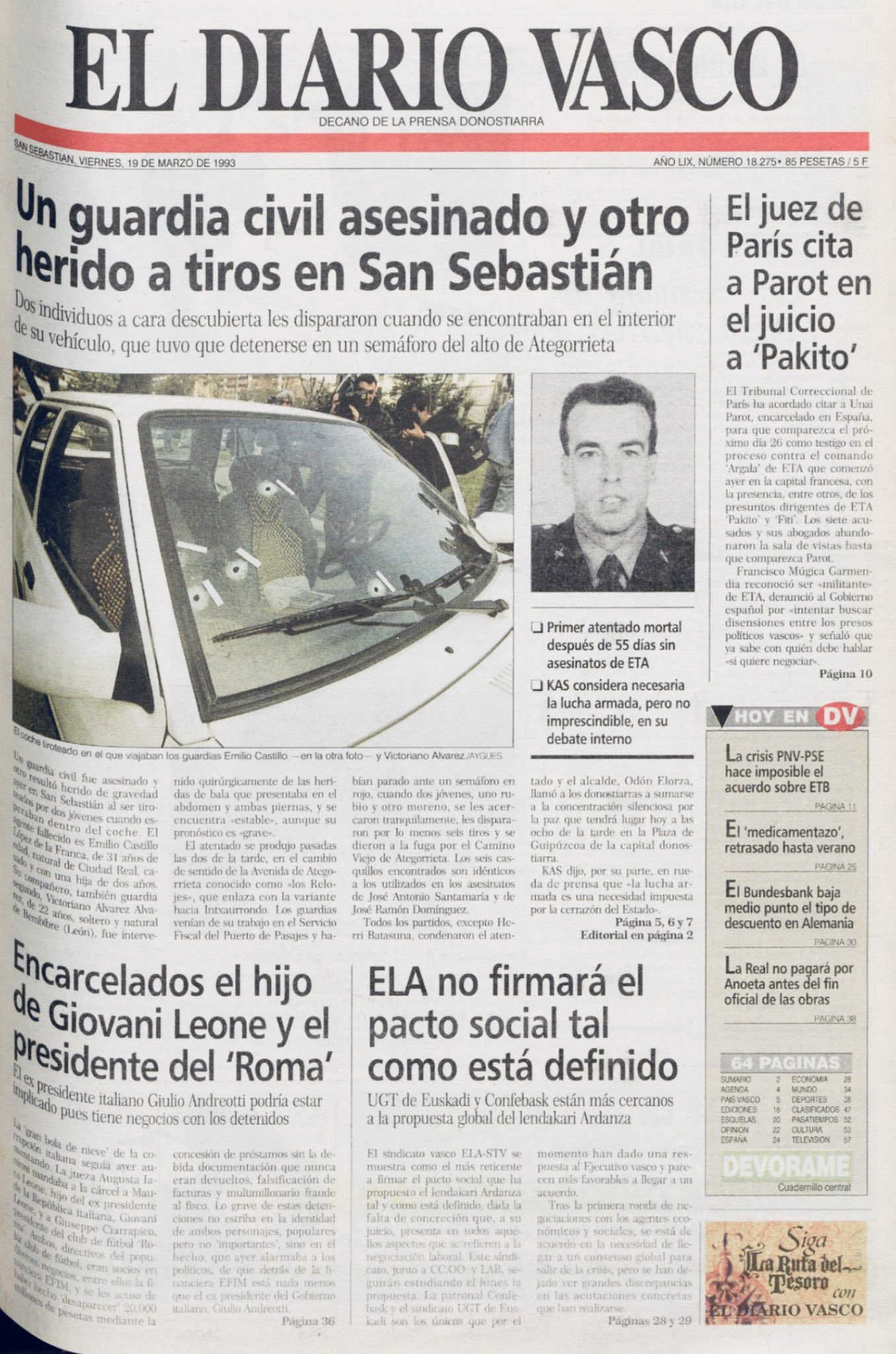 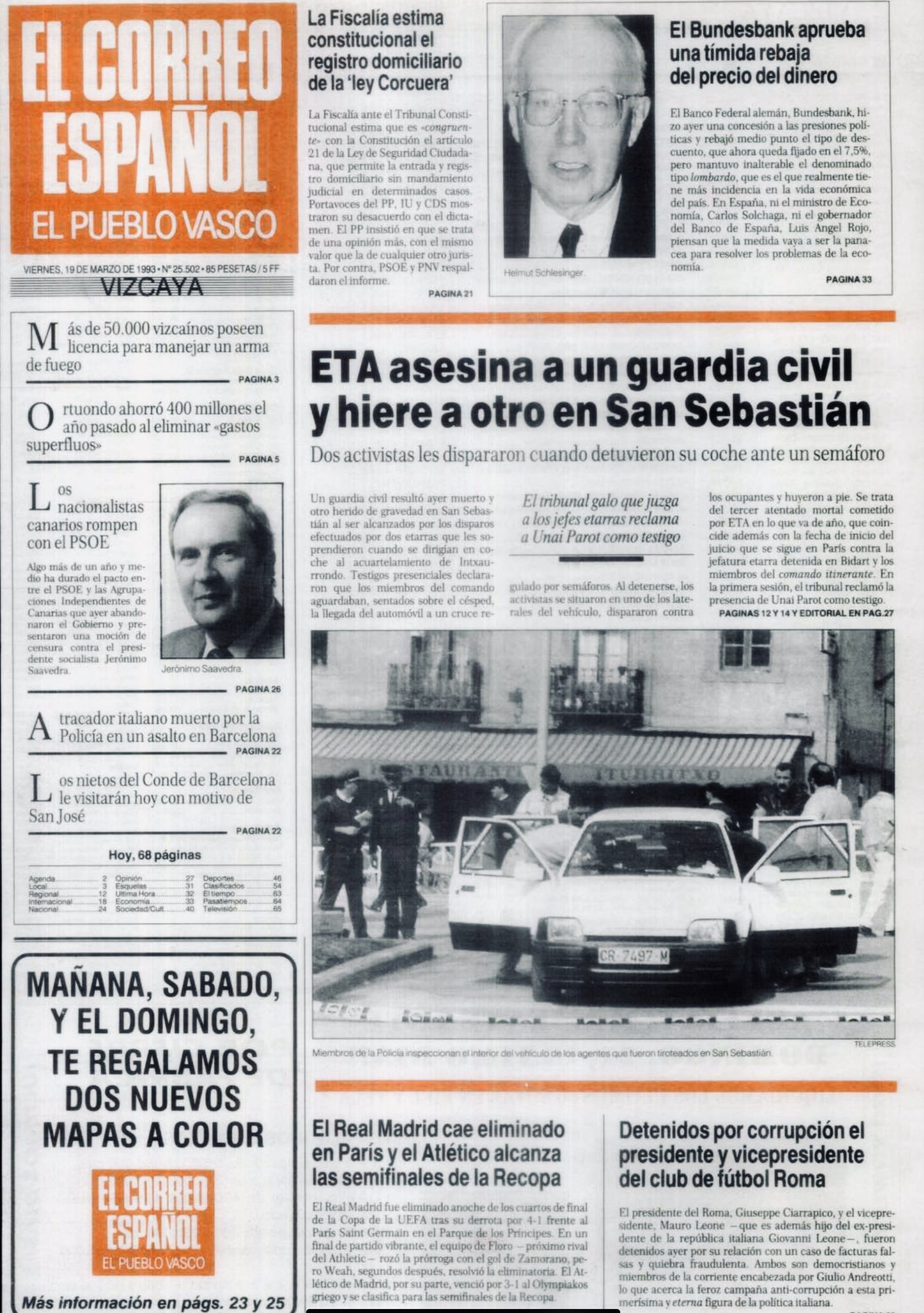