At around six o’clock in the evening three members of the Comandos Autónomos Anticapitalistas opened fire with machine guns from a Renault 12 on the Civil Guard Barracks in Arechavaleta (Guipúzcoa). There were no casualties. The officers inside the barracks returned fire and the terrorists made their escape. The civil guards pursued them as far as Mondragon, where the terrorists were slowed by heavy traffic.

A gun fight commenced between the terrorists, the Civil Guard patrol that was chasing them and some reinforcements who also arrived on the scene. In the exchange of fire, Emilia Larrea Sáez de Adacia, a local woman from Mondragón who was nearby at the time, was killed.

ETA members Roberto Aramburu and José María Iturrioz were killed in the shooting and Emilio Zurutuza Odriozola was seriously wounded. 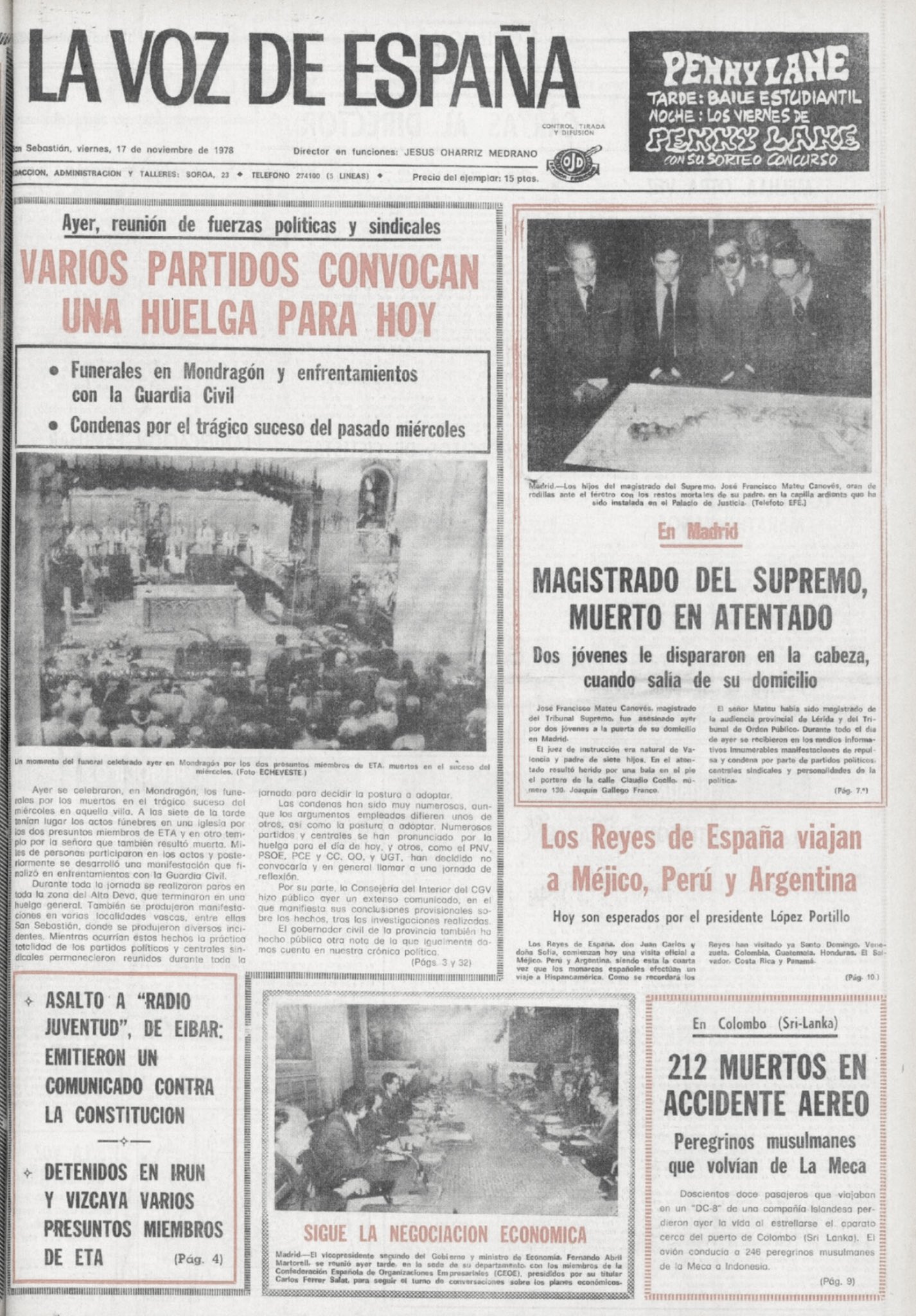 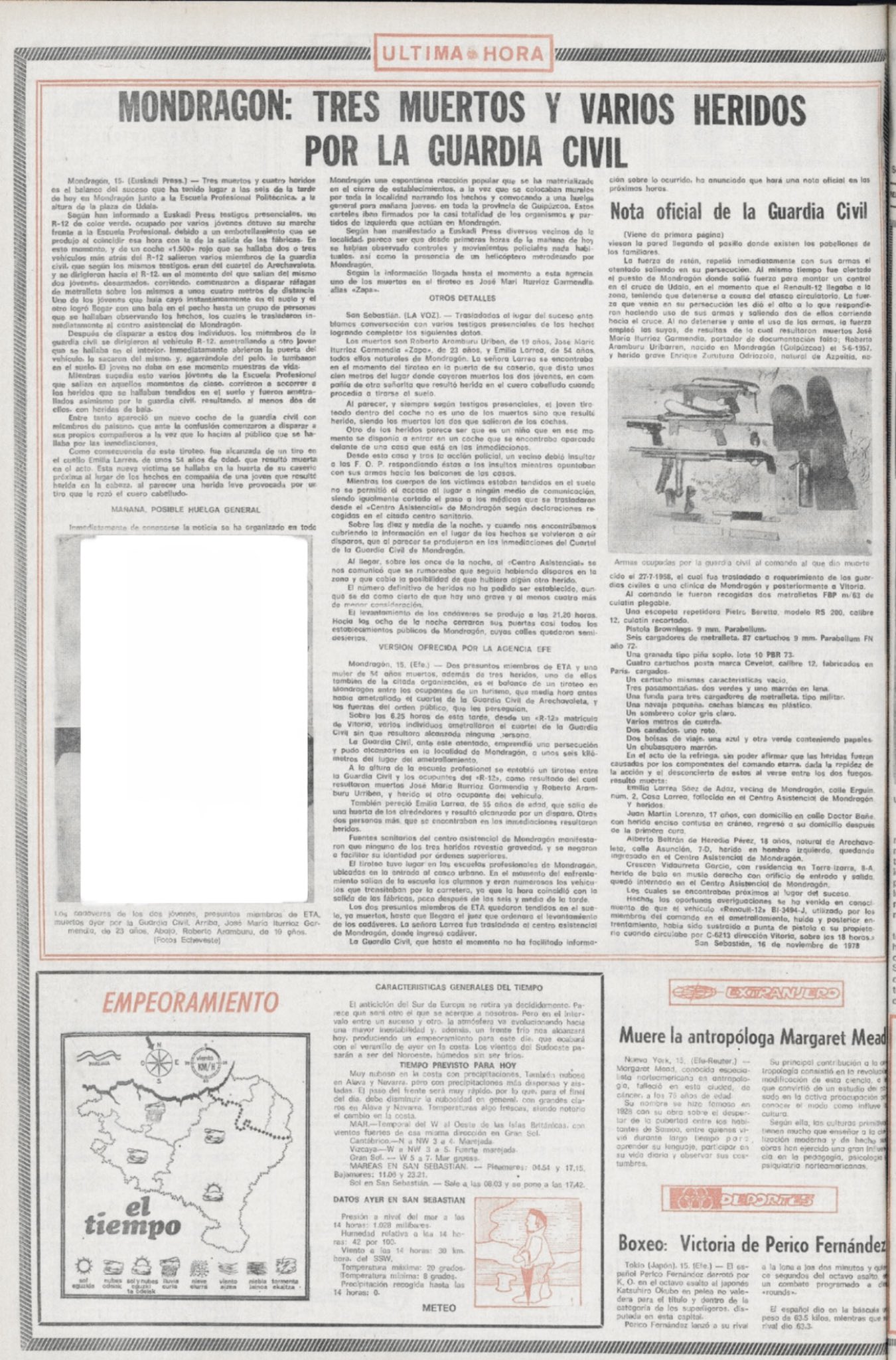 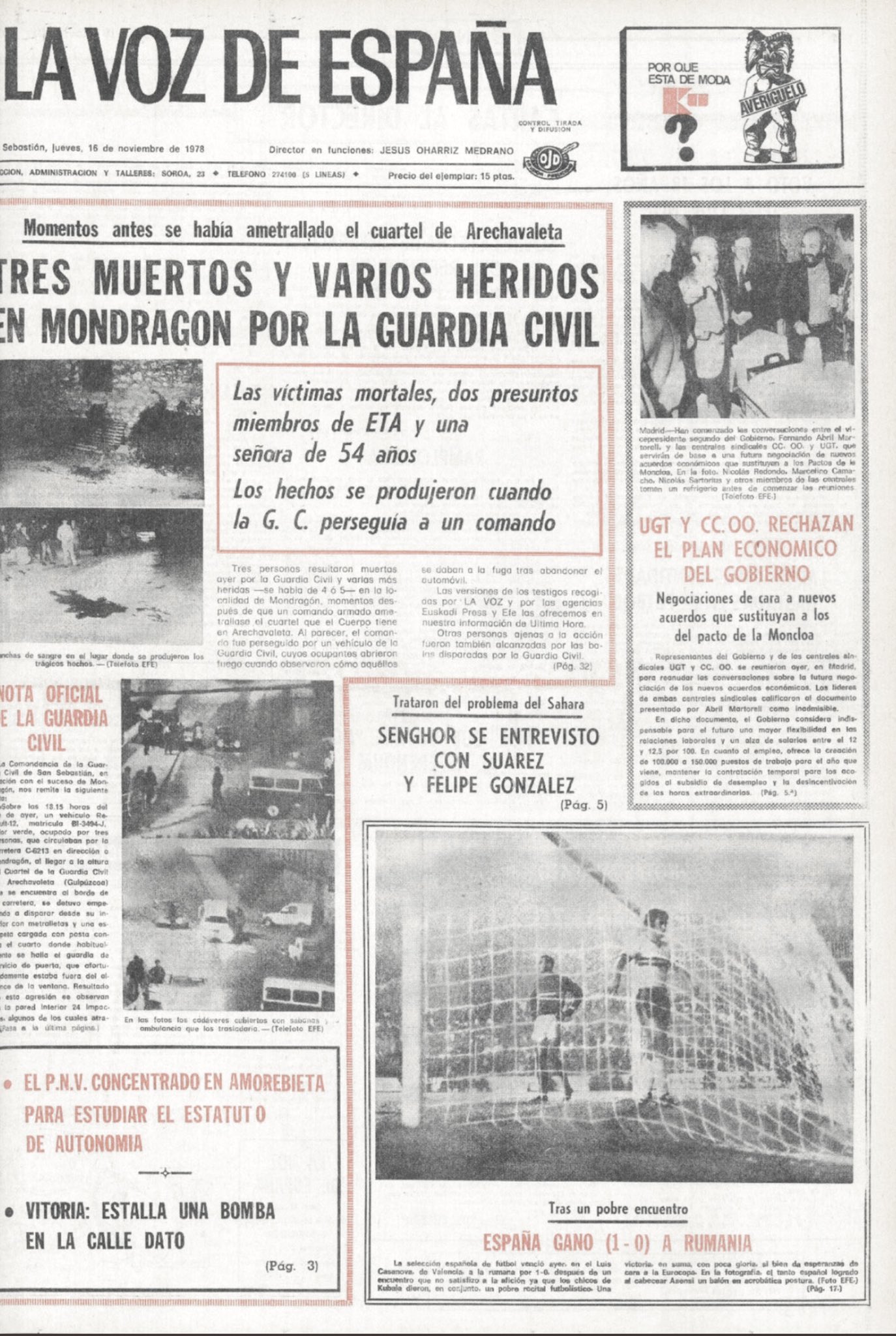 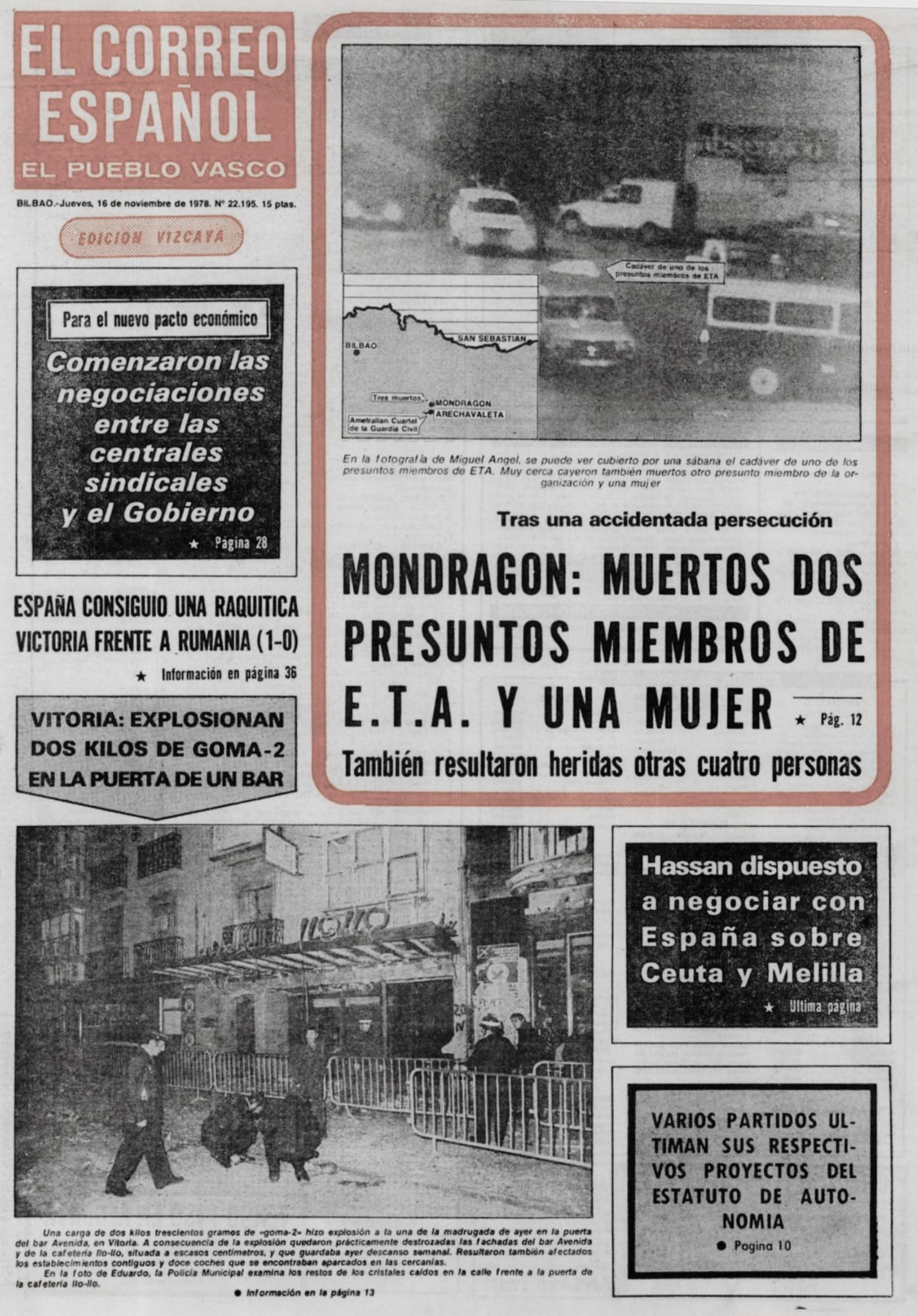