On 10 September 1987, on the eve of the National Day of Catalonia (the Diada), the terrorist organization Terra Lliure placed a canister of camping gas loaded with three kilograms of compressed gunpowder on the desk of a judge at the courthouse in Borjas Blancas. However, the explosion caused the adjoining building to collapse, burying Emilia Aldomà Sans, aged 62 years, under the rubble of her home.

Emilia had lived in the Basque Country for 15 years, and had often spoke of her fear of terrorist attacks. Her husband, Ramón Vilafranca, had had to move to Bilbao for work reasons 30 years before. After her husband’s death in a traffic accident, she decided to return to her home town in Lérida.

Emilia Aldomà Sans was the only fatal victim of the terrorist group Terra Lliure. More than 1,500 people attended her funeral in Borjas Blancas (Lérida), a town with a population of around 5,000. 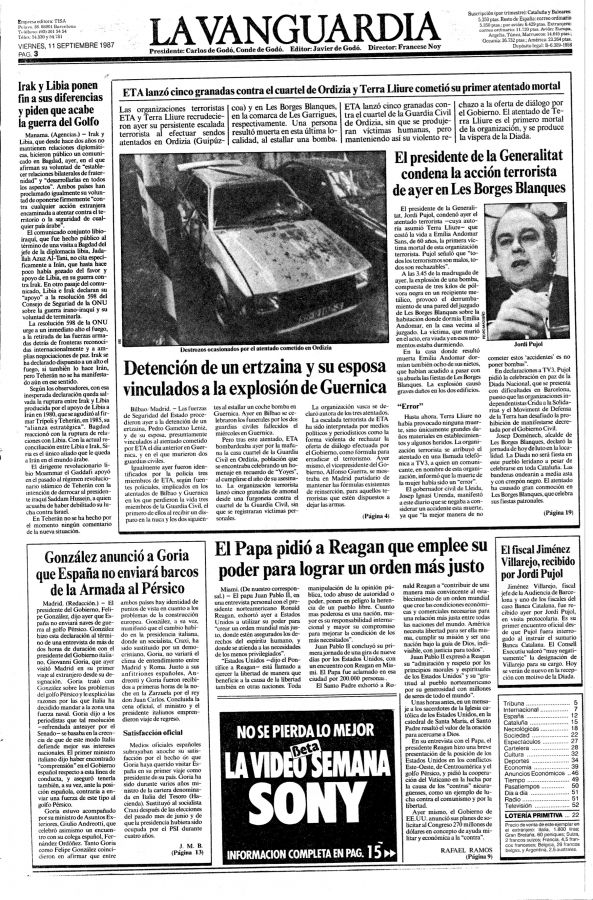 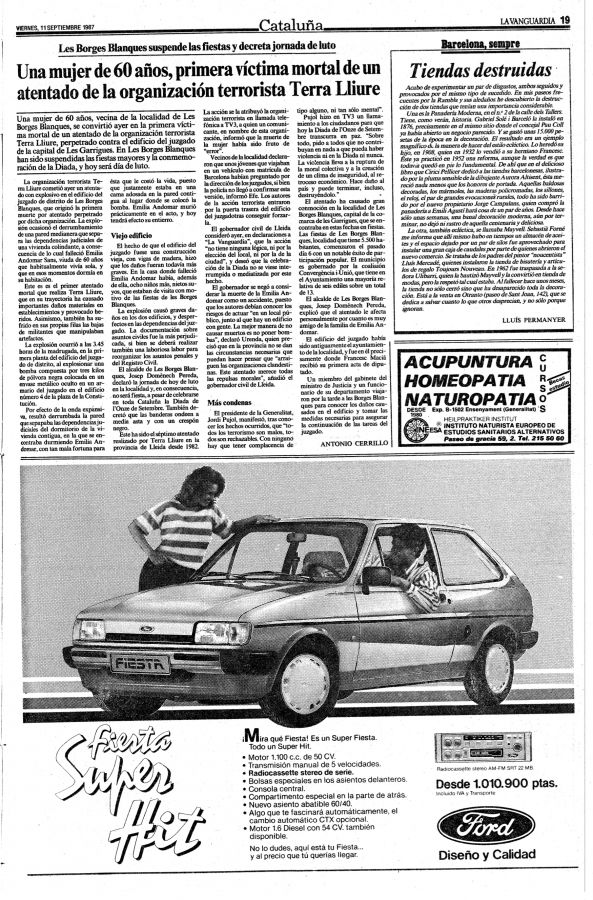