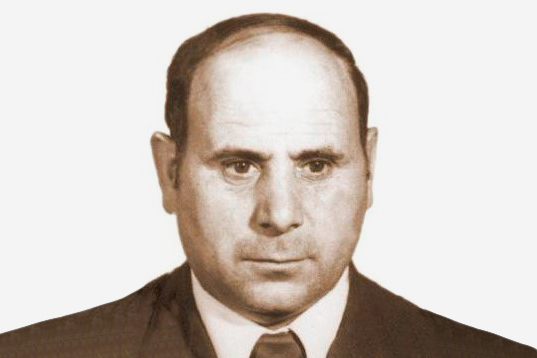 On the afternoon of 15 May 1979, at 2.15 pm, a GRAPO terrorist came up behind retired Civil Guard warrant officer Emeterio de la Puente Aller when he was on his way home. He shot him in the head and torso. De la Puente was taken to hospital, where he underwent several surgical operations before dying a month and a half later, on 1 July 1979, as a consequence of the attack.

Emeterio de la Puente Aller (56) had been posted in the town of Villaseca de Laciana, Leon, until a few months before the attack. He had taken part in a number of police operations against members of GRAPO. 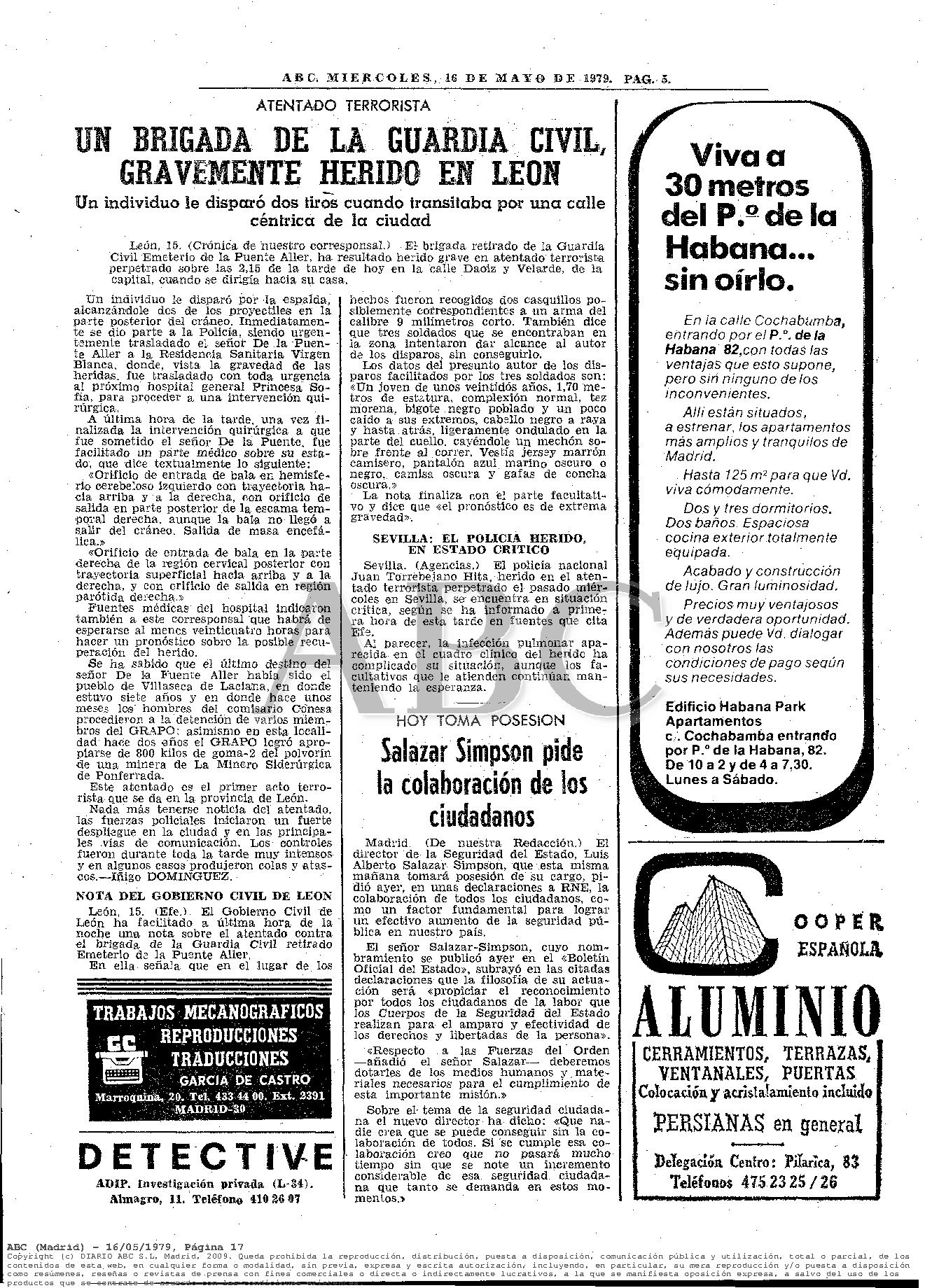 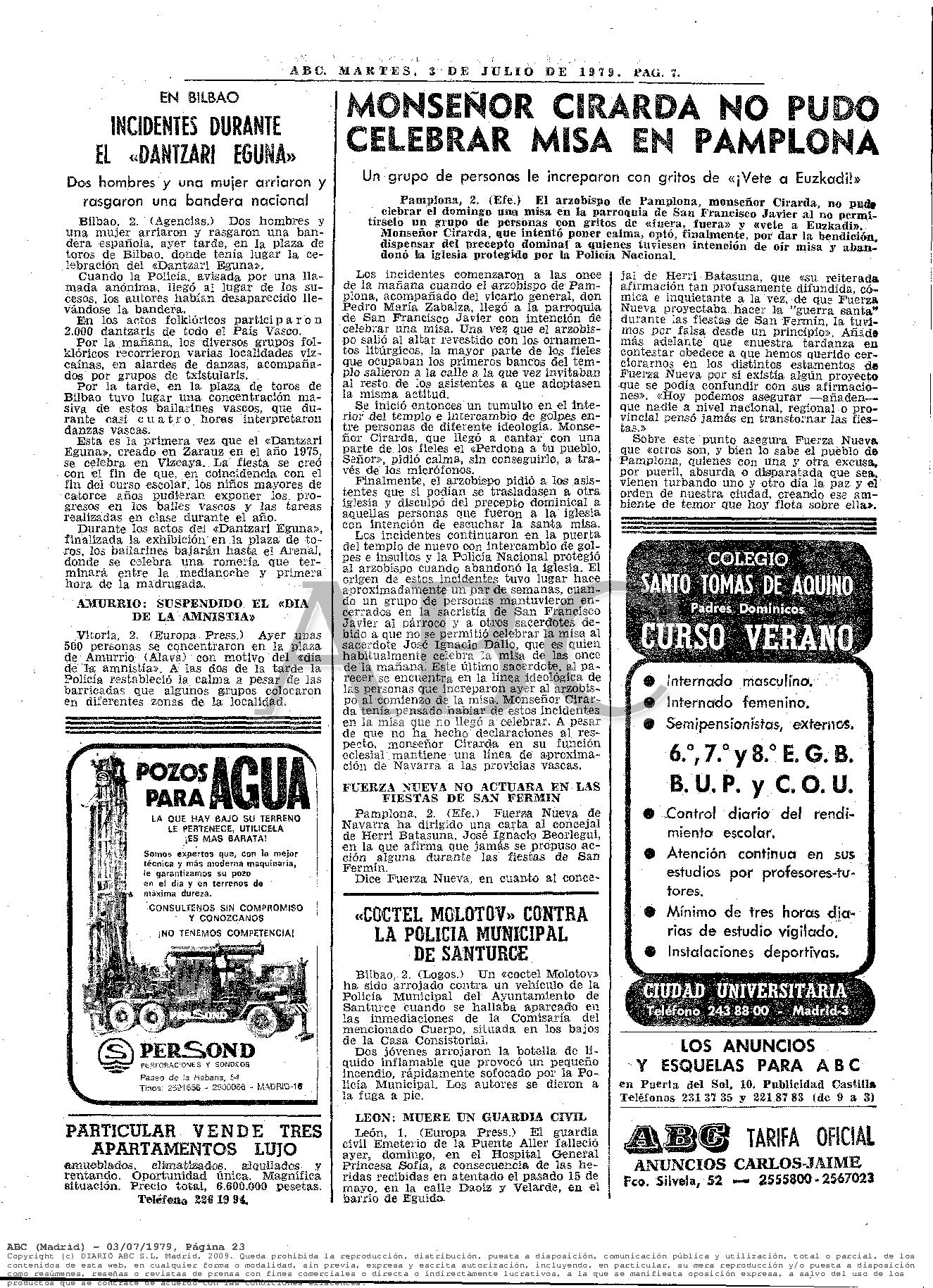 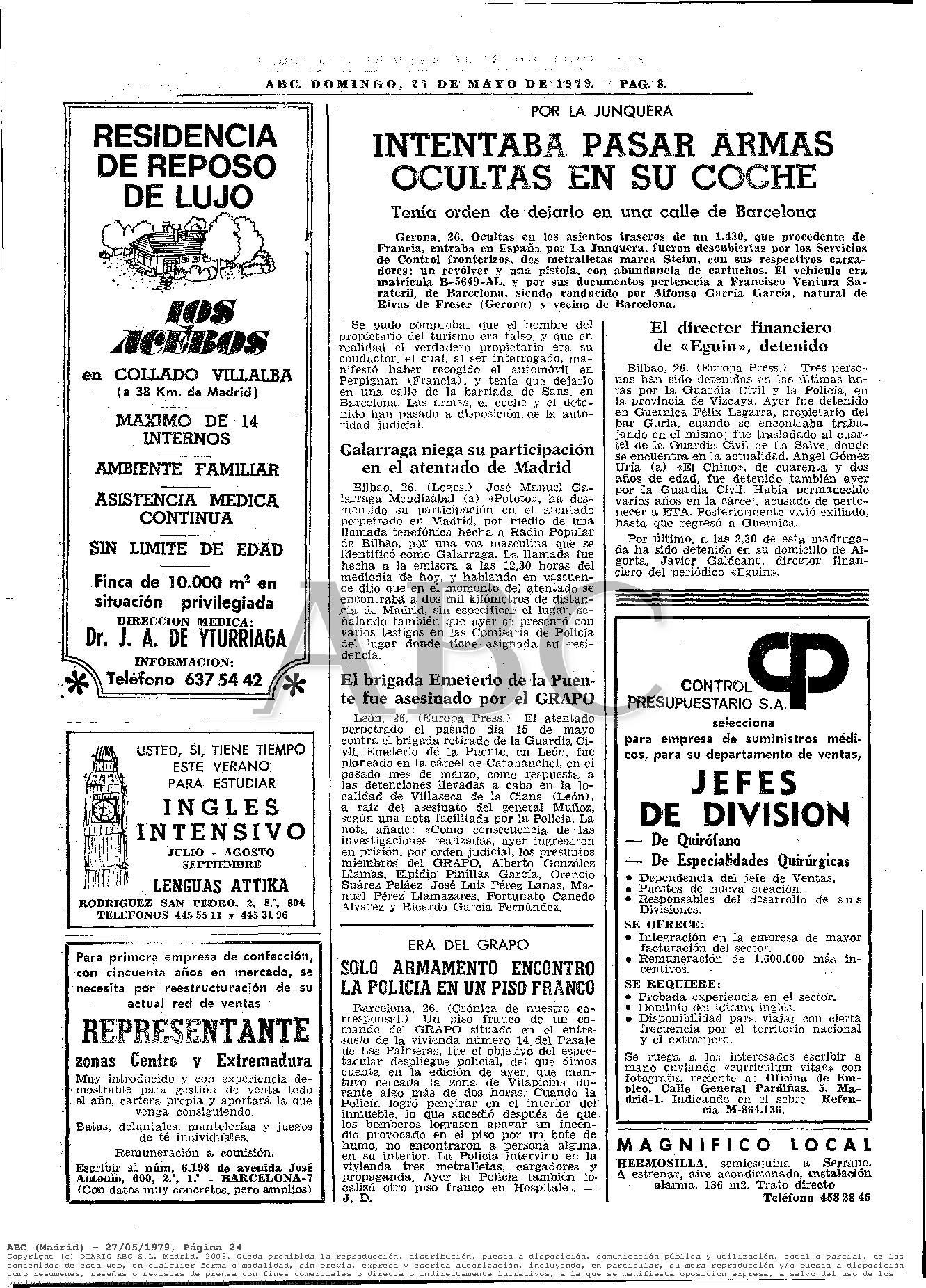