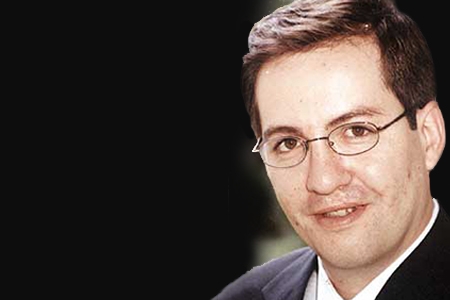 Born in: Madrid
Age: 30
Offspring: 0
Marital status: Married
Job: Head of contract in Administration at the company Aldeasa
Date of the attack: 11/03/2004
Place of the attack: Madrid
Weapon: Others explosives
Killed by: Islamic terrorism

Elías González Roque loved having friends round to his house, which he had shared for the last five years with his wife. He used to invite his friends to lunch in his apartment in Coslada at least once a week. He had recently bought a large-screen TV set and a DVD to watch with them and to follow matches by his team, Atlético de Madrid. He was killed in the explosions in El Pozo station.