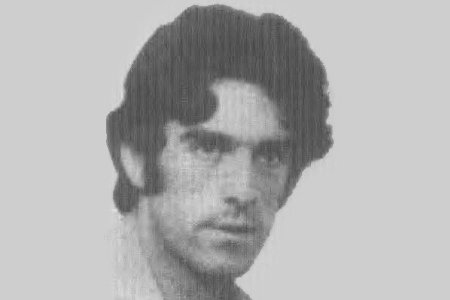 Born in: Castilla y León
Age: 21
Offspring: 1
Marital status: Married
Job: It belonged to the fifth company of the Armed Police
Date of the attack: 13/10/1978
Place of the attack: Bilbo
Weapon: Gun
Killed by: ETA

Police officers Elías García González, Ramón Muiño and José Benito Díaz were in a jeep travelling to the Santa Marina sanatorium to take over from another detail which was guarding an inmate. On the access road leading to the sanatorium, they were ambushed by between six and eight ETA members. The terrorists fired nearly 20 rounds from three different points. Elías García and Ramón Muiño were killed instantly and José Benito Díaz died twelve days later.
A young man who was driving to the sanatorium saw the policemen’s vehicle riddled with bullets, but one of the terrorists fired at his wheels to prevent him from reporting what had happened. A young woman returning from the hospital saw a man with a submachine gun and went back to the medical centre to report the incident.