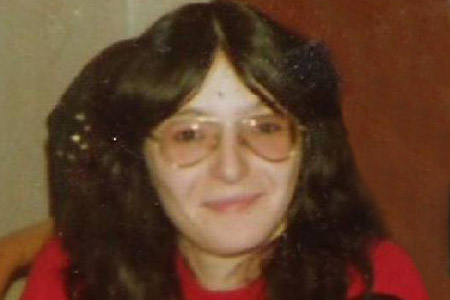 Elena María Moreno Jiménez and her husband Miguel Paredes García had just had dinner at the Txiki bar on Calle San Lorenzo in the old quarter of San Sebastian. They were leaving the premises when an individual approached the couple, shooting Miguel and then Elena several times at close range. They were both killed

ETA claimed that the victims were drug addicts. However, a toxicology test performed on Paredes and Moreno after their deaths found no traces of narcotics in their system nor any signs of drug use. The only politician to attend the Paredes and Moreno’s funeral was Gregorio Ordóñez, who was himself assassinated by ETA in 1995.

Javier Marcos Espiga (18) —who was doing his military service at the navy headquarters in Pasajes— was also injured in the shooting and had to undergo surgery. 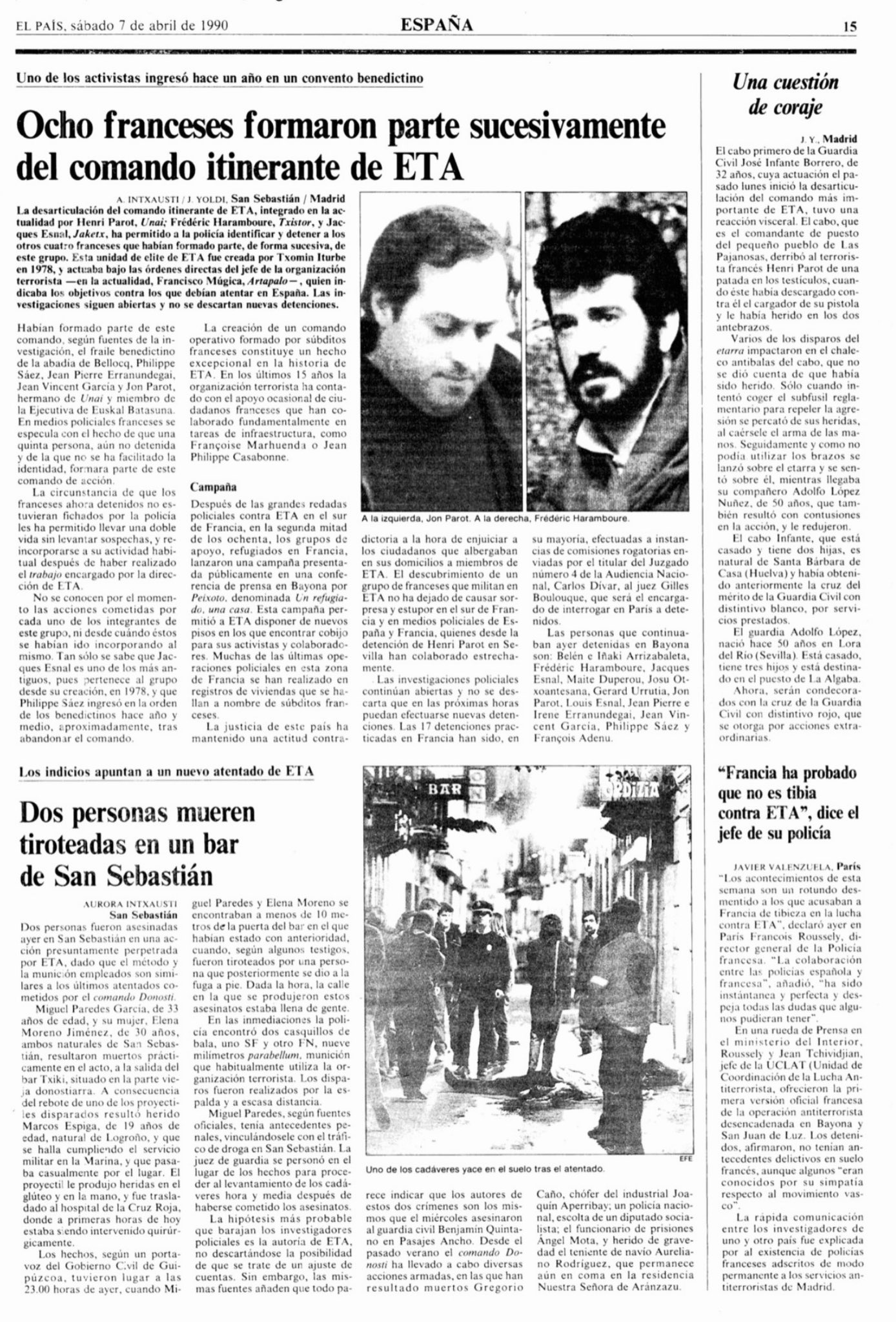 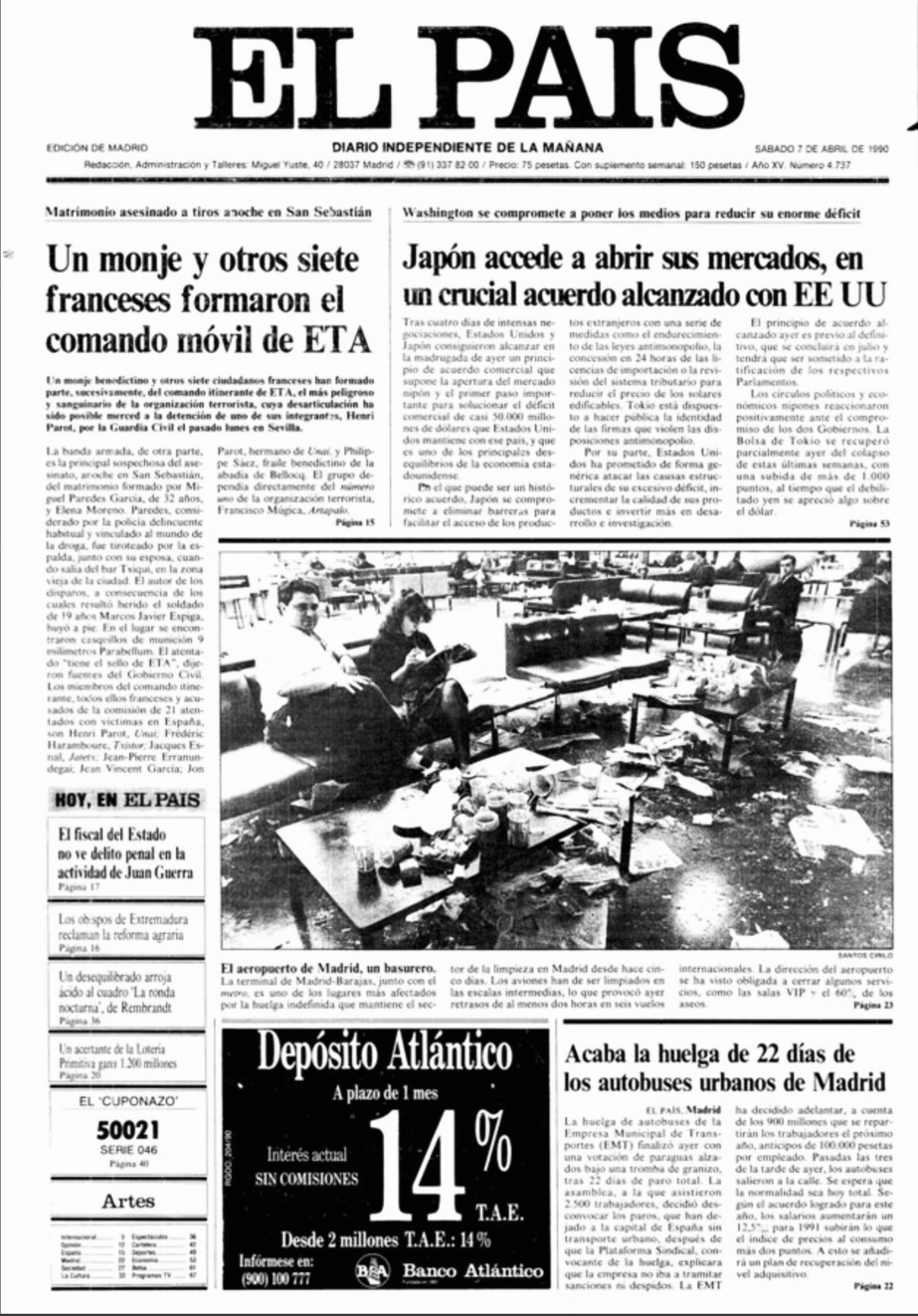 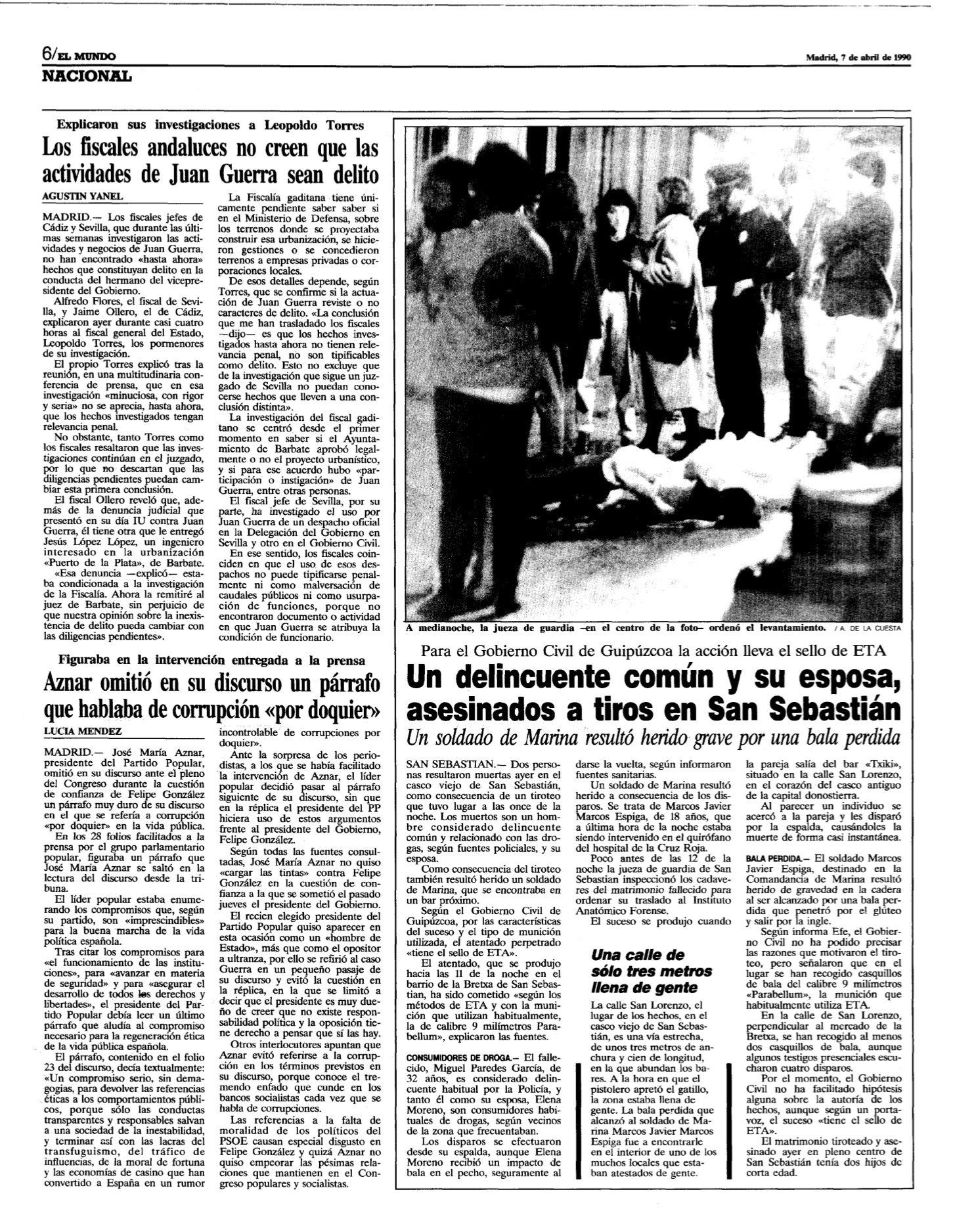 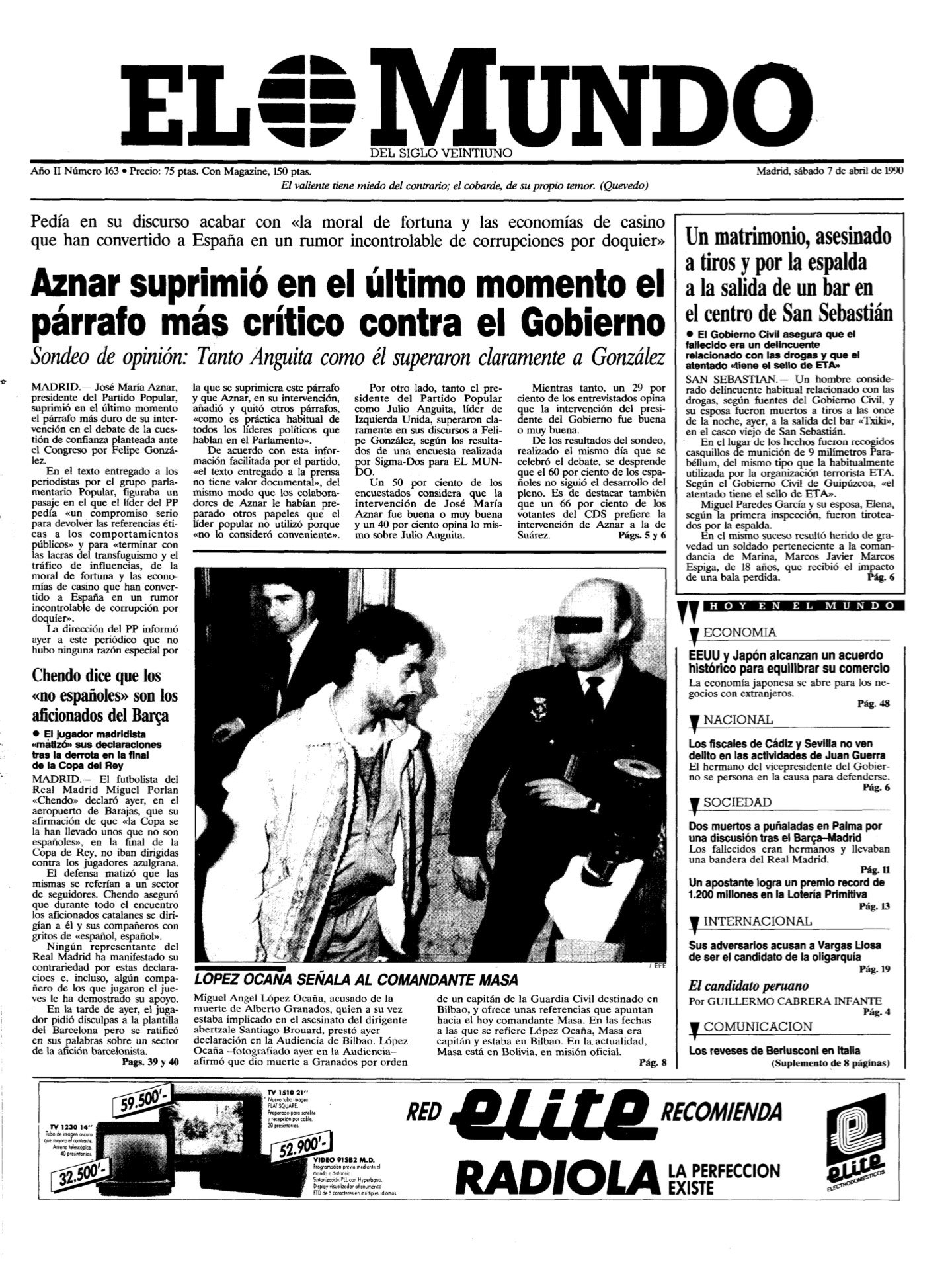