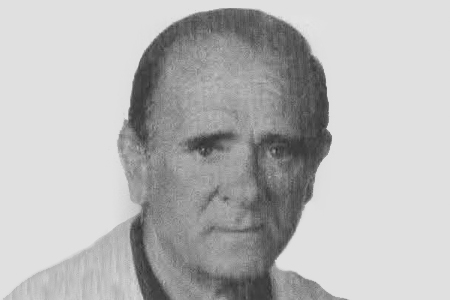 Eduardo Vadillo Vadillo died as the result of the serious injuries he had suffered in a bomb explosion two days before. At eleven o’clock on that Tuesday morning, Eduardo was hit by shrapnel from an ETA bomb, which exploded as he was overtaking a Civil Guard car carrying Lieutenant-Colonel José Lull Catalá, the intended target. The occupants of the other car were unhurt. 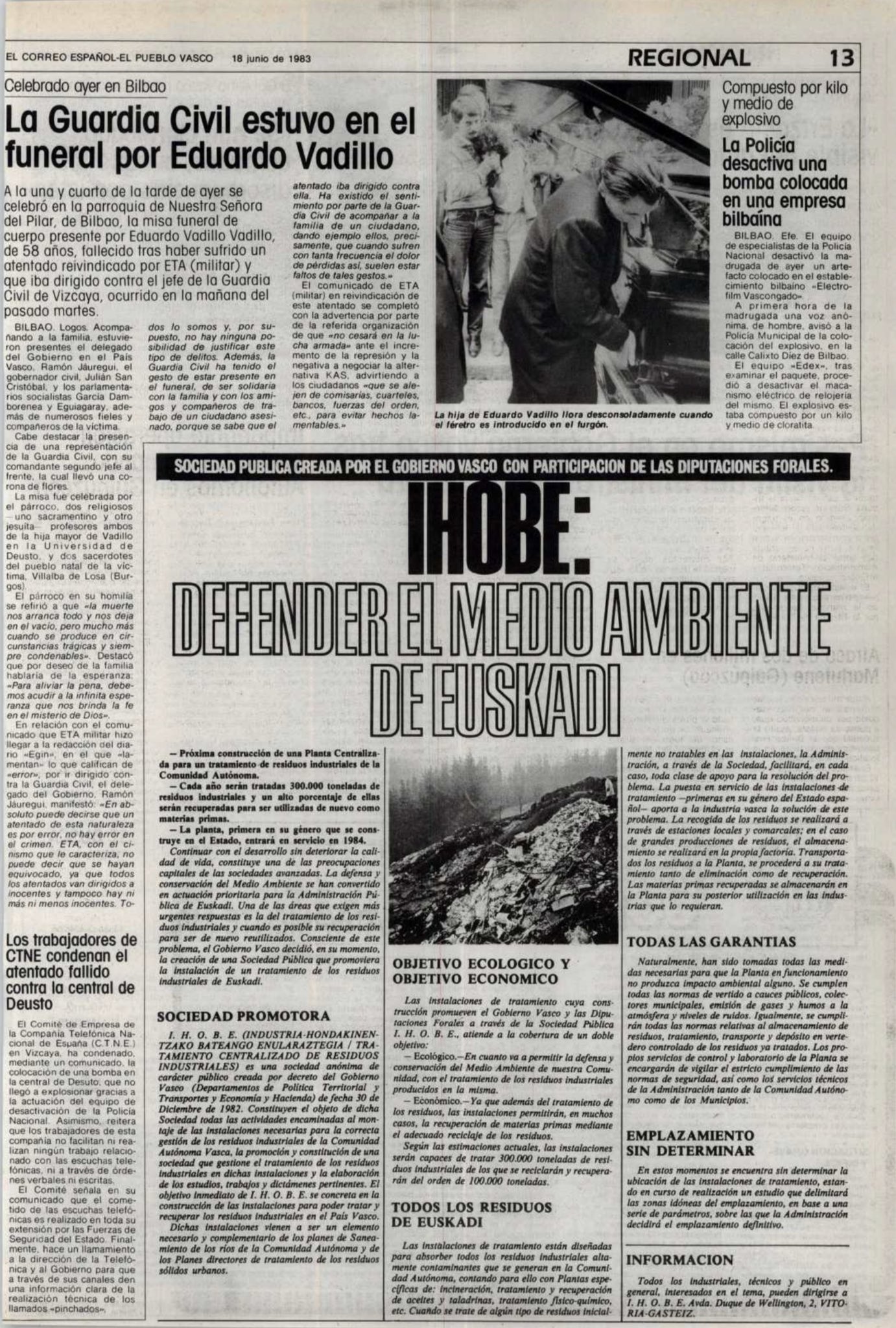 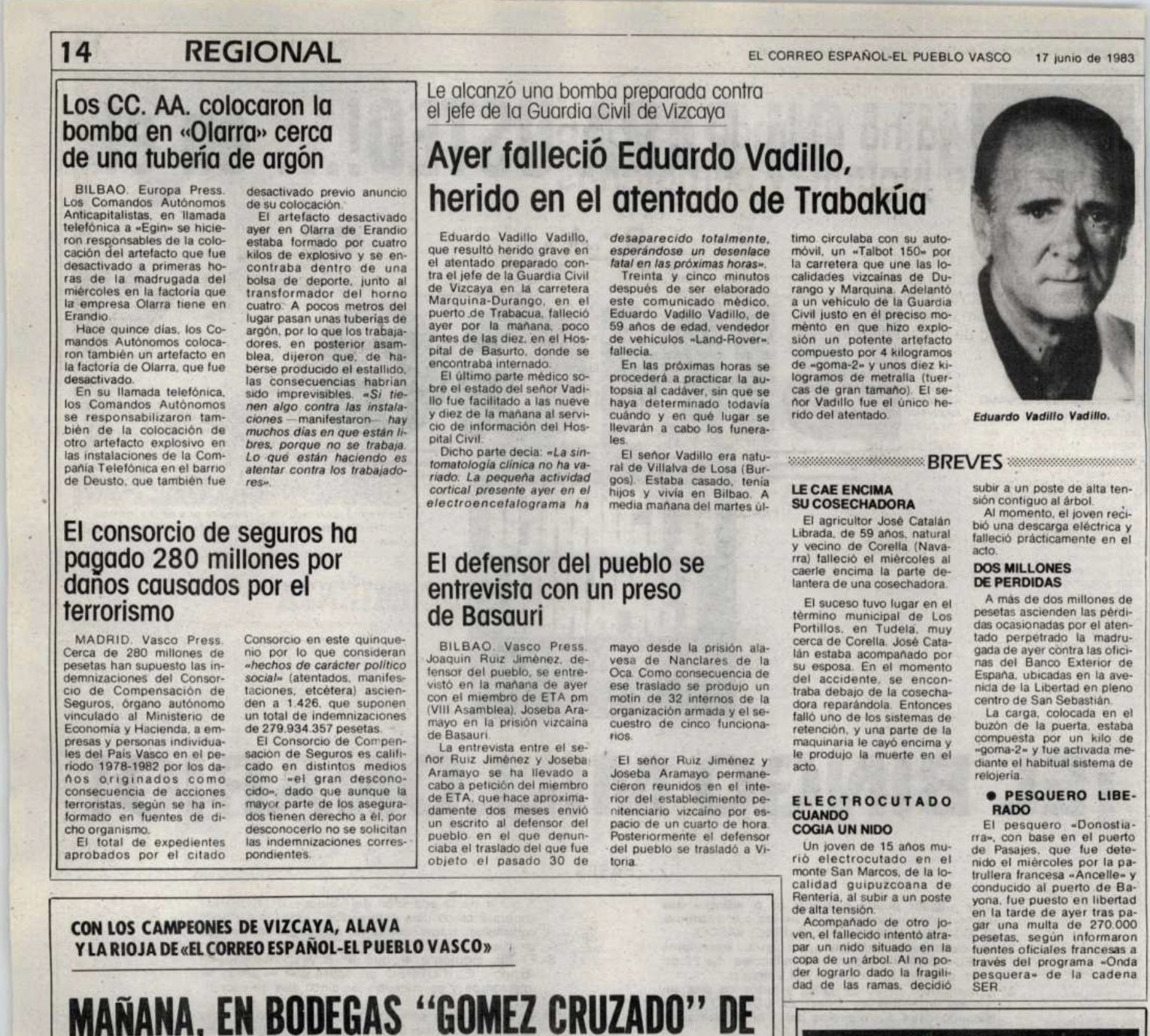 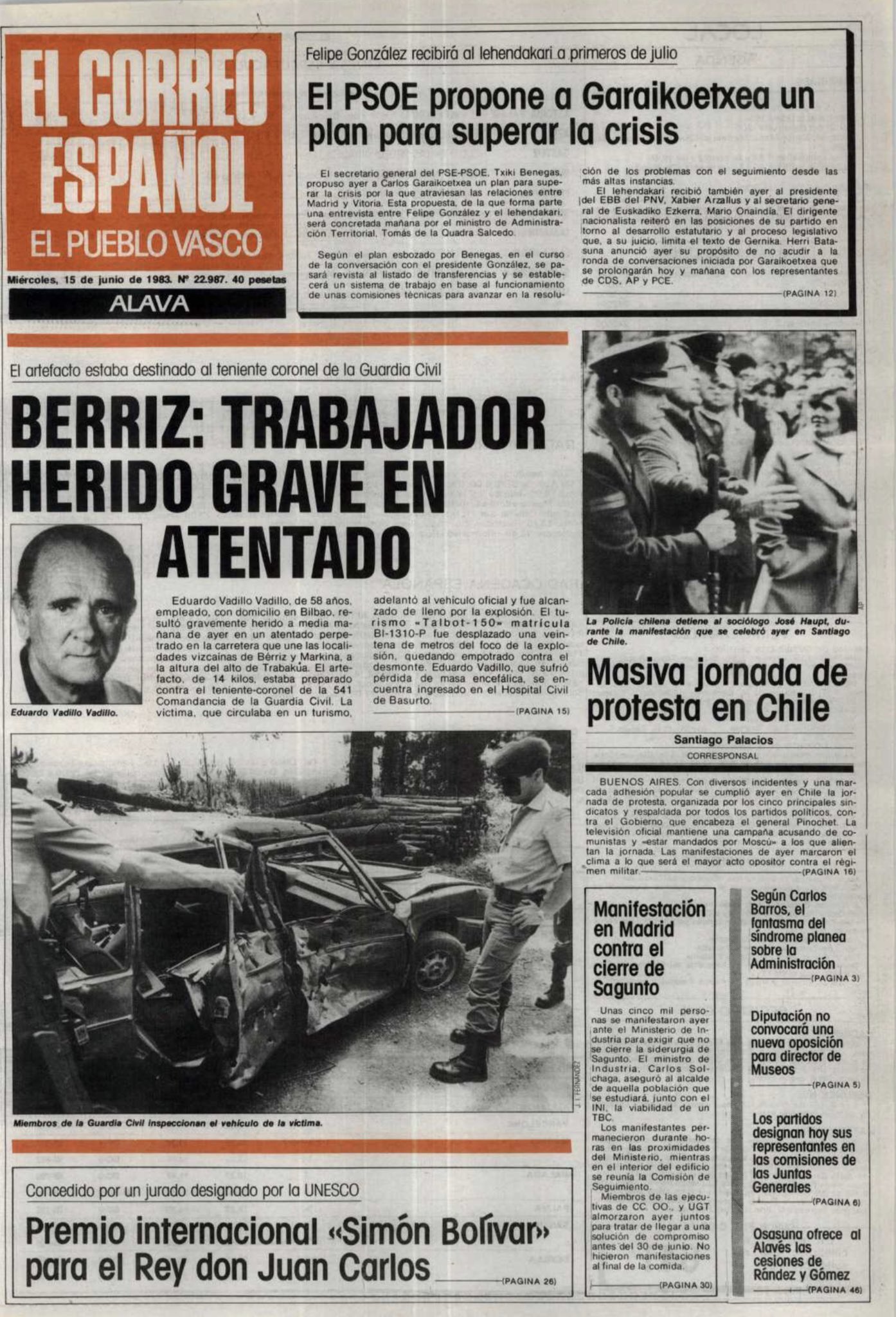