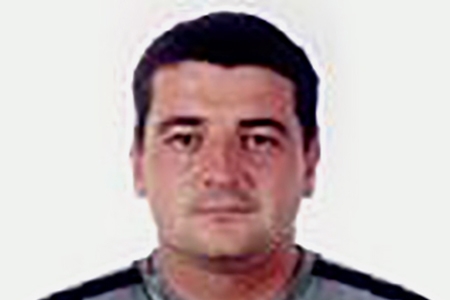 Eduardo Sanz Pérez was 31. He had been born in Switzerland, the son of Spanish immigrants. He had grown up with his grandmother in Guadalajara, where he was still living with his wife and two-year-old son. His wife was seven months pregnant. Eduardo, who was a cook in the army, commuted to Madrid each day. He was in Atocha station when the terrorist attacks occurred and was killed in the blast.