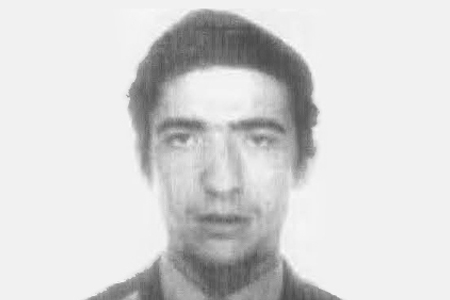 Two members of the terrorist organisation ETA, dressed in the uniform of the local police, got out of a police vehicle they had stolen some hours earlier. They approached police officers Eduardo Navarro Cañada and Clemente Medina from behind and shot them in the head at point-blank range.

The attack took place at the doorway of a fabric shop, Sederías de Oriente. The shop assistants tried to staunch the flow of blood from the officers’ wounds with towels. Eduardo Navarro was killed. Clemente Medina survived, but spent 637 days recuperating from his serious injuries. Crescencio Martínez Lecumberri, who was walking past the scene of the crime at the time, was also hit by a stray bullet. 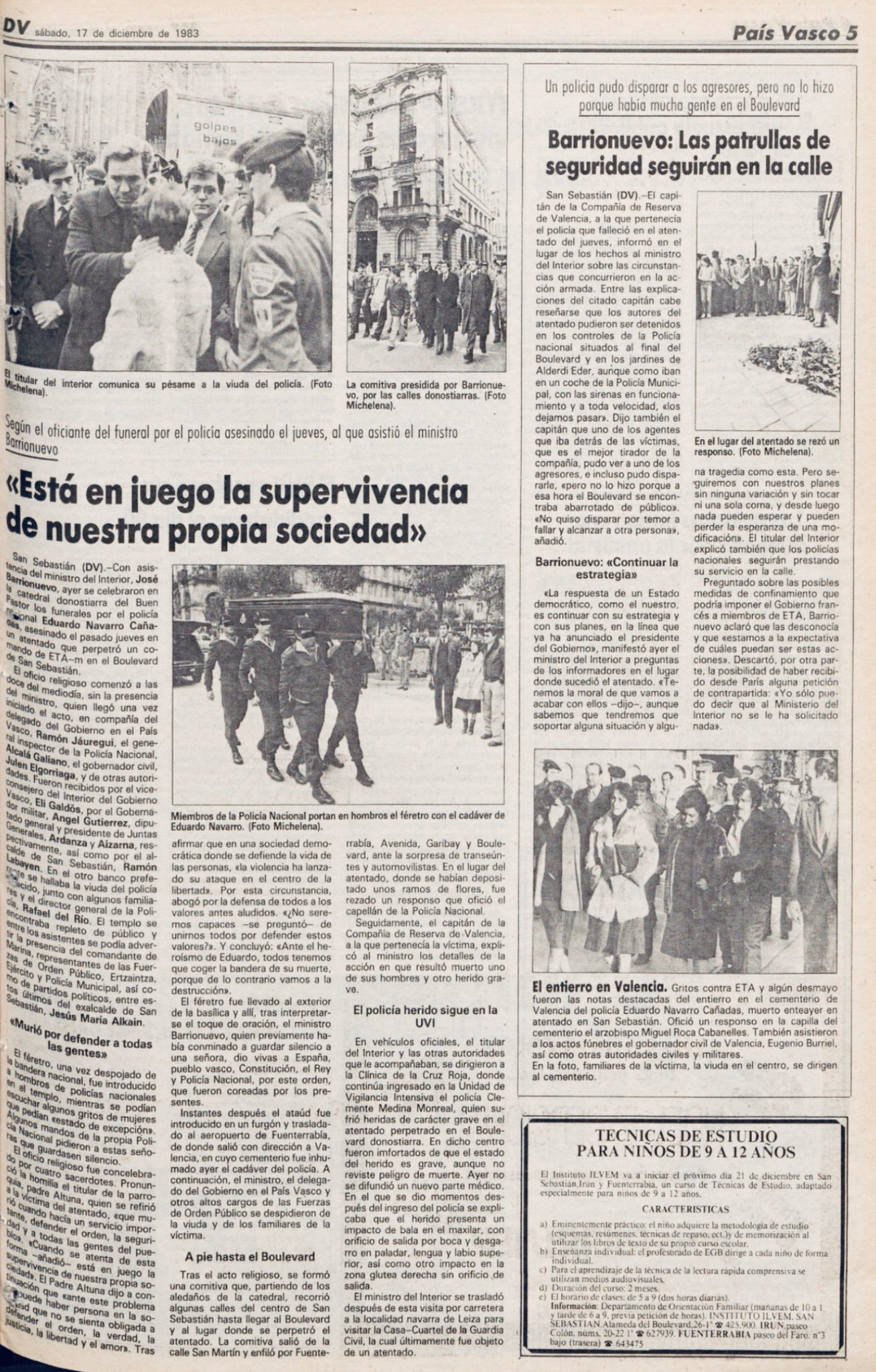 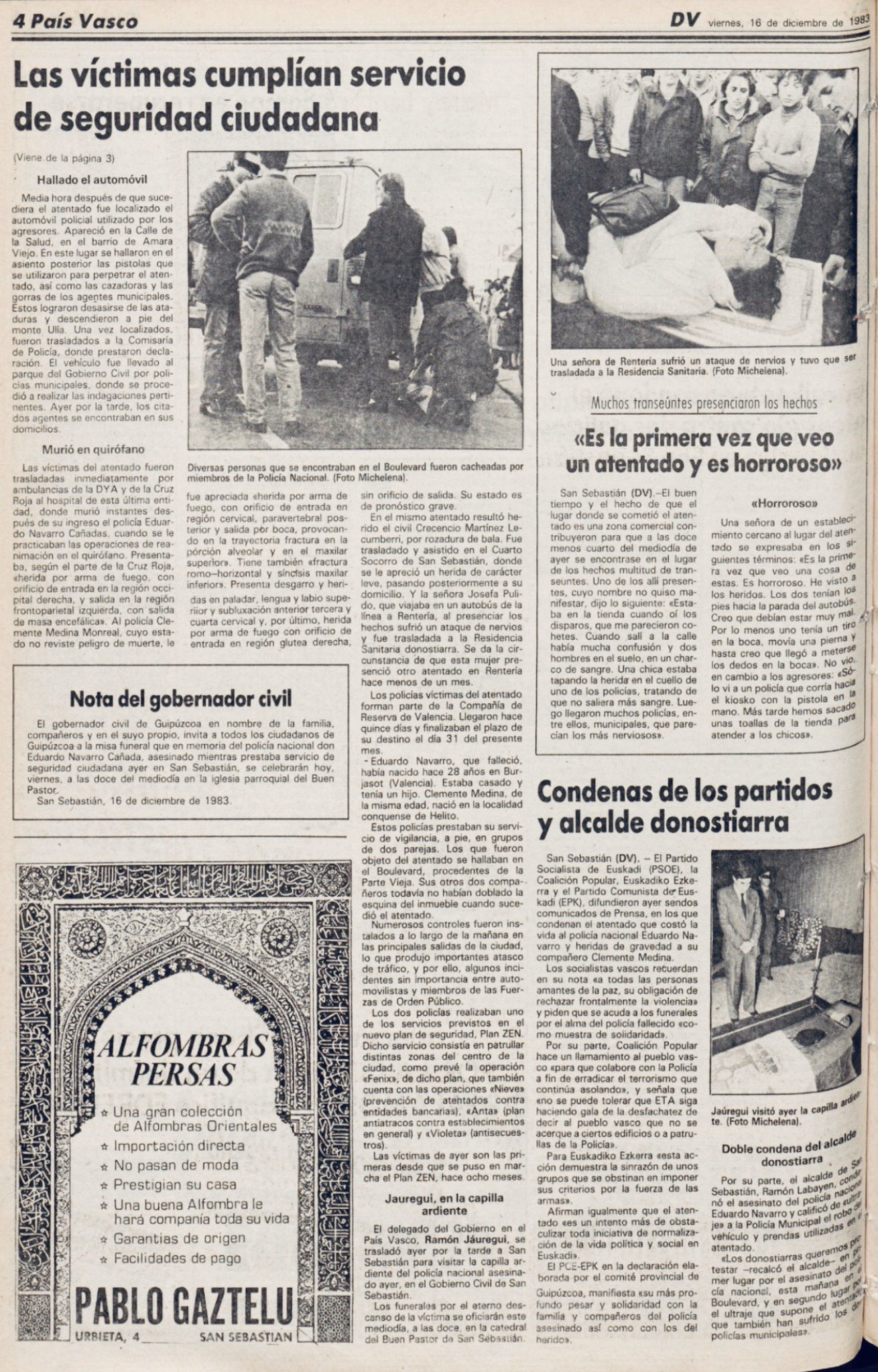 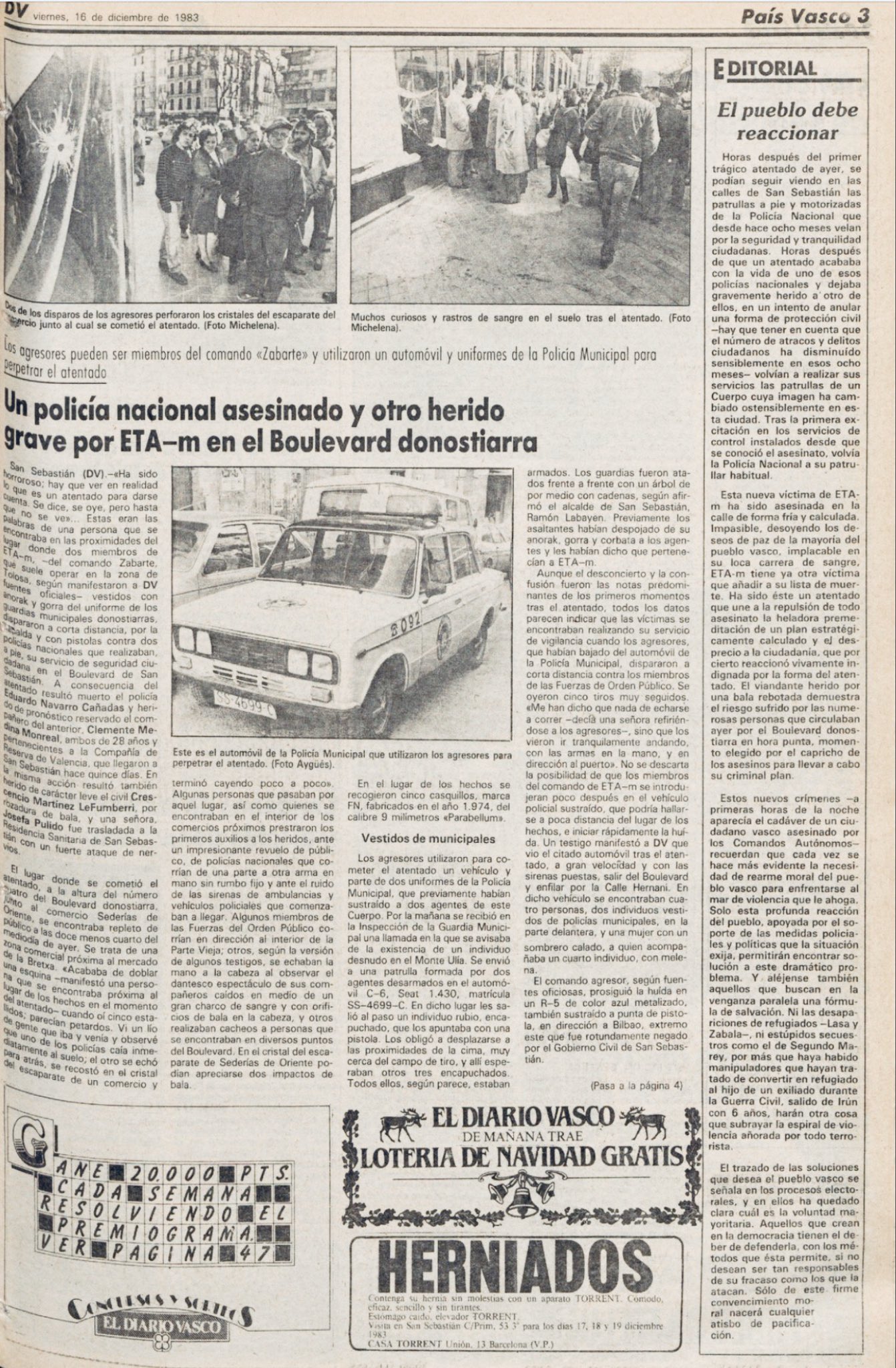 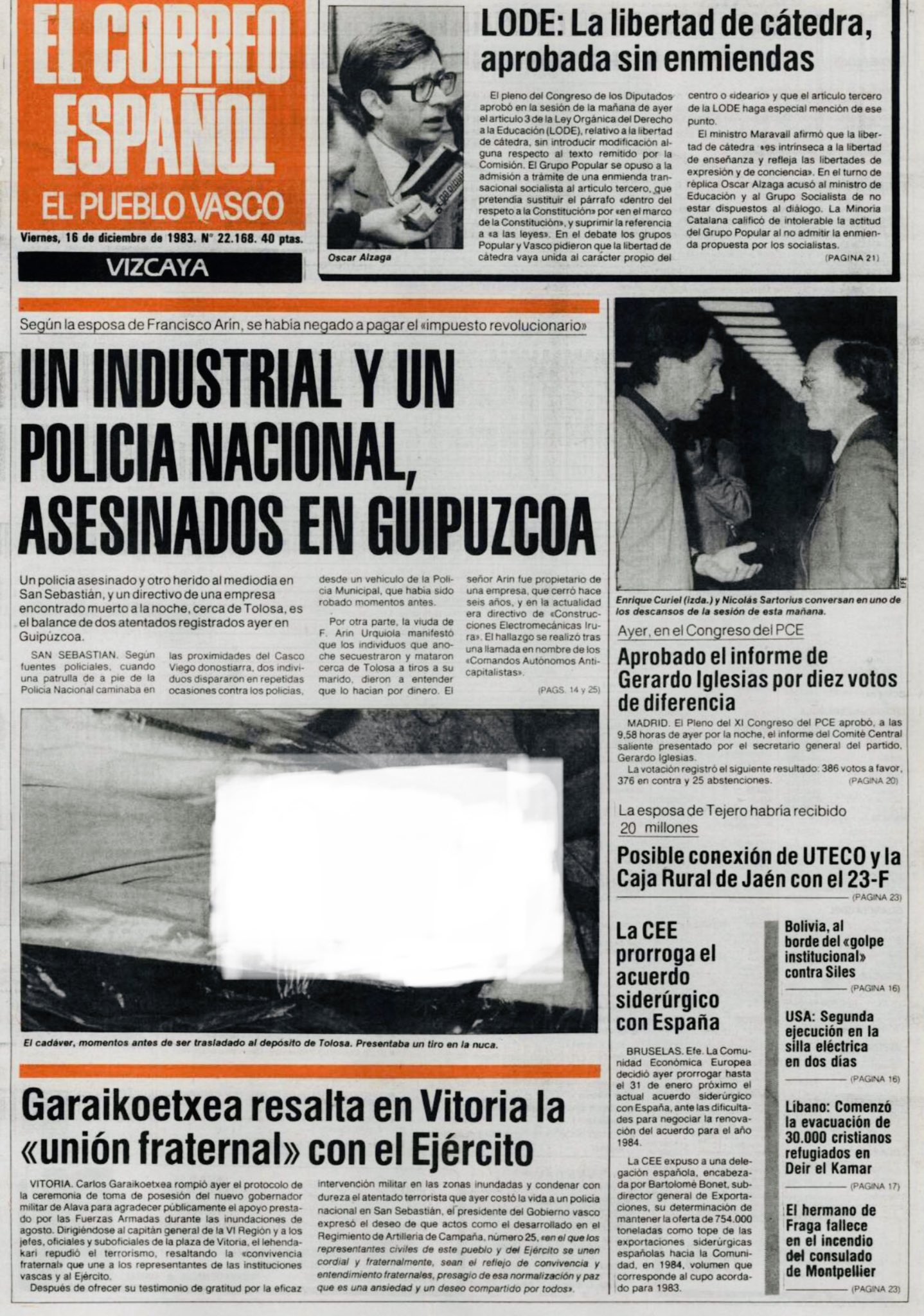