On 18 January 1979, army private Eduardo Martín Victorio was killed in the San Cristóbal mountains (Cadiz) in a cave close to Jerez de la Frontera (Cadiz). The young man had been on sentry duty in a powder magazine. He remained missing until Friday 19th, when his body was found 200 metres from the sentry post. He had been shot in the head and his boots and cartridges taken. In a call to a local newspaper, GRAPO claimed responsibility for his murder. He was the first person to die in a terrorist attack in Andalusia. 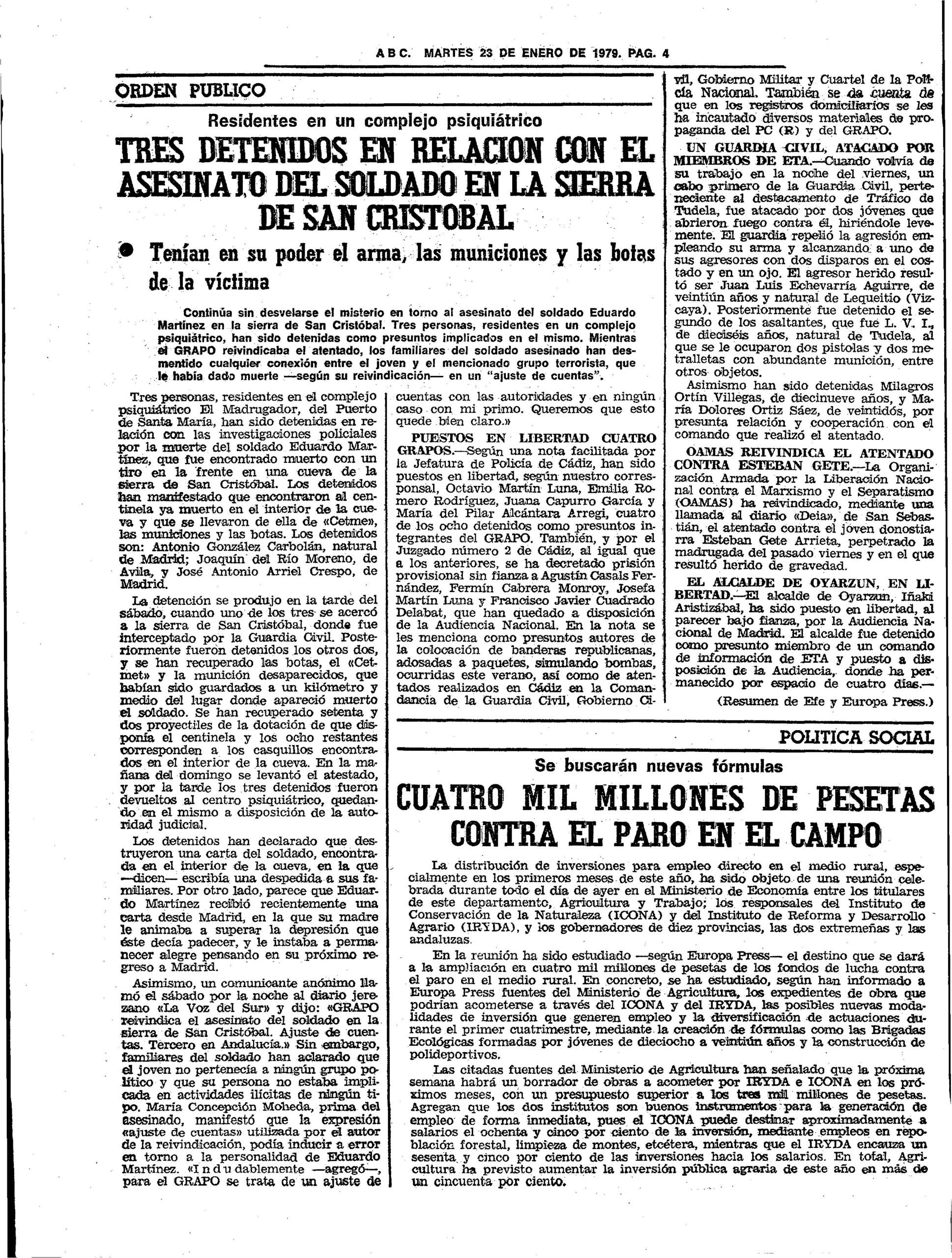 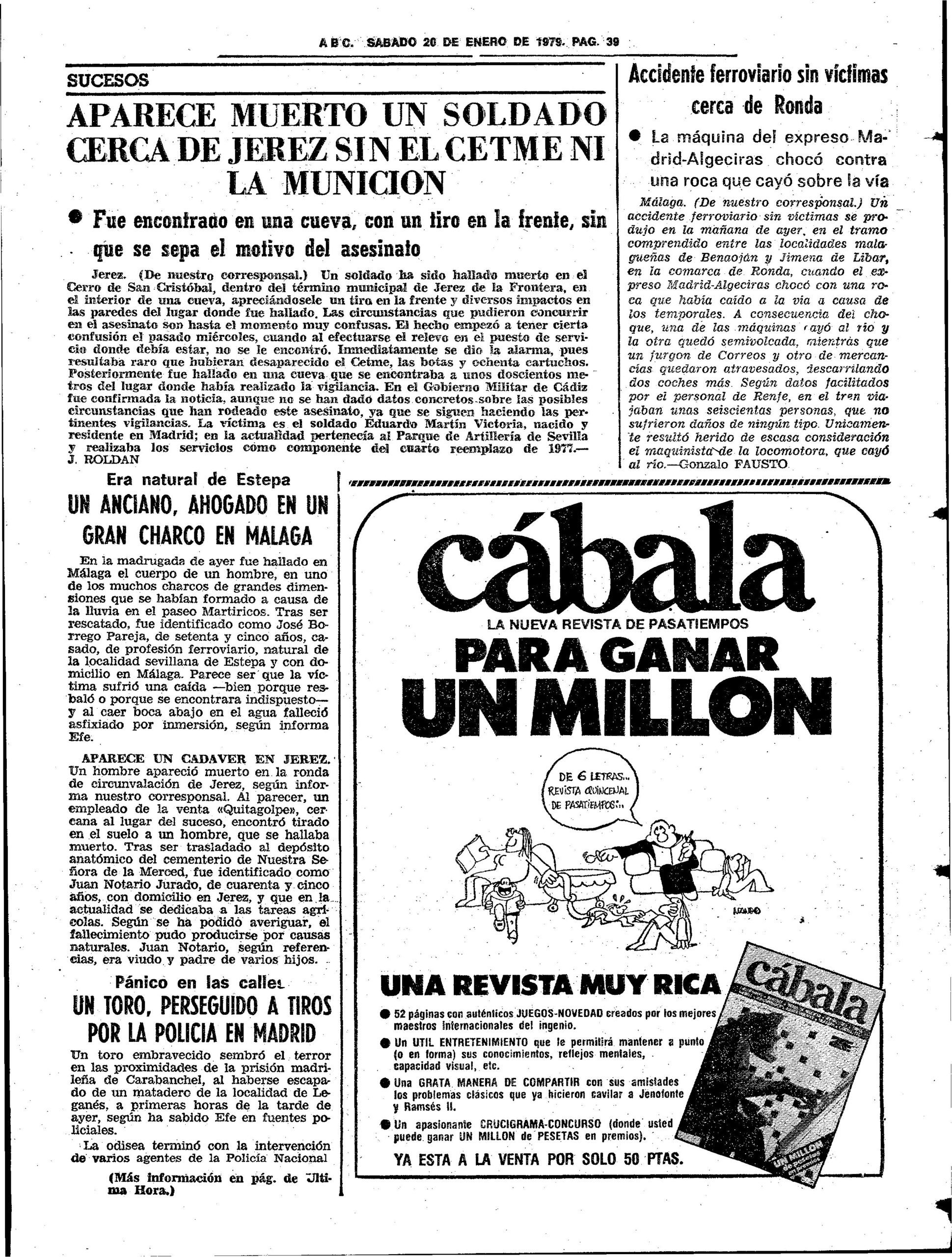