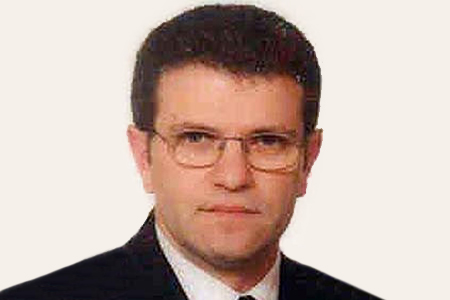 Born in: Euskadi
Age: 49
Offspring: 2
Marital status: Married
Job: Head of the Special Vigilance Group of the Information Brigade of the National Police
Date of the attack: 19/06/2009
Place of the attack: Bilbo
Weapon: Bomb attached to the underside of the car
Killed by: ETA

Eduardo Antonio Puelles García was killed on his way to work. At 9.05 am, he got into his car. He had driven only a few metres, when a limpet-bomb attached to the underside of his car exploded.

The victim was set on fire by the explosion. A witness later said that he had time to call out for help, but due to the intense blaze nobody was able to go to his aid.

Puelles had a very impressive service record, having take part in the arrest of numerous terrorists. As his brother Josu Puelles said, “He was a hero, not a victim”. The inspector’s murder was the first perpetrated by ETA following the inauguration of the socialist Patxi López has first minister (lehendakari) of the Basque Country in 2009. Following a protest march through the streets of Bilbao, López read a speech, including a poem in Basque he had written himself:

Once again a dark day has come / We heard the noise of a bomb / The Basque assassin has killed one of our citizens / They have killed Eduardo Antonio Puelles to break our will / How costly is the road to freedom! / But they will not vanquish / They do not know that we are not like them. We do not accept the murderers / We are better than them / Therein lies our strength and their weakness / We have bitter tears on our faces / The pain breaks our hearts / But the hands of freedom unite us / With everyone joining forces / Joining voices / To say together, “No to ETA” (Efe, 20/06/2009). 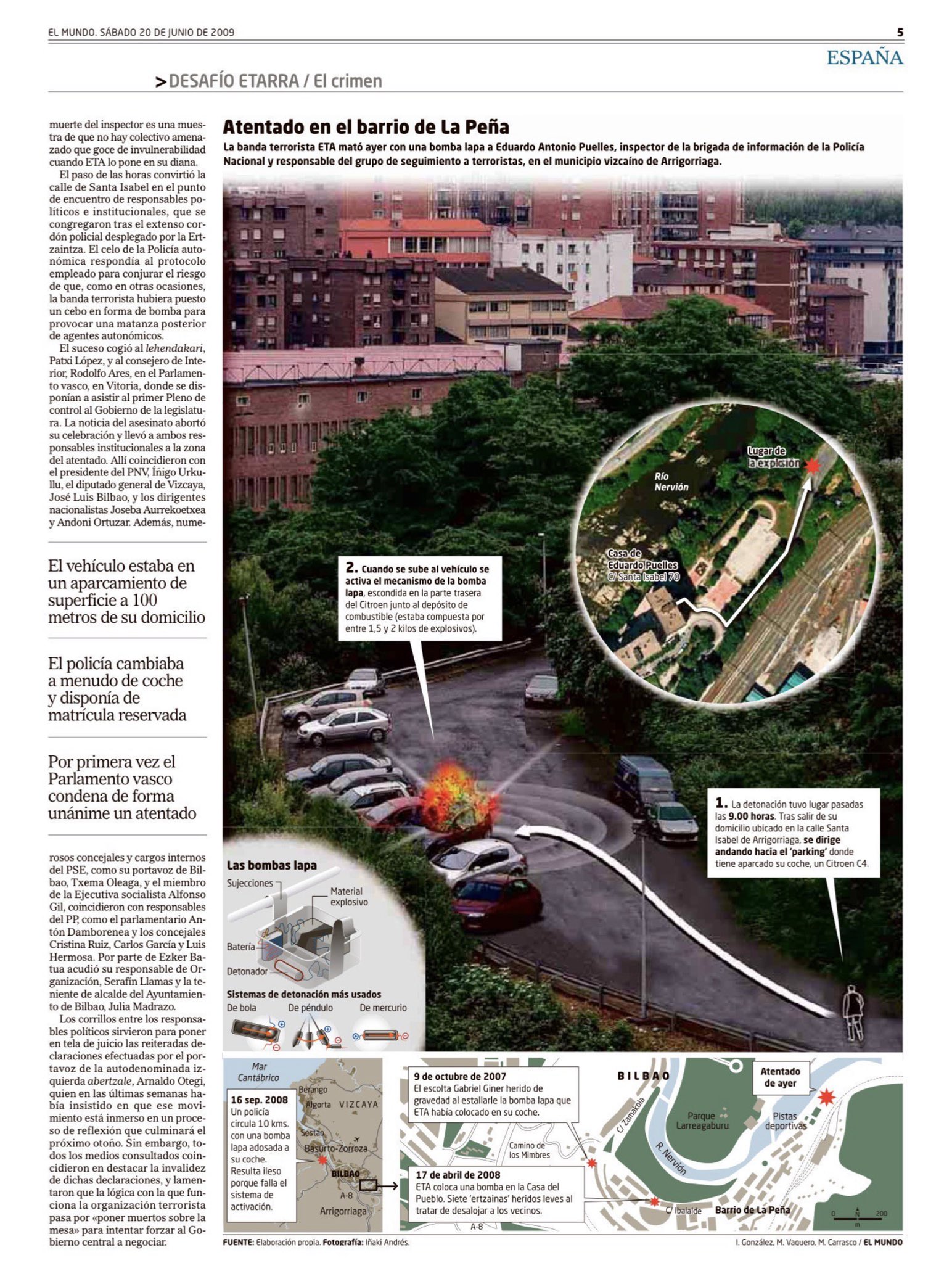 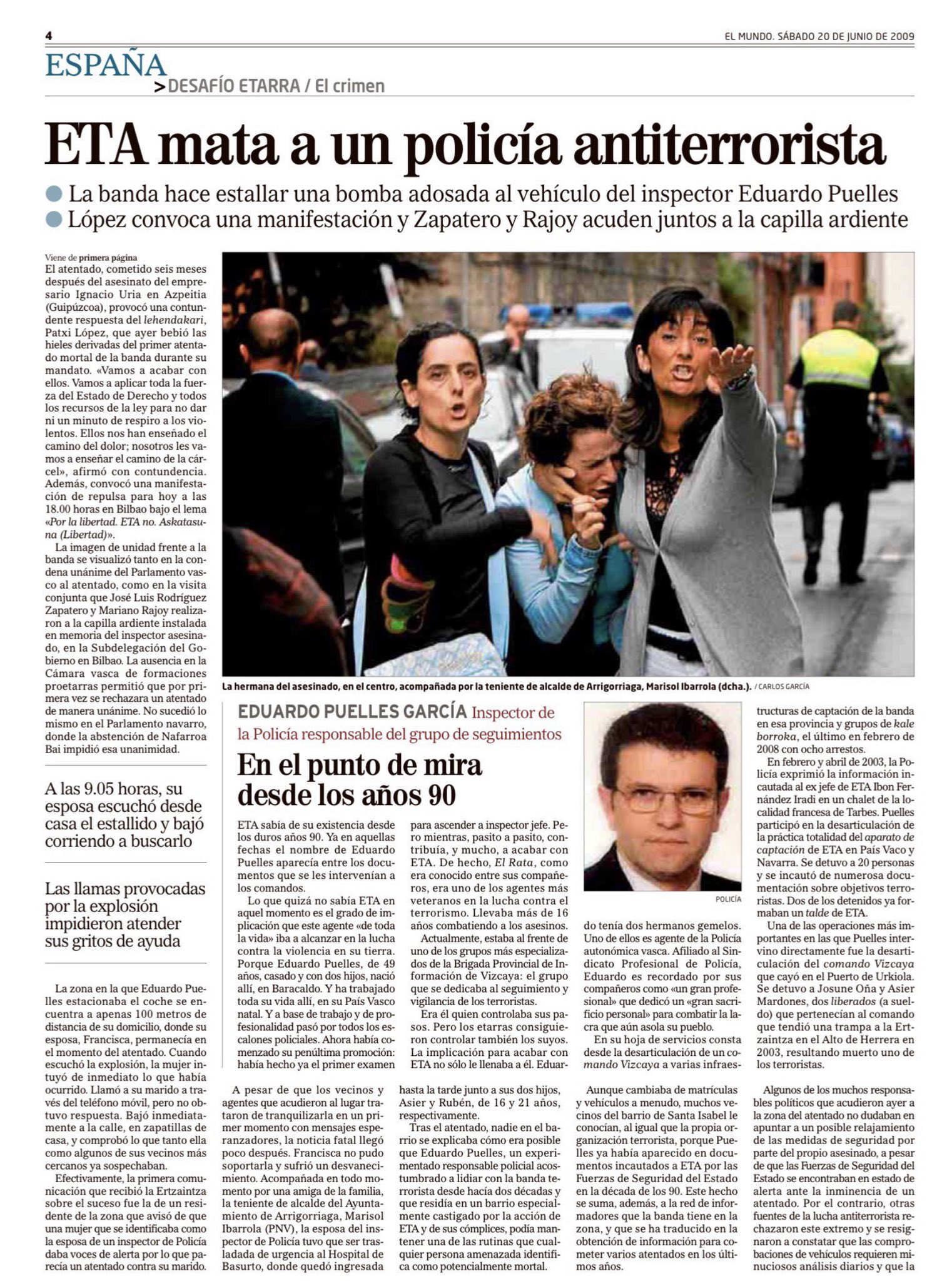 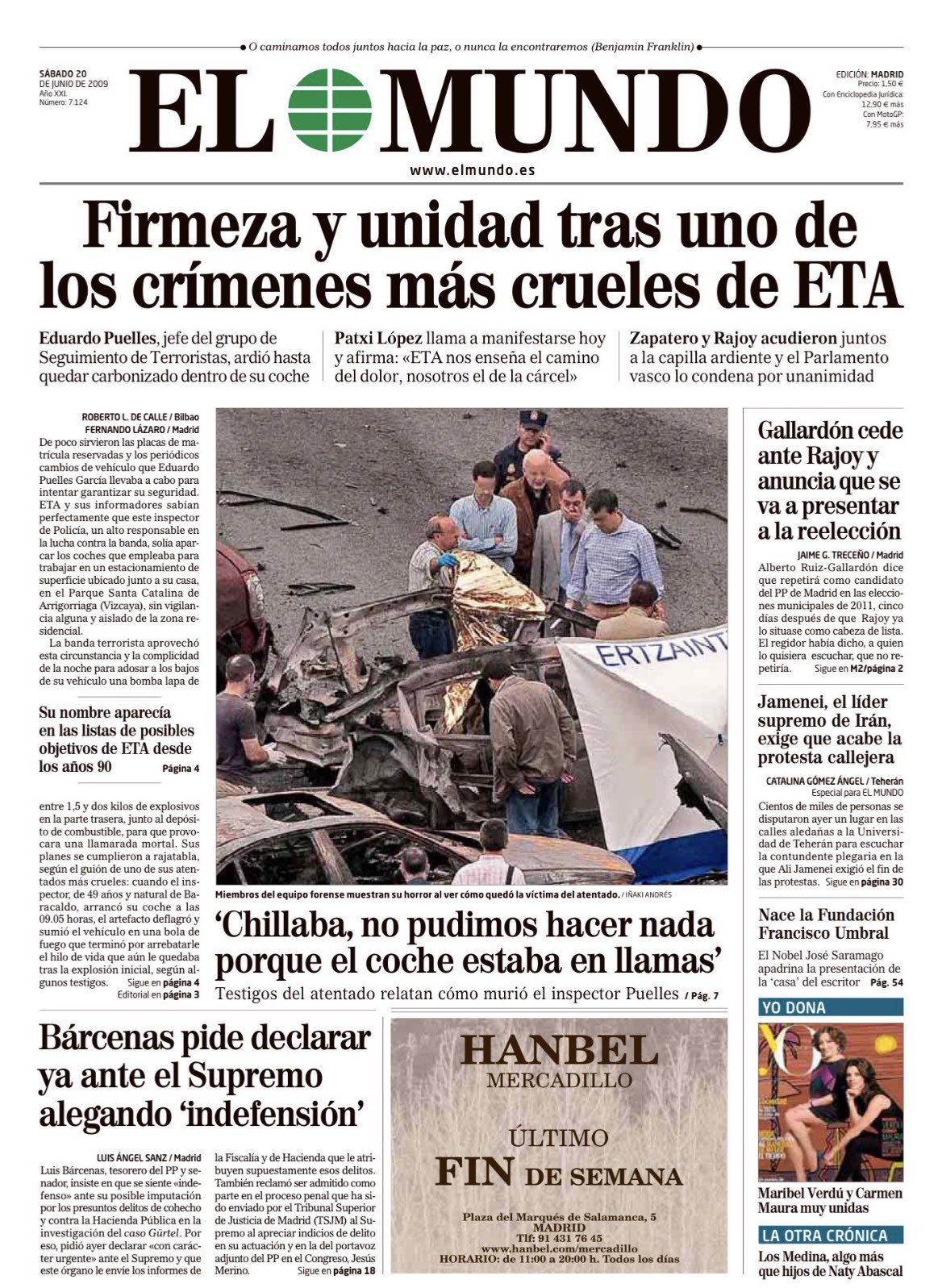 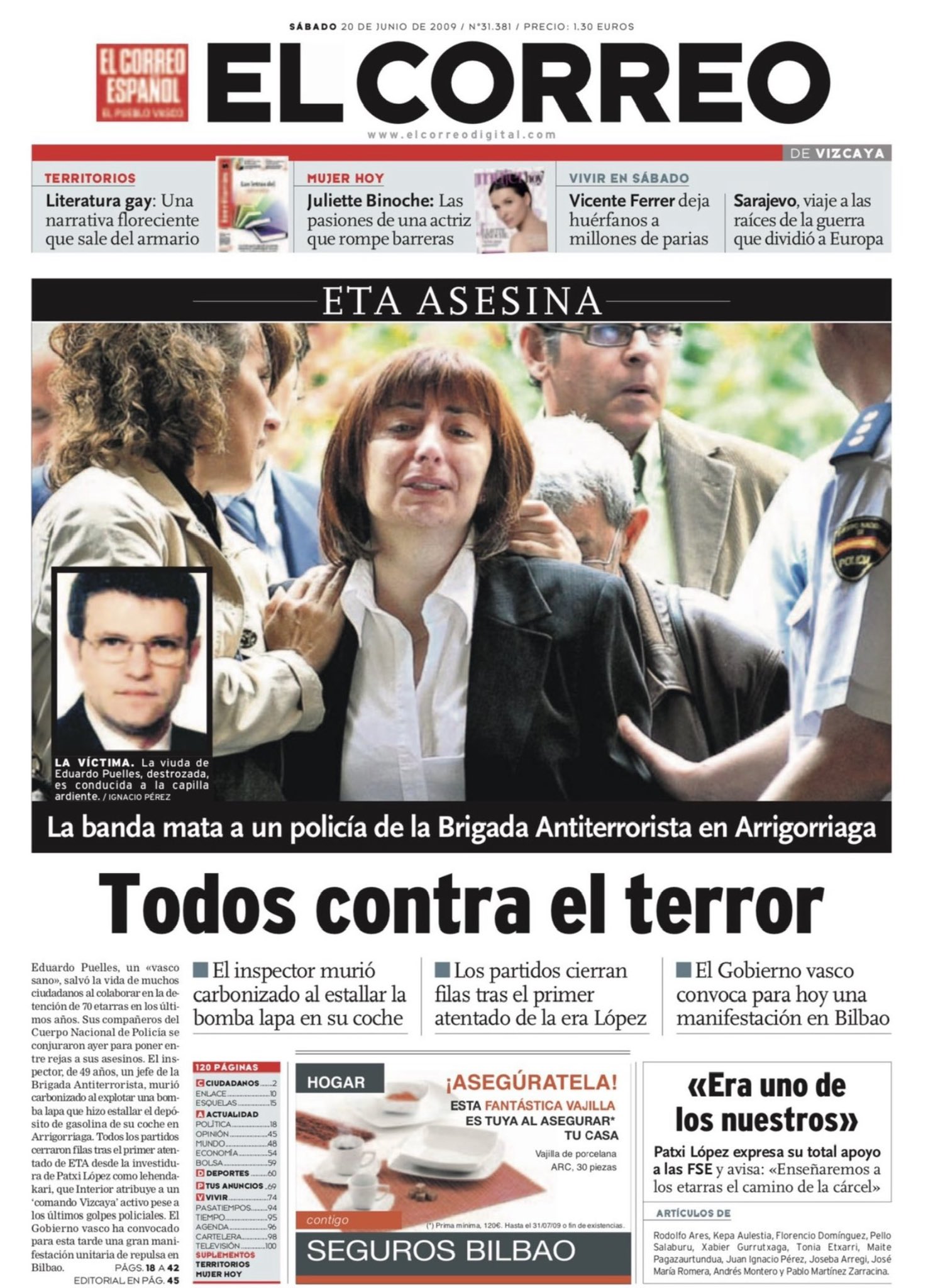