The time was around 11.20 am, and in the adjoining room, relatives and friends of the inmates were waiting for prison visits. Suddenly, a bomb that had been planted in the package exploded, destroying the room. Donato Calzado García, Manuel Pérez Ortega, Jesús Sánchez Lozano and Raimundo Pérez Crespo were killed by the explosion. Another 30 people, including two children, were wounded. ETA claimed responsibility for the attack. Six ETA members were being held in Sevilla-1 prison and on the same day another member of the organisation was standing trial in the city.

Donato Calzado García was a bricklayer and had been serving a two-year sentence since 1990. At the time of his death, he was serving a ‘third degree’ prison regime (enjoying certain privileges) and was helping out in the mail service while awaiting imminent release on parole. He was preparing to get married. 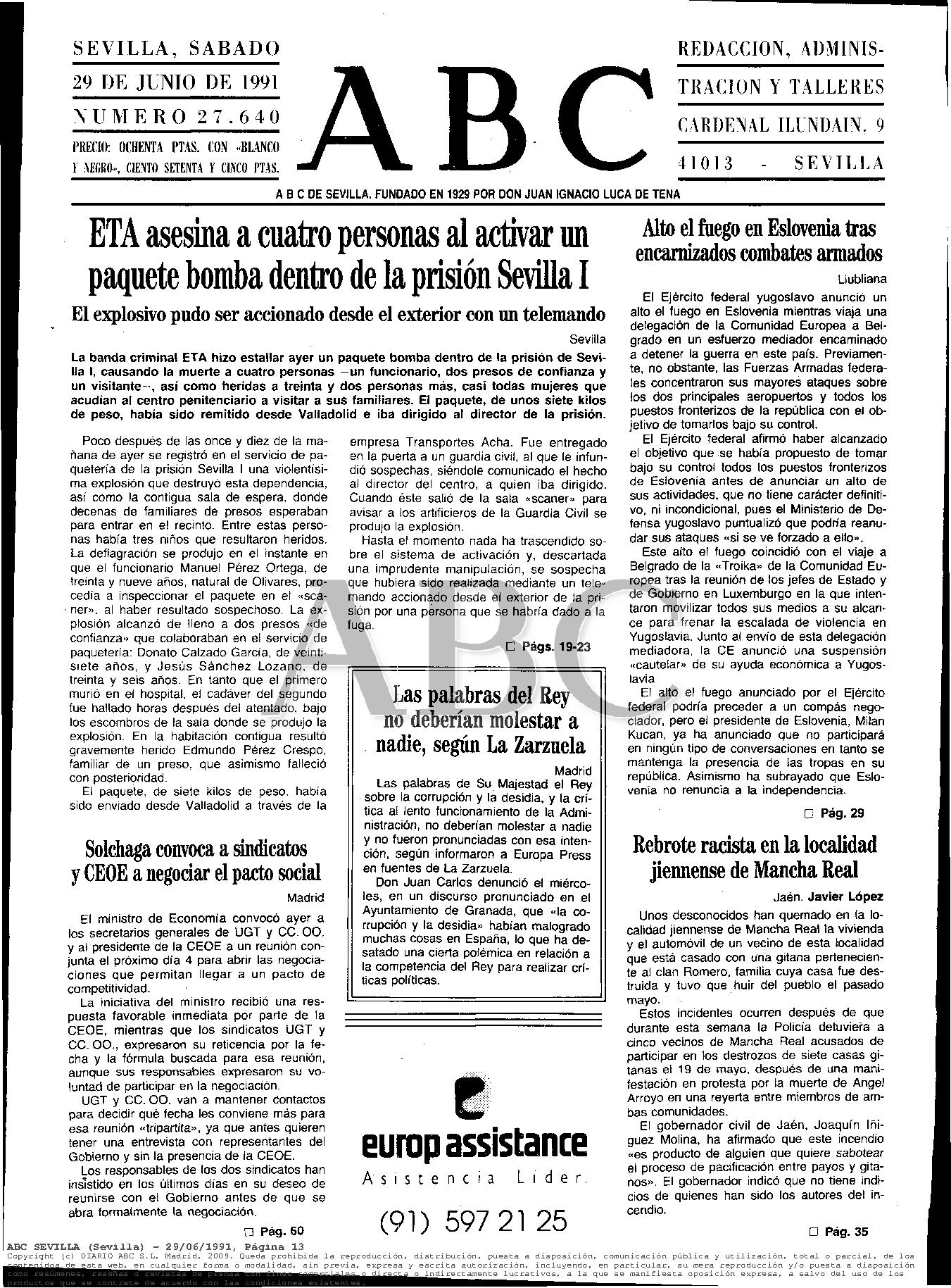 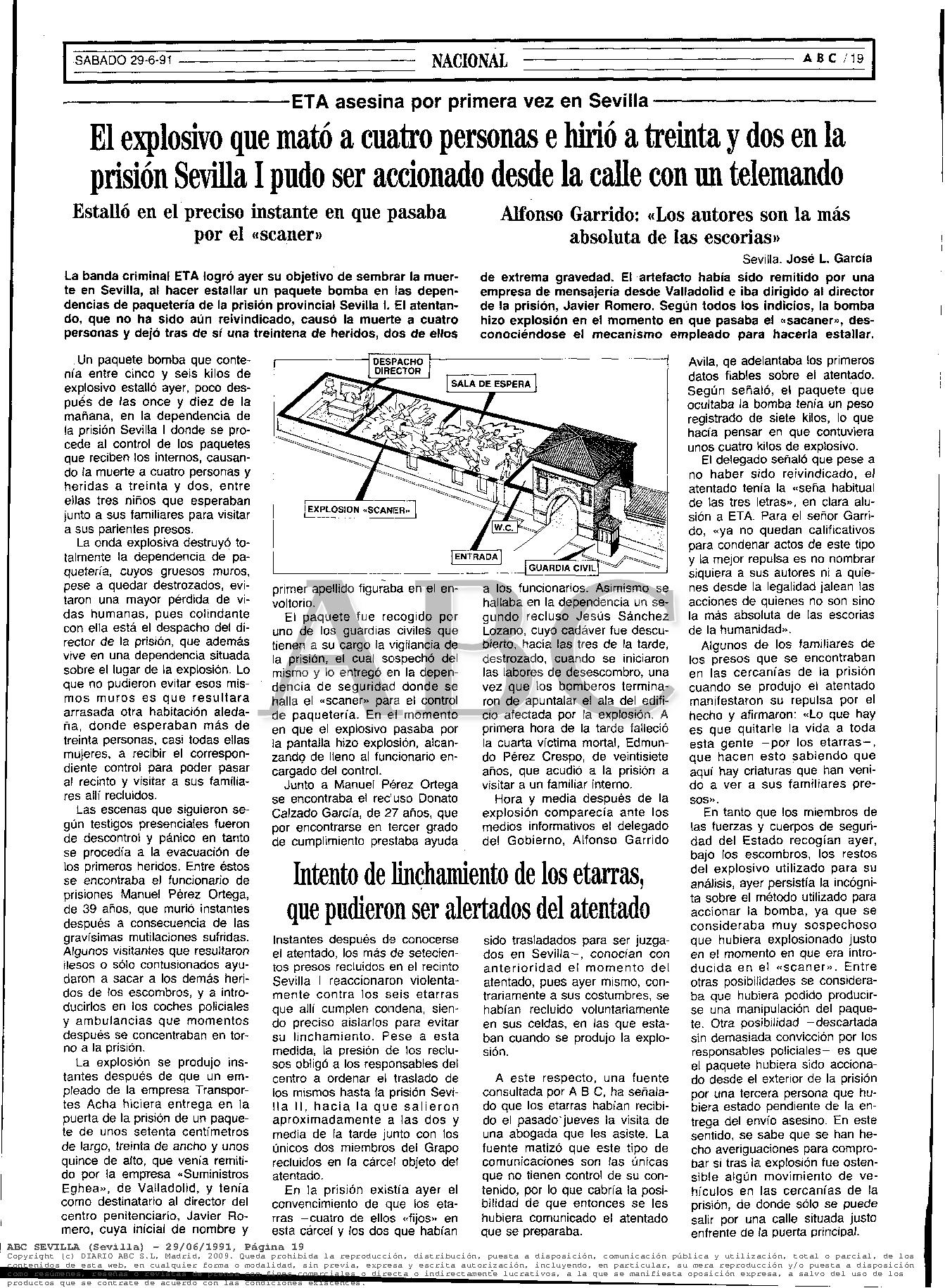 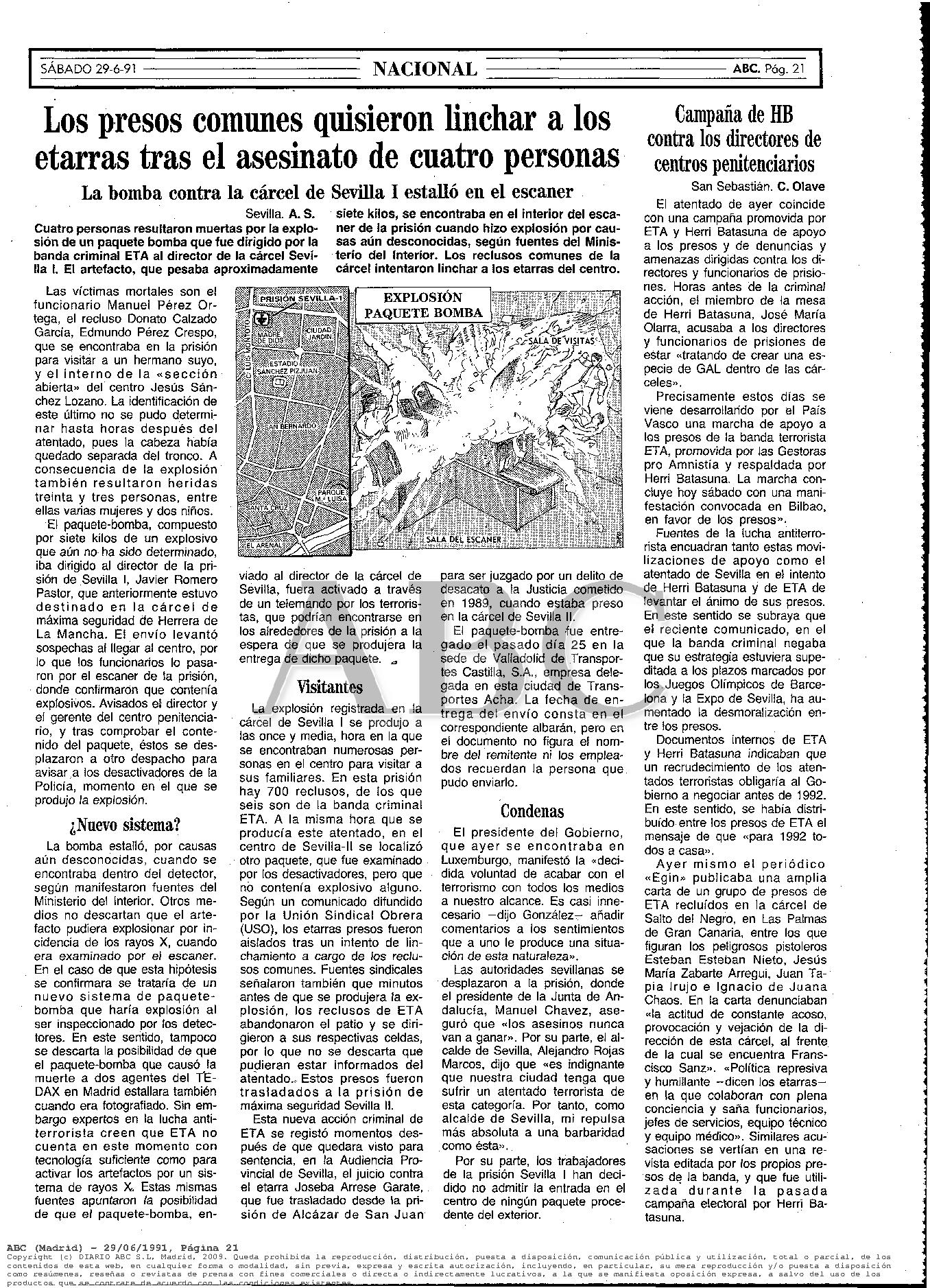 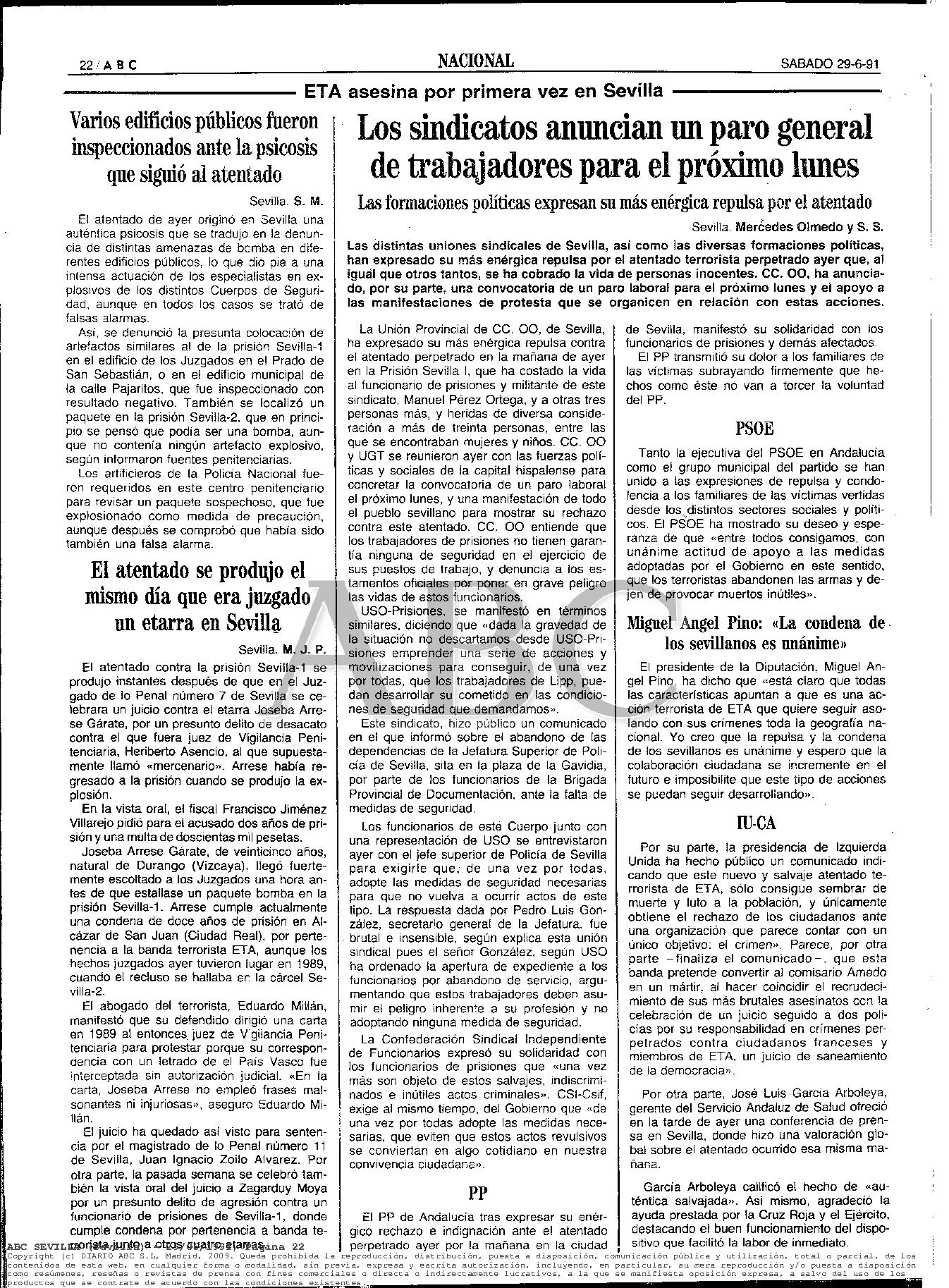 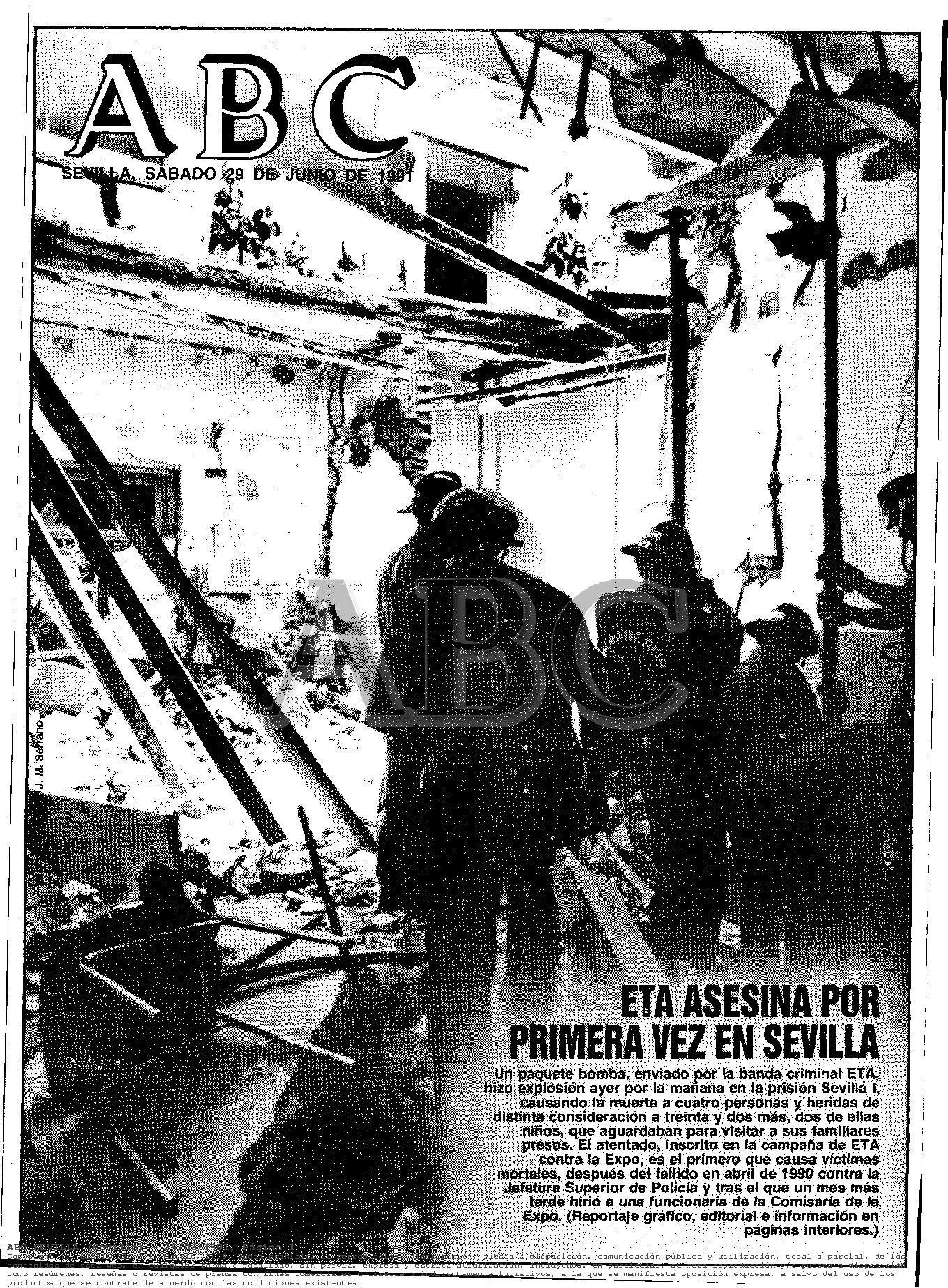 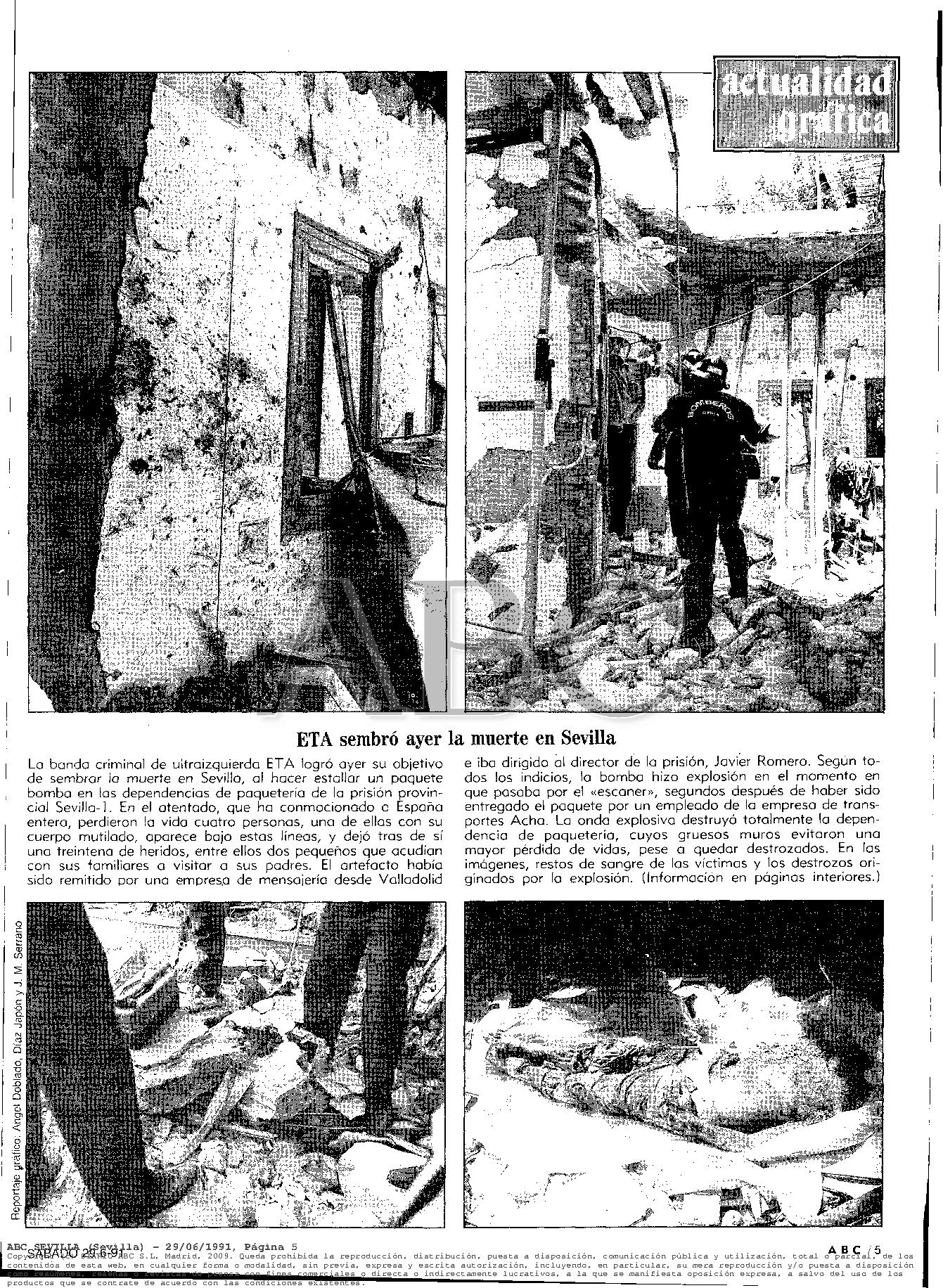 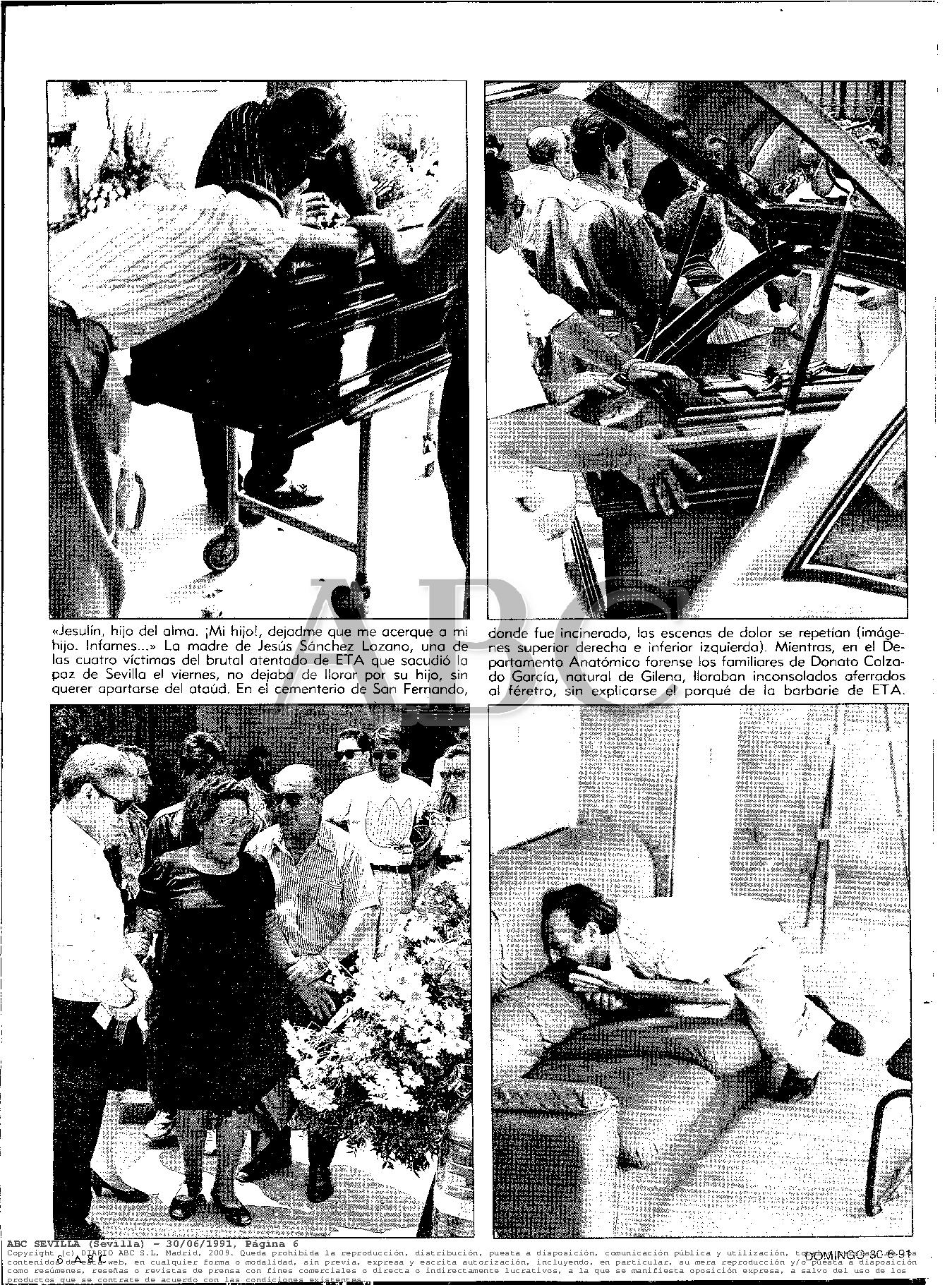