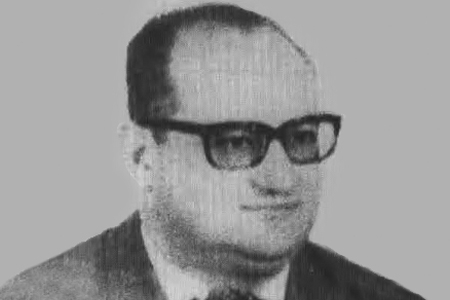 On 14 May 1975, Civil Guard Lieutenant Domingo Sánchez Muñoz was killed by ETA when he was searching one of the organisation’s safe houses in Guernica. The Civil Guard were trying to locate members of the group in a safe house at No. 47 Calle Señorío de Vizcaya. The ETA members they were looking for were believed to be responsible for killing officer Andrés Segovia Peralta eight days before. At around 6:00 am the officers went to the main door of the building. The two ETA members inside tried to get away through a window at which the victim was posted. He was shot in the head and chest. He was taken to a hospital in Bilbao, but was pronounced dead on arrival.

The civil guards and the ETA members exchanged fire for almost half an hour, during which the two owners of the house, Garay Lejarreta and his wife Blanca Saralegui Allende, were both killed. The two ETA members got away, but the Civil Guard managed to locate one of them, Jesús María Markiegi Aiastu (alias Motriko) and a new gunfight broke out in which he was killed.