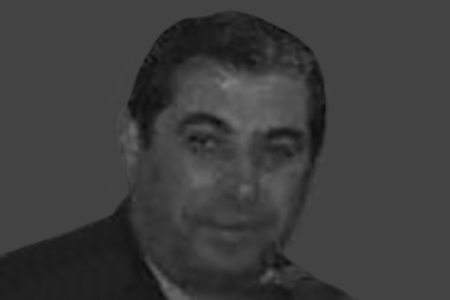 On the morning of 10 February 1997, Domingo Puente Marín took the unmarked military van that was to transport civilian and military personnel to the Amilla Air Base in Granada. At 7.13 am, as the military vehicle passed, an ETA unit detonated a car-bomb.

The explosion blew the van off the road and Domingo Puente Marín was killed instantly. Another nineteen people were injured by the blast, including occupants of the vehicle and residents of a nearby building, amongst them two children.

Domingo Puente Marín worked as a hairdresser on the Armilla air force base, in Granada. He was married and had three children aged 21, 18 and 15. 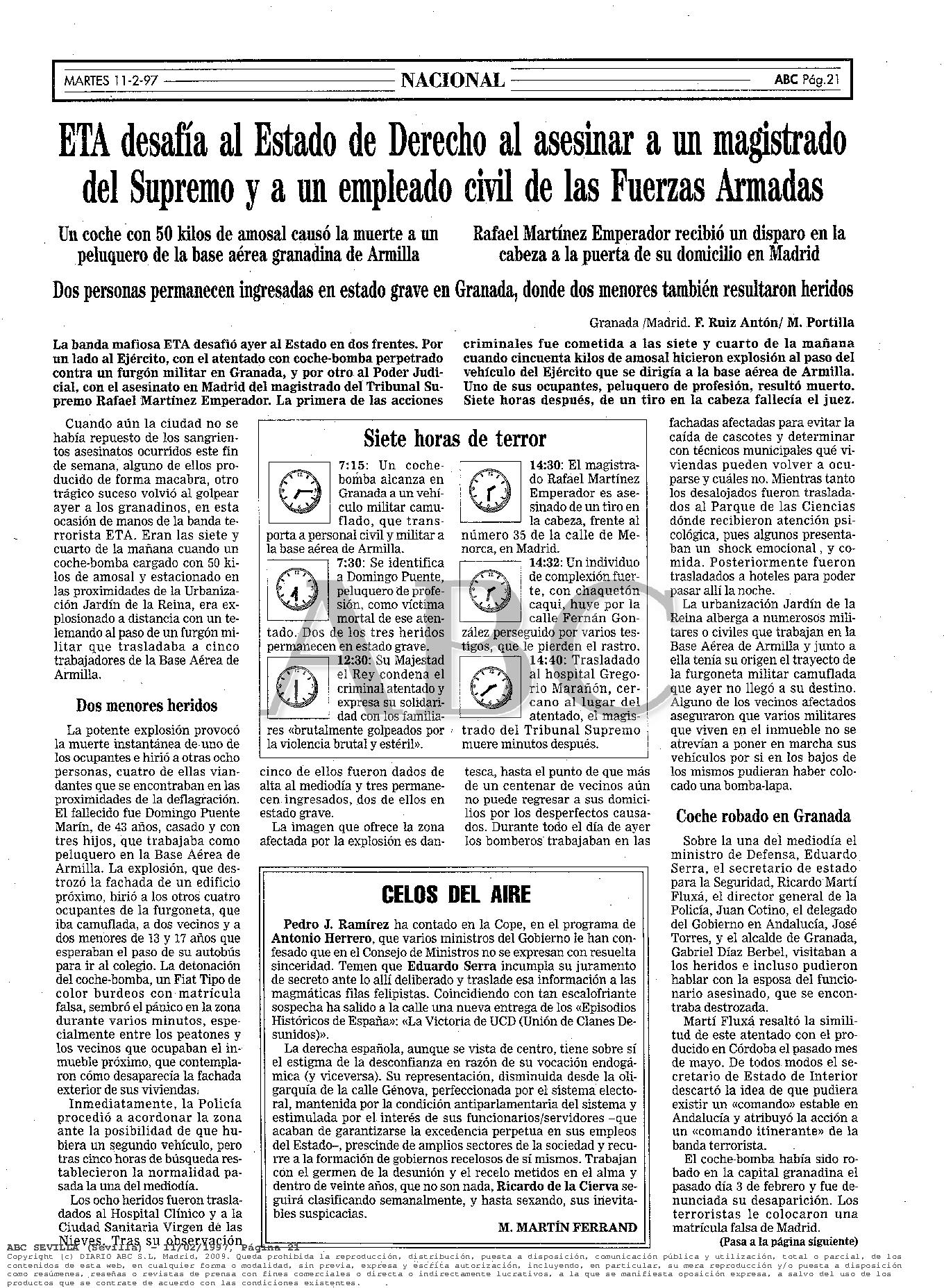 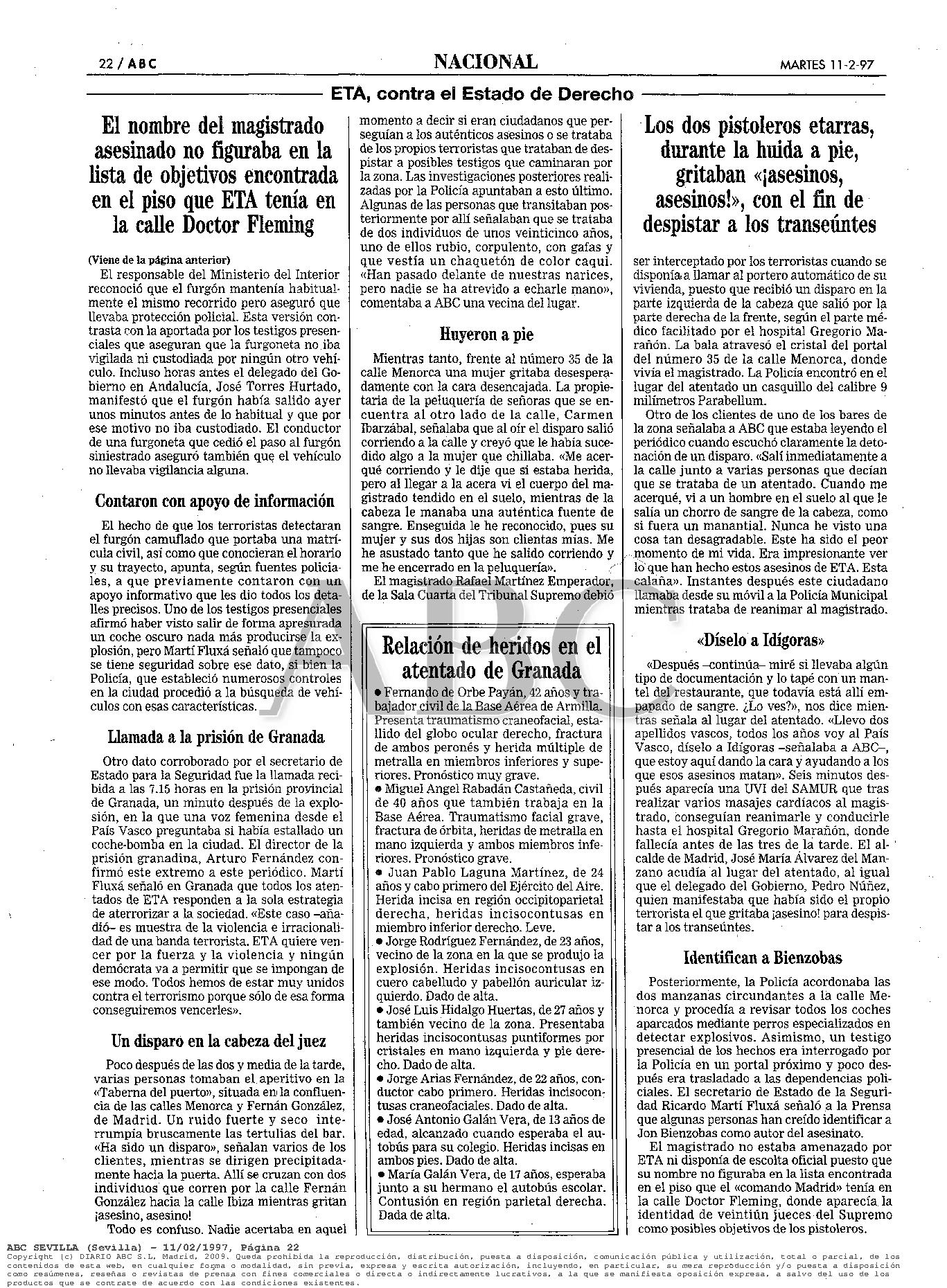 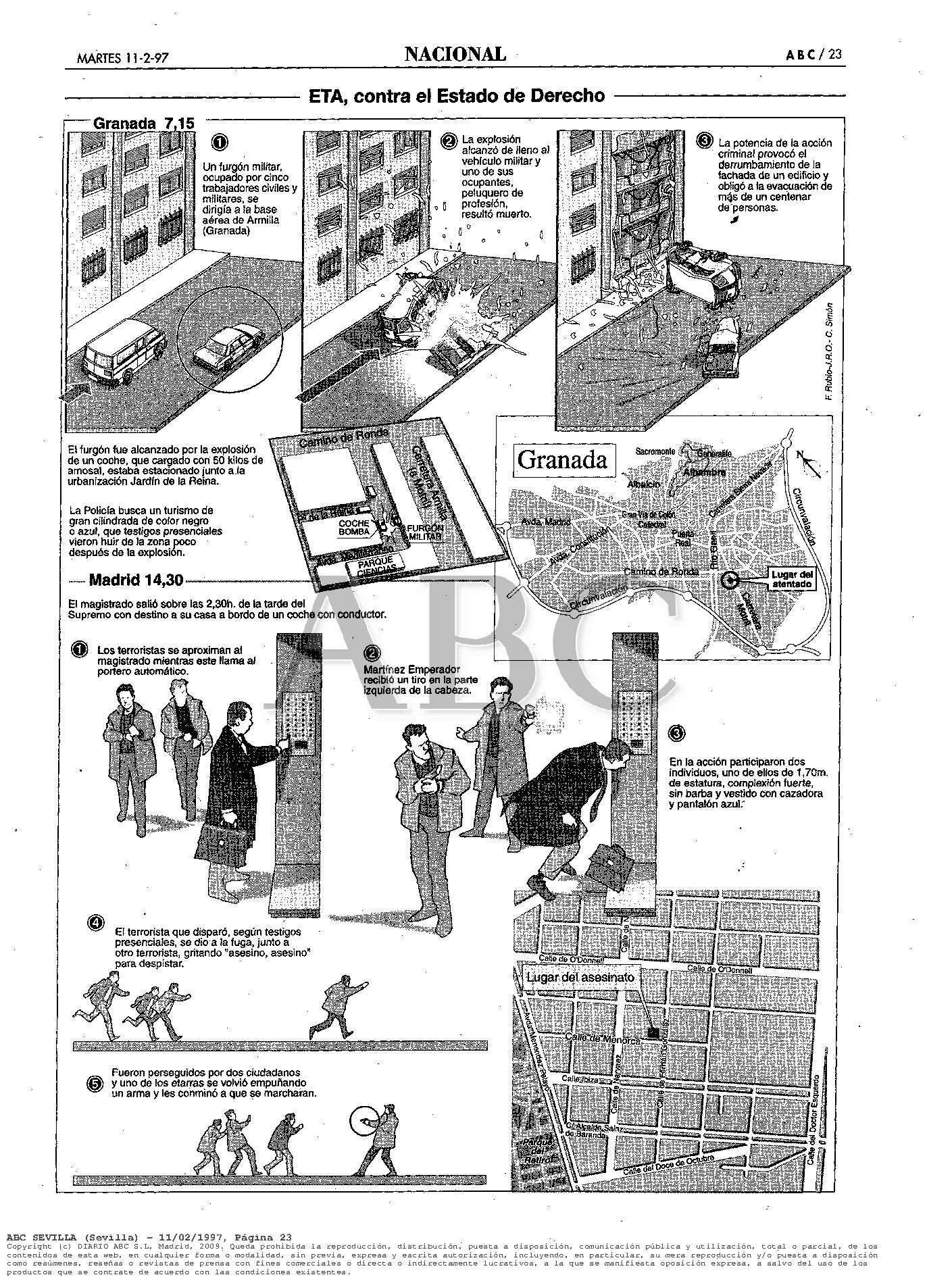 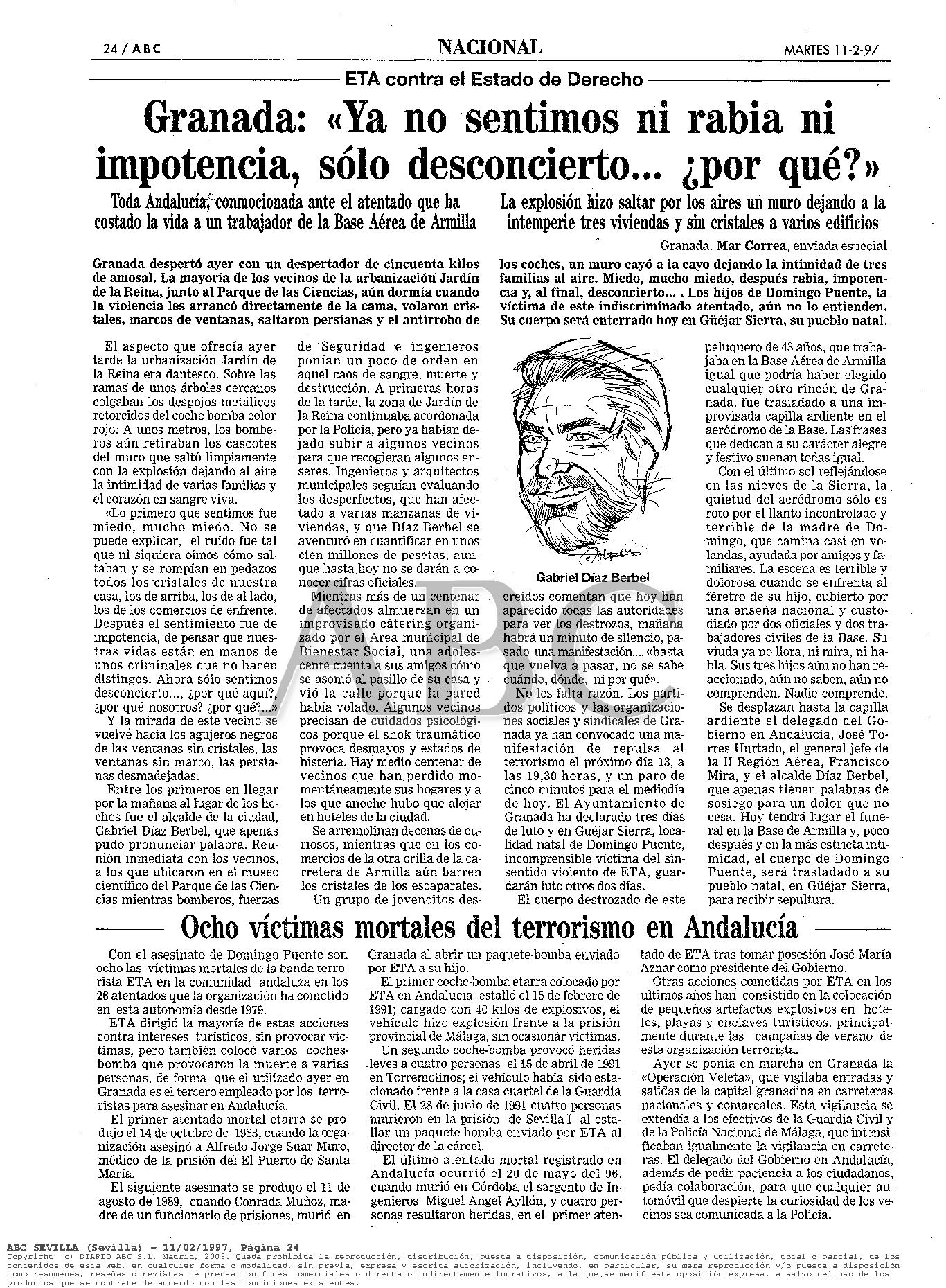 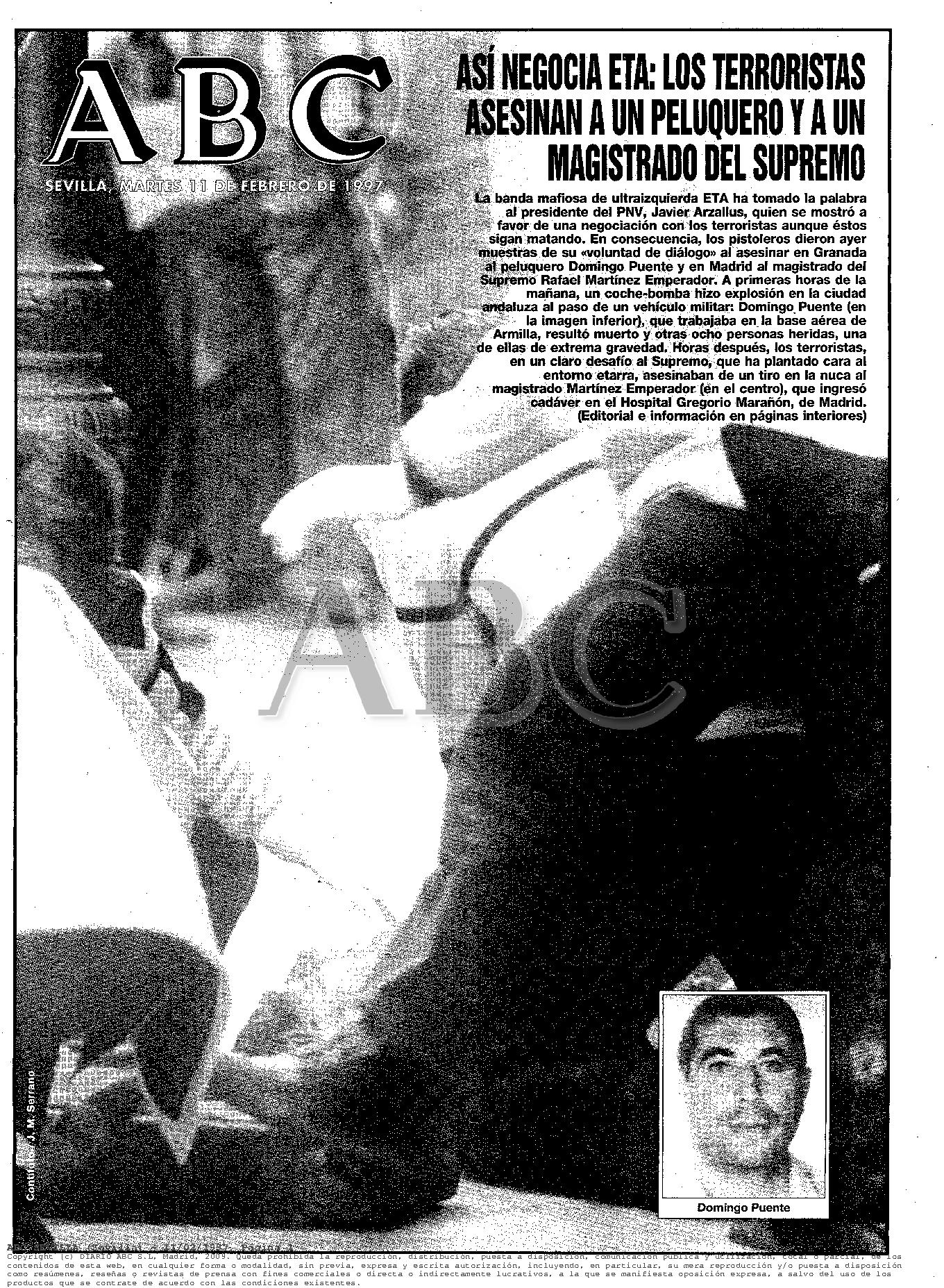 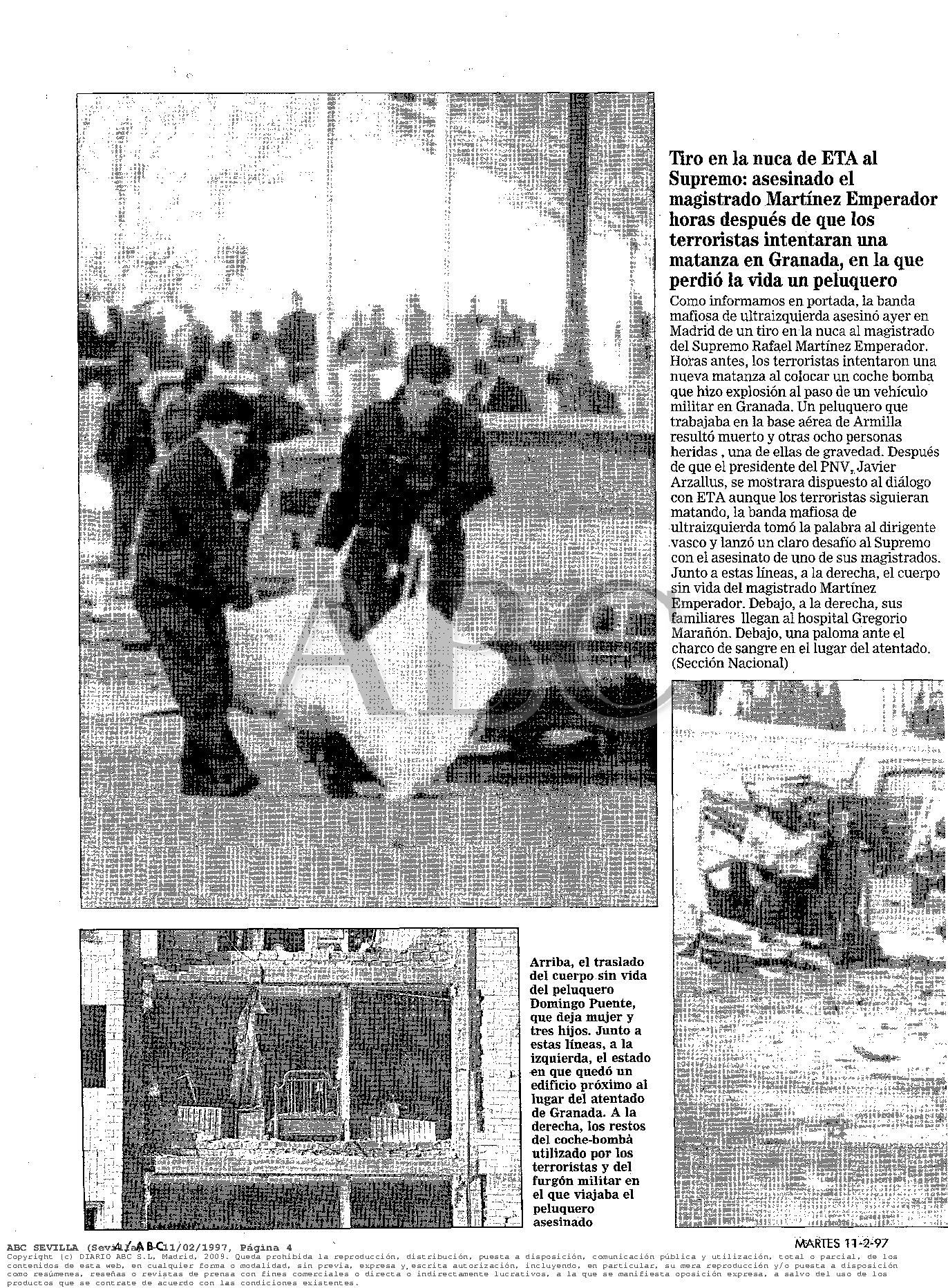