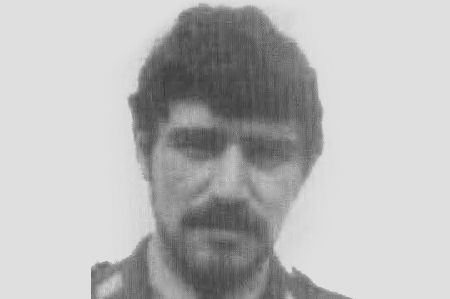 Dionisio Villadangos Calvo was shot numerous times when he was having a coffee at the Majusi Bar in the Amara district of San Sebastián, with his colleagues Jesús Holgado Sabio and José Manuel Rodríguez Fontana. The three officers went to the bar counter. When the barman bent down to get a glass, two unmasked ETA members shot them. Some of the clients mistakenly thought that the shots had been fired by another man who was having a beer. In the confusion, the real perpetrators made off in a moving car.
Dionisio Villadangos and Jesús Holgado were still alive when the ambulance arrived, but died later in hospital. 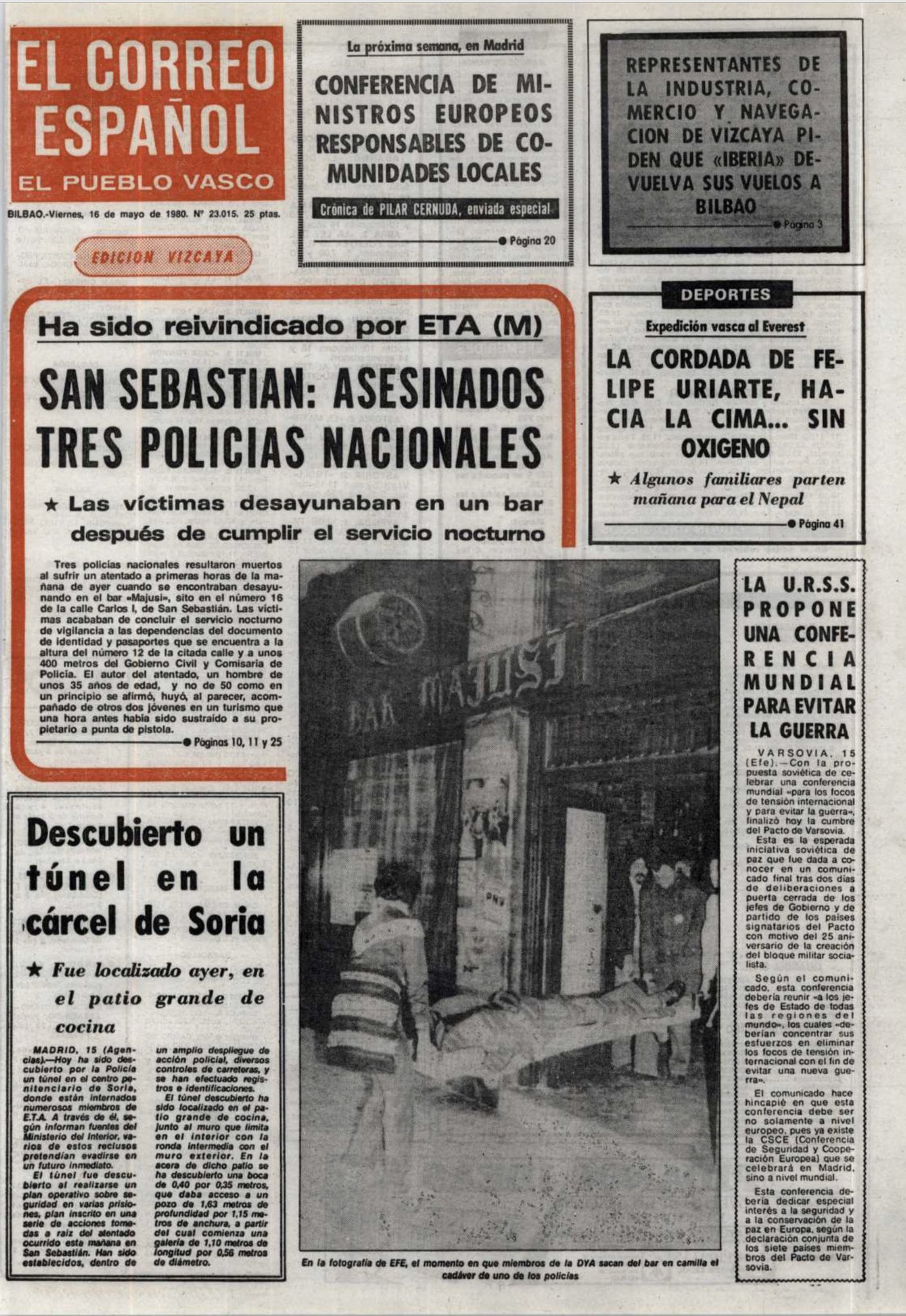 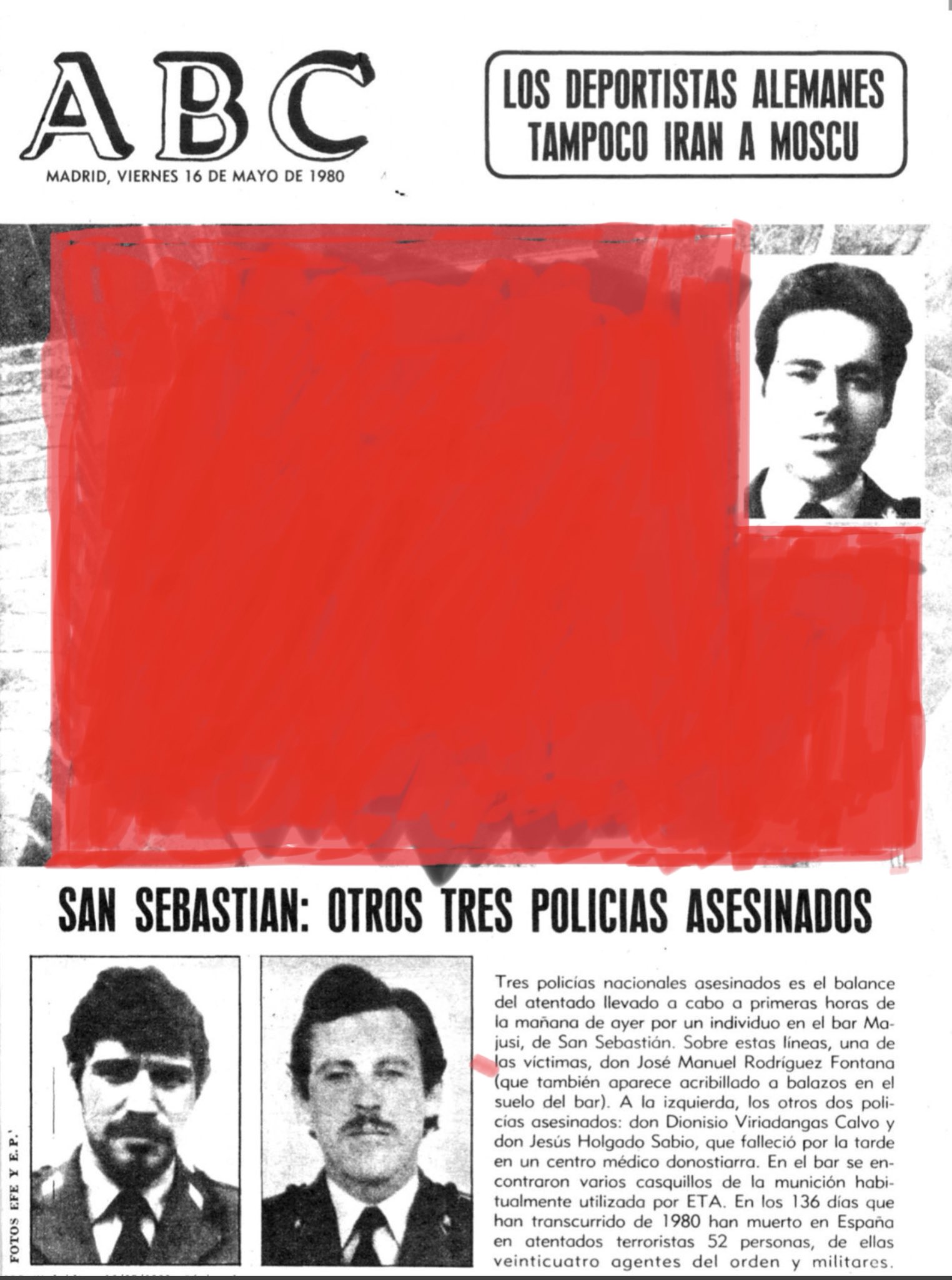 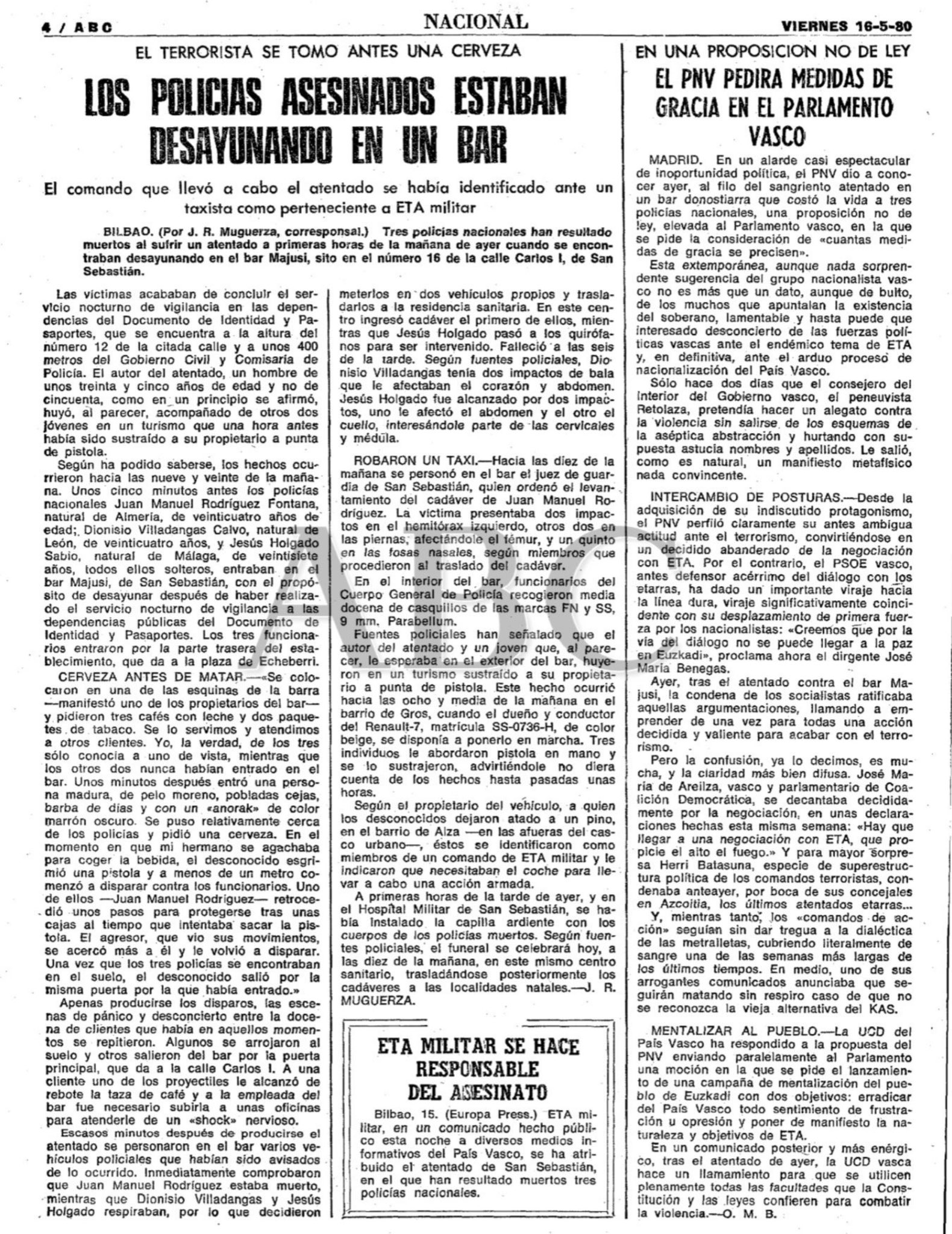 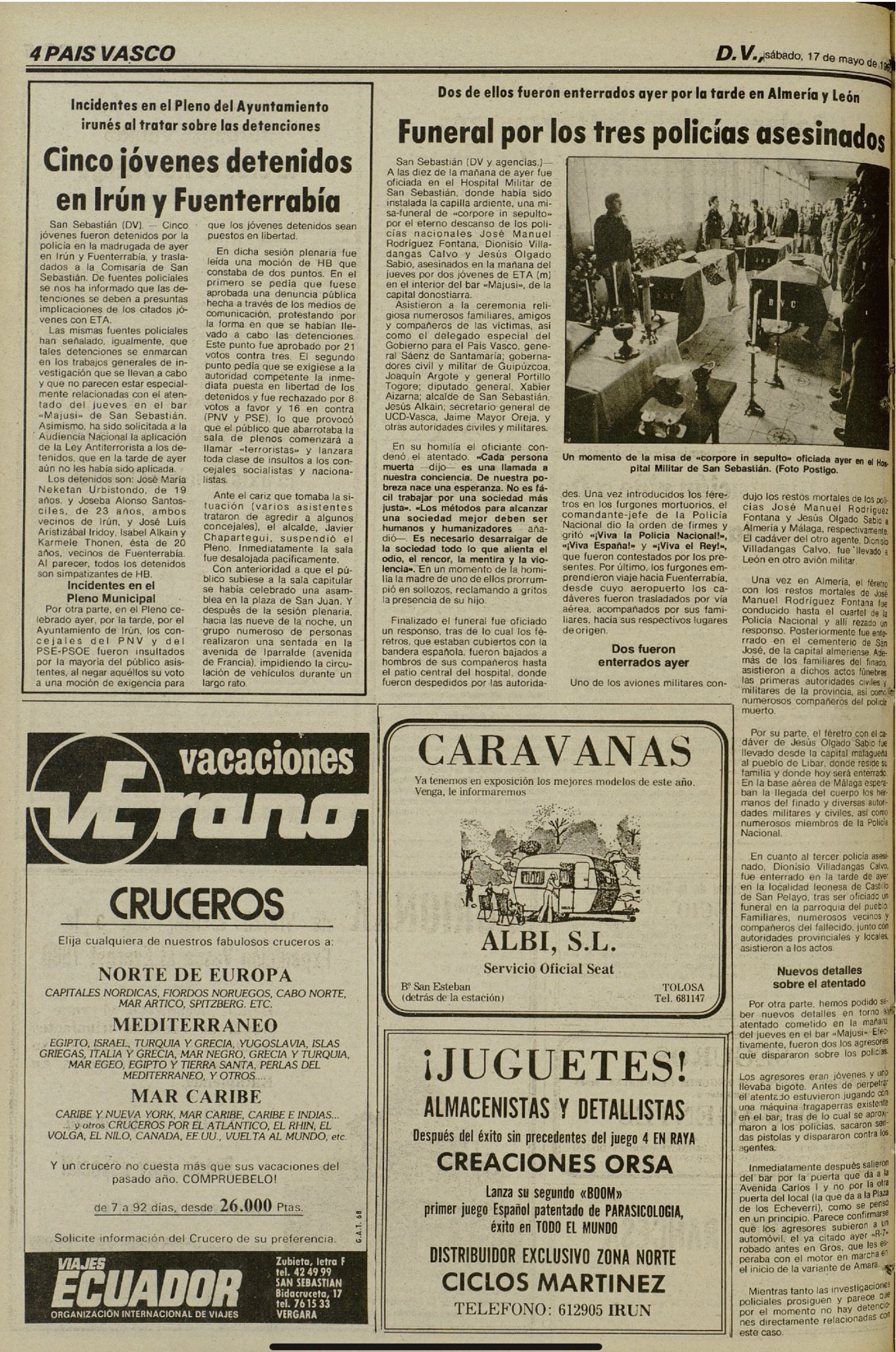