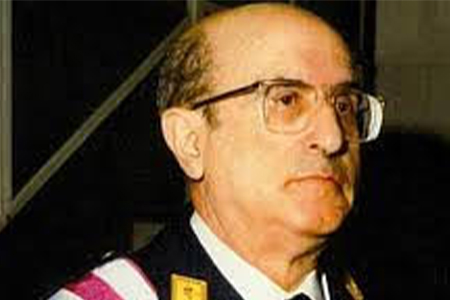 At around 8.30 am, General Dionisio Herrero Albiñana, health director of the Spanish Air Force, left his home at No. 101, Calle de Hermosilla. He walked towards his official armoured-plated car, a maroon Volkswagen Santana, where his driver, Private Alberto Pasamontes Navarro (23) was waiting. The general had walked around fifteen metres from his home and was crossing Calle de Alcántara, when he was shot by two ETA members. He fell to ground, severely injured, and one of the terrorists shot him a seventh time. The driver tried to stop the terrorists, firing back at them, but he himself was shot and injured in the abdomen. He managed to take shelter in the official car. The terrorists continued firing at the vehicle, but the armour plating saved his life.

On hearing the shots, General Herrero’s wife looked out the window. A boy in the street below told her that “a man had been killed”. Shortly afterwards, officers from the National Police went to the home to tell her what had happened.