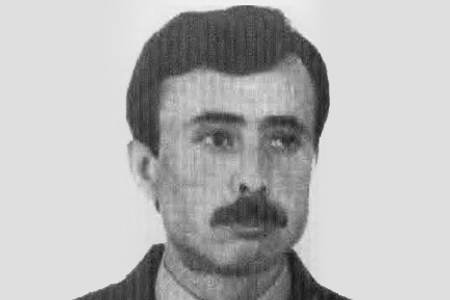 ETA’s Mendaur unit had planned to steal a vehicle close to the El Sadar stadium in Pamplona. At around 9.00 pm on 7 June 1984, three members of the unit spotted a man cleaning his car in the area. He was Diego Torrente Reverte, a National Police officer, aged 30. “We are from…”, began one of the terrorists. “You’re going to kill me! I’m a policeman!”, replied Diego Torrente immediately, thus inadvertently revealing his profession. After a struggle, one of the terrorists shot him once at point-blank range, killing him instantly. His lay on the ground where he fell for an hour before his body was removed. 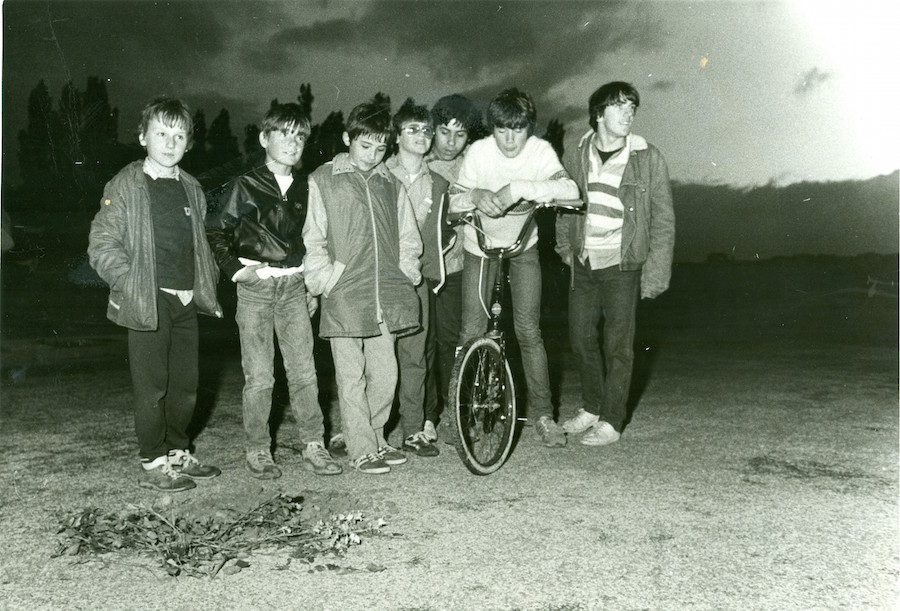 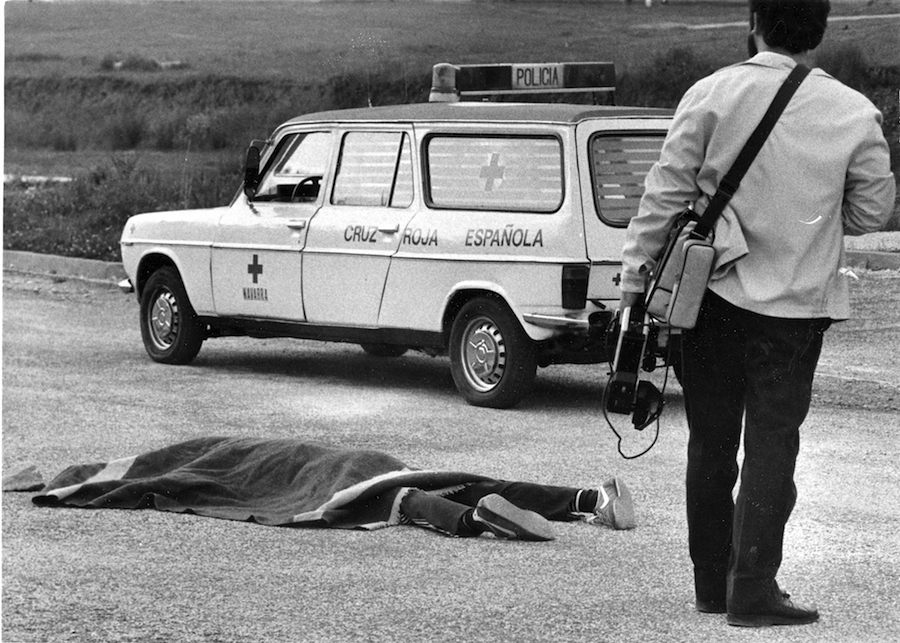 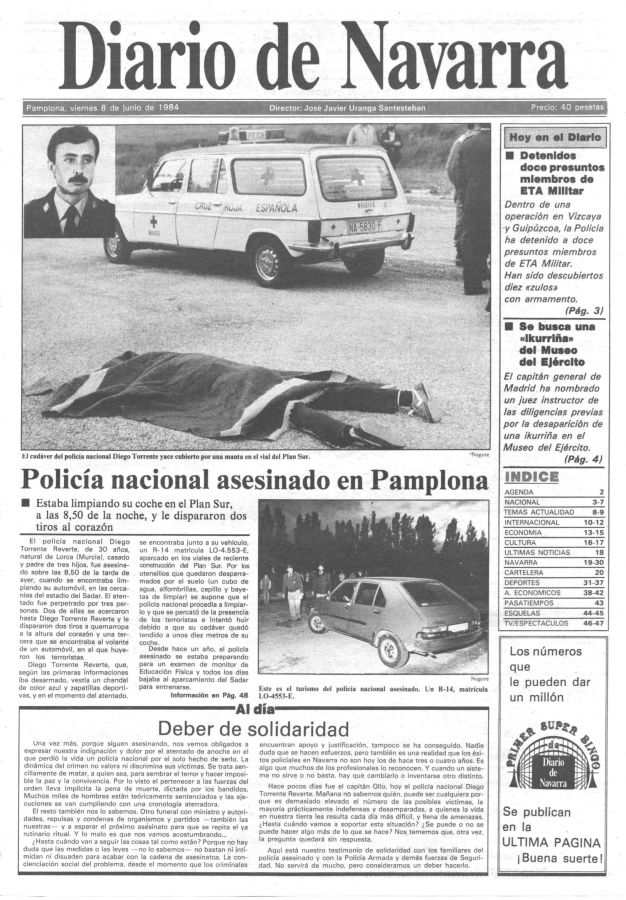