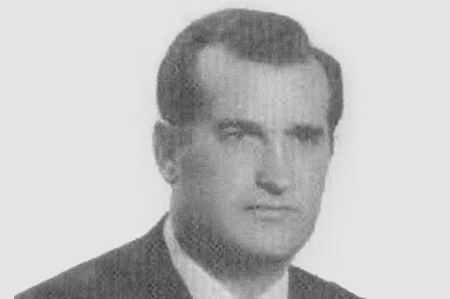 Diego Alfaro Orihuela was traveling with three other people, all sales reps for Ekin, when he was caught in crossfire between terrorists and members of the National Police. He died from of a bullet wound to the head. Despite the official version, the victim’s family and eye witnesses maintain that there were no terrorists and no crossfire, but that Diego was killed by the security forces who mistook the men for an ETA unit. 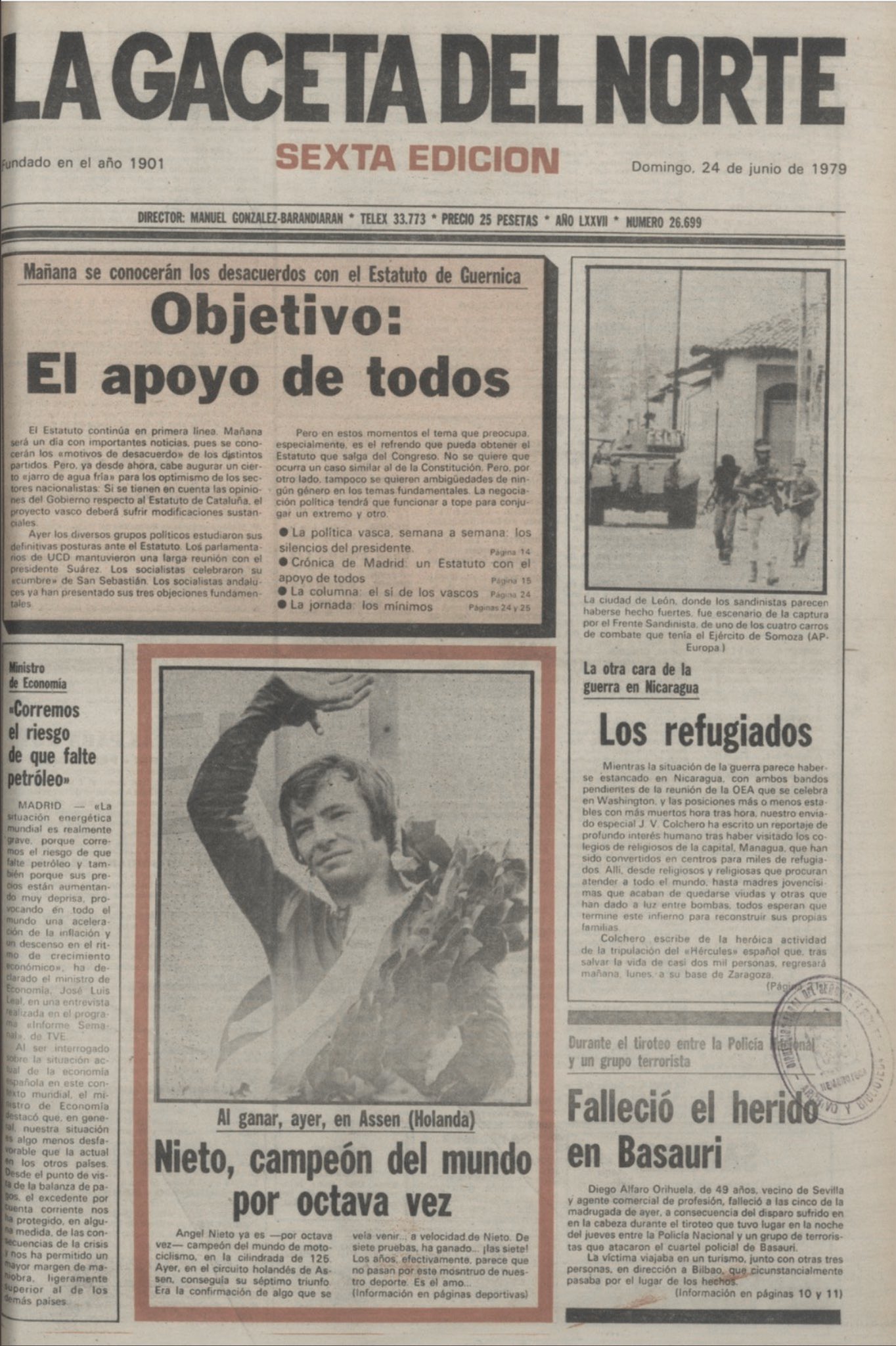 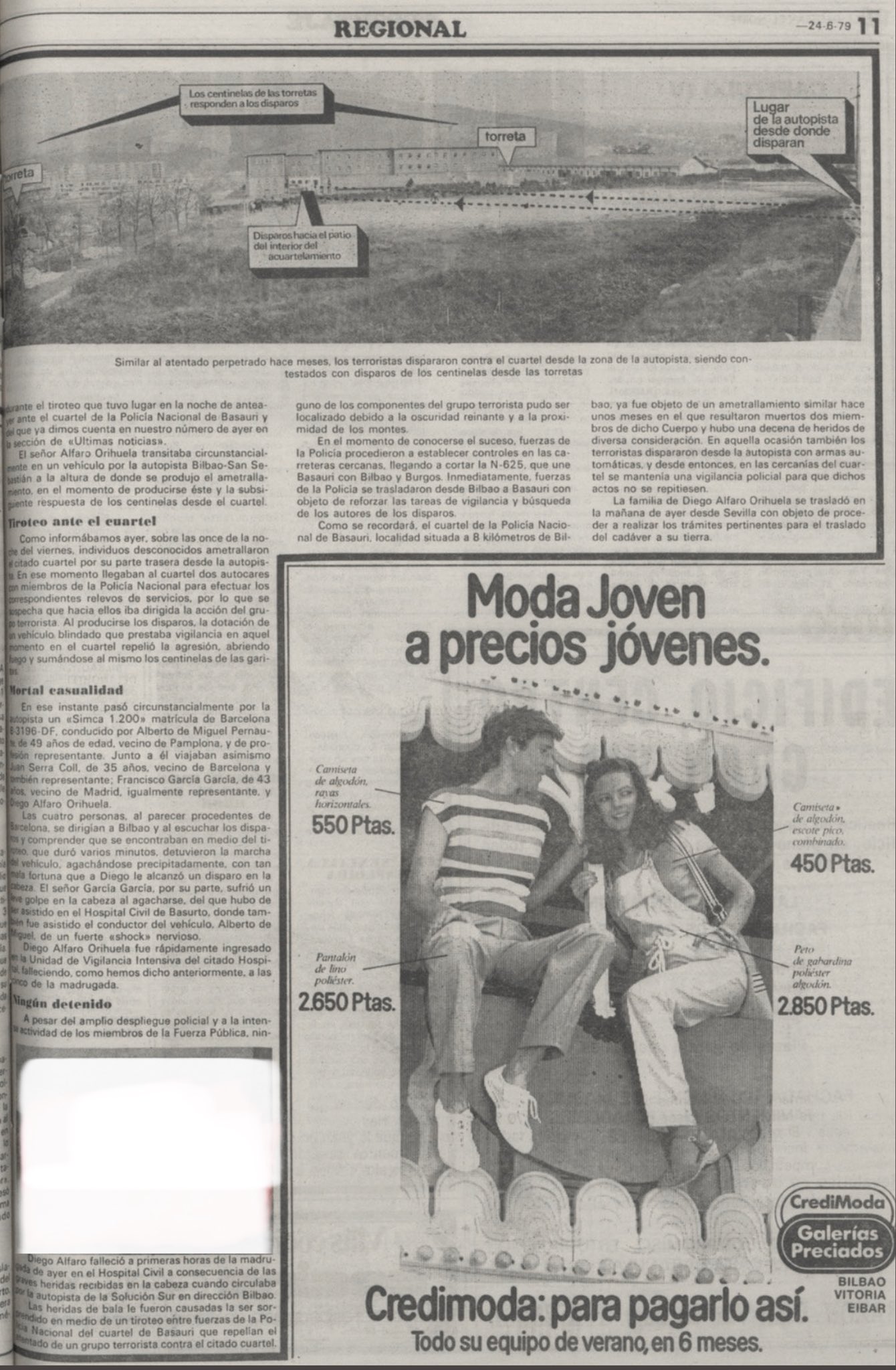