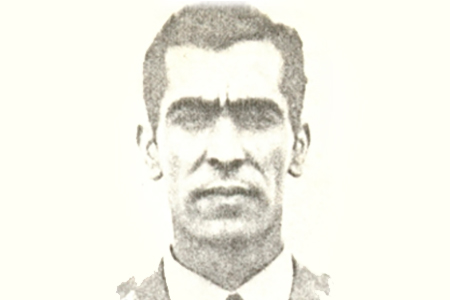 On 20 July 1979 Deogracias Hernández Rodríguez, an officer in the National Police, was on guard duty at the doors of the police station in the Universidad district, when a number of GRAPO terrorists approached him in a stolen taxi and fired a burst of shots with a machine-gun. The time was nearly 4 pm. The officer was hit four times in the thorax. He was killed instantly. A week later two members of the unit were arrested for the murder. Another died in a confrontation with state security forces.

Deogracias Hernández was 25 years old and was serving a probationary period after graduating in April from the National Police Academy. He had been married for two months and was due to be posted to the Reserva General (General Reserve) in Pamplona, Navarre, in August. 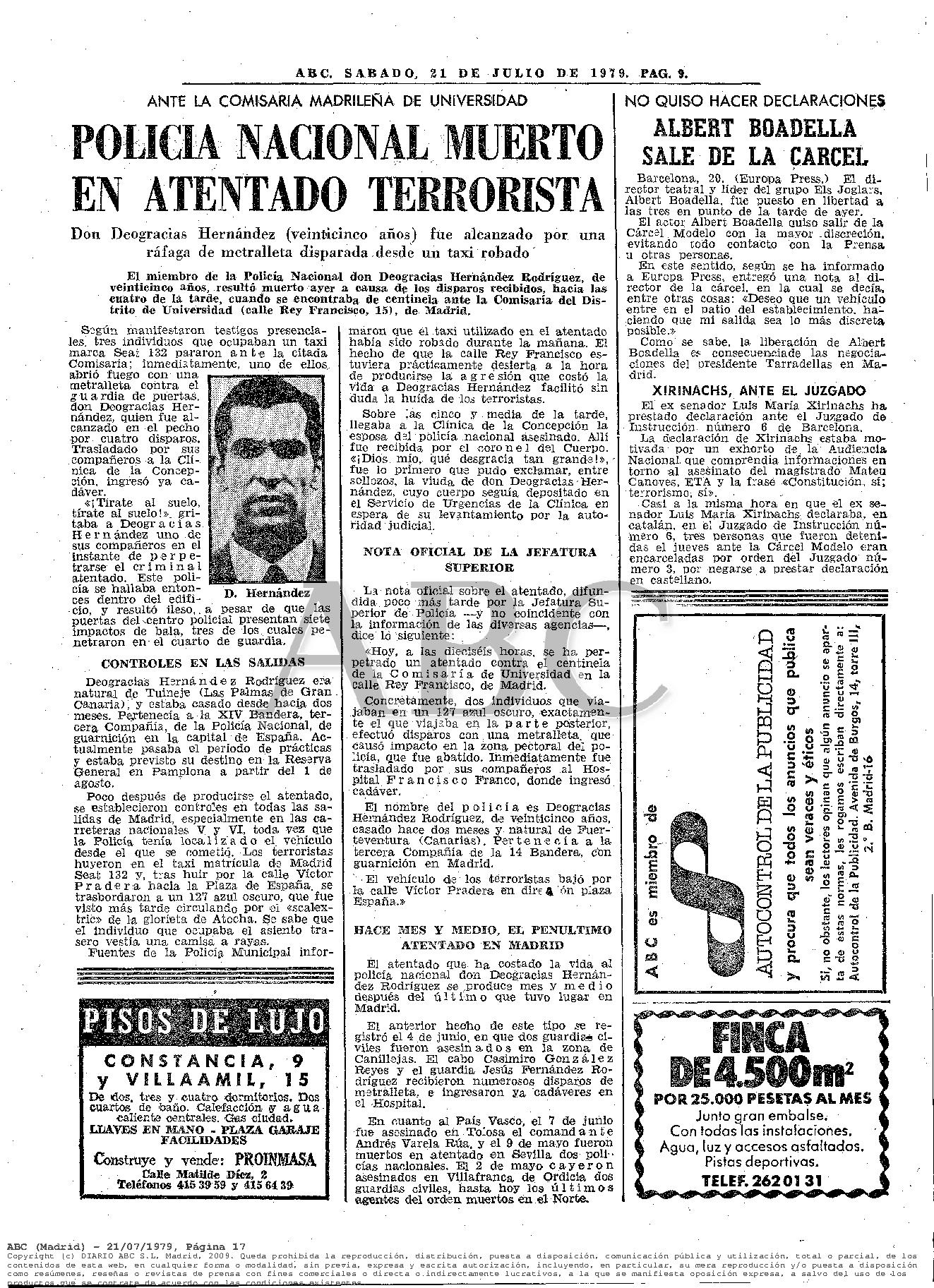 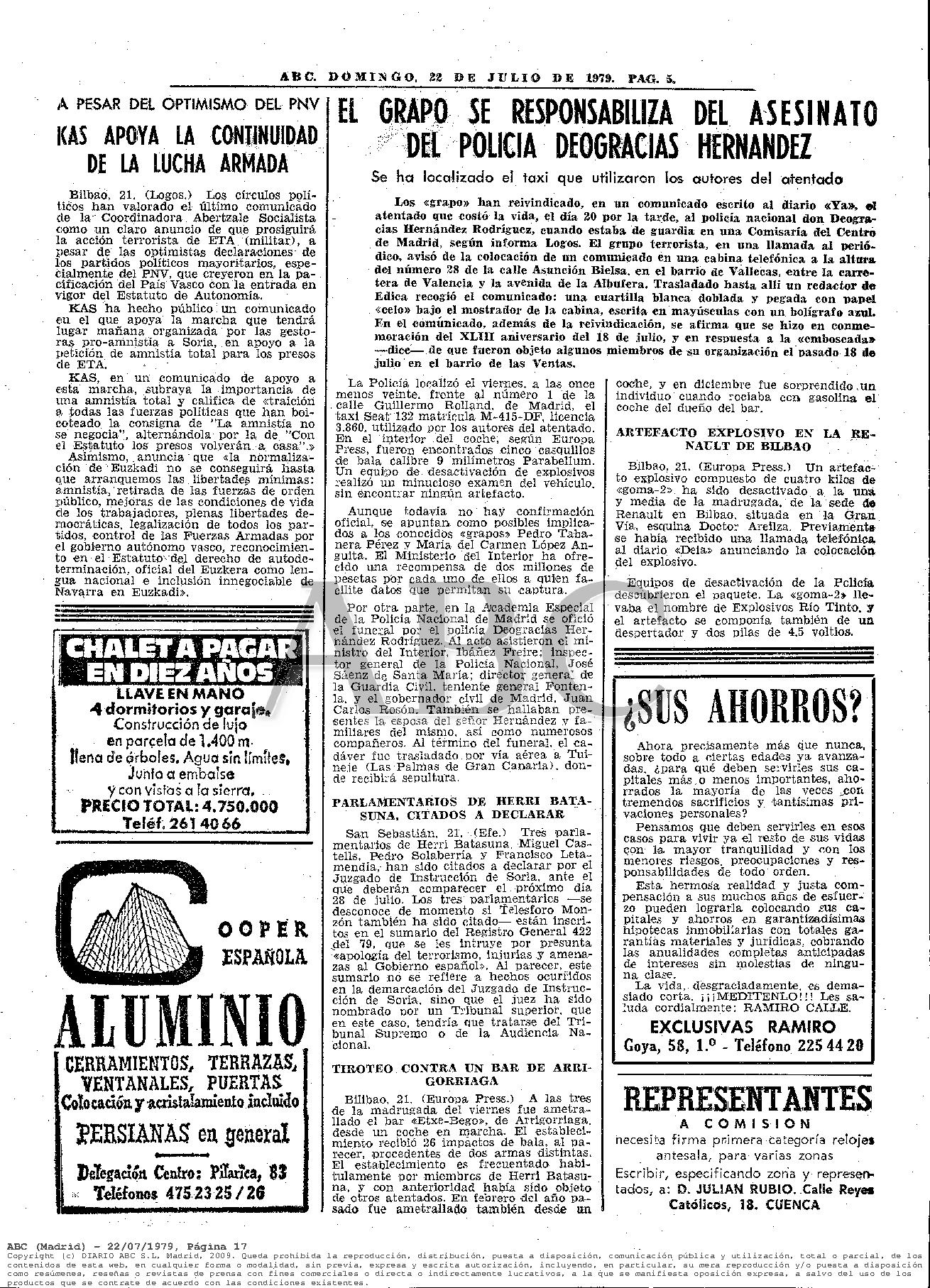 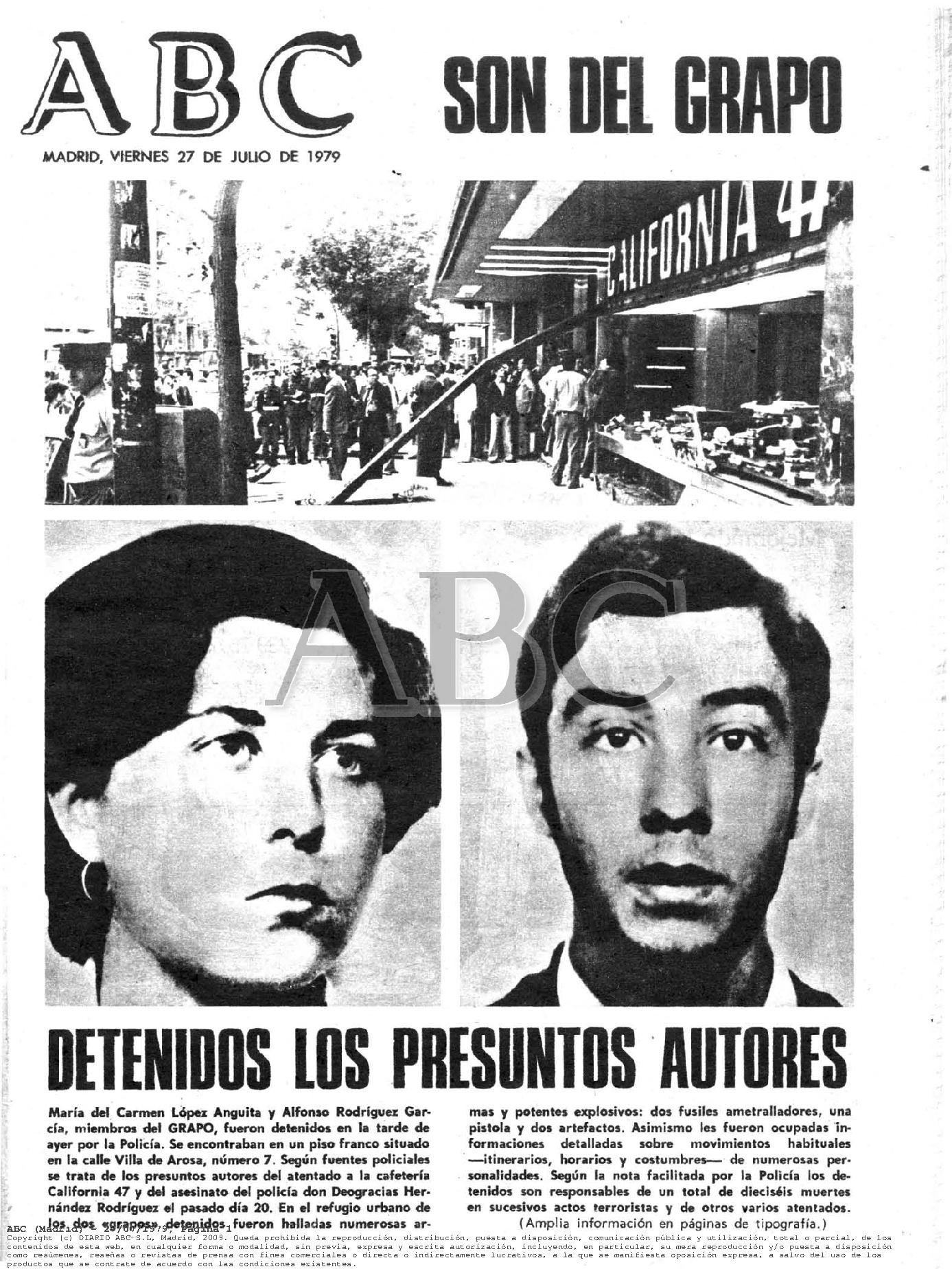