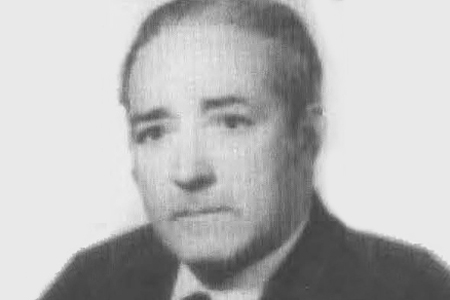 On 8 August 1975, three ETA members shot and killed security guard Demetrio Lesmes Martín in the town of Hernani (Guipúzcoa) when he was walking home from work. Two hundred metres from his home, two individuals approached him and after exchanging a few words, one of them took out a pistol and shot him three times. When the victim was lying on the ground, the other terrorist took out a machine-gun and fired another 20 shots at him.

Demetrio worked at the company Orbegozo. A month earlier, on 15 July 1975, Demetrio had had a miraculous escape, when. members of ETA opened fire on him from a moving car. Demetrio had hurled himself to the ground and was unharmed. 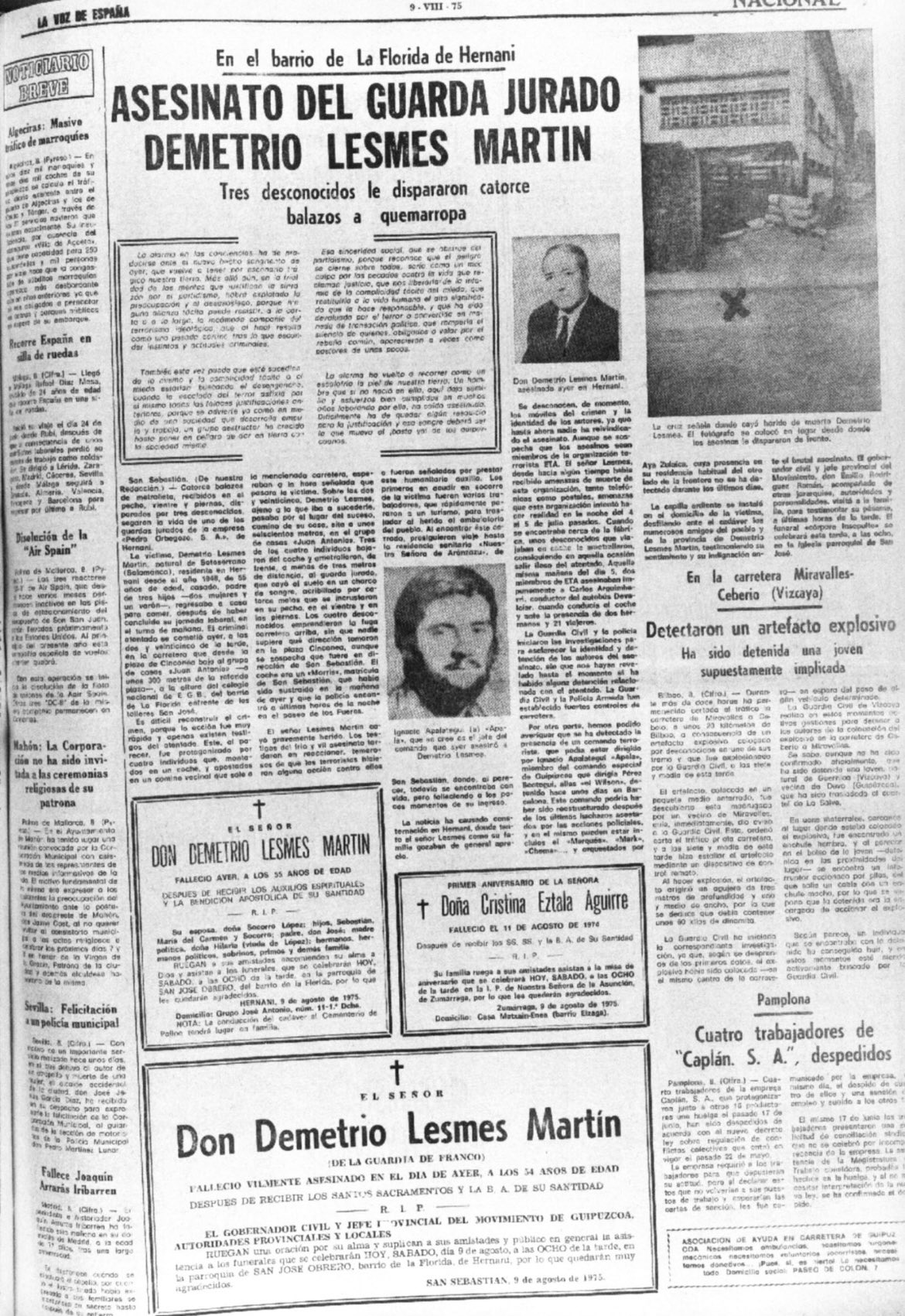 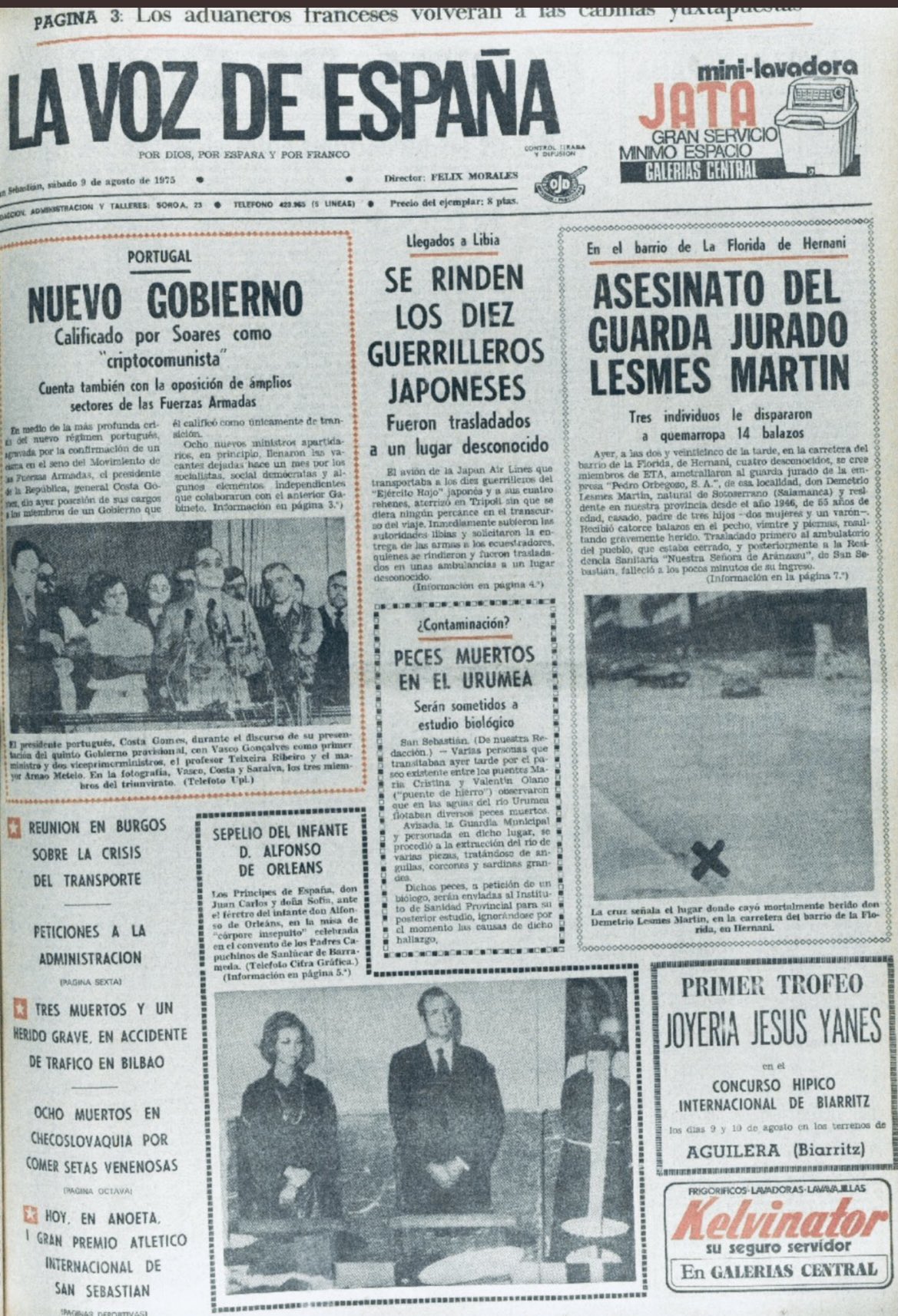 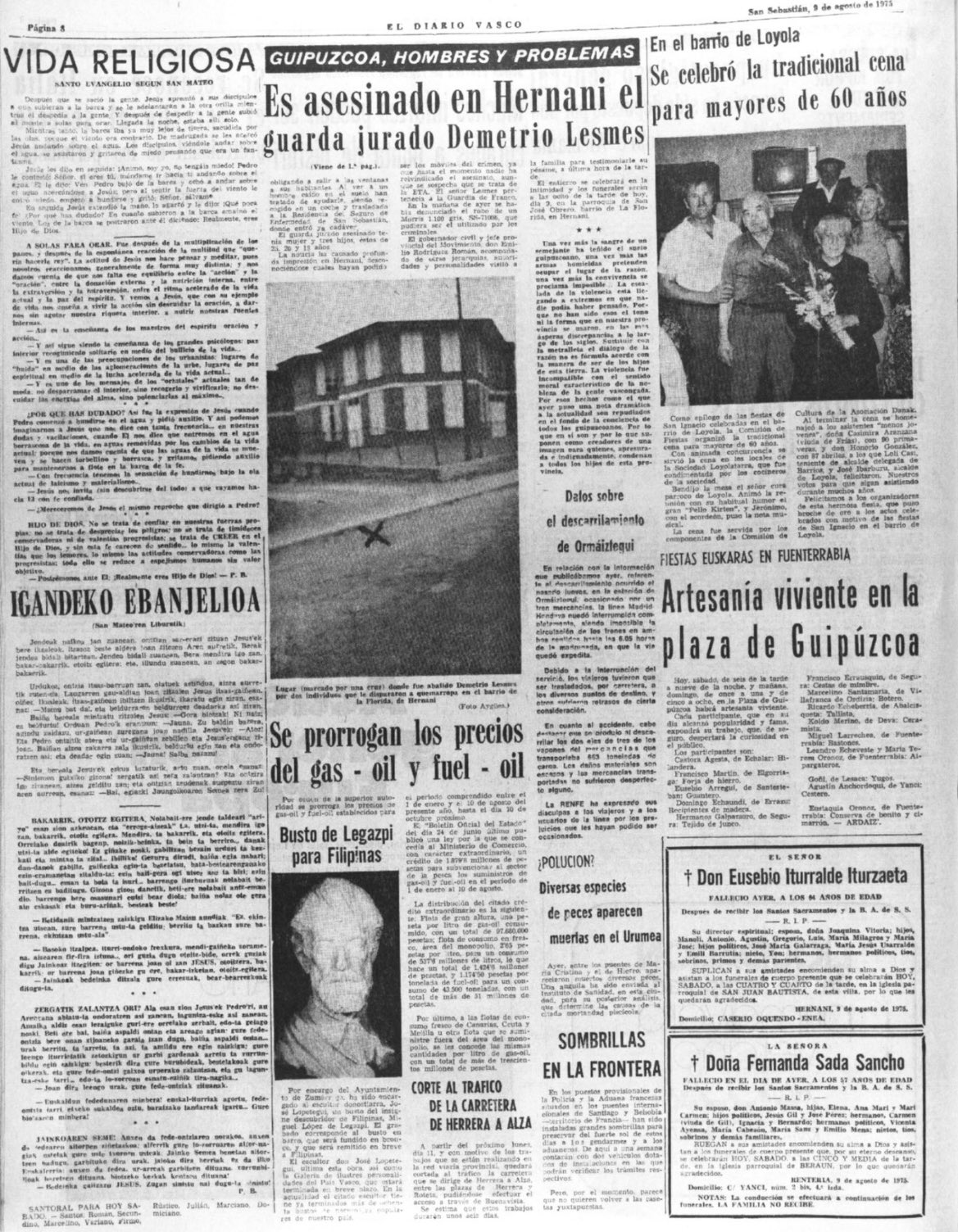 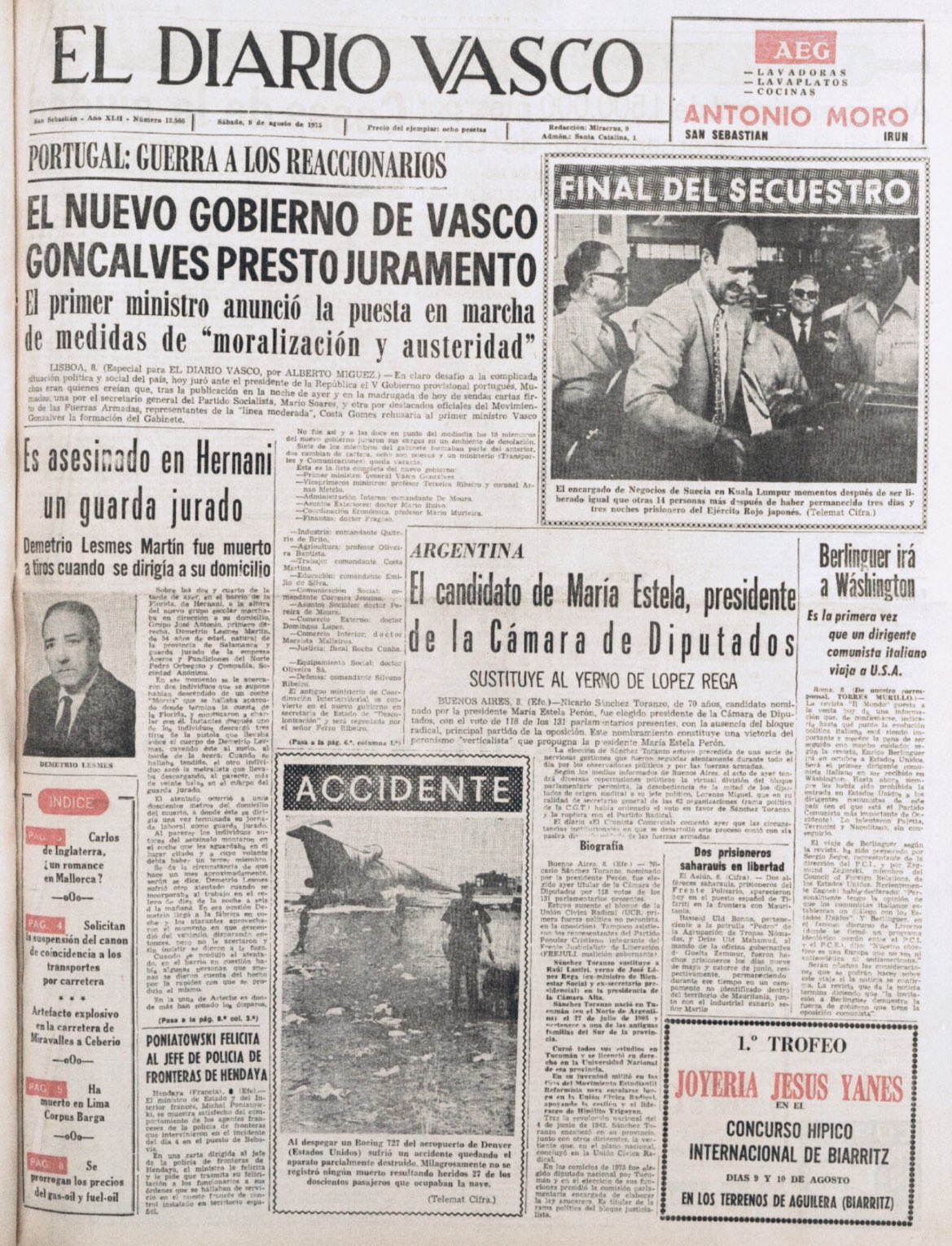