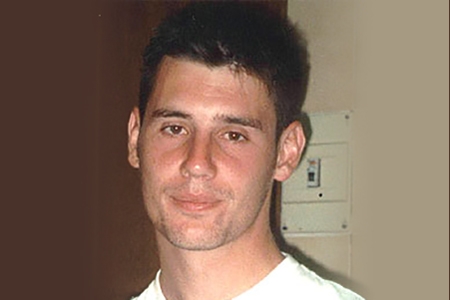 David Santamaría was 22 years old and had been working for two weeks as a maintenance worker on the AVE high-speed train. He caught the same train each day from Guadalajara –where he lived– to Alcobendas, Madrid. He had been going out with his girlfriend for three years and they had become inseparable. On the morning of 11 March, he was travelling with his friend, David Senent. Both men were killed at El Pozo station.