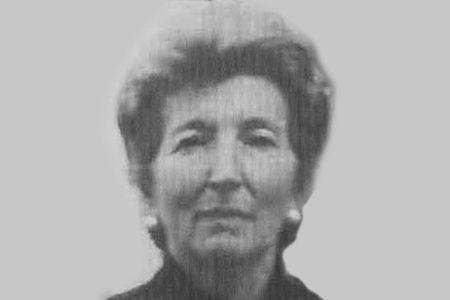 At a red light at the junction between the Boulevard and Calle Legazpi, two ETA members who were following on a large motorcycle pulled up beside the official car. One of them attached an explosive device to the roof of the vehicle. The bomb went off a few seconds later and the governor, his wife and son were killed instantly.

Daniela Velasco was working at a high school in San Sebastian. Her brother, Silverio Velasco, also worked at the same school. When he returned to work a few days after the attack, he reported seeing some of the students laughing and making obscene gestures — particularly those who were members of Jarrai (the youth wing of the separatist movement). 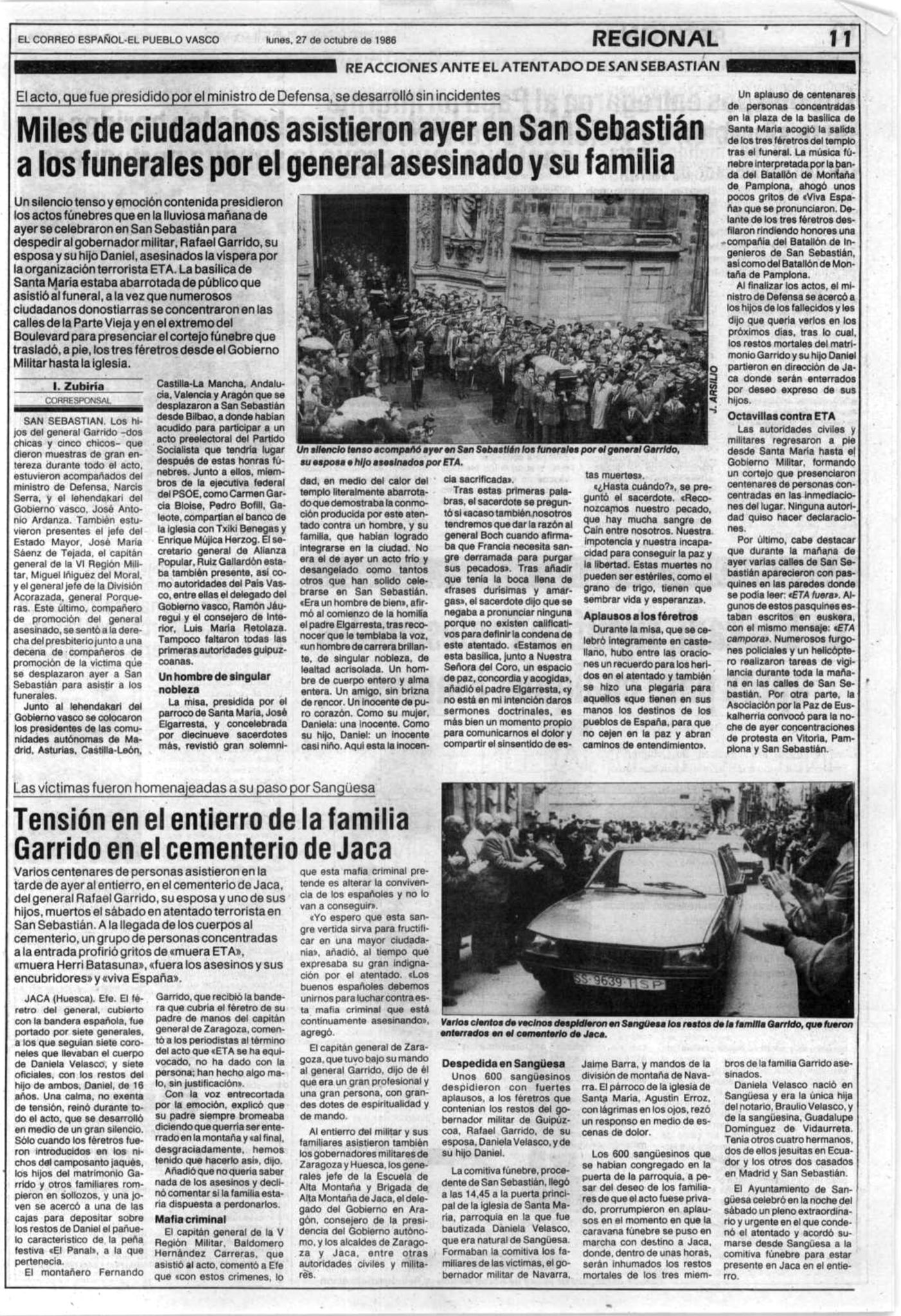 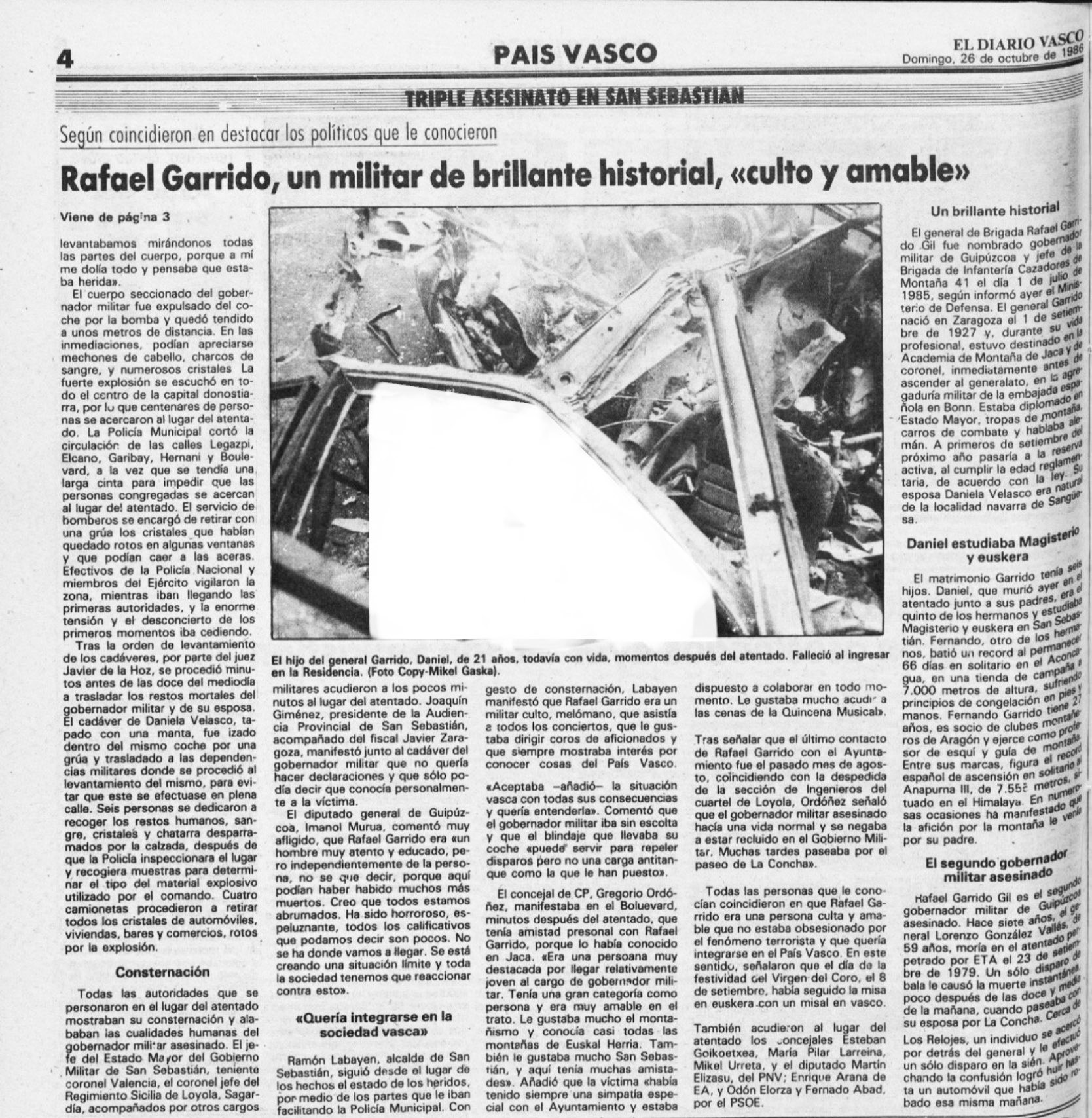 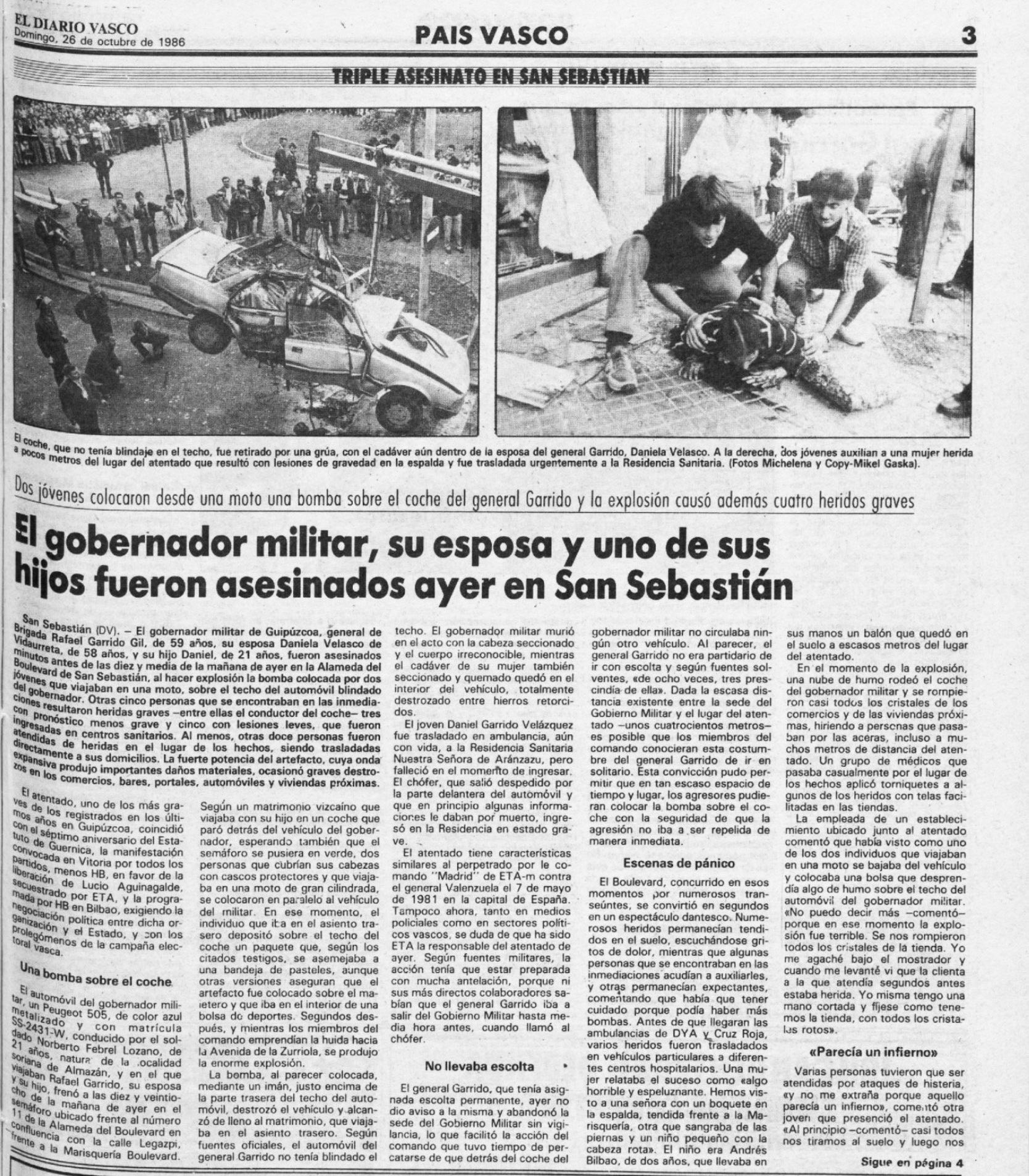 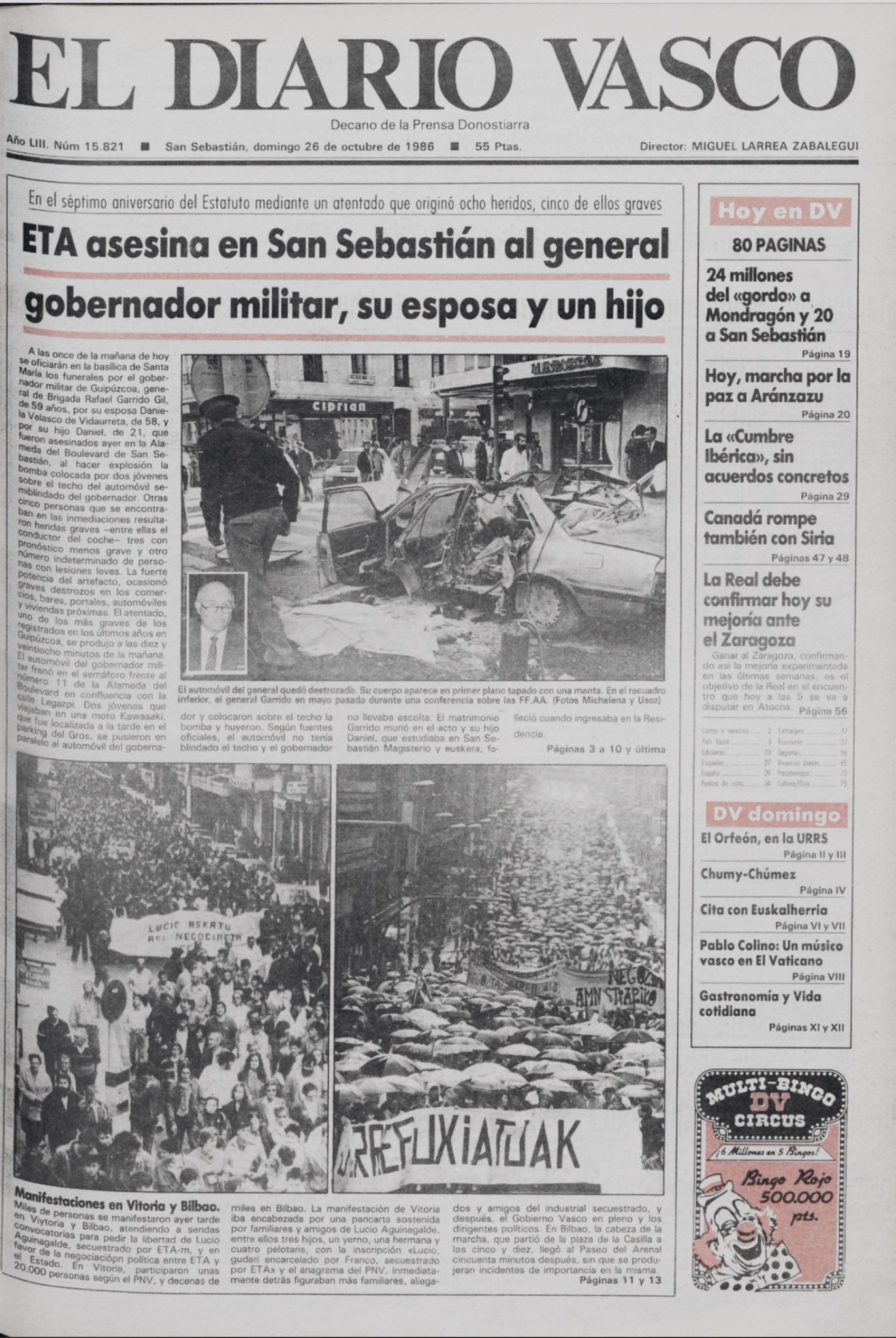