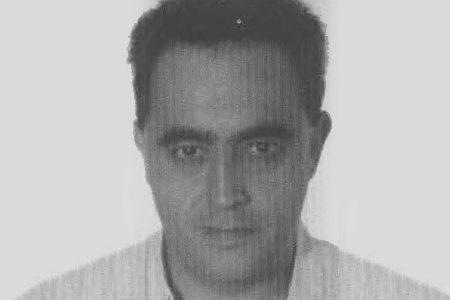 Officer Daniel Villar Enciso was starting his car to go to work when a limpet-bomb attached to the underside of the vehicle exploded. Eye-witnesses reported that Daniel, who was seriously injured and enveloped in flames, waved his arms desperately calling for help. Three young people managed to remove him from the wreckage and place him on the ground as they waited for the ambulance. The officer was taken to Cruces hospital and was still alive on admission. However, he had serious internal injuries and burns and all efforts to resuscitate him proved unsuccessful.

The bomb that killed Daniel Villar had been planted opposite a kindergarten, and the attack could have caused carnage.

The mass demonstrations held after Daniel Villar’s murder, like those that followed Miguel Angel Blanco’s killing, showed that society was at last coming out against the terrorists. 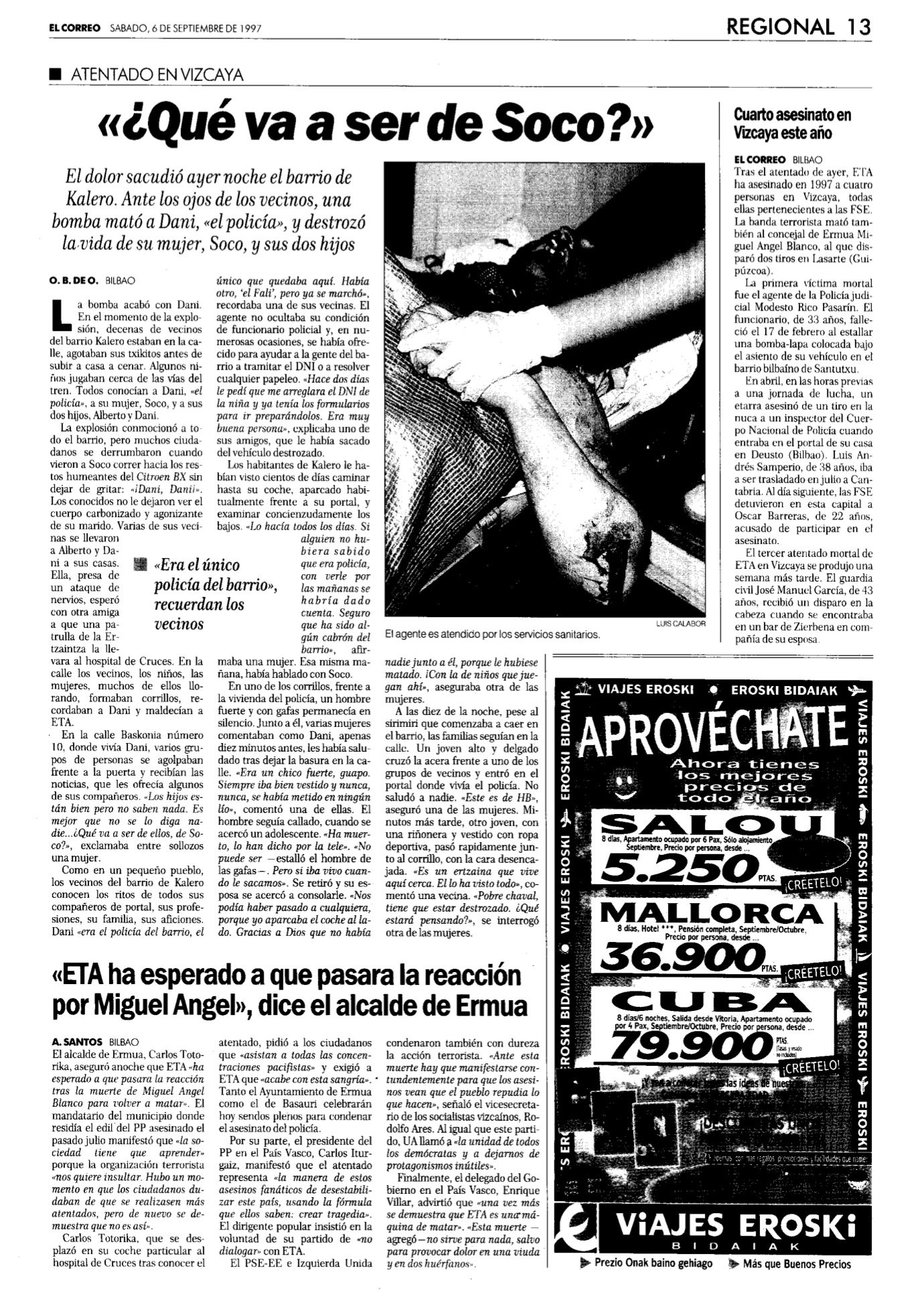 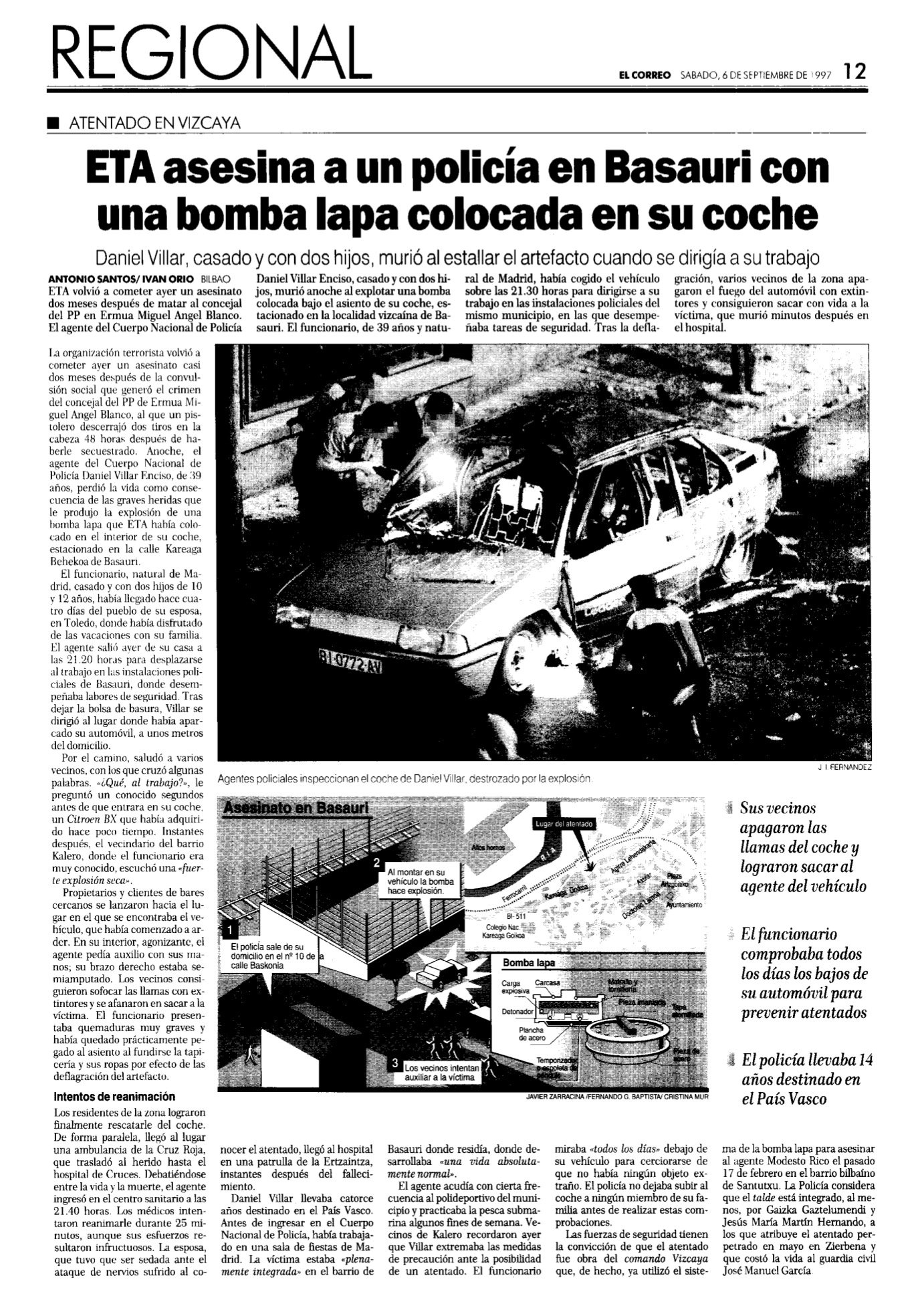 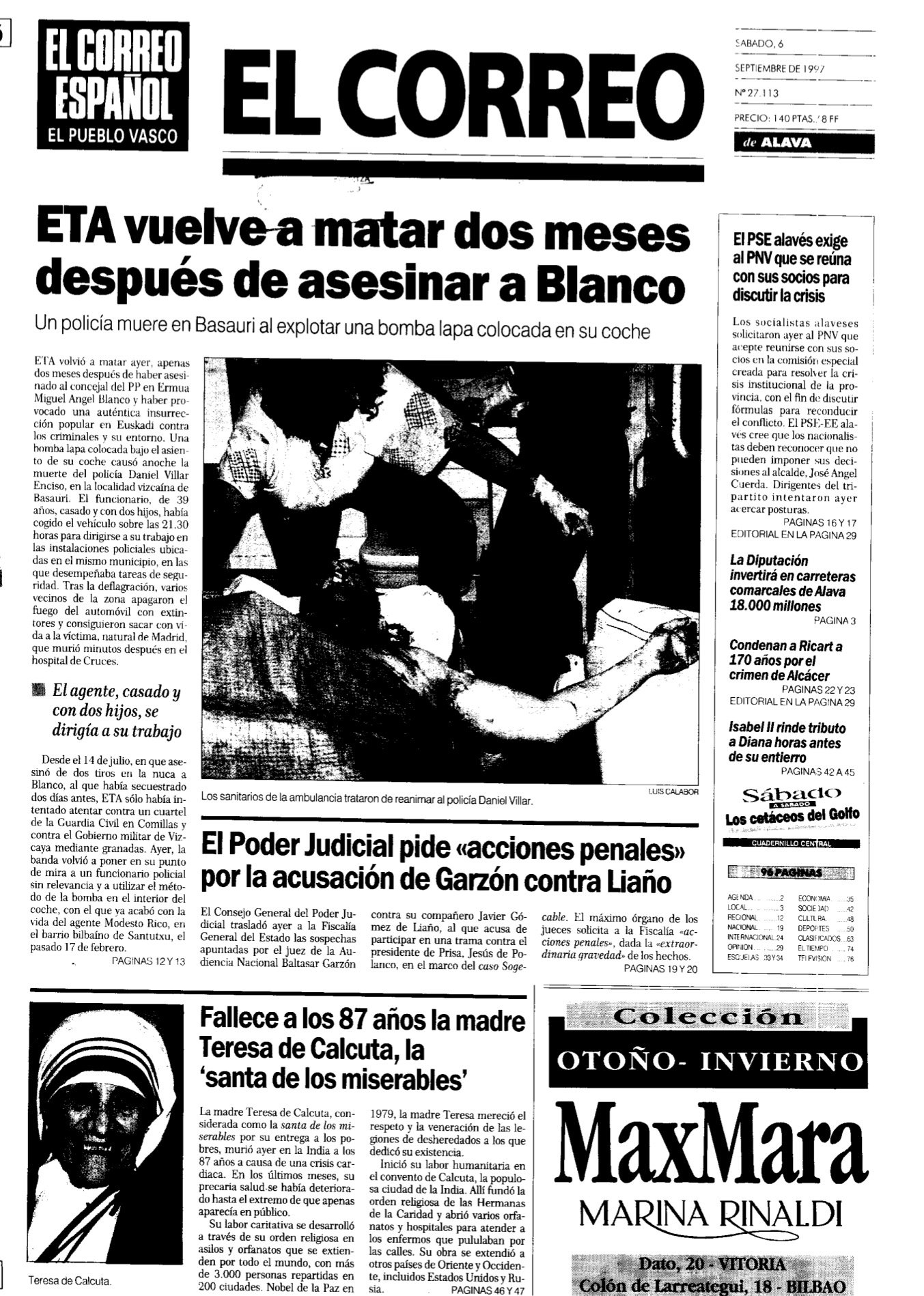