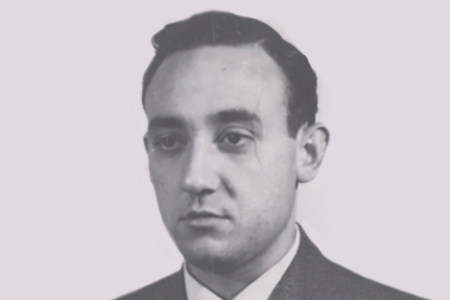 On 25 May 1979, two inspectors from the Higher Police Force (Secret Police) were looking for a vehicle that had been stolen by a group of terrorists and noticed a car with a suspicious registration plate in the Polígono de San Pablo district of Seville. Around 12.30 pm, they saw an individual get into the car and went to arrest him. At that moment, three GRAPO members came up behind them and starting firing at them. Police Inspector Damián Seco was shot through the heart. During the exchange of fire, Antonio Cívico Mendoza, a young man from the area, was also hit. Both men died before reaching hospital.

First-class Inspector Damian Seco Fernández, married with two children, belonged to the Information Department of the National Police. He had been awarded the Cross of Police Merit, white emblem. 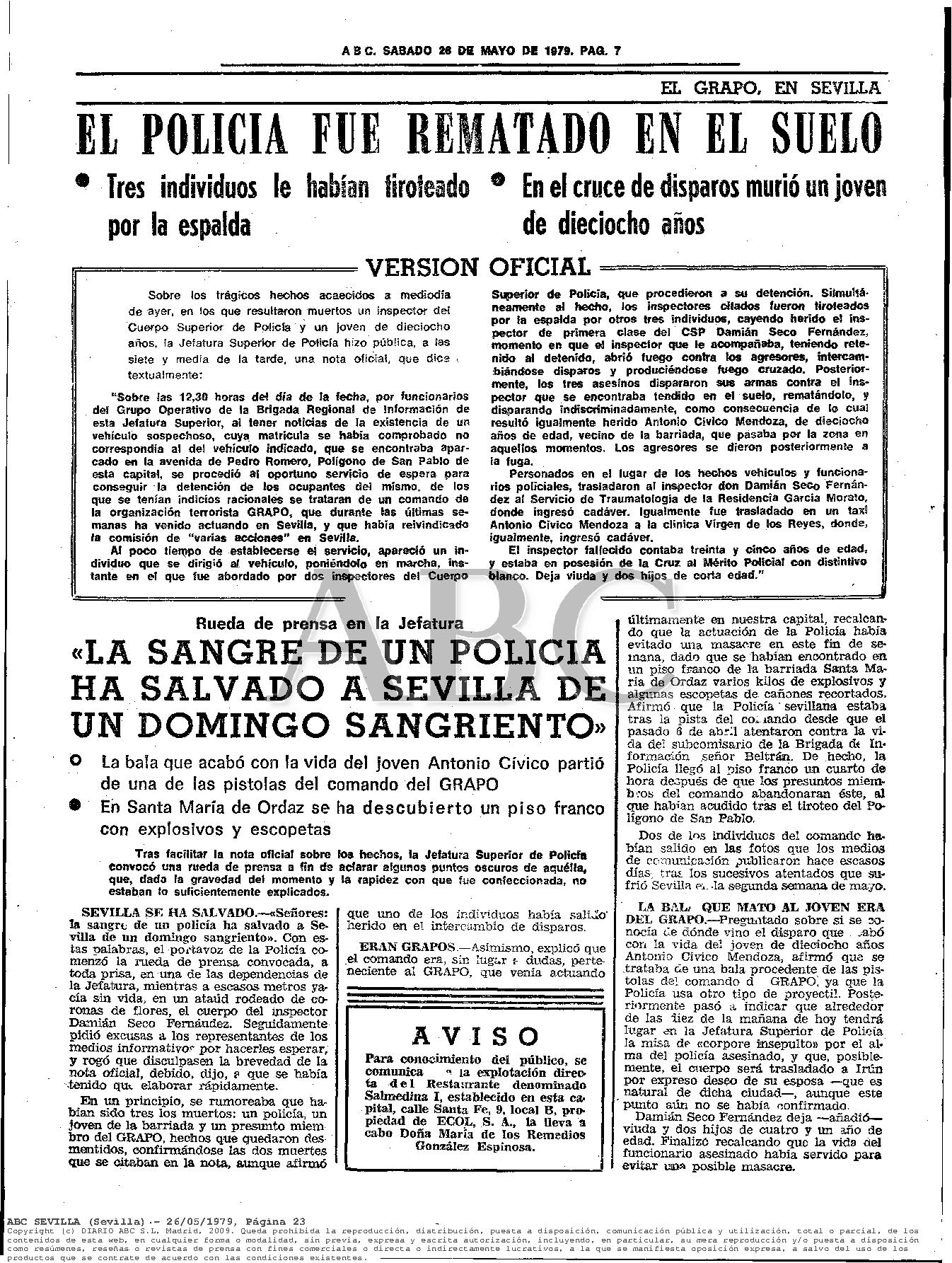 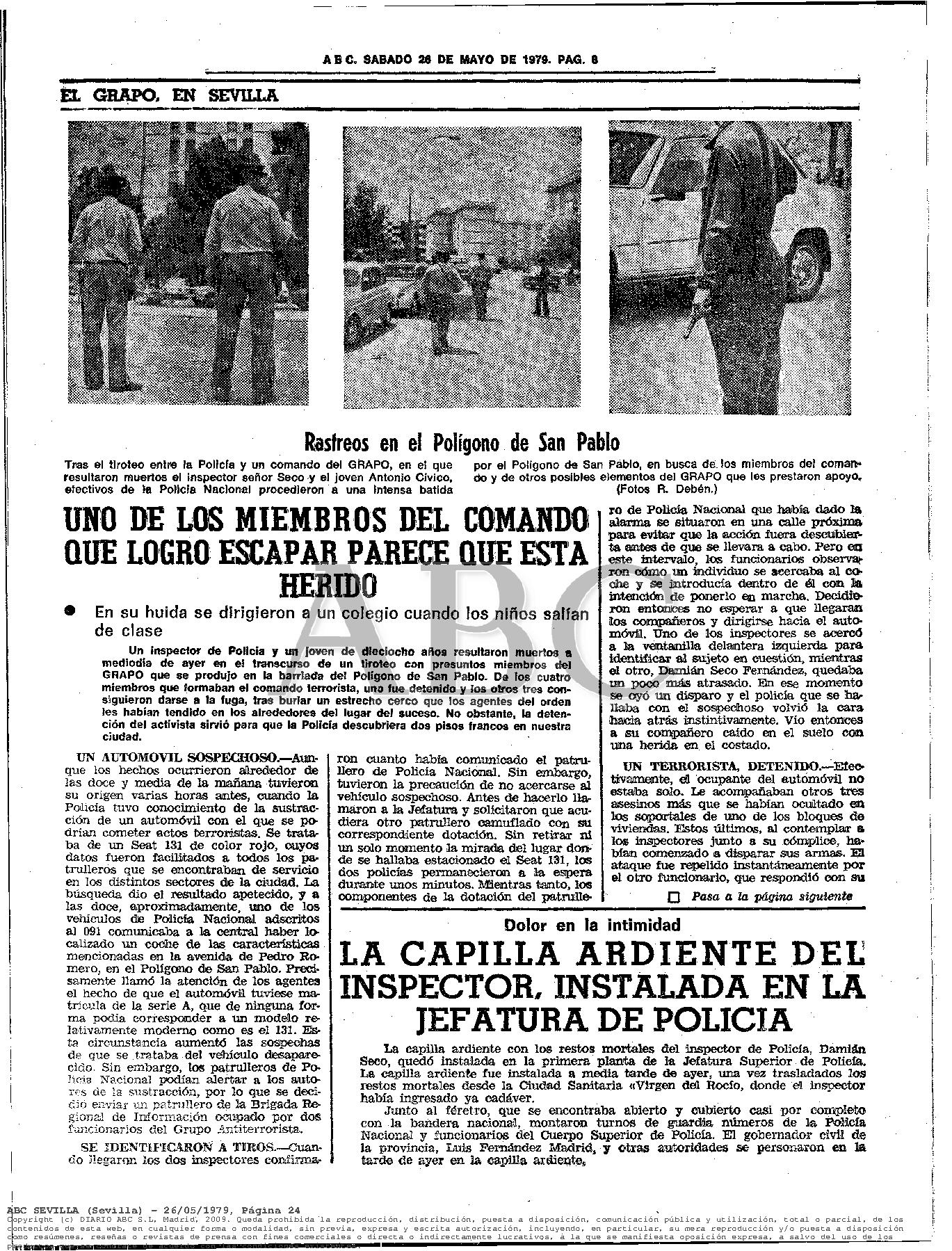 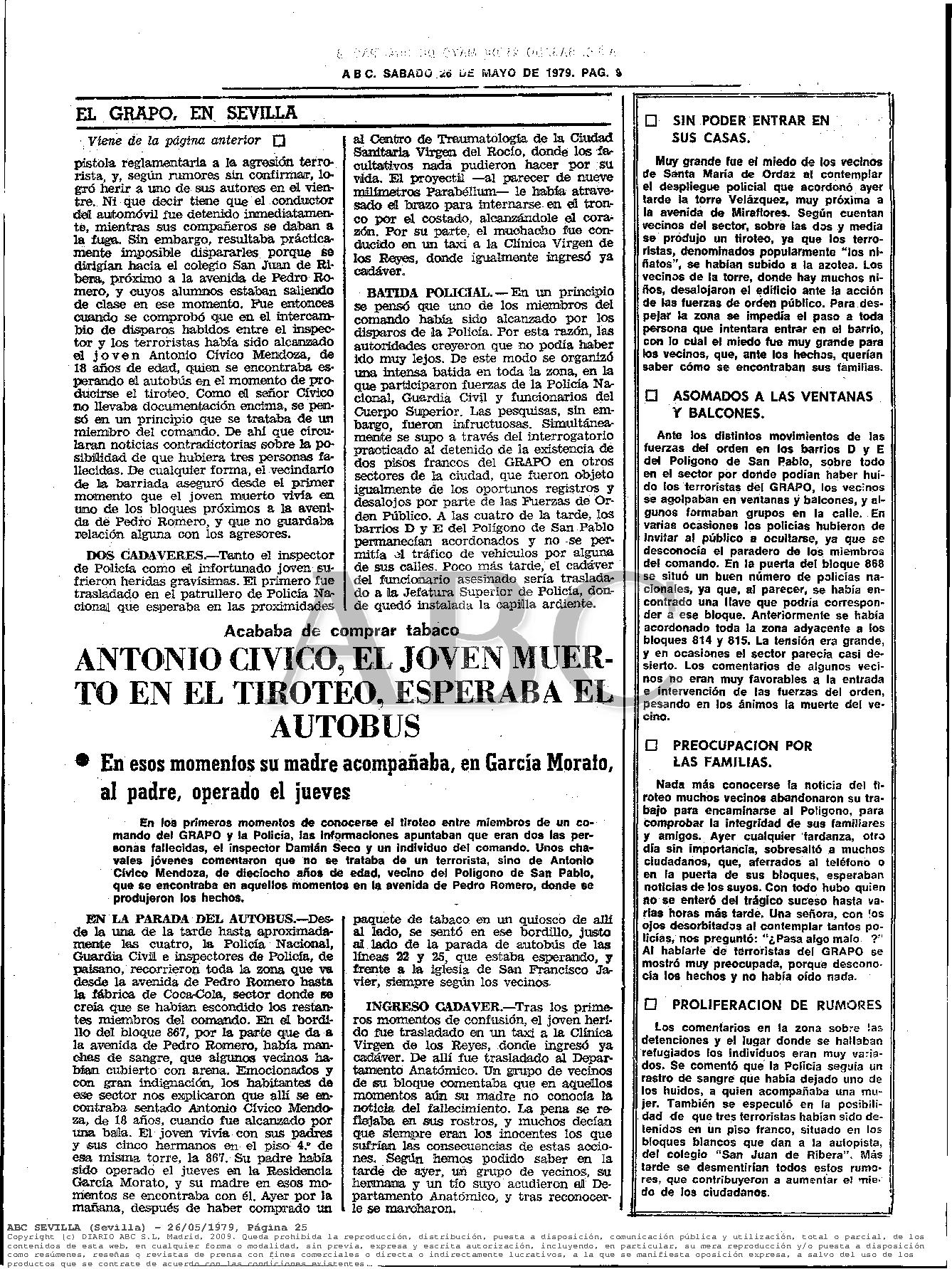 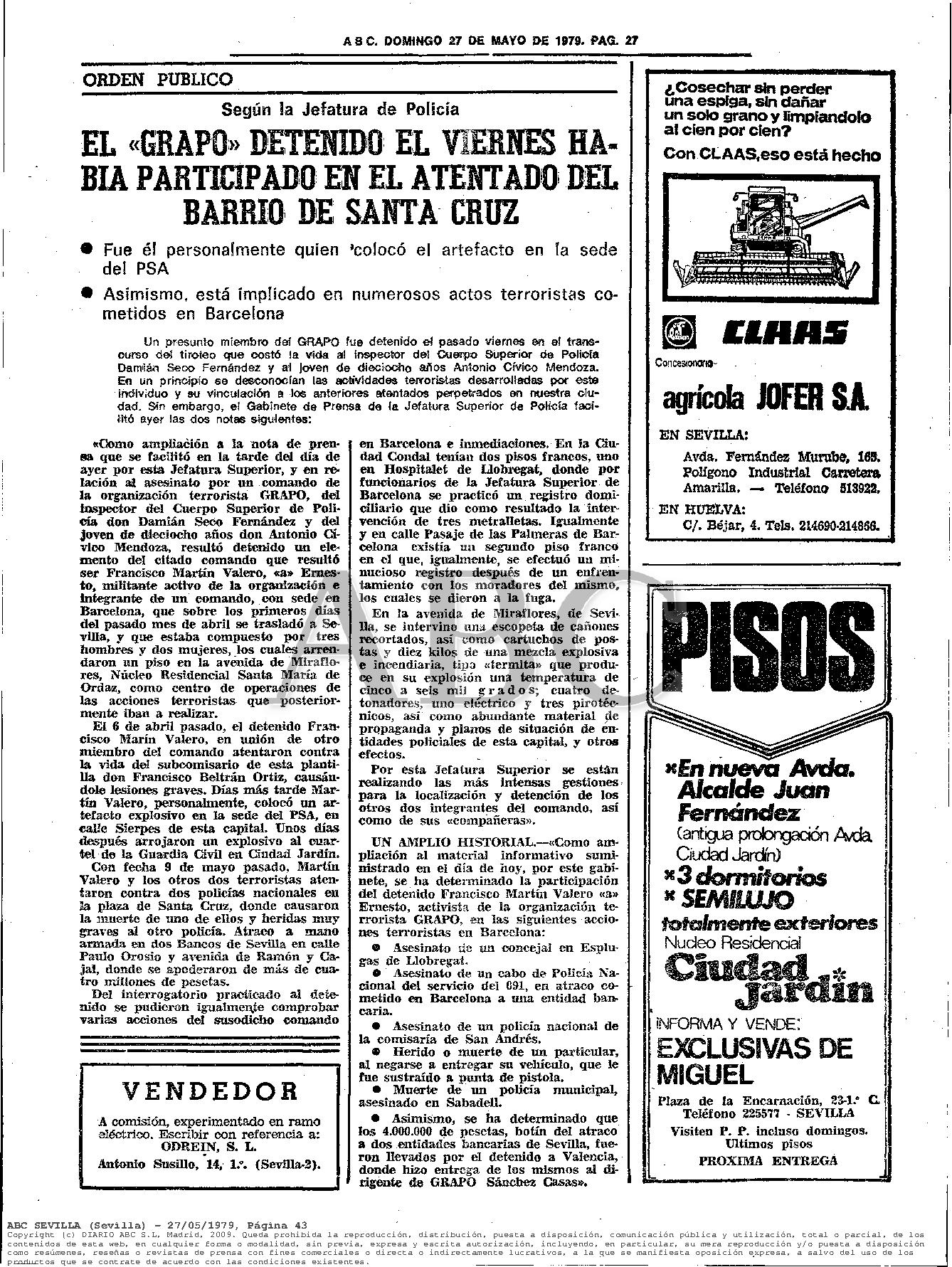 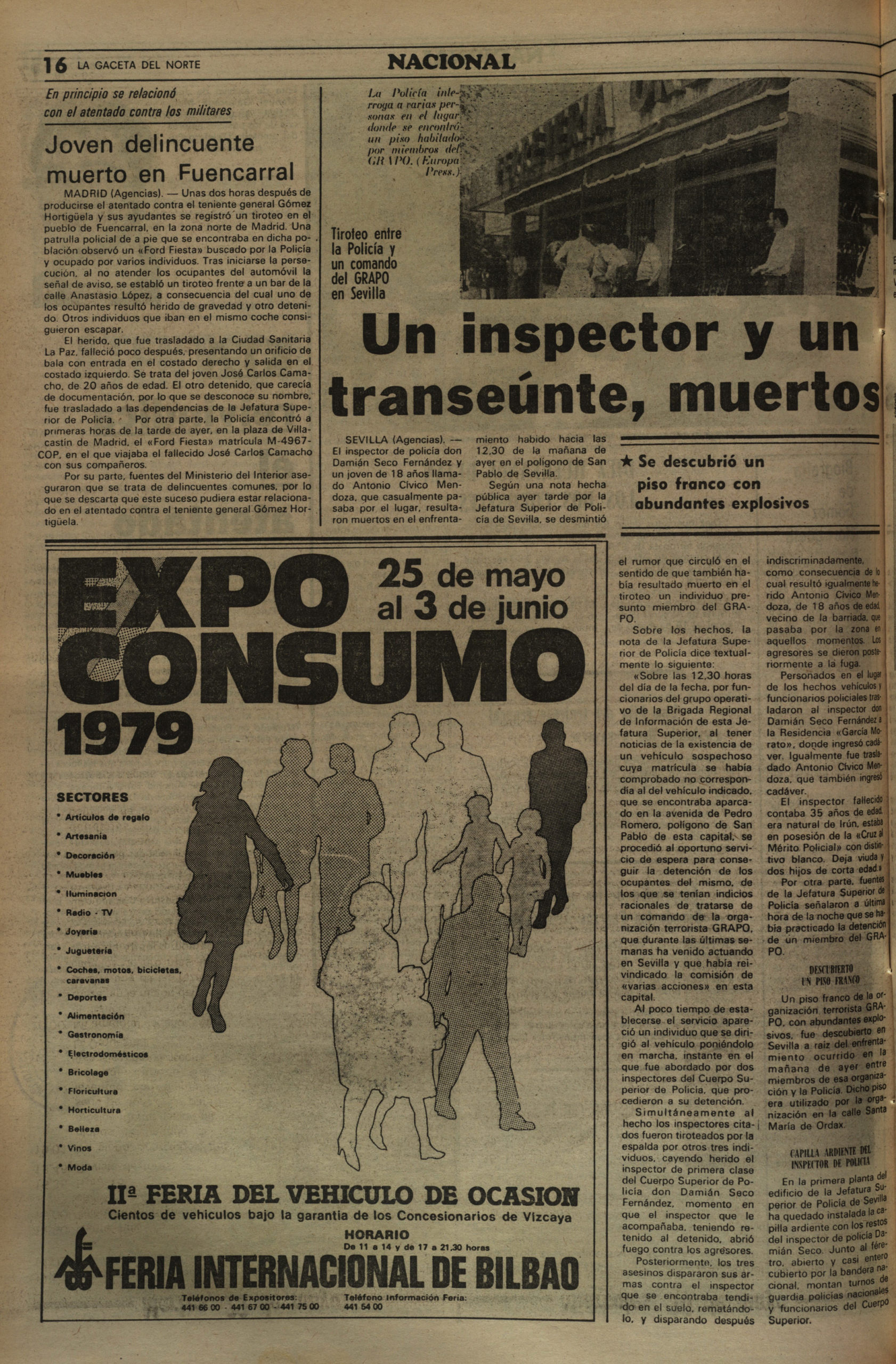 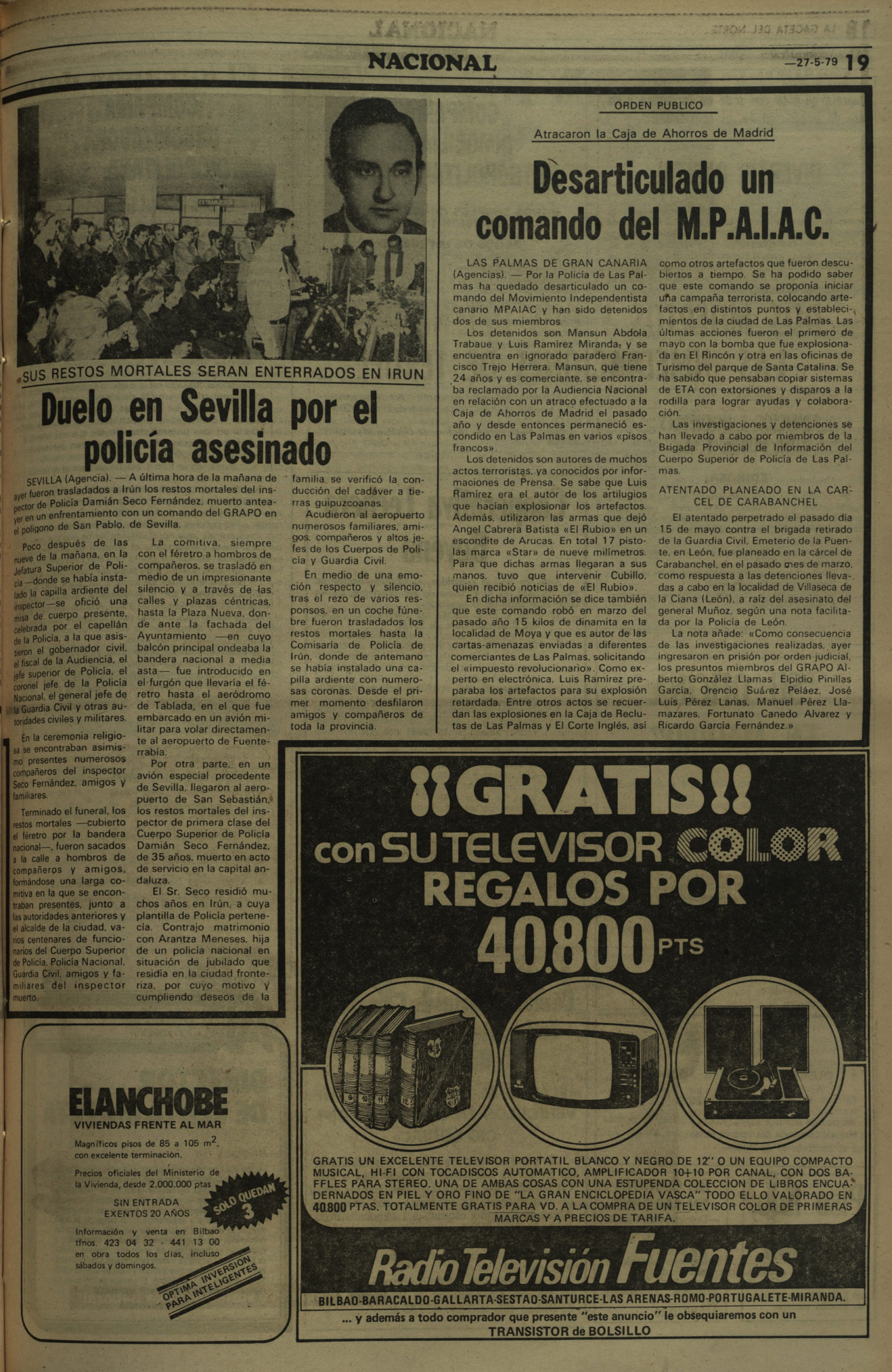