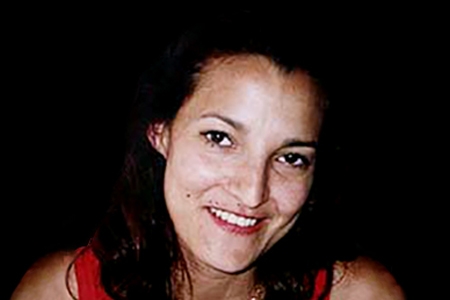 Born in: Madrid
Age: 34
Offspring: 1
Marital status: Married
Job: Reviser in a Telemarketing company
Date of the attack: 11/03/2004
Place of the attack: Madrid
Weapon: Others explosives
Killed by: Islamic terrorism

Cristina Aurelia García was so named because of her mother’s unusual penchant for Roman names. She was the eldest of four children and always took great care of her younger siblings. Two weeks before the attack she had signed up for aerobics classes and had just bought a flat-screen computer which she never got to use. Her son was going to be three in April and she was looking forward to having another child soon.