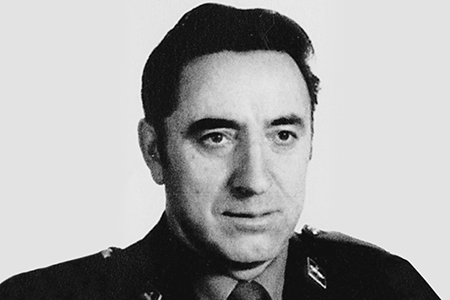 On the morning of 10 March 1989, Civil Guard officers Constantino Limia Nogueiras and Pedro Cabezas González were on 24-hour guard duty at the offices of the Banco de España in Santiago de Compostela, in Plaza de las Platerías.

Around 11.30 am, three men and two women from an itinerant unit of GRAPO burst into the building carrying pistols. They shot the civil guards at point-blank range in the head and neck. The two were killed instantly. The terrorists took their service-issue guns and tried unsuccessfully to force the safe. One GRAPO member died during a subsequent attack and the other four were sentenced to up to 60 years in prison for the murder.

Constantine Limia (57) was married and had three children. Moments before being killed, his wife had come to his post to bring him something to eat. As a result, she was still in the area of the square when she learned of the attack and saw her husband’s body lying on the ground. 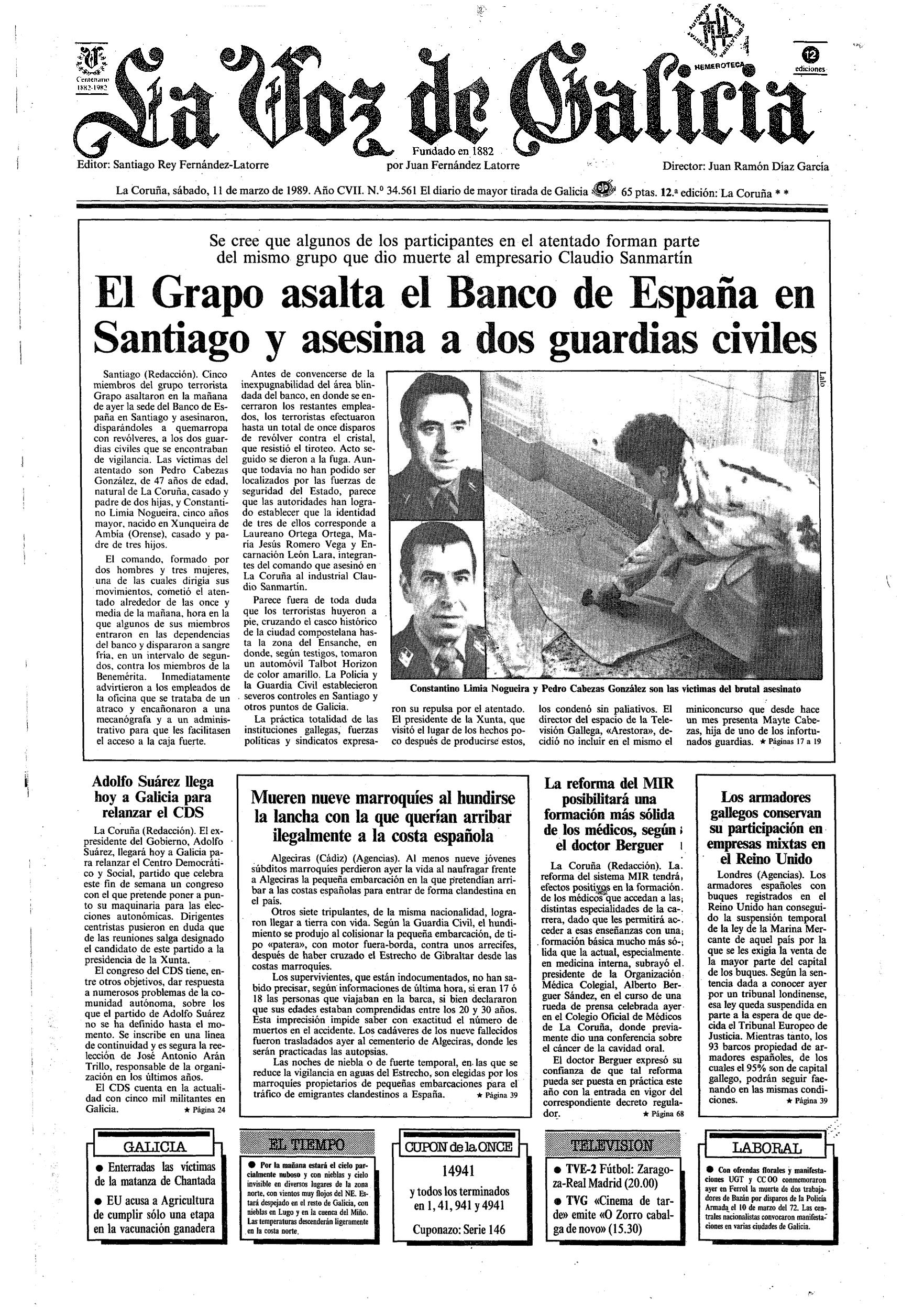 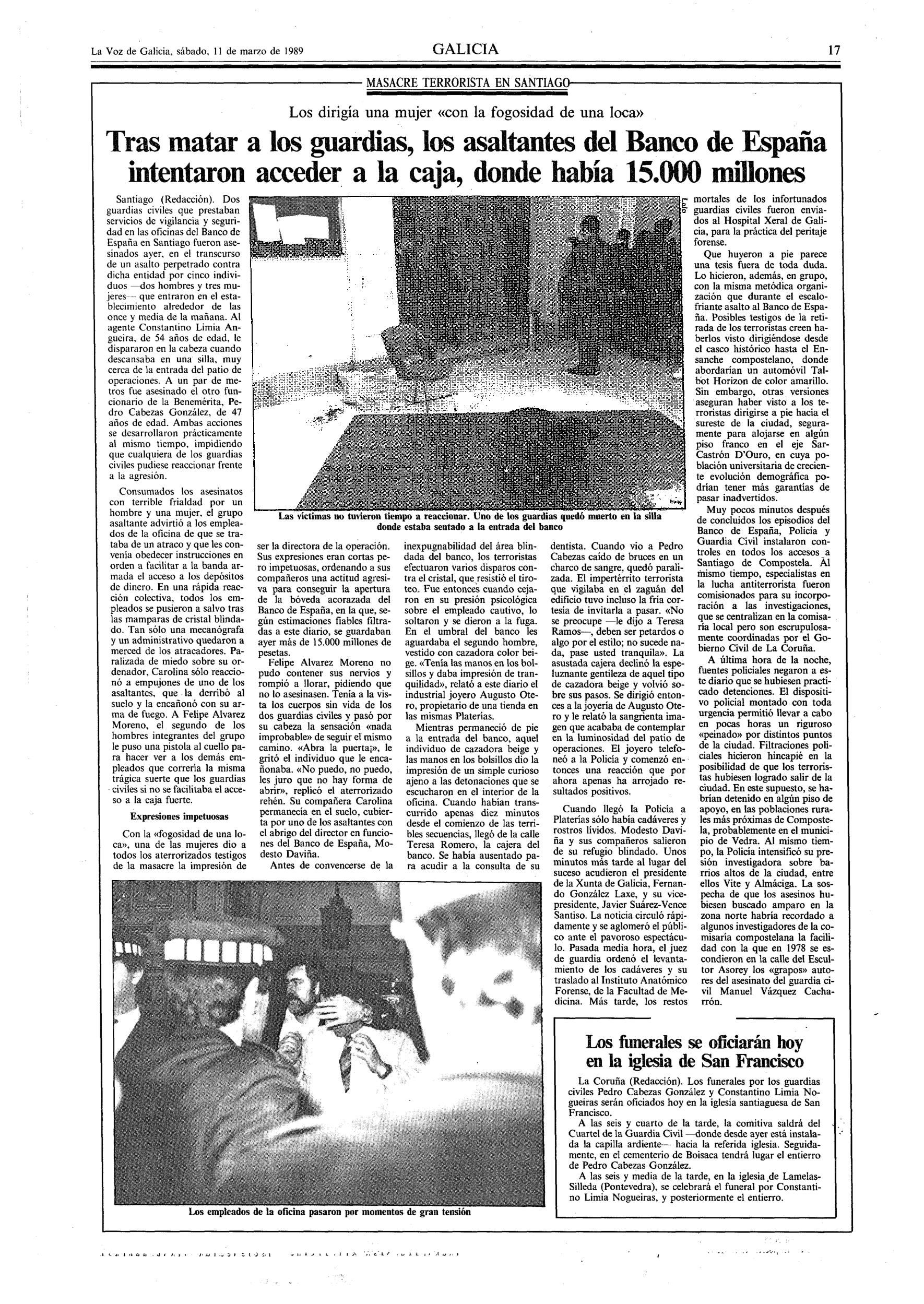