In the spring of 1985, several media outlets reported that French judicial sources and ETA-associated media had established links between the Perret brothers, Gilbert and Clément, and the so-called “dirty war” against ETA. The sources claimed that the two French brothers, and their compatriot Jean-Pierre Chérid, had all been members of the OAS (Organisation de l’Armée Secrète), which was opposed to the decolonisation of Algeria, and now formed part of GAL (the “Anti-terrorist Liberation Groups”).

At around 3.15 pm on 16 August, 1985, three members of an itinerant unit of ETA went to the pizza restaurant the Perret brothers ran at the flying club in Castellón. They located Clément, who was serving at a table, and fired 19 rounds at him, killing him instantly. A 19-year old waiter, Miguel Palenques Sanahuja, was hit and injured in the leg.

Clément Perret, who had been born in the Aix-en-Provence region, was living with his wife and thirteen-month-old son in Benicásim, and was buried in the cemetery at Castellón. 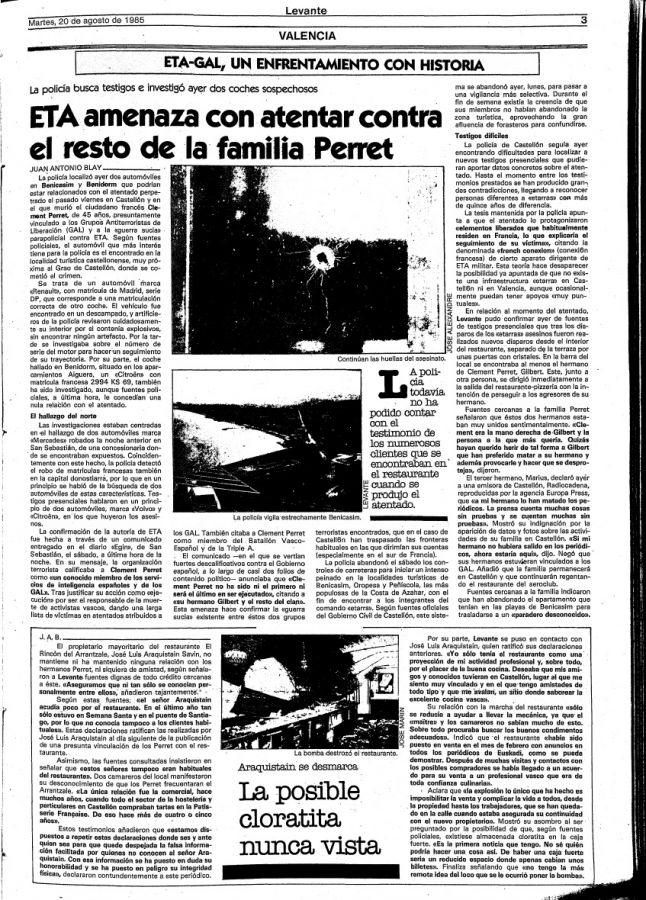 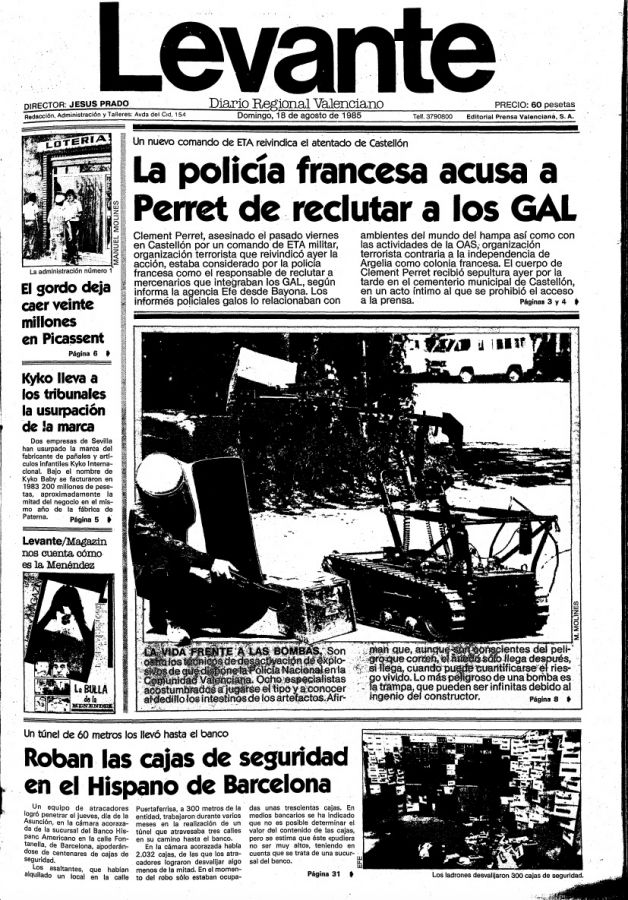 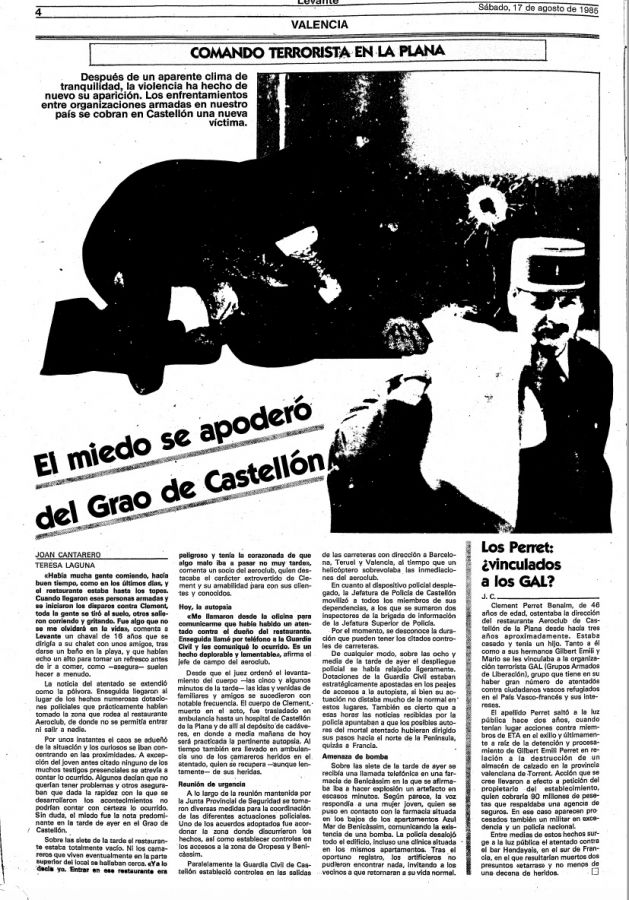 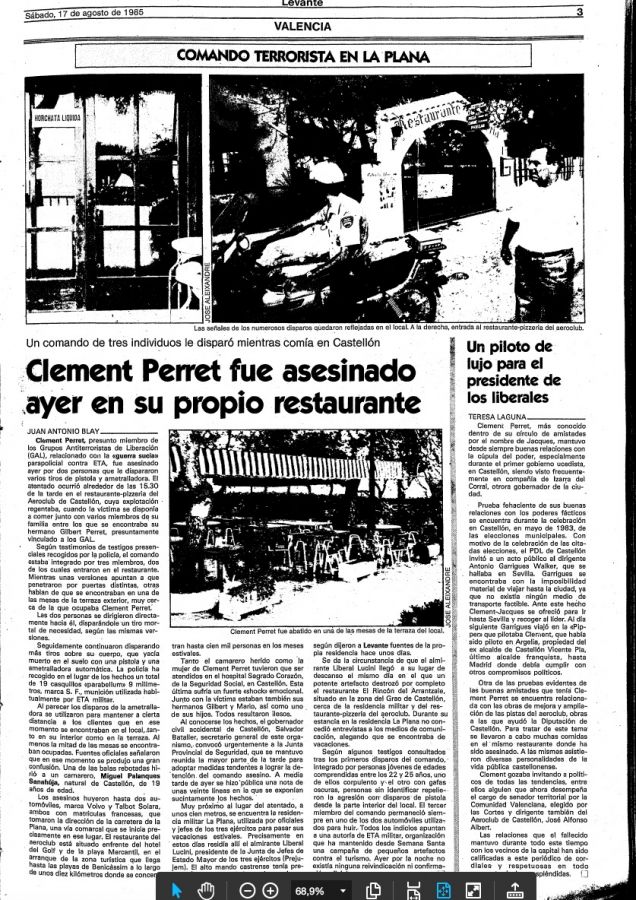 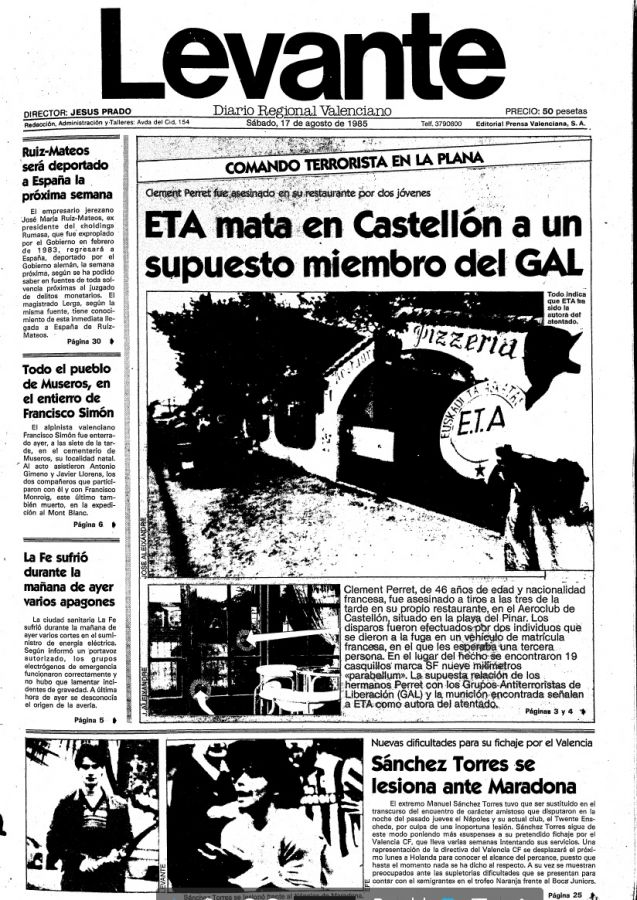 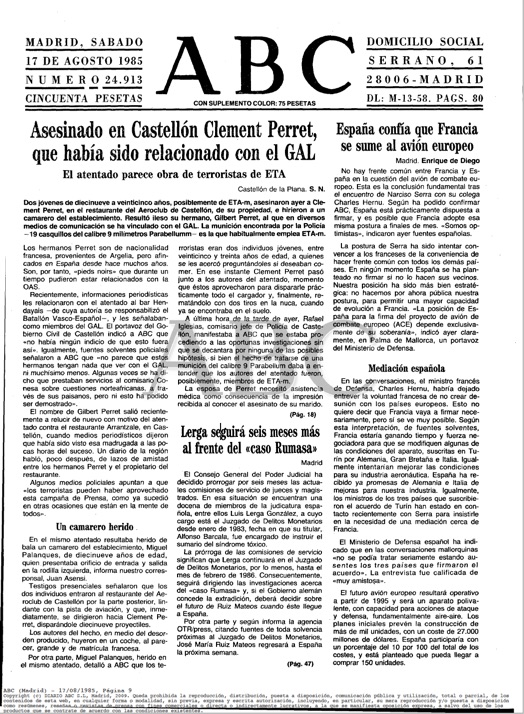 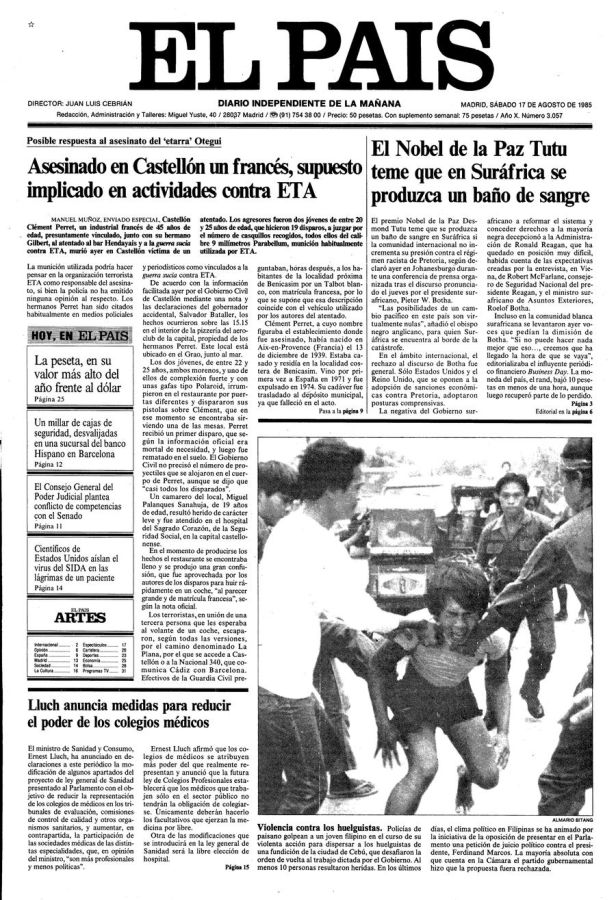 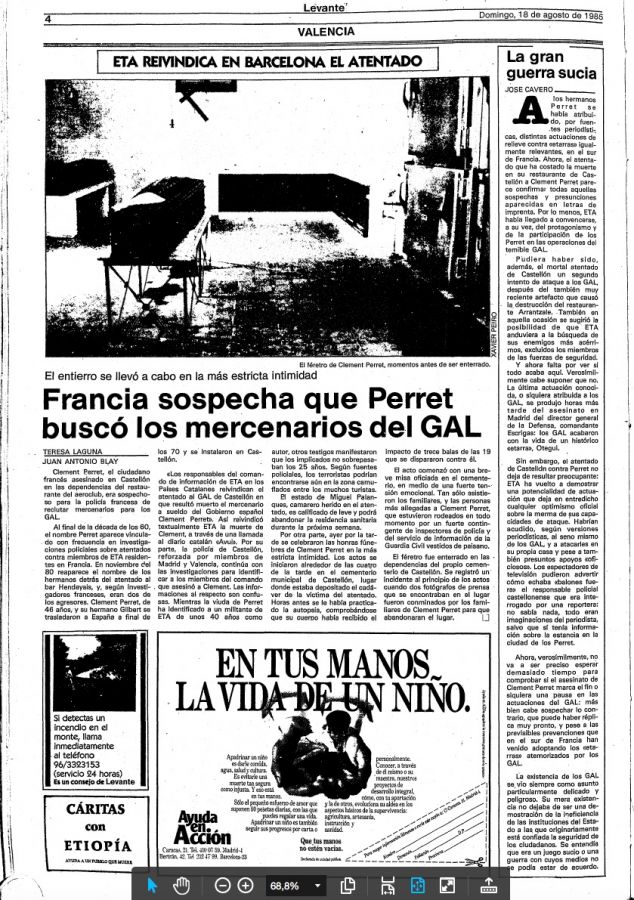