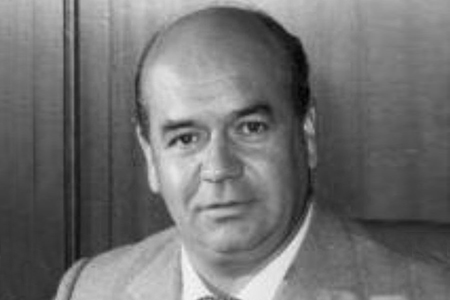 On the afternoon of 27 May 1988, two women and a man from GRAPO rang at the entry phone at the front door of the building in which Claudio San Martín Pérez lived with his family in La Coruña. Claudio’s wife María del Carmen was talking to her daughters on the phone; she left them waiting while she answered the intercom. The individuals said they were delivering flowers to the owner, and she let them in. At around 3.15 pm, when they reached the door of the apartment, María del Carmen opened the door to them. The terrorists pushed her aside to get to Claudio San Martín. Without saying a word, they shot him twice at point-blank range in the chest and head. The victim died instantly. His daughters heard the entire incident over the telephone.

Claudio San Martín Pérez, who was married with three daughters, was a well-known industrialist from La Coruña. He was the manager of Claudio Supermarkets. He was vice-president of the La Coruña Chamber of Commerce and headed the Confederation of Employers of Galicia. Until January of that year, he had been the chairman of Caixa Galicia and had consequently received several death threats from GRAPO. As a result, he had had to have a bodyguard for some time. 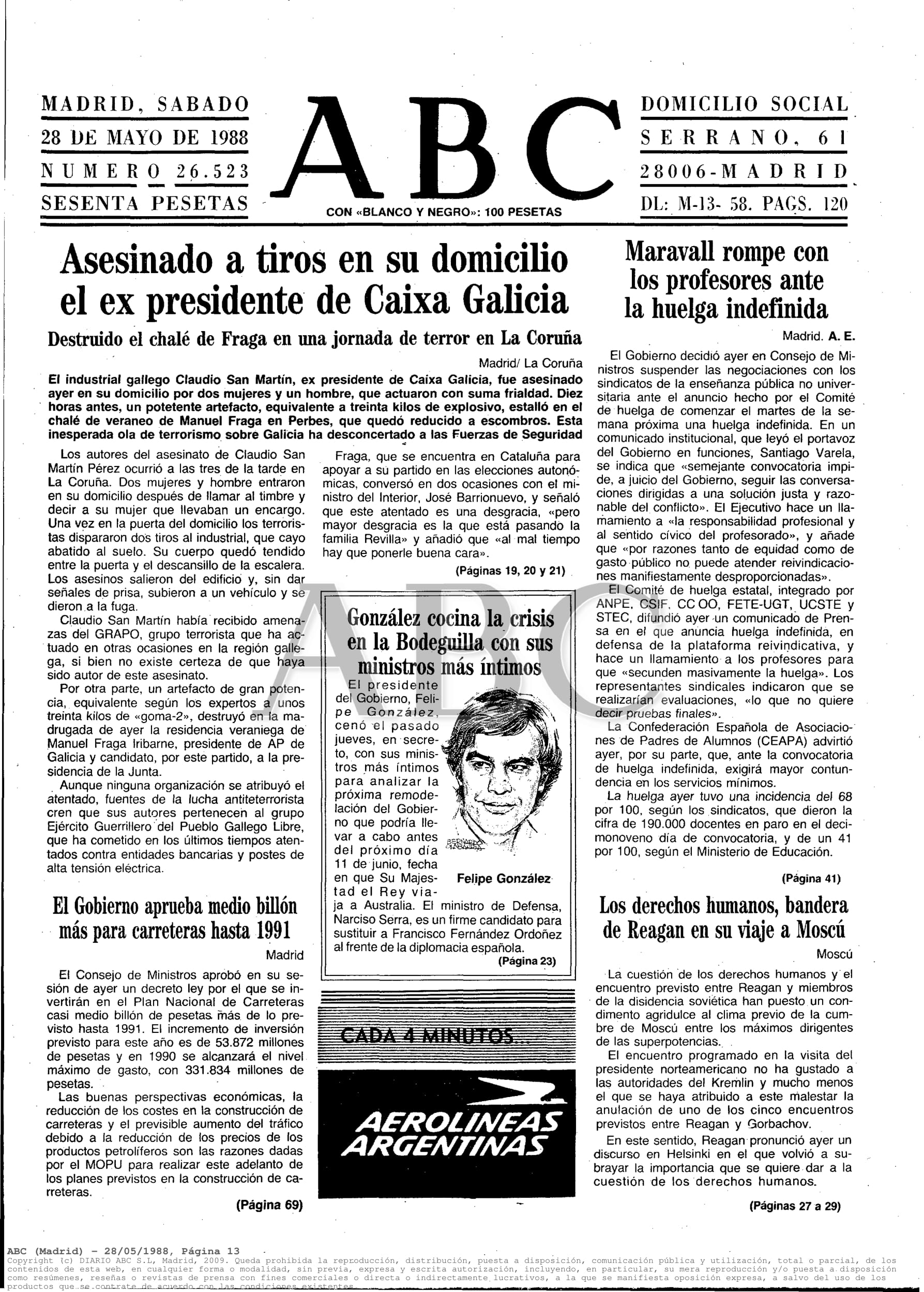 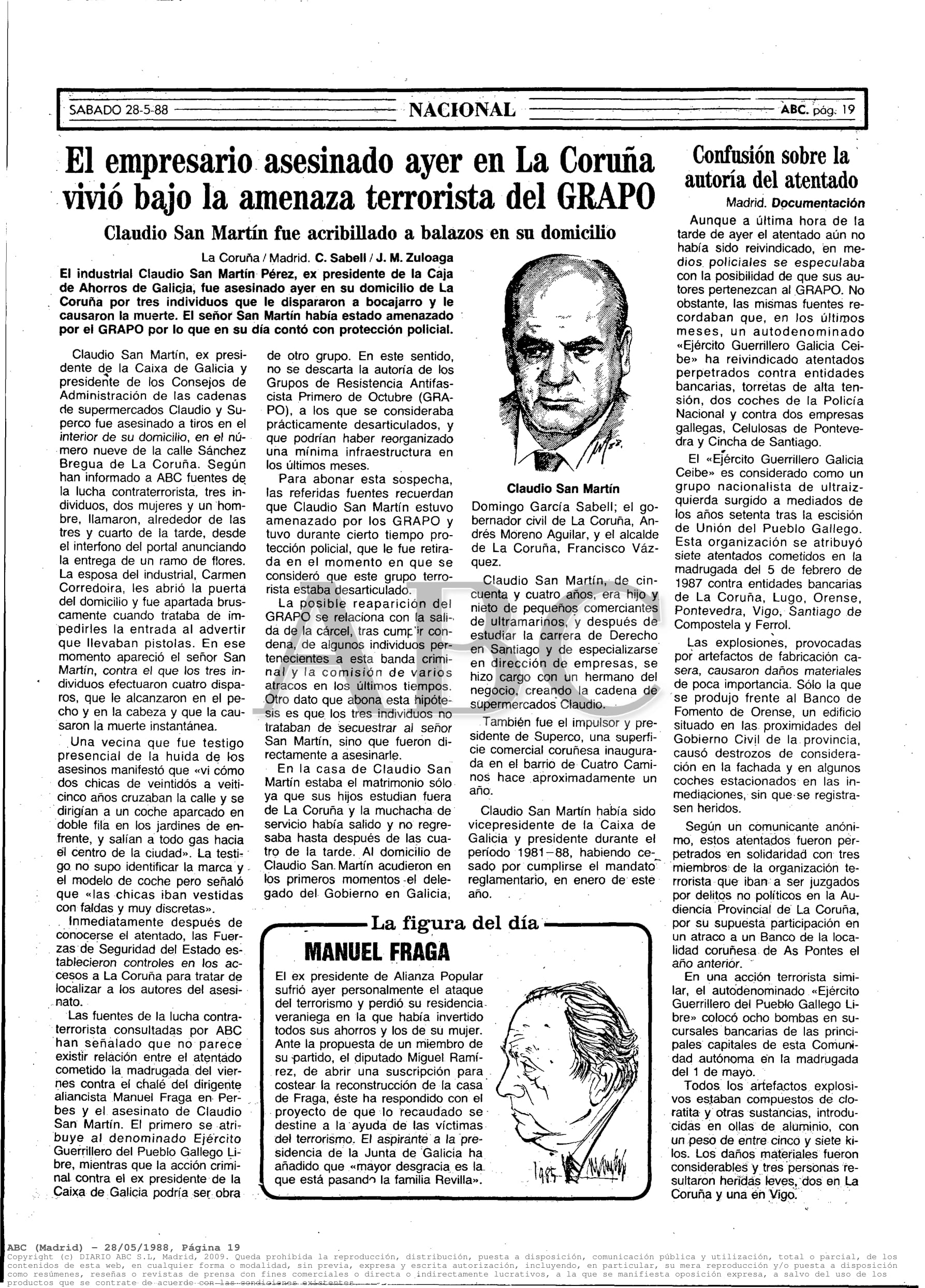 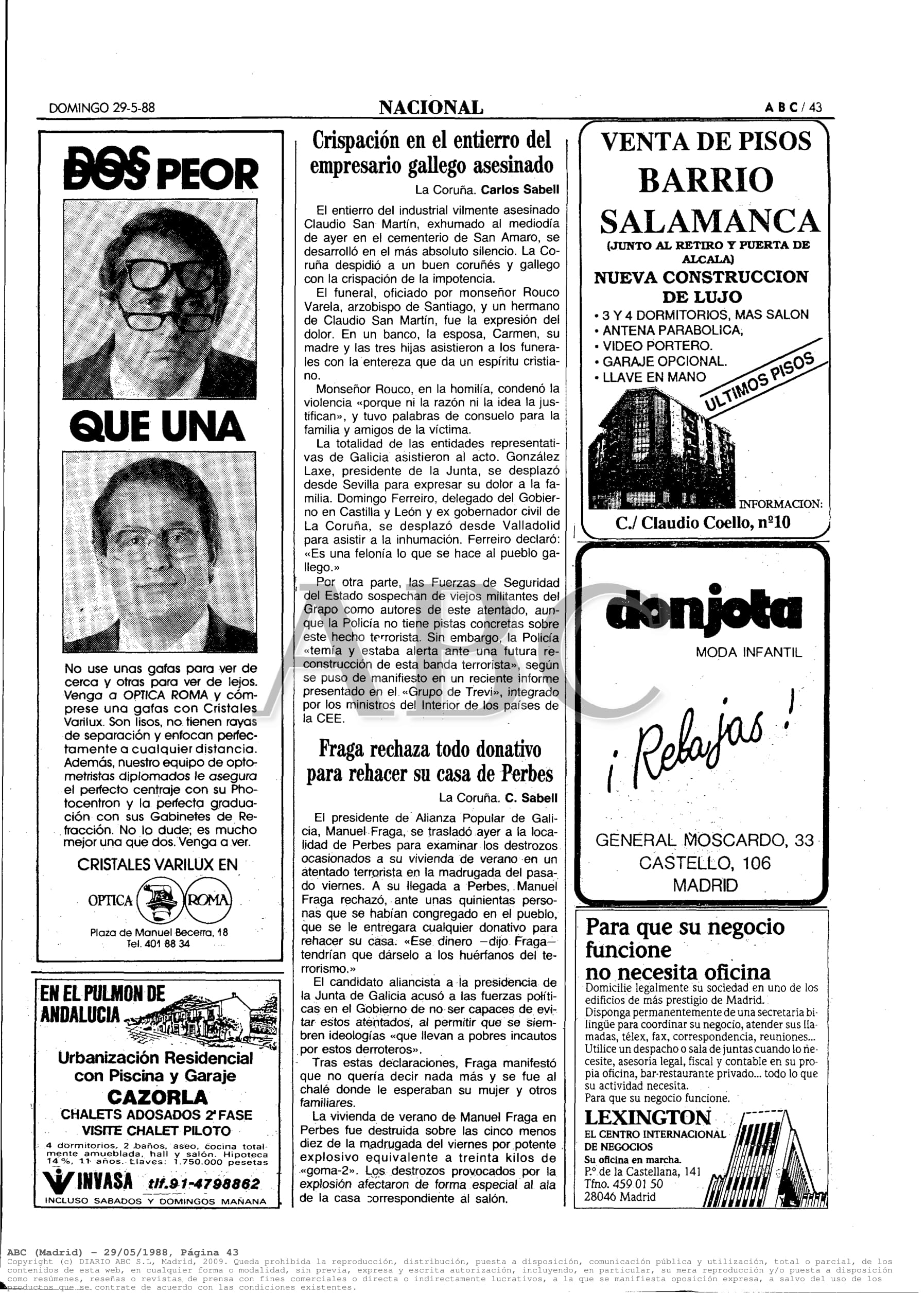