Civil Guard Ciriaco Sanz García was attacked in Llodio on 5 January 1979, the eve of the Epiphany celebrations. As he was leaving the doorway of his apartment block to go to the barracks, a number of terrorists opened fire on him with a machine gun from a passing car, seriously wounding him. He had seen the terrorists and dropped to the ground, but was unable to avoid being shot. The first person to come to his aid was one of his three daughters, who found him lying in a large pool of blood. He lost consciousness on the way to Cruces Hospital, where he was admitted in a serious condition. He died on the evening of 9 January. 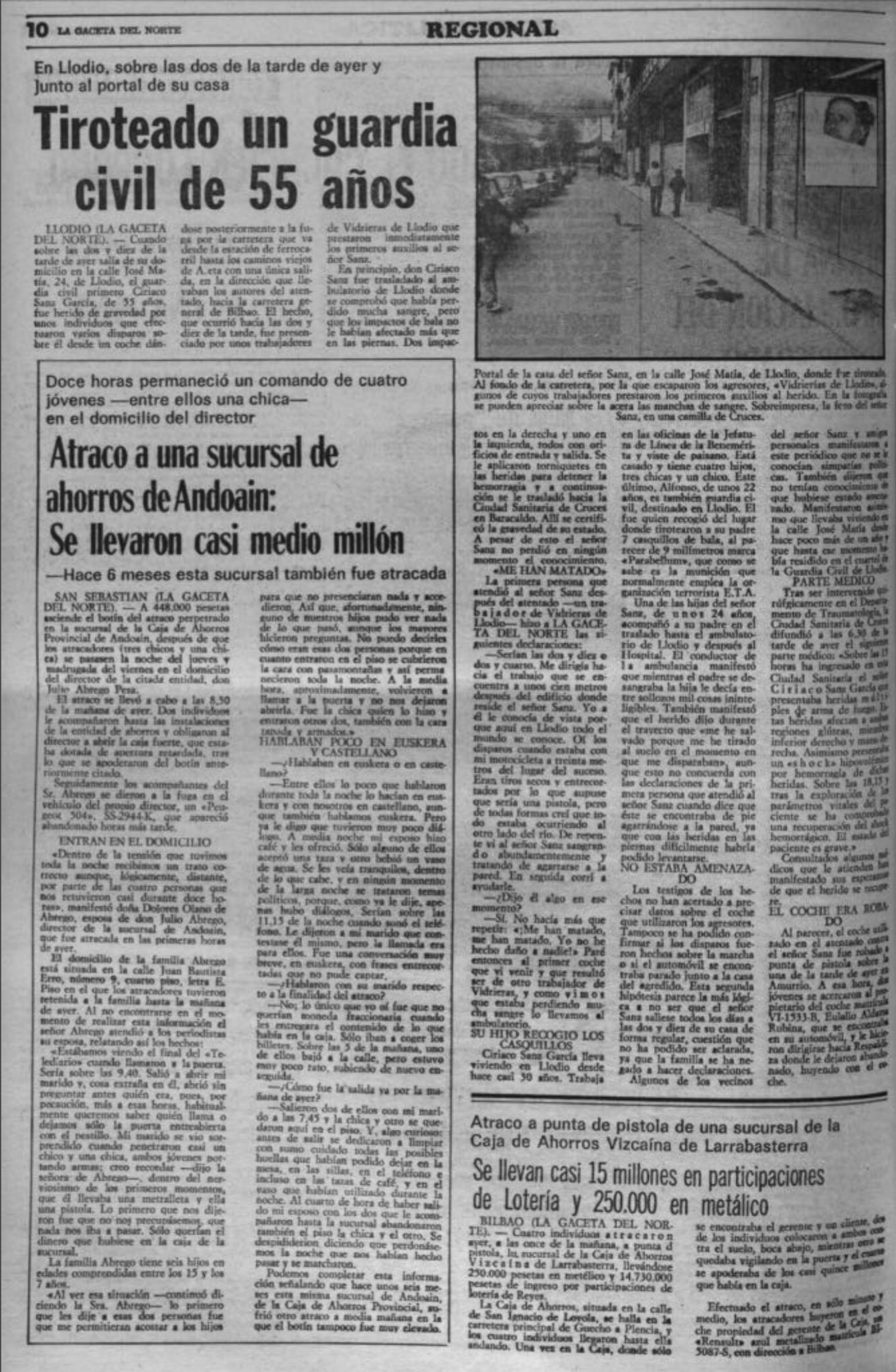 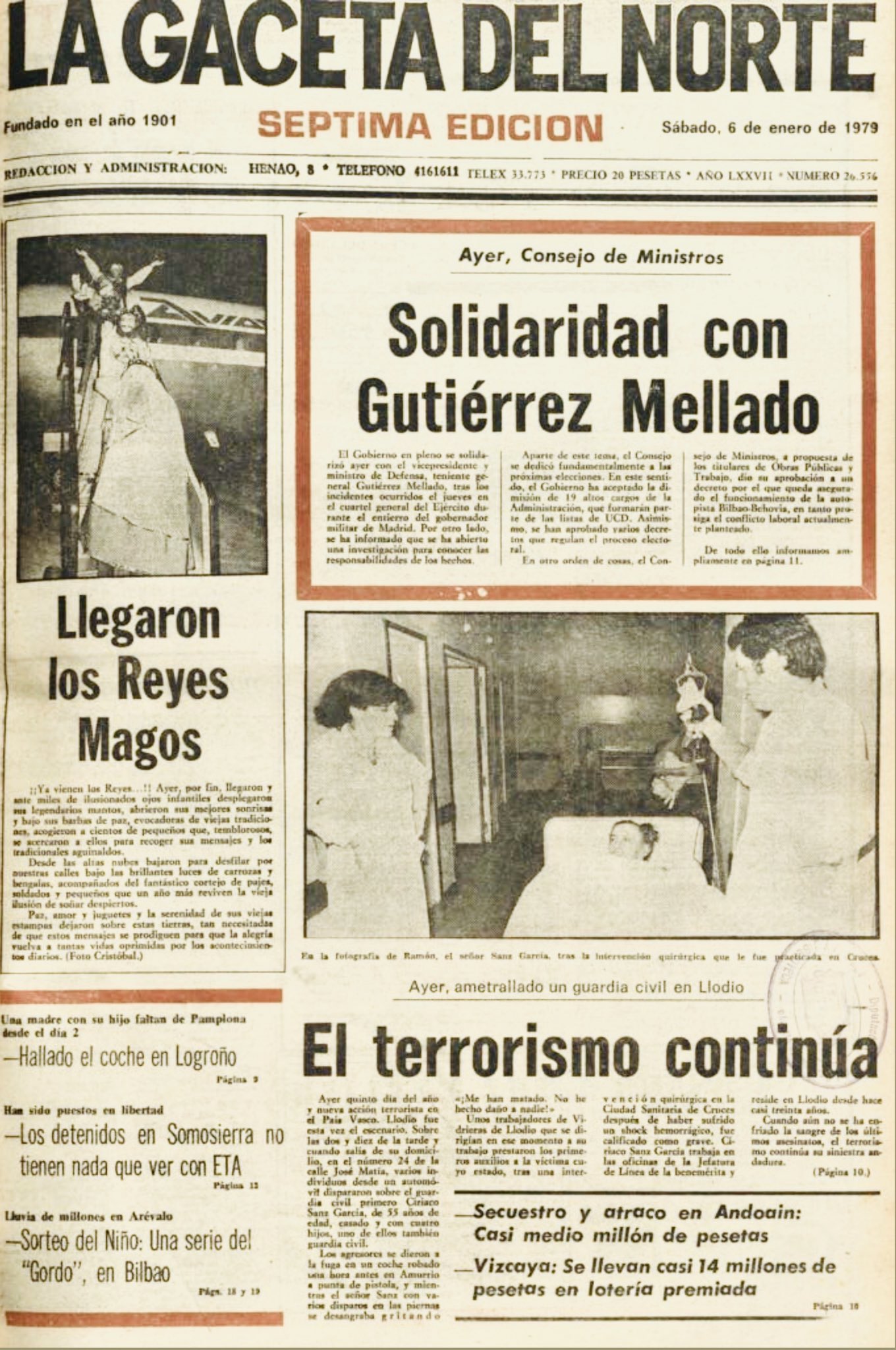 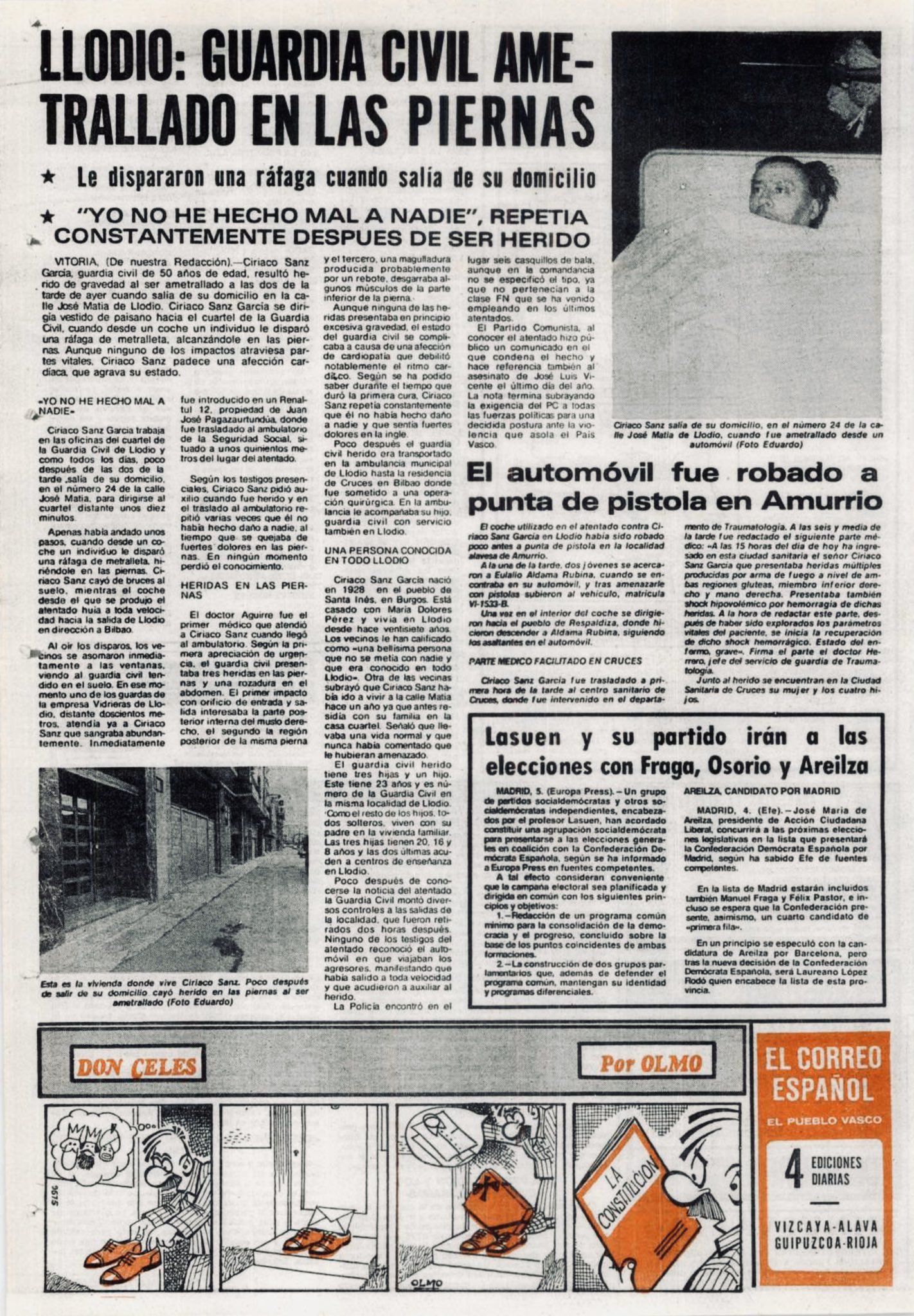 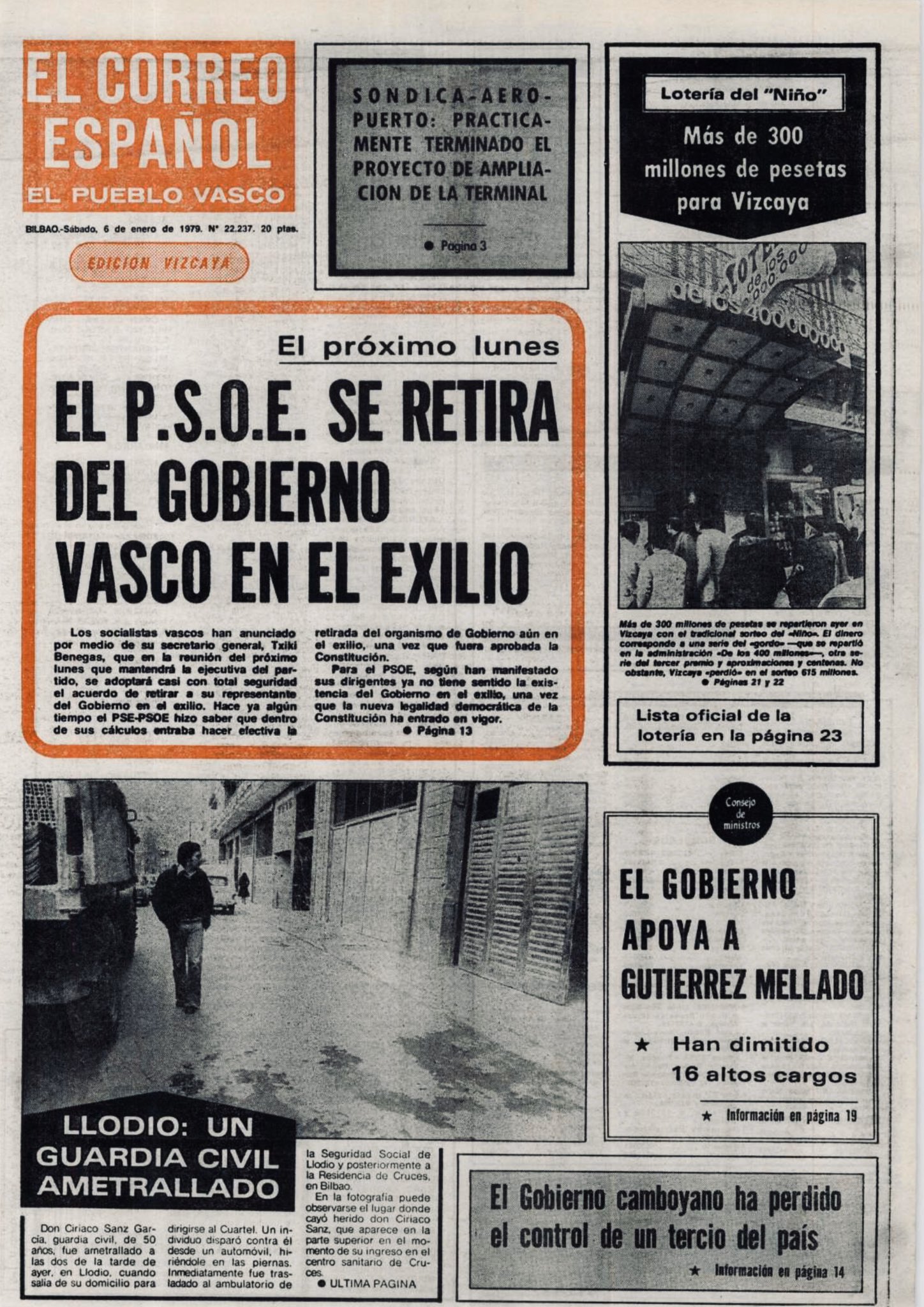