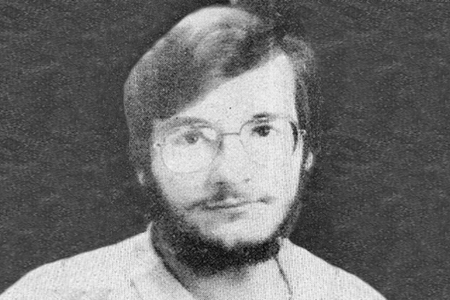 In the early hours of 18 November 1984, Christian Olazcuaga (21) and his brother Claude left their car in a car park in the French Basque town of Biriatou. As they were walking to a dance at the local fiestas, they were intercepted by two individuals from GAL who opened fire on them at point-blank range. Christian, who worked as a salesman in a car dealer and was also a Basque folk dancer, was killed instantly. He would have been 22 two weeks later. Claude was taken to hospital with bullet wounds in the leg. According to the police, the terrorists had mistaken them for fugitive ETA members. 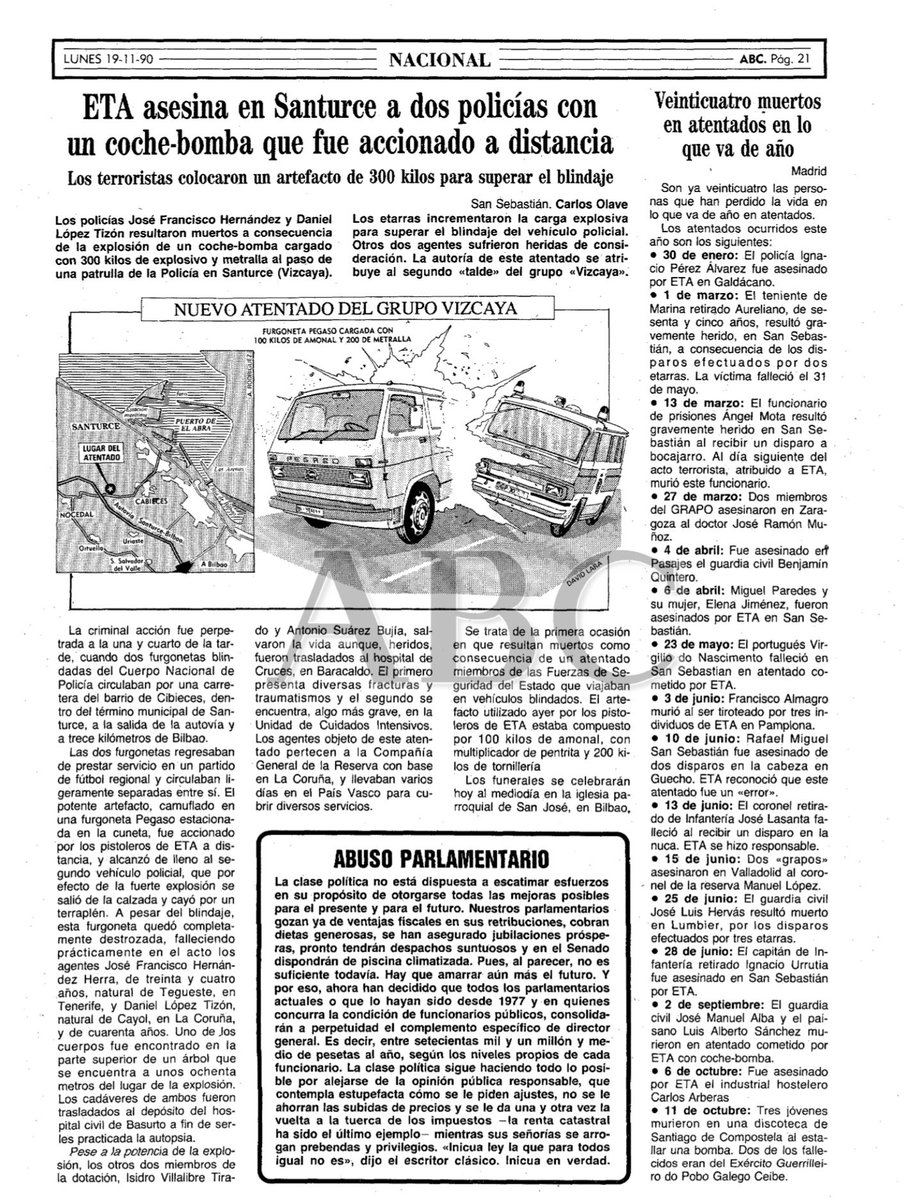 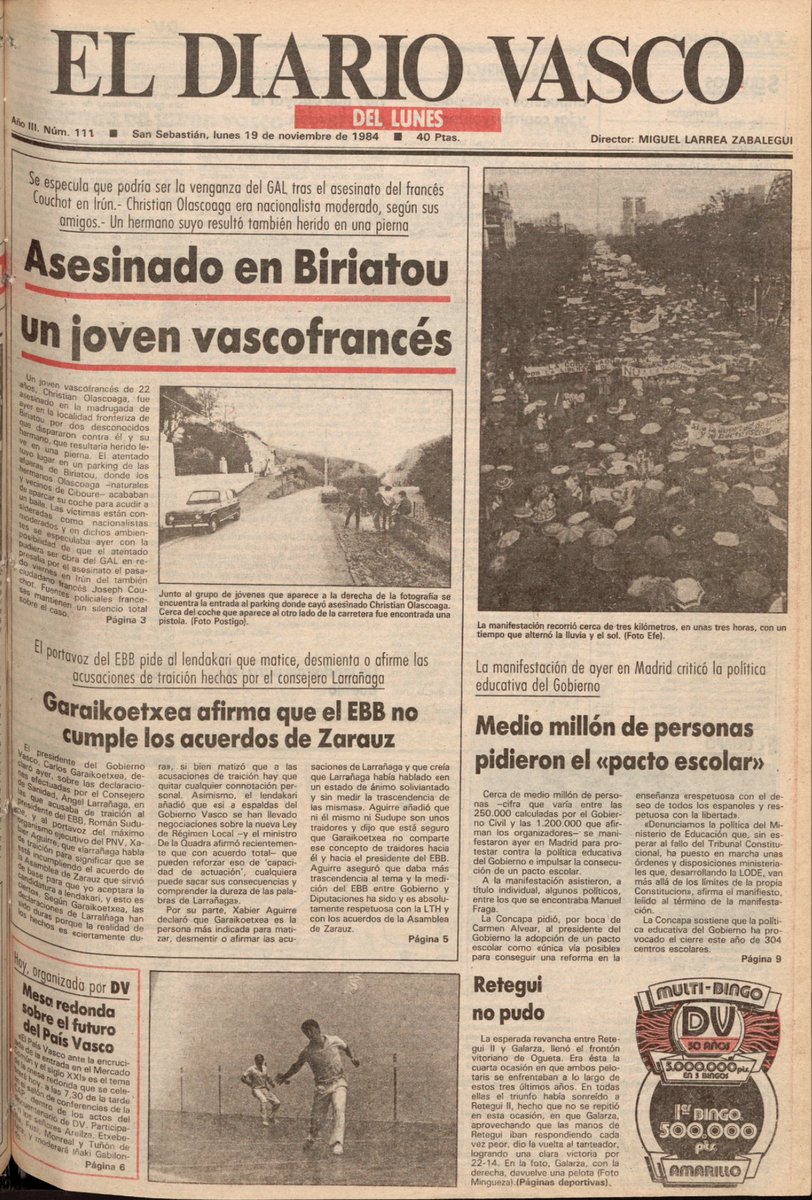 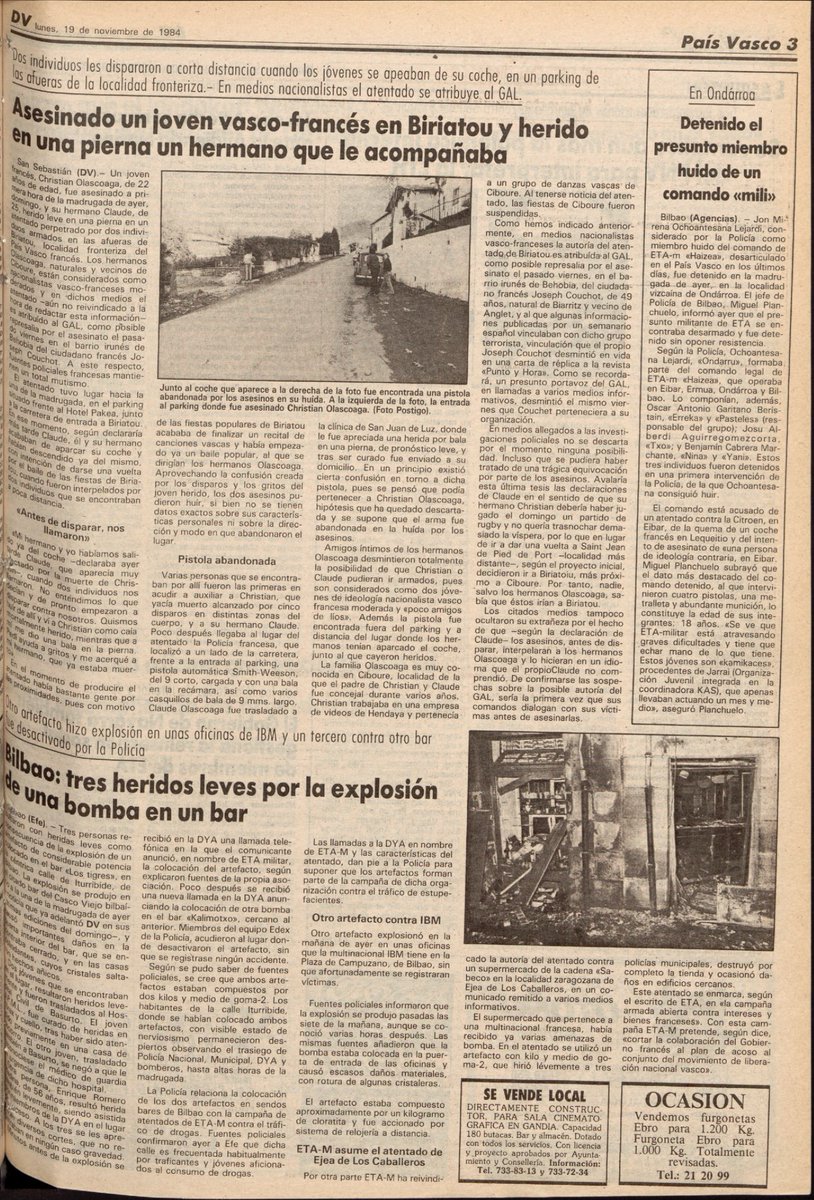 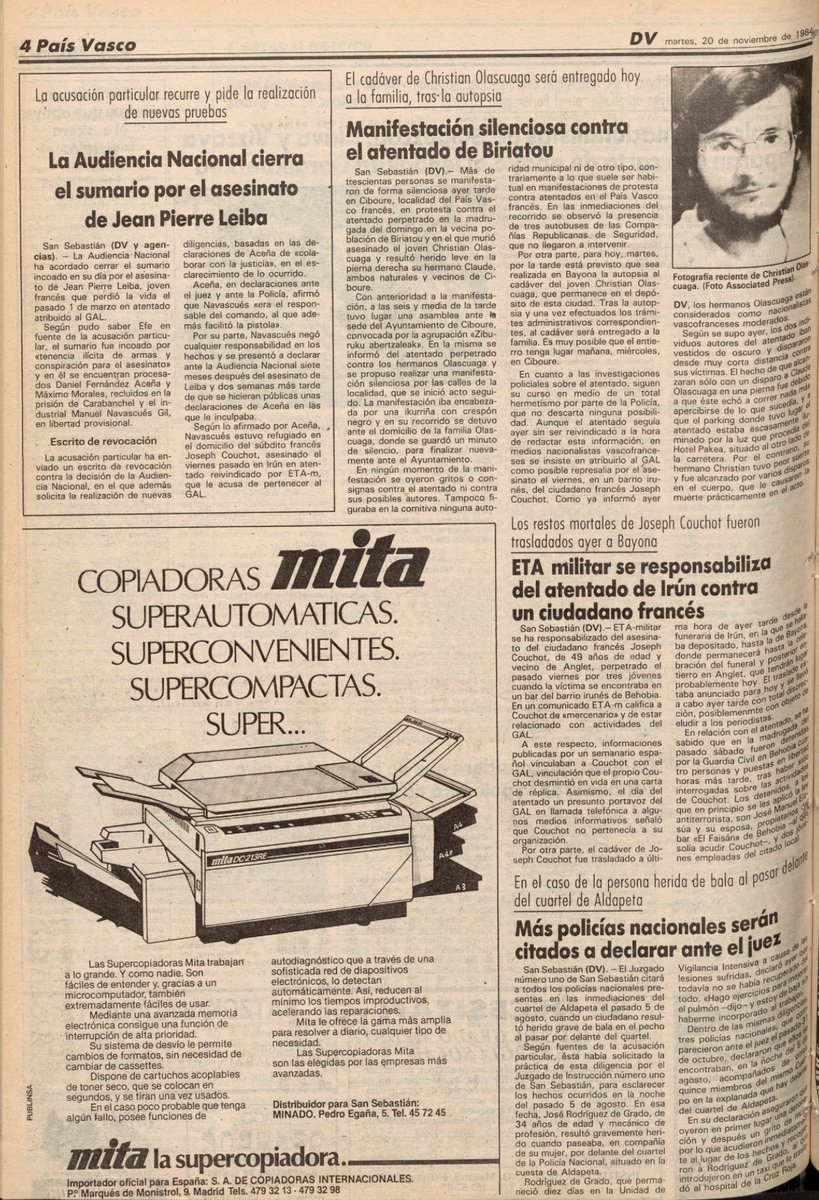