On the night of 18 February 1986, Catherine Brion, a 16-year-old Parisian student, took a lift from Christophe Machicotte, a farmer who owned the land at Bidarray (France) where she and her parents were staying, to return to her motorhome. Around 9.30 pm, as they were driving along the road, another vehicle approached and one of the occupants fired a number of shots at them.

Christophe Machicotte was killed instantly. Catherine Brion died soon afterwards, as she was being taken to hospital. In 1999, Miguel Brecia Guillén was sentenced to 68 years prison for the murder of the two French citizens on the orders of GAL. 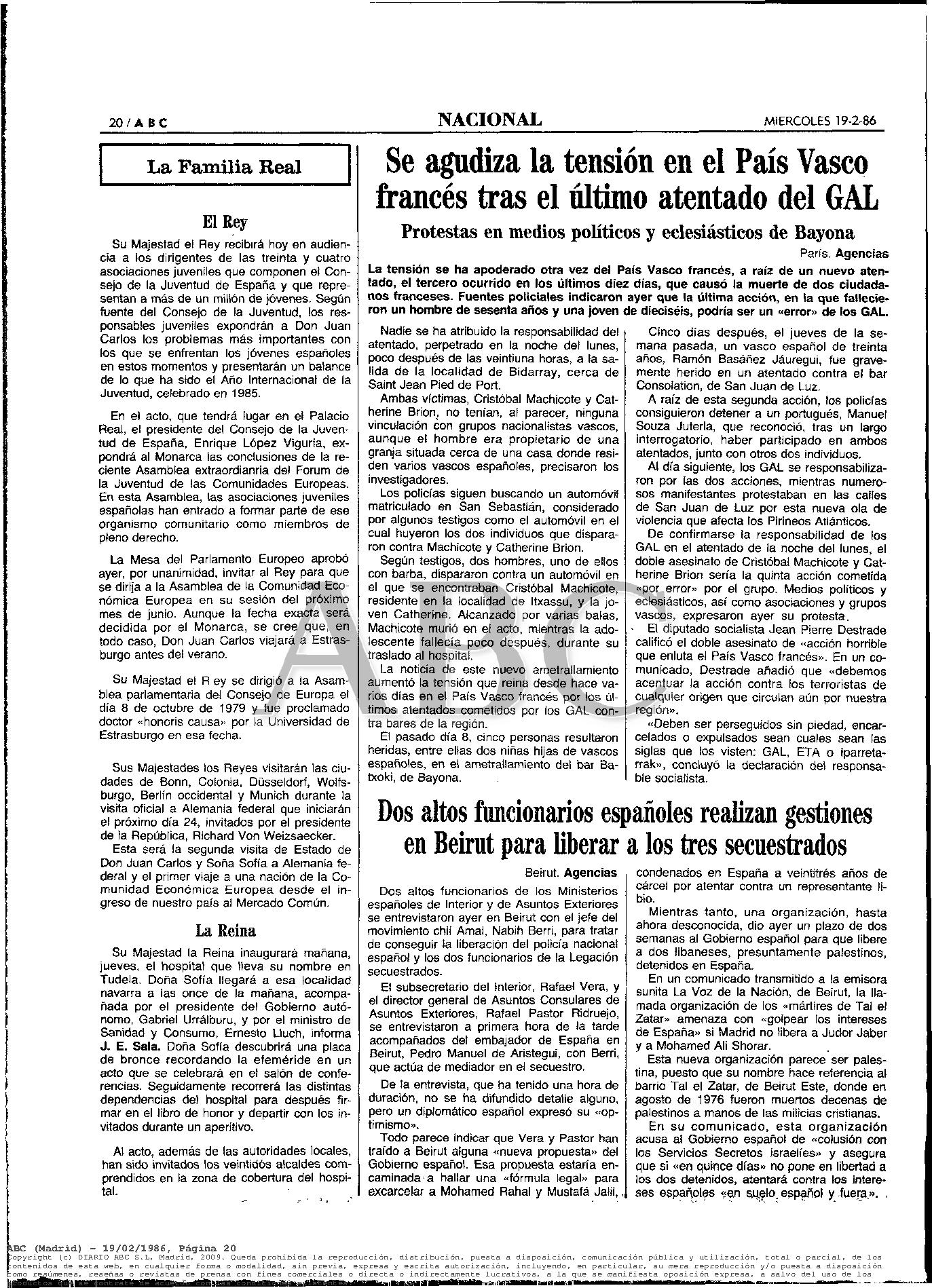 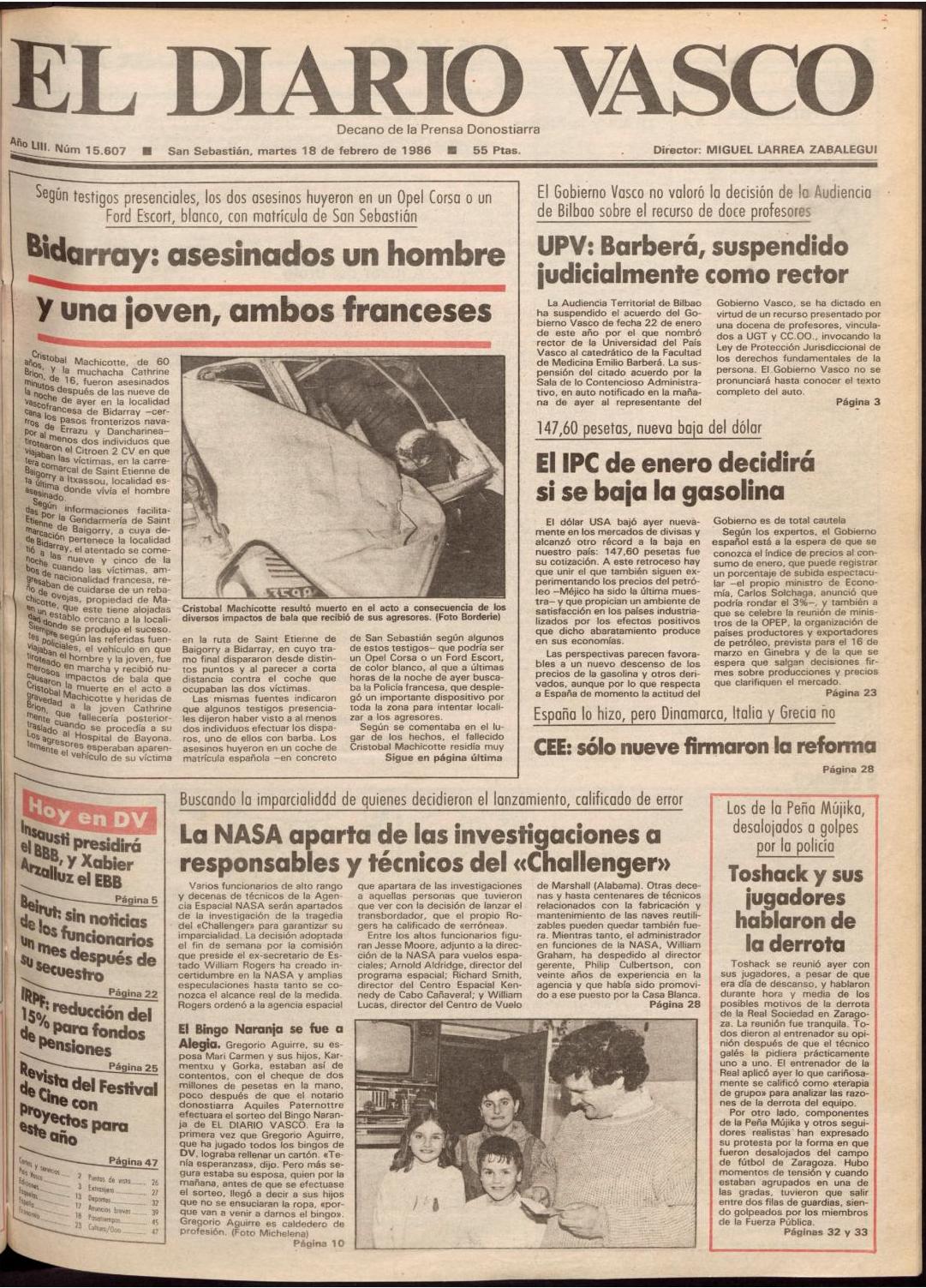 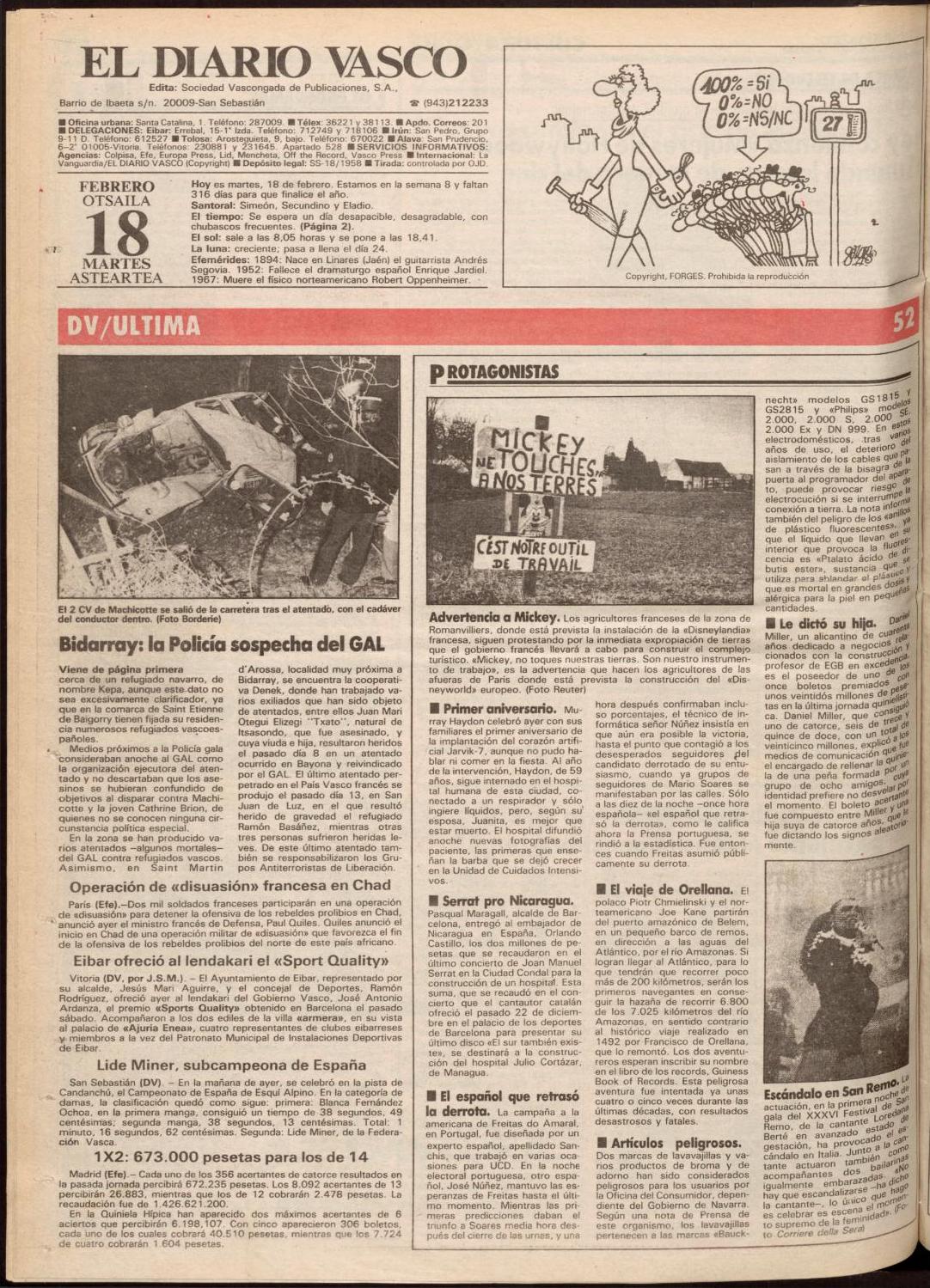 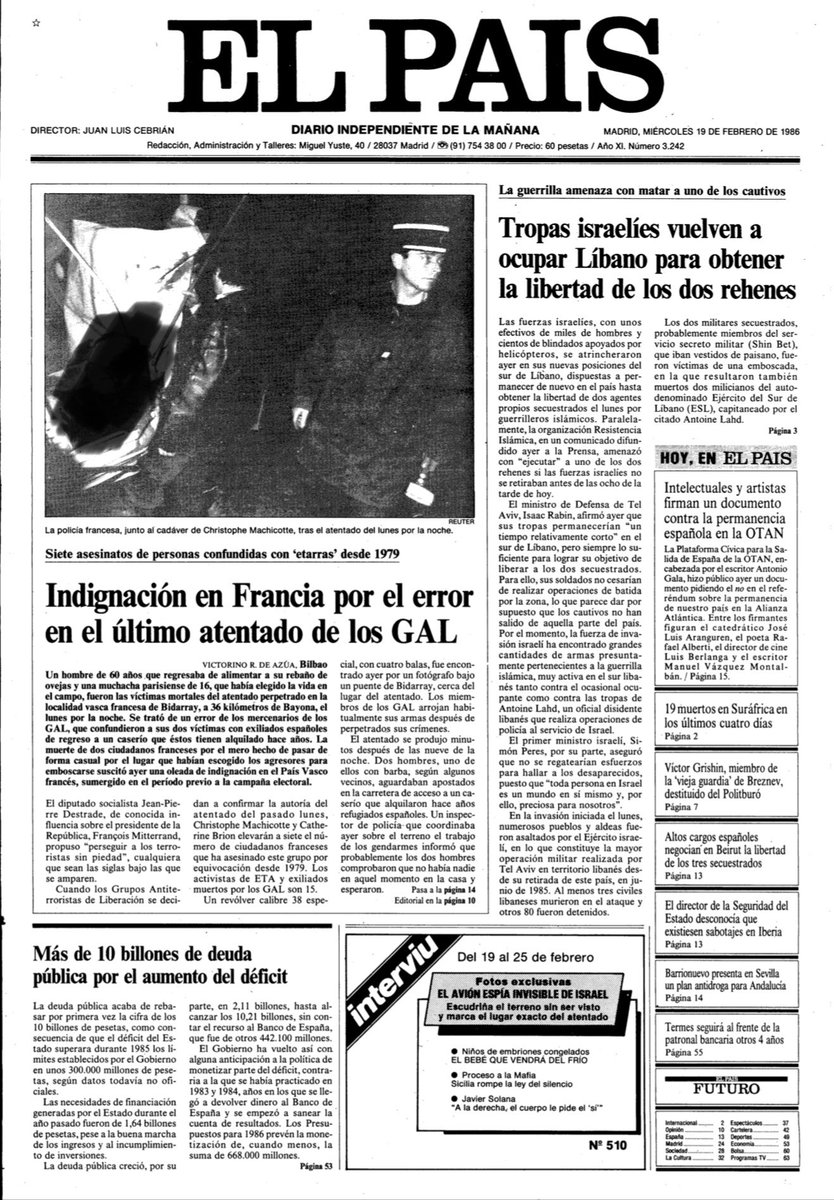