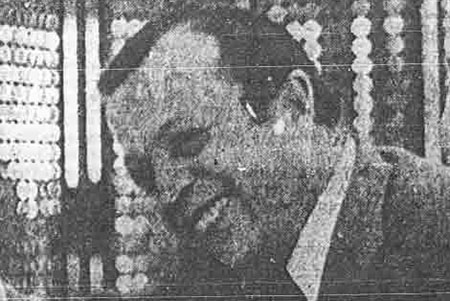 Carlos San Biurrun was killed in broad daylight, shortly before 3 pm, in the centre of Pamplona. The National Police inspector, who was working in the Criminal Investigation Squad, usually parked his car on Bajada del Labrit before going for lunch in his home in the old quarter of the city. On 8 October 1979, as he was getting out of his car, two terrorists from the Nafarroa unit of ETA shot him seven times and again when he was lying on the ground. They then made their getaway in a vehicle that was waiting a few metres away. 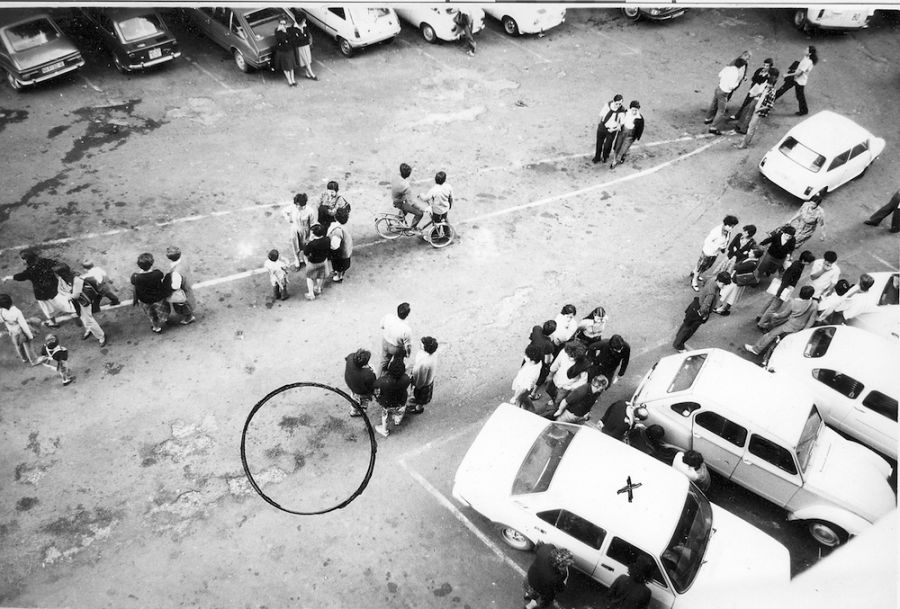 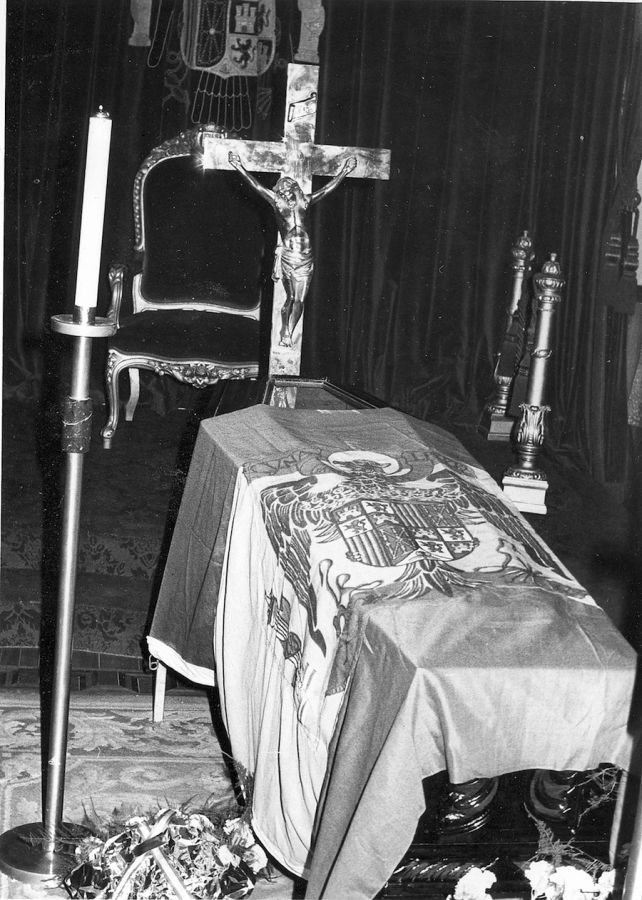 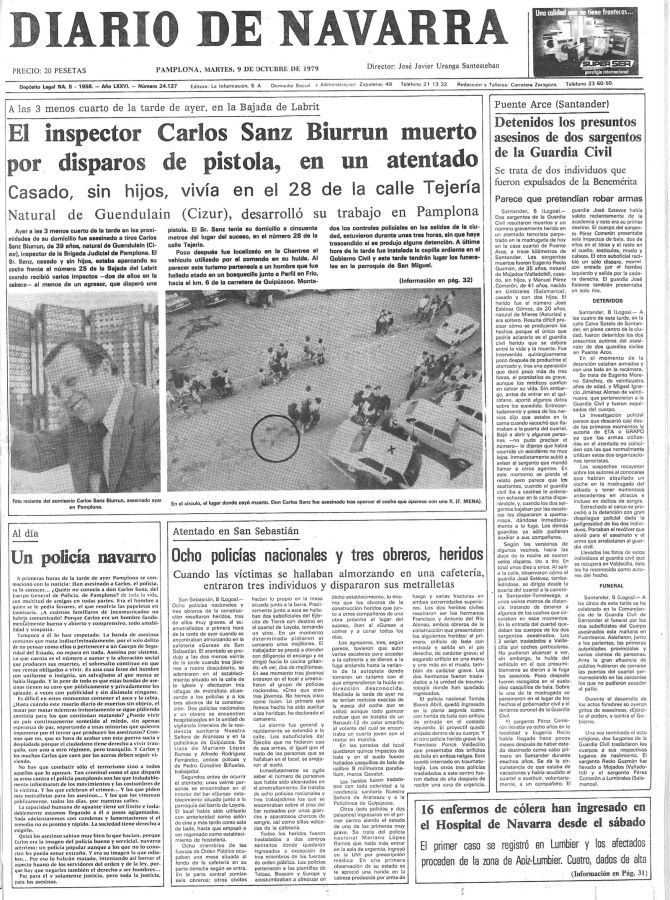