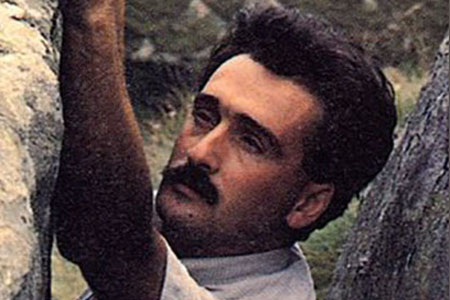 Carlos Saldise Corta was on his way home to leave some things. His friends, who were waiting for him, saw an unknown man walk up to him. He exchanged a few words with the victim and the two then entered the apartment block. Seconds later, his friends heard two shots and saw the stranger running out of the main door. Carlos was lying on the ground with a bullet wound in the head.

Carlos Saldise Corta was a member of the Basque pro-amnesty groups and was an Herri Batasuna sympathizer. In a phone call to El Diario Vasco newspaper, a spokesman for GAE, the ultra-right-wing group responsible for the killing, said that they would “continue to execute militants or sympathizers of the extreme left as long as they continue to murder members of the forces of public order, the Civil Guard or the police, on a one-for-one basis”. 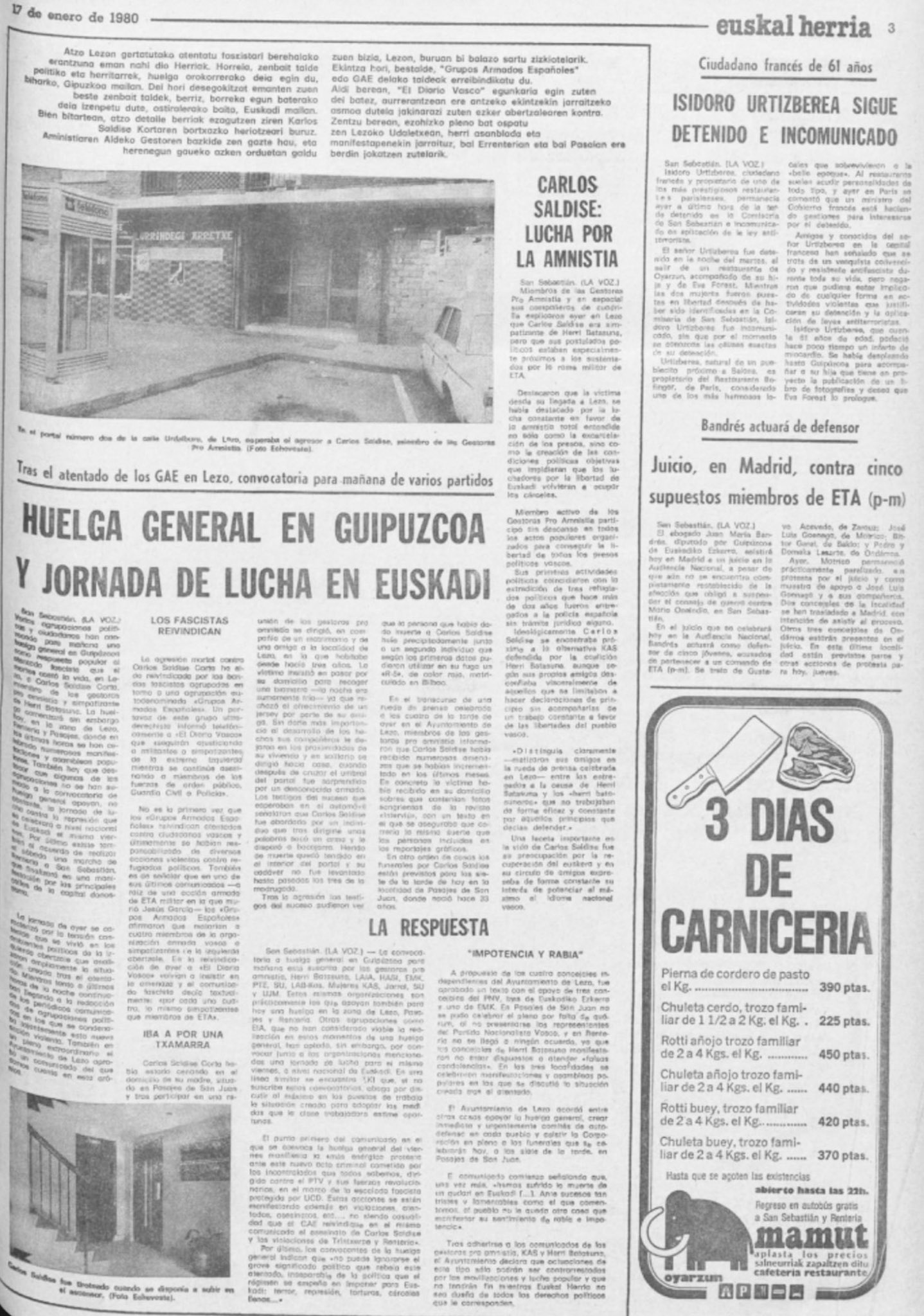 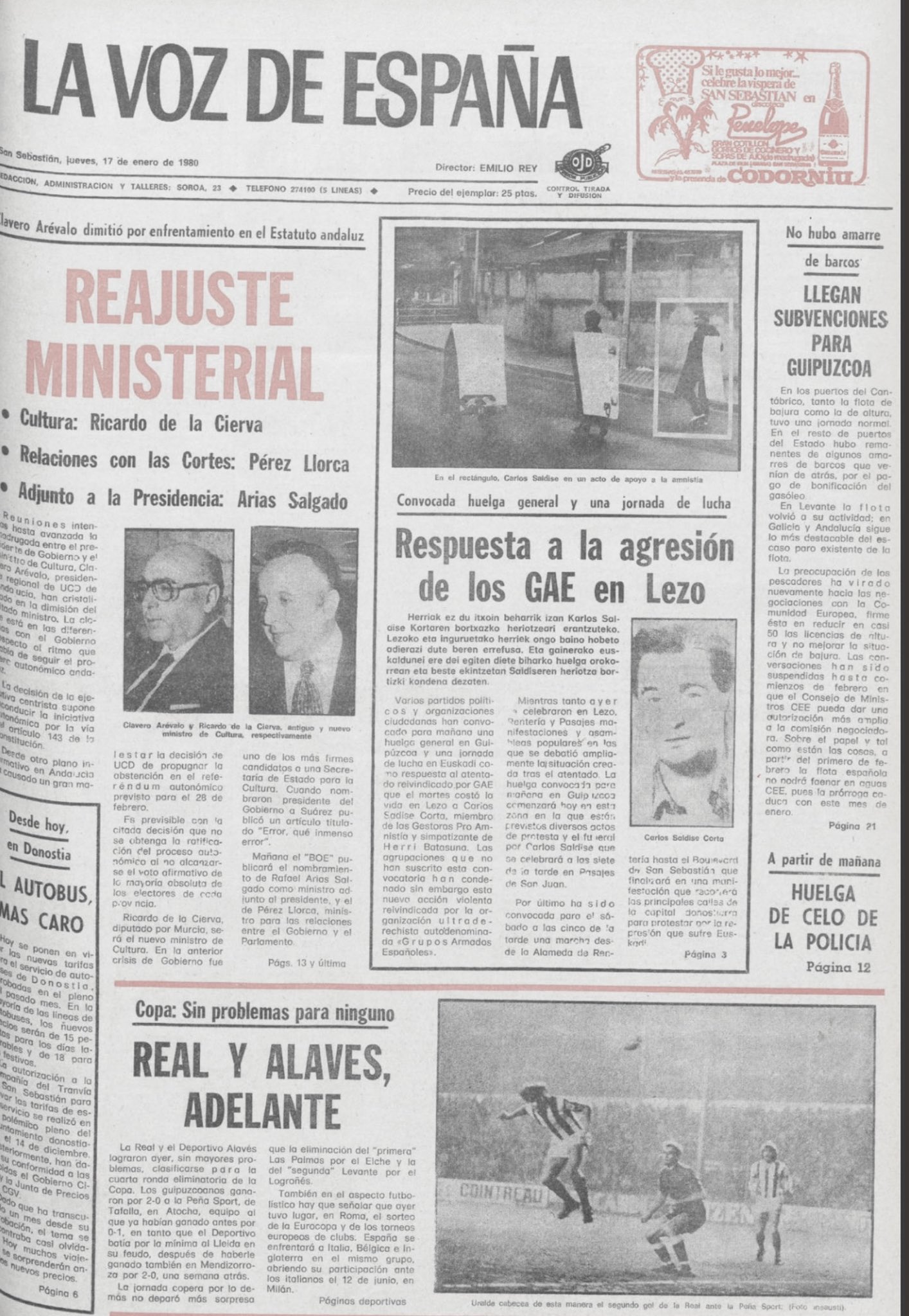 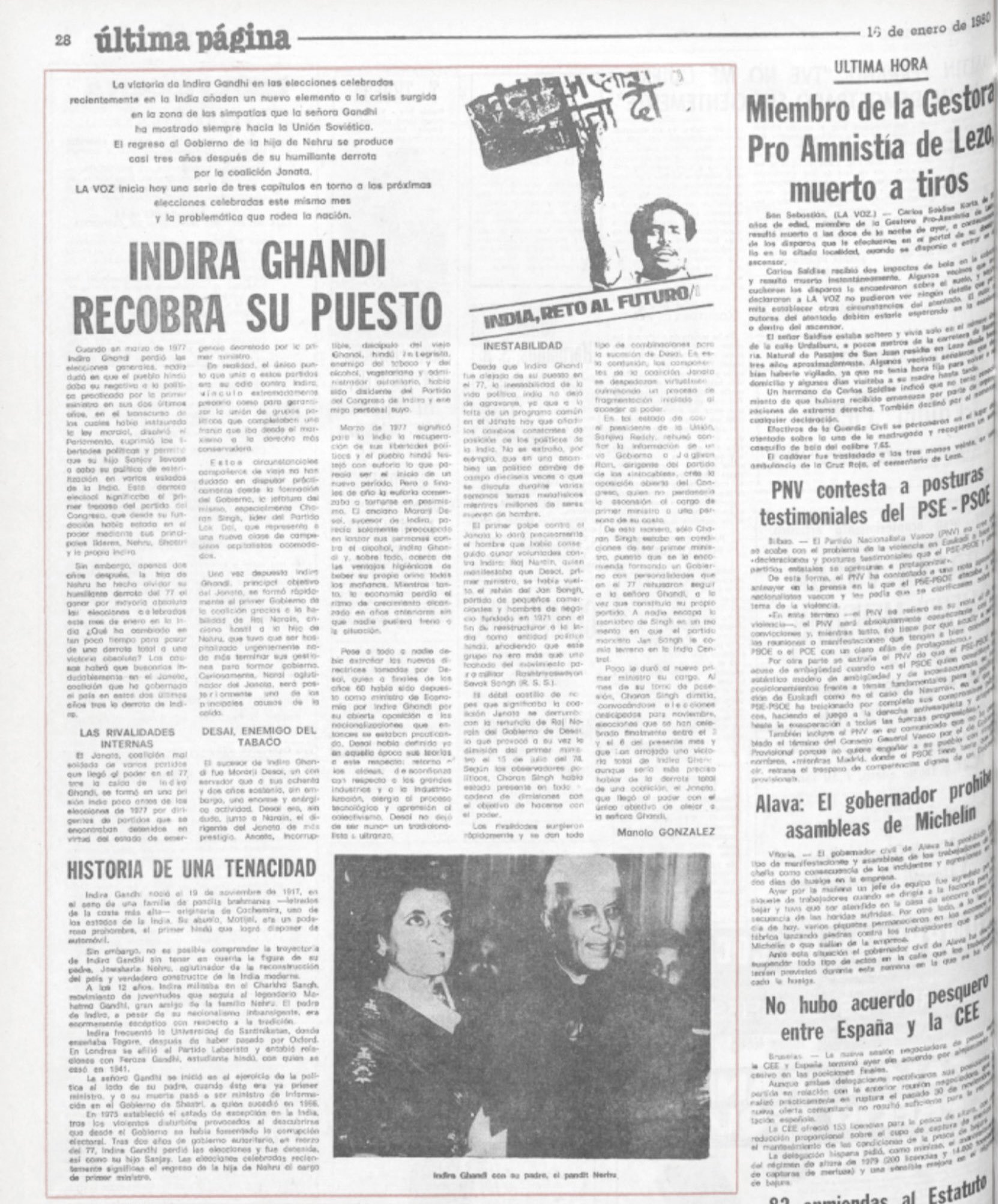 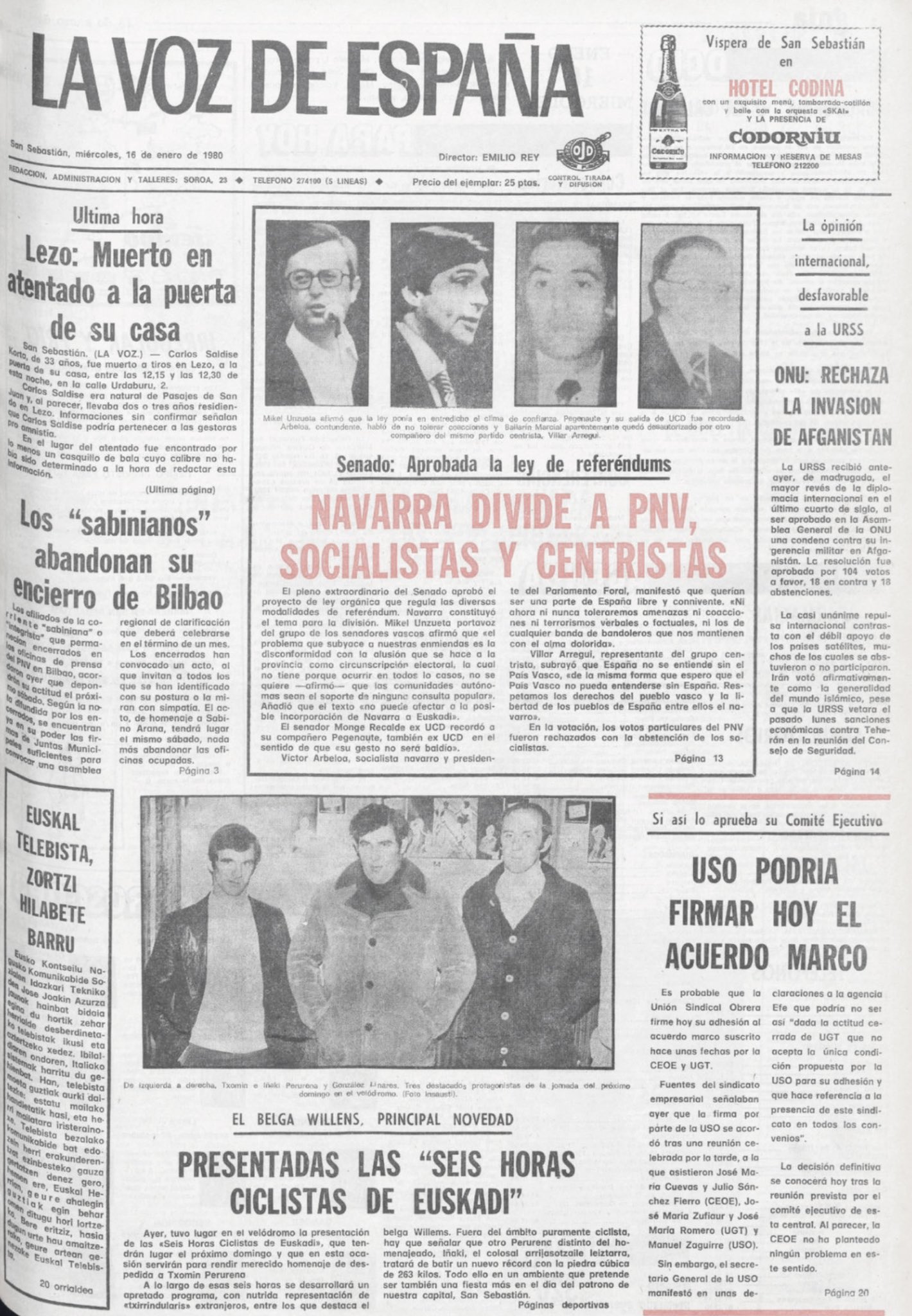