At around 3.00 am on 6 June 1981, Carlos Idígoras Navarrete (22) was walking along Calle Cardenal Cisneros in Madrid when he was intercepted by two armed individuals. They shot him twice in the head at point-blank range. The young man was killed instantly. According to some reports in the media, Carlos Idígoras had gone out with his friends to celebrate having passed an examination for a job in the national rail company, RENFE. Two months later, the members of the far-right unit that killed him, who had ties to the Youth Front (Frente de la Juventud), were arrested and the perpetrators sentenced to imprisonment. 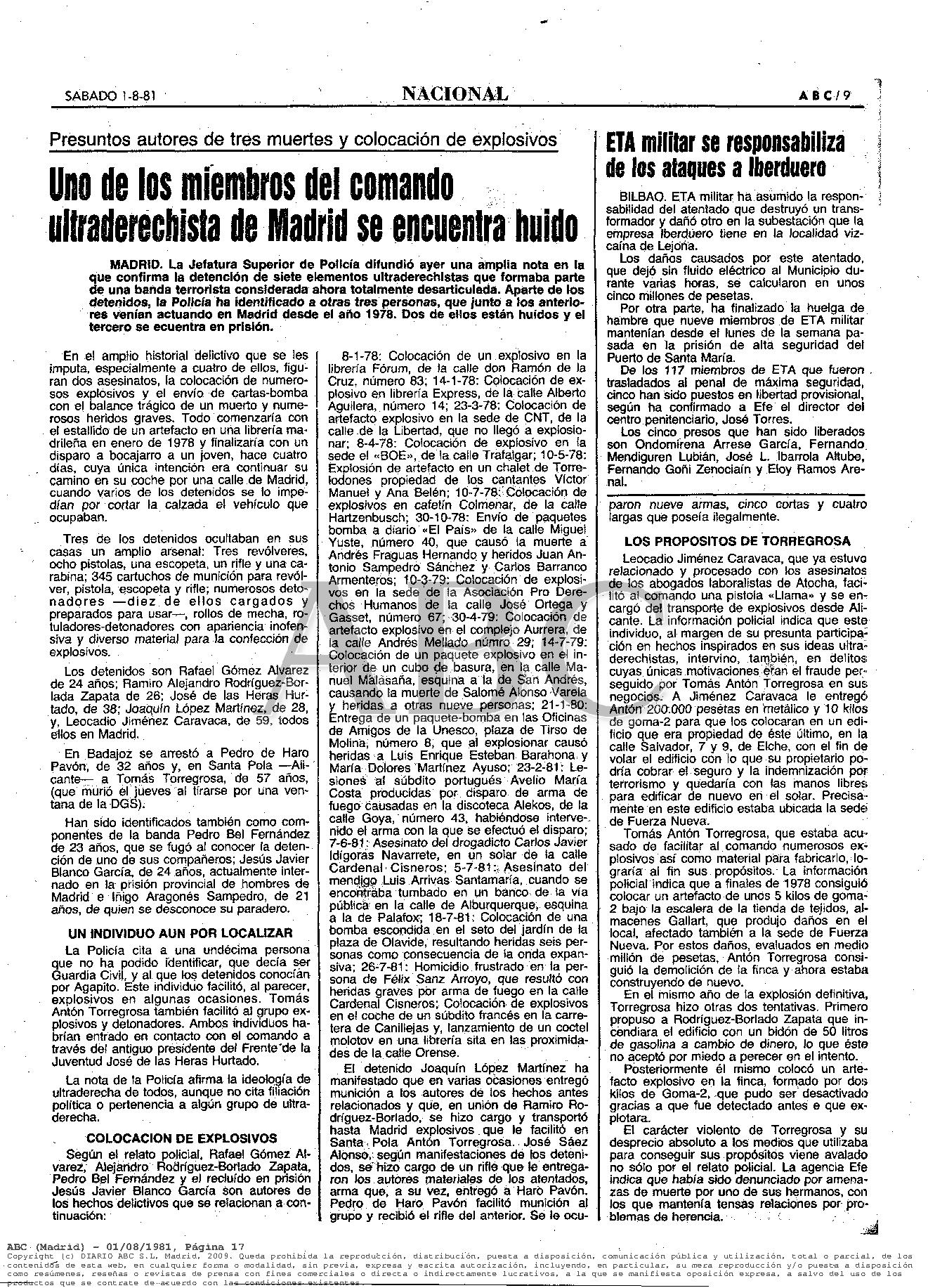