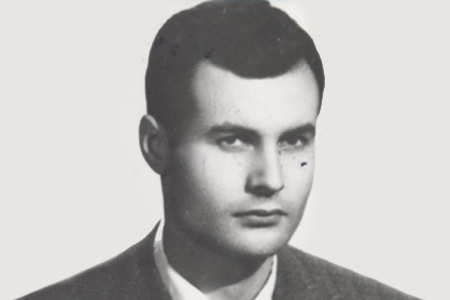 On the night of 27 November 1980, four friends —Miguel Ángel San Martín Fernández, Carlos Fernández Valcárcel, Joaquín Martínez Simón and José Luis Hernández Hurtado— went to the “Chistera” bar in Logroño, which was frequented by members of the police force. At around 9.40 pm, as they were leaving the establishment, two terrorists from ETA militar remotely detonated a device consisting of explosives and shrapnel hidden in a rented car they had parked close to the bar. The only one of the four to survive the explosion was José Luis Hernández.

Carlos Fernández Valcárcel, born in La Coruña, was a non-commissioned officer in the Higher Police Force (Secret Police) and had two children. As a result of the explosion he suffered blast injuries (barotrauma) to the lung and abdomen and serious injuries throughout his body. He died in hospital five days after the attack, on the evening of 2 December. 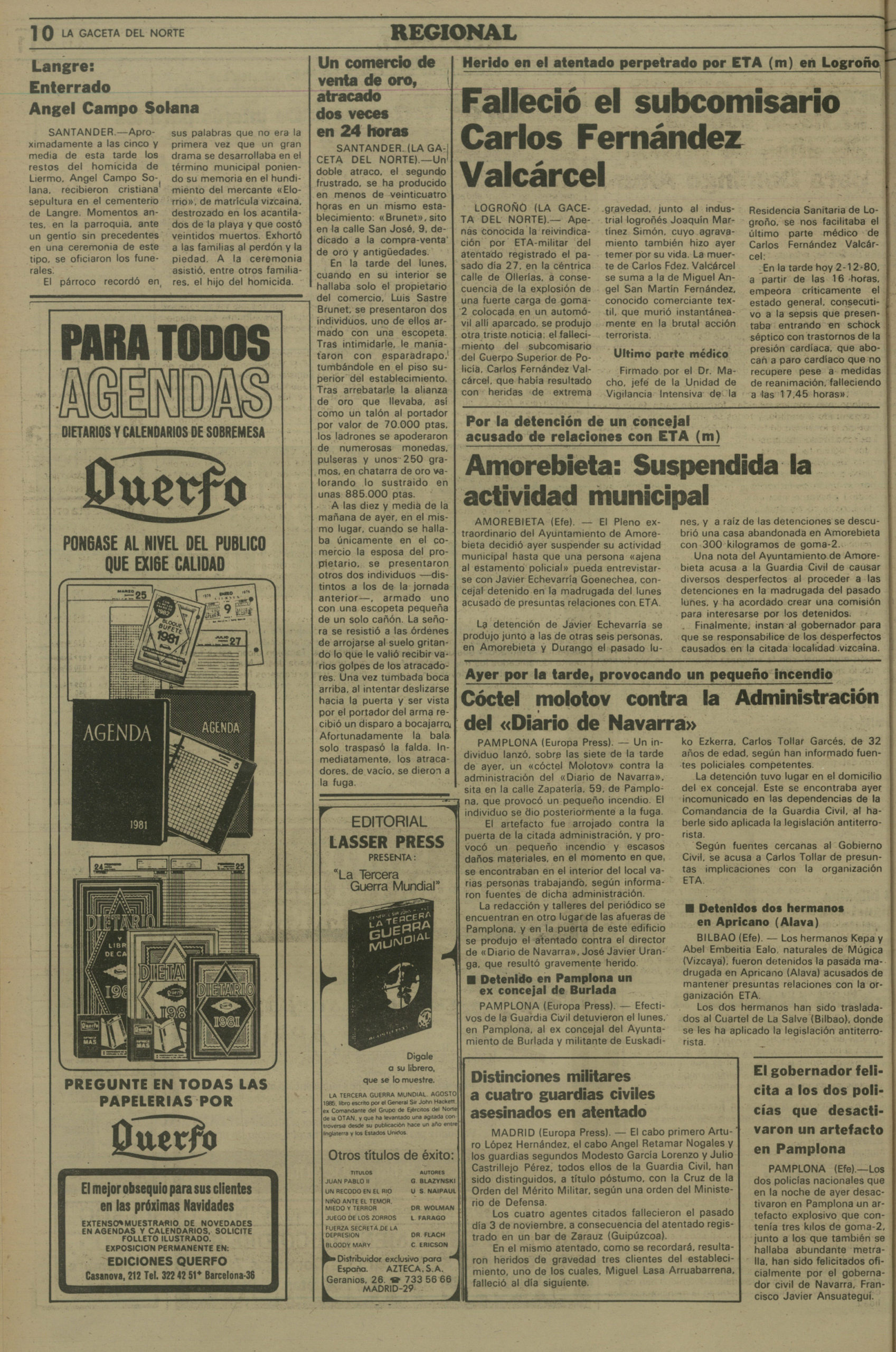