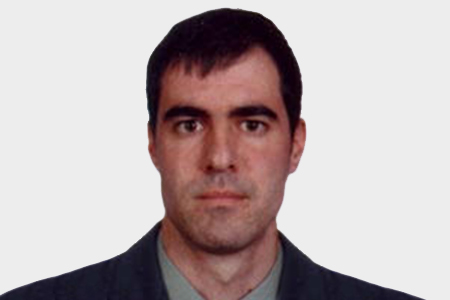 On the afternoon of 30 July 2009, Civil Guard officers Carlos Enrique Sáenz de Tejada and Diego Salvá Lezáun were walking to their official vehicle, a Nissan Patrol which was parked in front of the reports centre in Palmanova, Calvià (Balearic Islands), to drive it to the mechanic’s. Around 2 pm, as they were getting into the car dressed in plain clothes, and before they started the engine, an explosive device attached to the underside of the car went off. The car and its occupants were blown apart.

Carlos Enrique Sáenz de Tejada García was 28 years old and had joined the Civil Guard a year before from the Transmissions Unit of the Army. The island of Mallorca was his first posting. At the time of his death, he was Diego Salvá’s instructor. 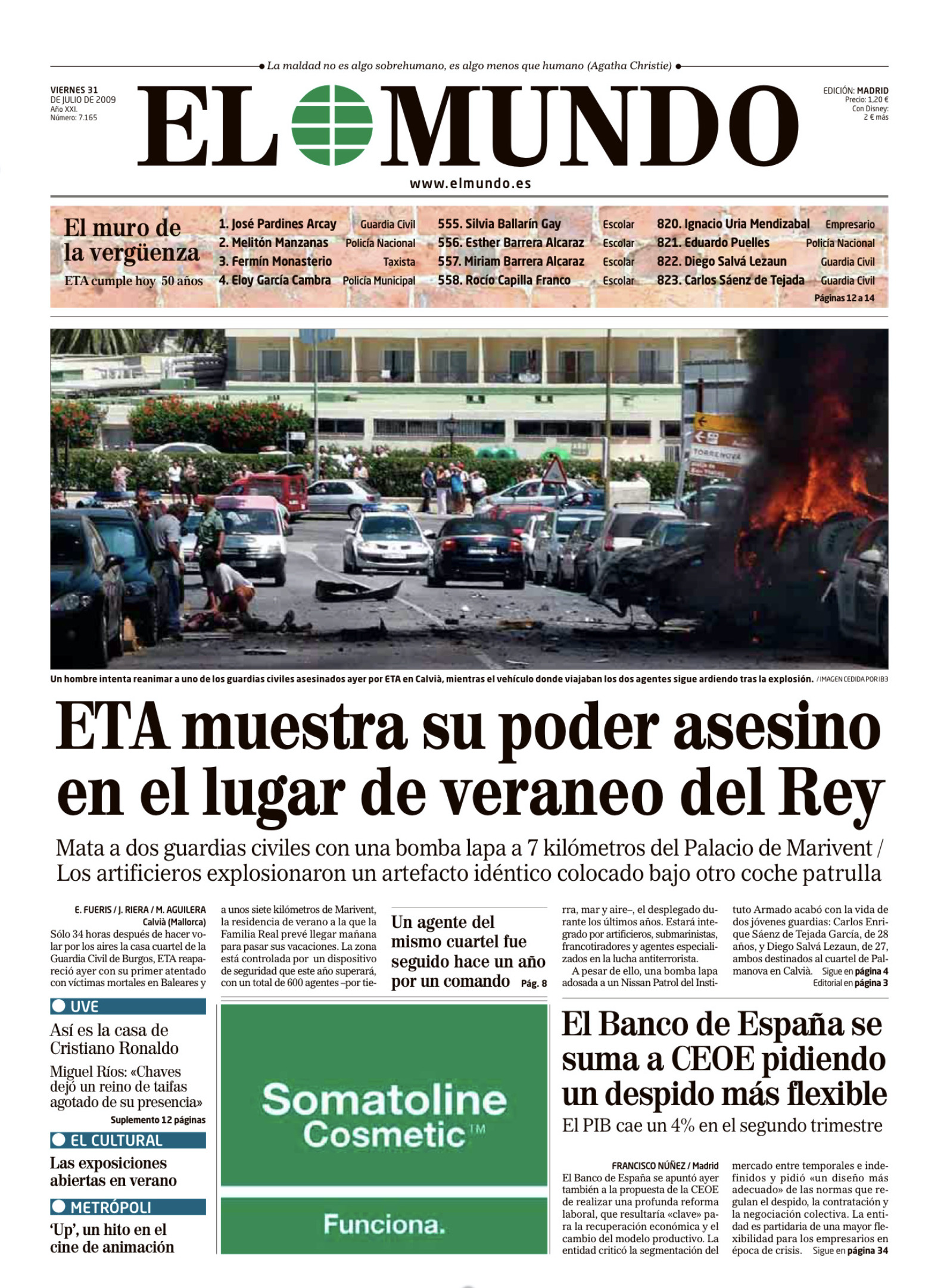 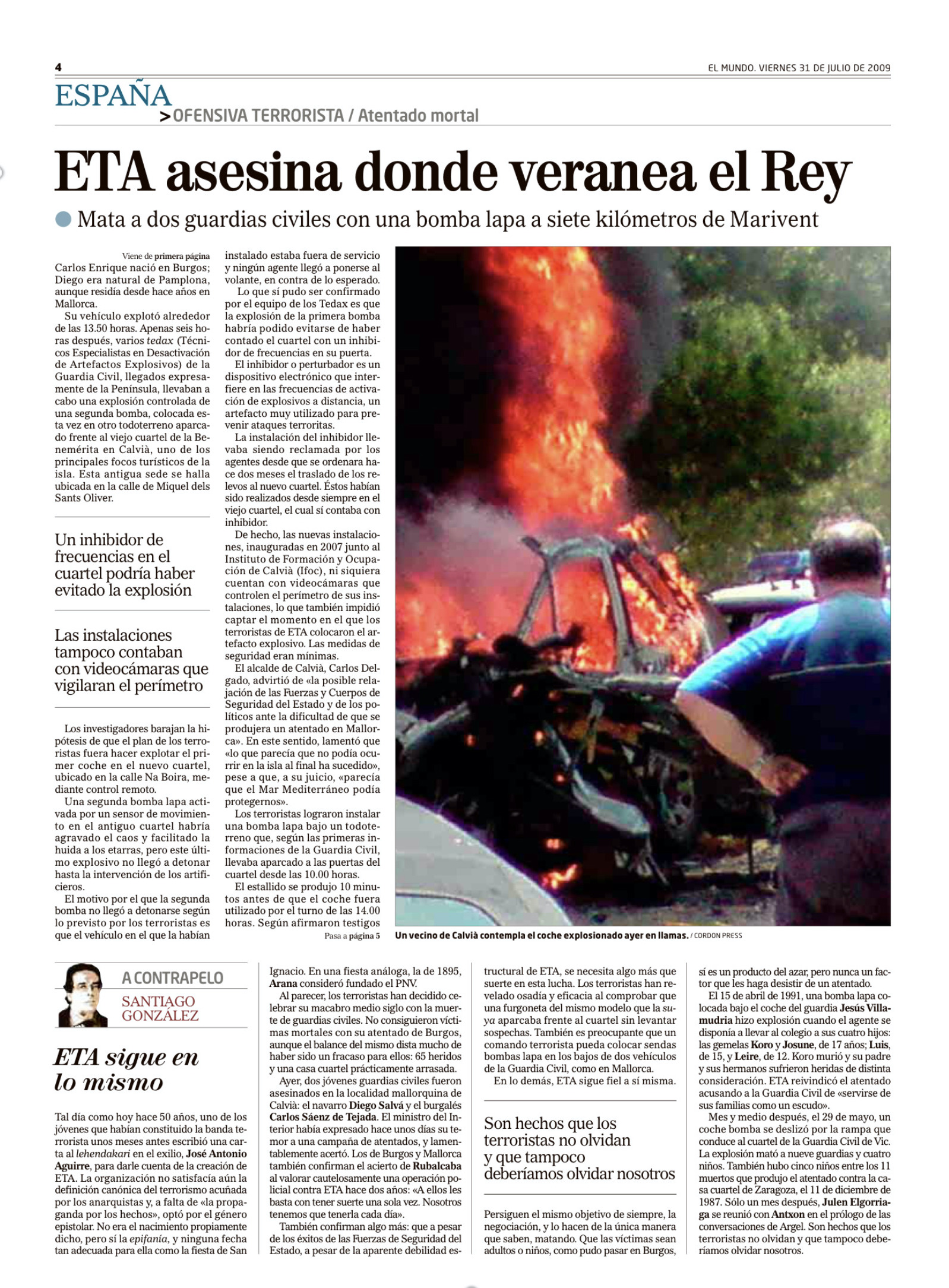 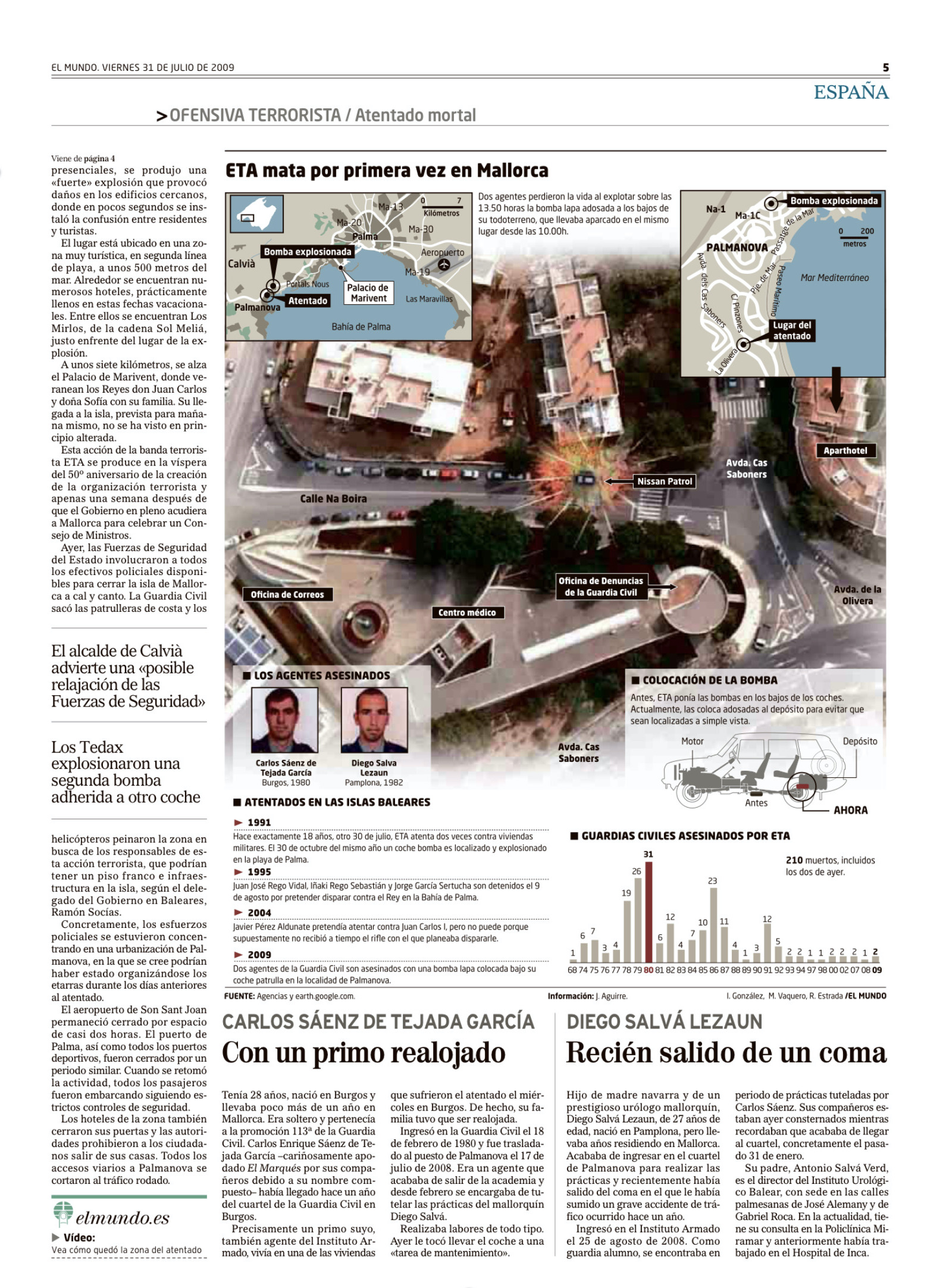 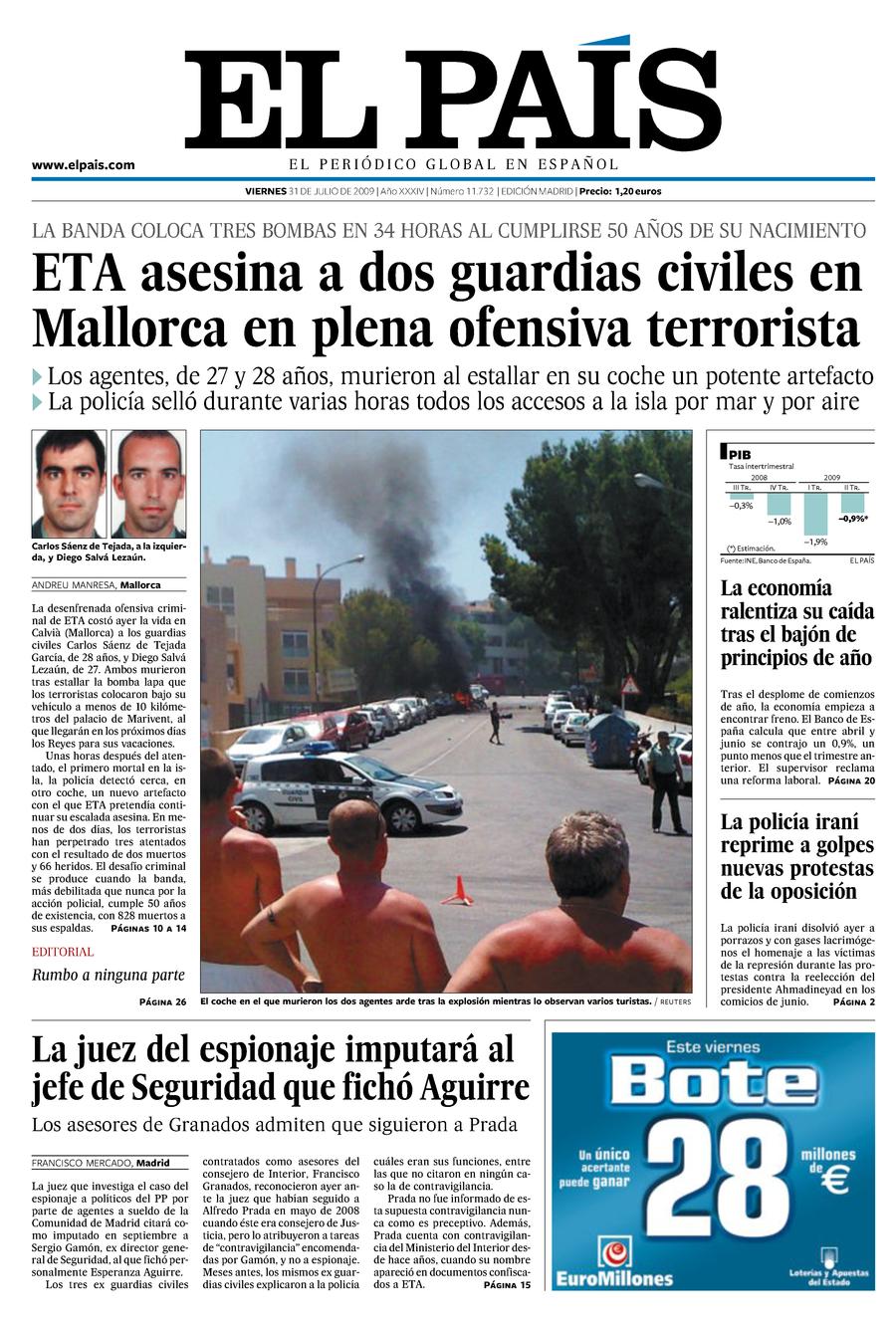