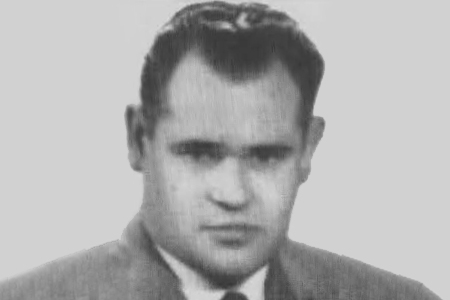 Carlos Arguimberri Elorriaga was killed by ETA on 7 July 1975. He was much-liked in his home town of Deba. Those who knew him said that he was “very hard-working and always ready to do a favour”. There were widespread accusations in the town that he was an informer. Members of a Catholic group had painted graffiti saying “death to Carlos” and ETA set fire to his bus before assassinating him.

The murder took place at noon at Kilometre 40 of the Bilbao-San Sebastián national road, when Carlos was driving a large number of passengers from Deba to the village of Icíar. Two ETA terrorists who were on the bus approached the driver and forced him to turn off the main road. After shouting “You are a dog” at him in Basque, they shot him nine times in the back from point-blank range. Among the twenty-two passengers of the bus were Carlos’s brother and sister, who witnessed the crime.

As the terrorists made off, they fired several shots at the bus to prevent any passengers from following them. Carlos’s murder marked the beginning of a campaign of attacks against people ETA accused of being police informers. 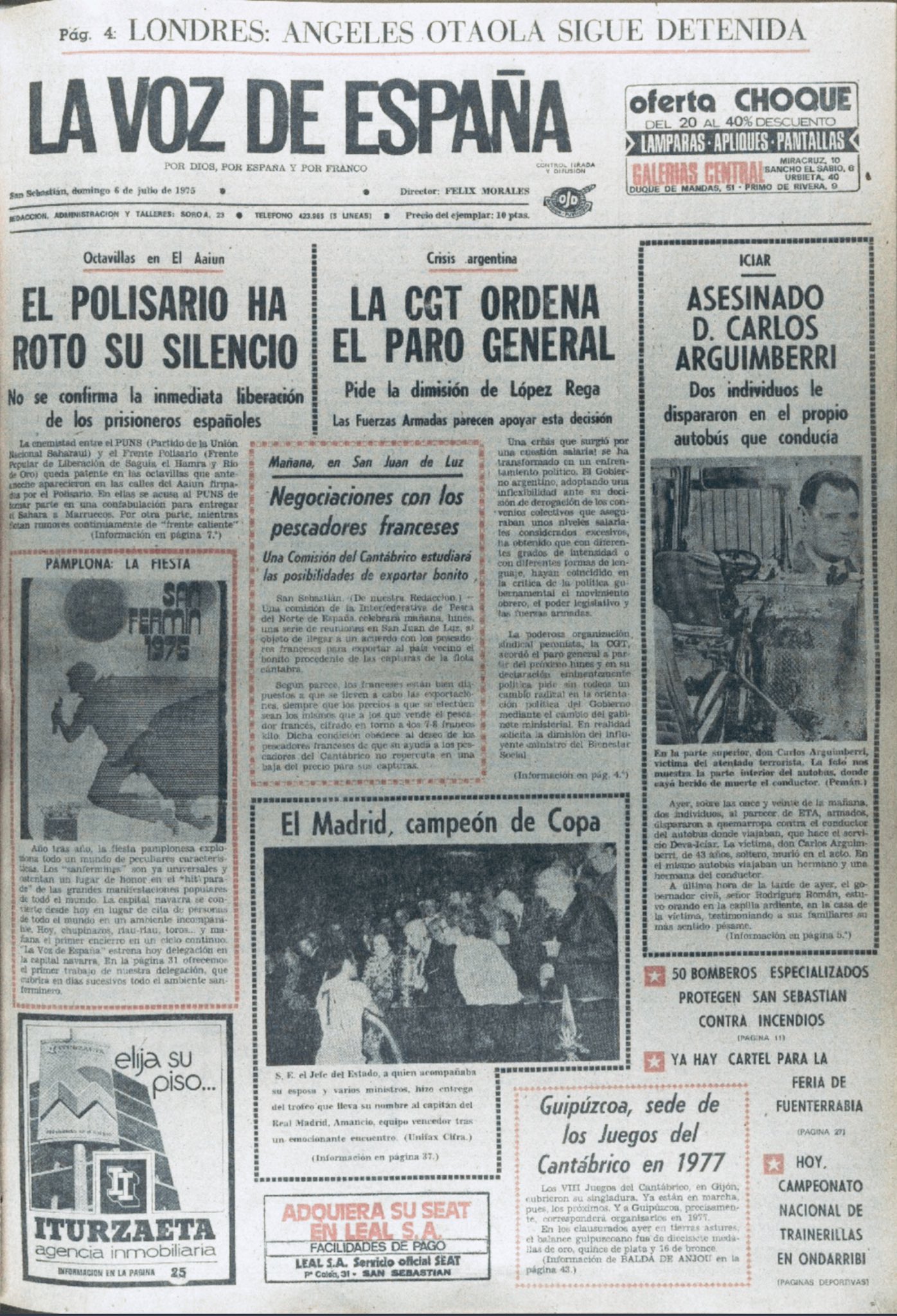 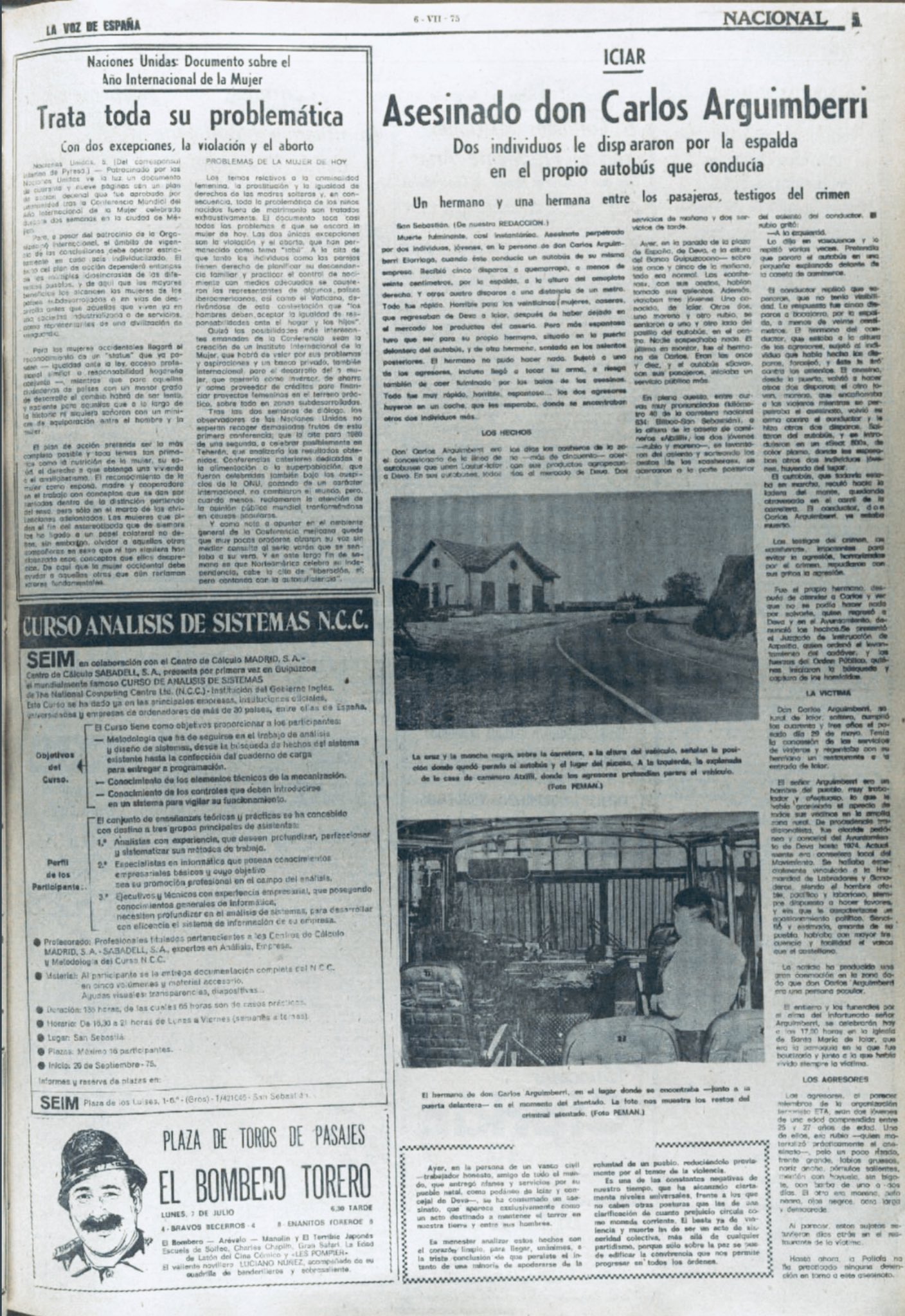 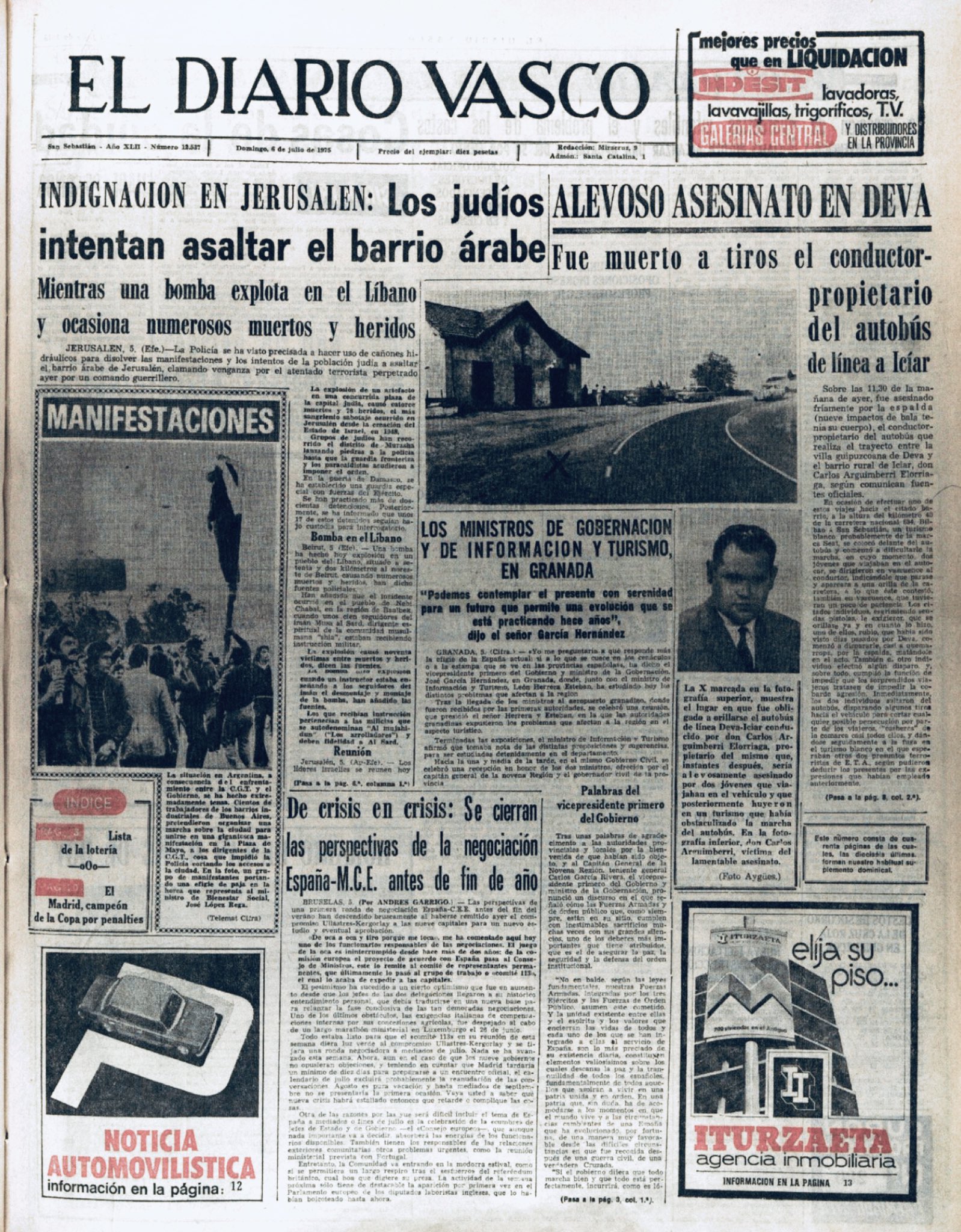 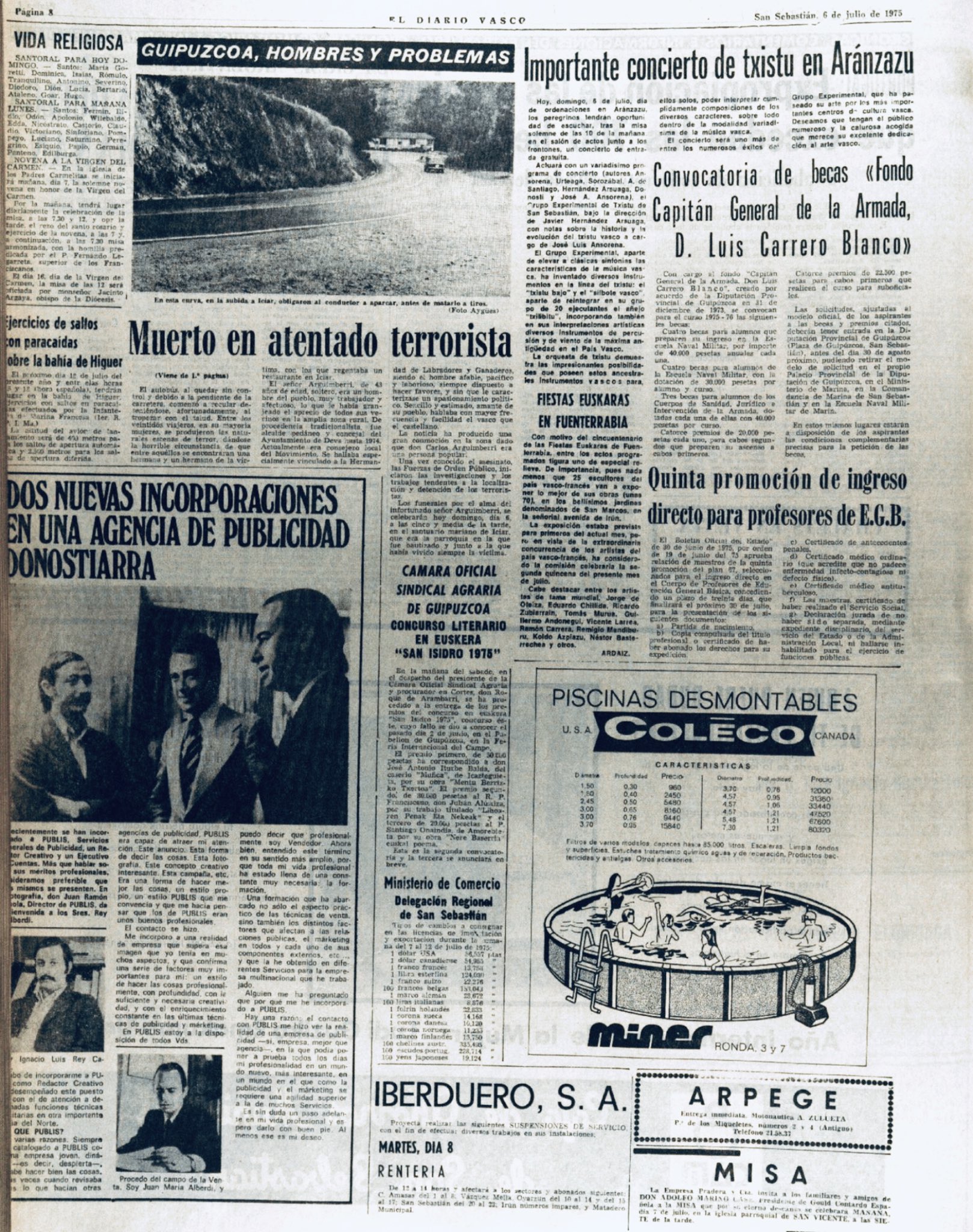