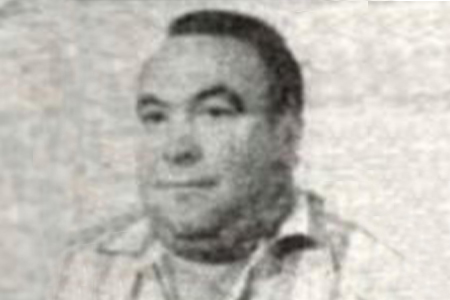 Cándido Cuña González was first attacked by terrorists in 1979, when he survived being shot eight times. He continued with his life and was a regular at the Tres Cepas bar, on Calle Zubiaurre in Rentería. On 20 October 1983, two terrorists called out to him from the door of the establishment and shot him at point-blank range.

Amongst the first people to go to the scene of the attack were two of his three children. In an interview, one of them, Manu, talked about the days immediately following the attack: “My mother spent the next three days just sitting in the corridor, with the front door open, waiting for my father to come home”. ETA accused the baker of collaborating with the Civil Guard. In fact, the only link was that he sold bread to the town’s barracks.