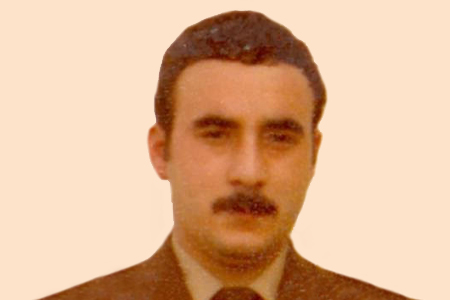 Bernardo Pérez Sobrino was a regular at the Bautista bar in the Uretamendi district of Bilbao, where he would meet up with some friends for coffee and a game of cards. On 2 April 1984, an unknown individual entered the bar and ordered a drink. He then pulled out a gun and shot Bernardo at point-blank range, hitting him in the neck. The victim fell to the ground, mortally wounded. The terrorist got away in a car with two other terrorists. One of the bullets struck the owner of the bar, Lisardo Landeta, who had to undergo surgery on his arm at Basurto hospital.

The perpetrator of the crime was ETA member José Félix Zabarte, who was later convicted of another two murders, including that of a pregnant woman. Following repeal of the “Parot doctrine” (which removed specific rights from the perpetrators of serious crimes), Zabarte was released from prison two years early in 2013.

Although he was born in Ciudad Real, Bernardo Pérez had moved to the Basque Country as a teenager. He joined the National Police at the age of 24 and was posted to Bilbao, where he was killed by ETA.