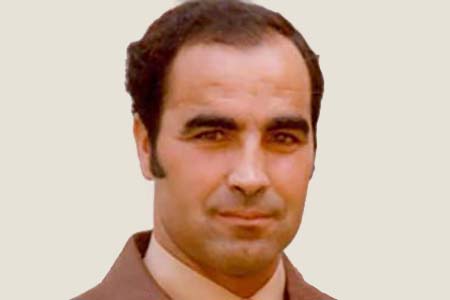 At around 9.30 am on 4 October 1988, National Police officer Bernardino Ortega Ransanz was on guard duty at the door of the central National Identification Document offices, at No. 18, Calle Santa Engracia, when a vehicle halted in front of the building. Three members of GRAPO got out of the car and mingled among the many people waiting to have their papers processed. One of the terrorists walked up to Bernardino Ortega and shot him in the cheek. When he fell to the ground, the man tried to shoot him again, but missed. The terrorist then took the dead officer’s gun, while the other two GRAPO members threatened the members of the public and made off with a large number of blank identity cards. Bernardino Ortega’s fellow officer, José María Herrero, tried to stop the terrorists, who shot him in the leg.

Bernardino Ortega was taken to the Central Red Cross Hospital on Avenida de la Reina Victoria, but he was pronounced dead on arrival. He was married and had two daughters aged eight and fifteen. He was originally from Boos, a town in Soria where he was buried.